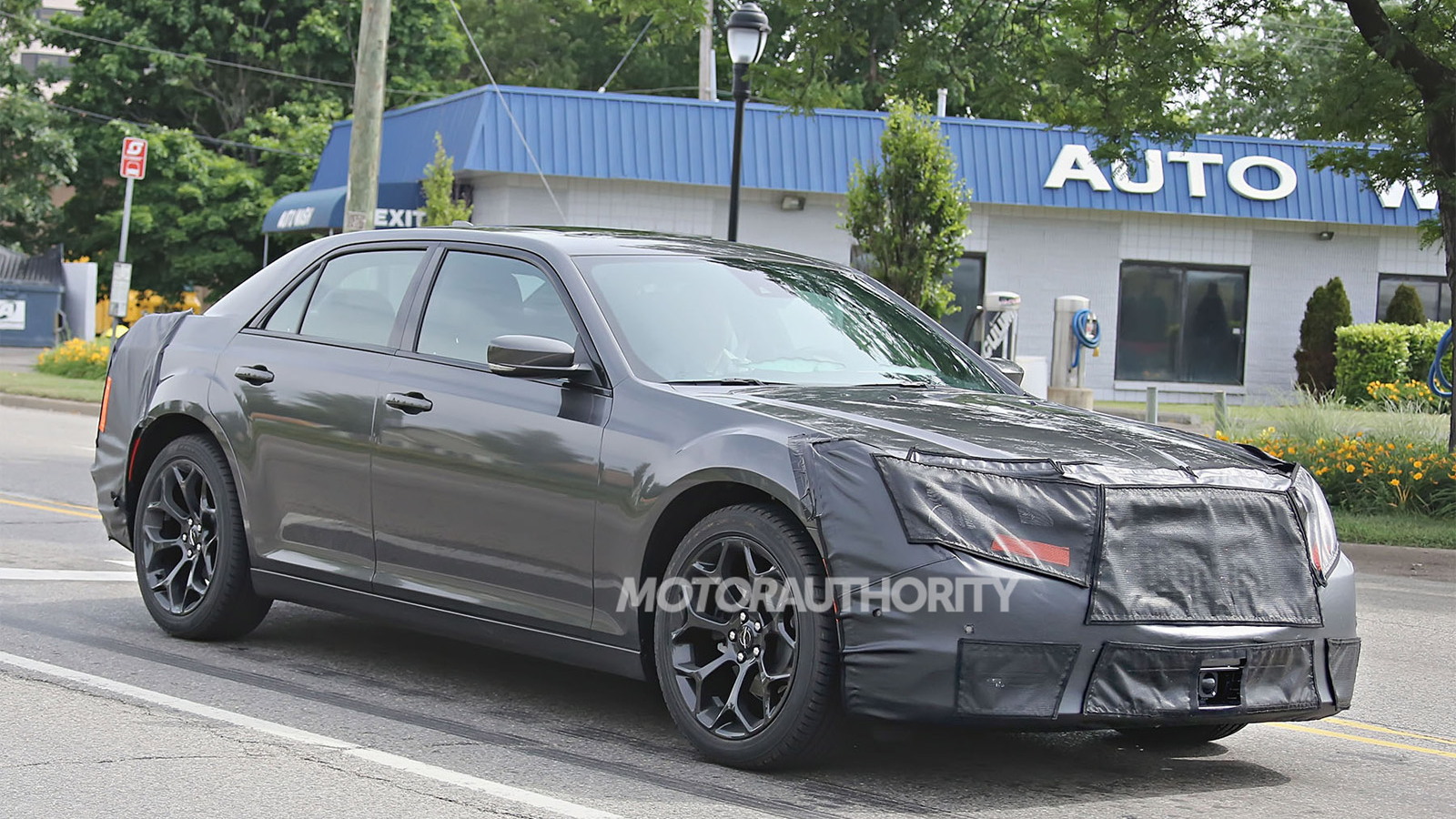 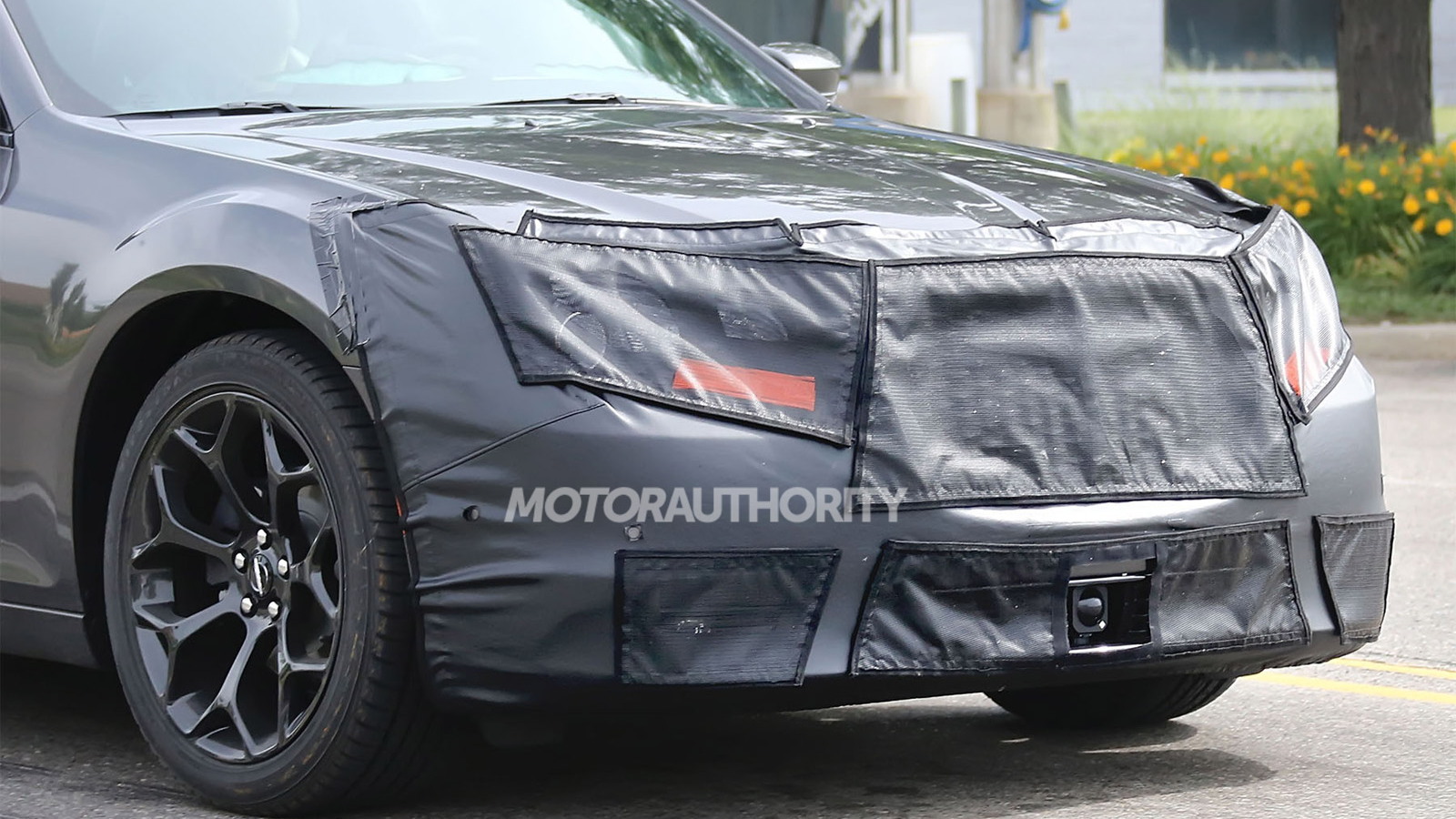 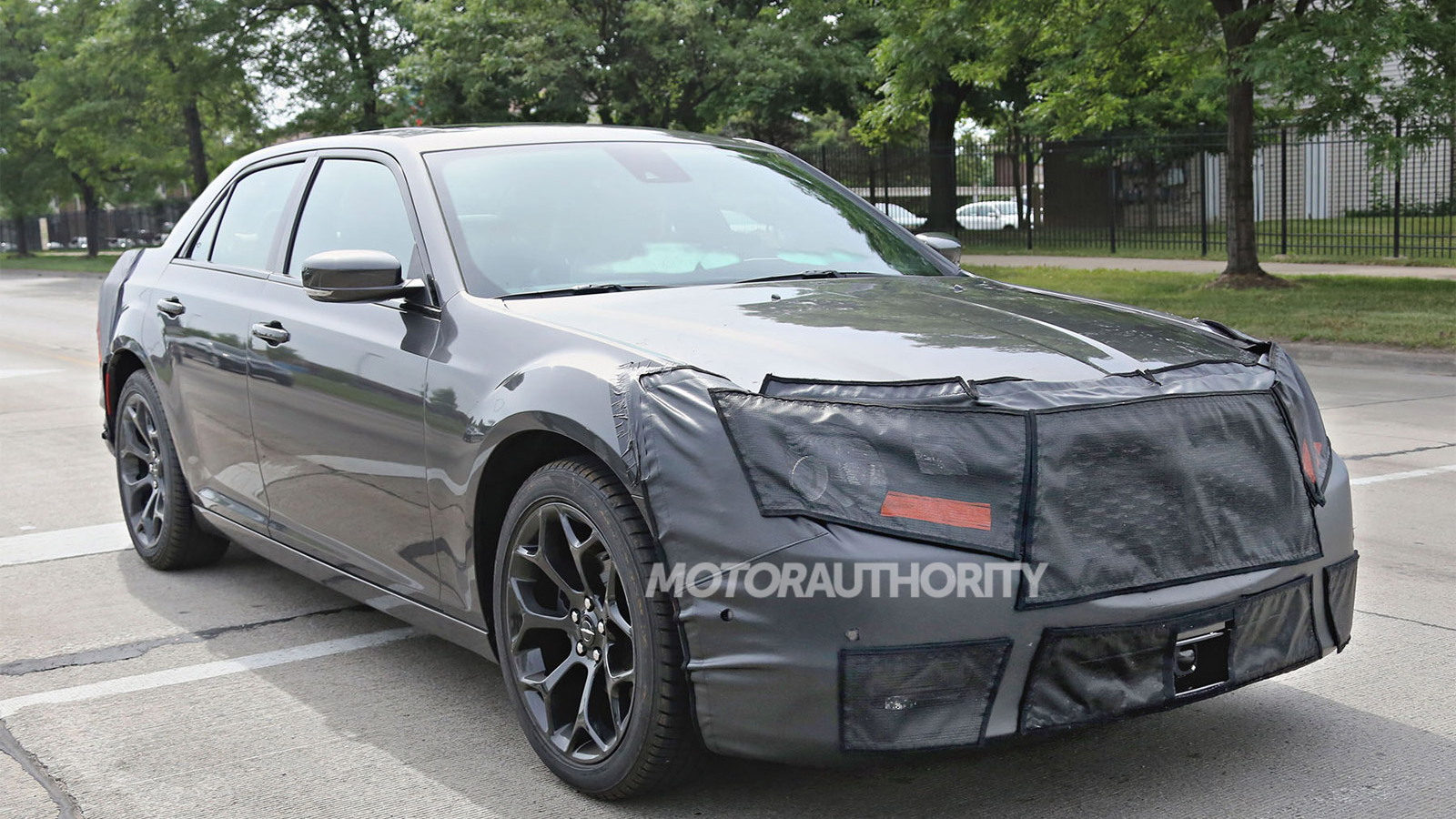 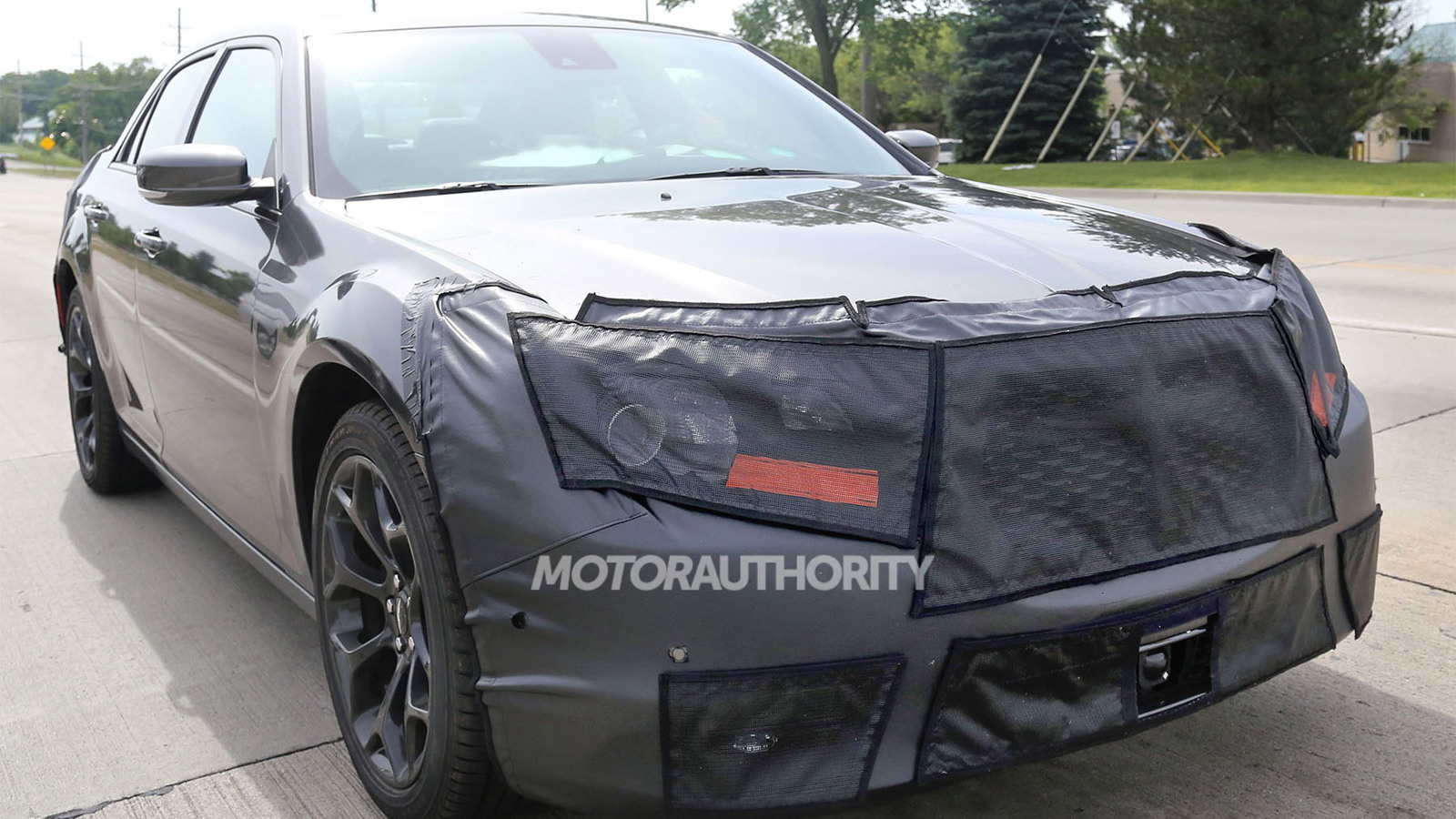 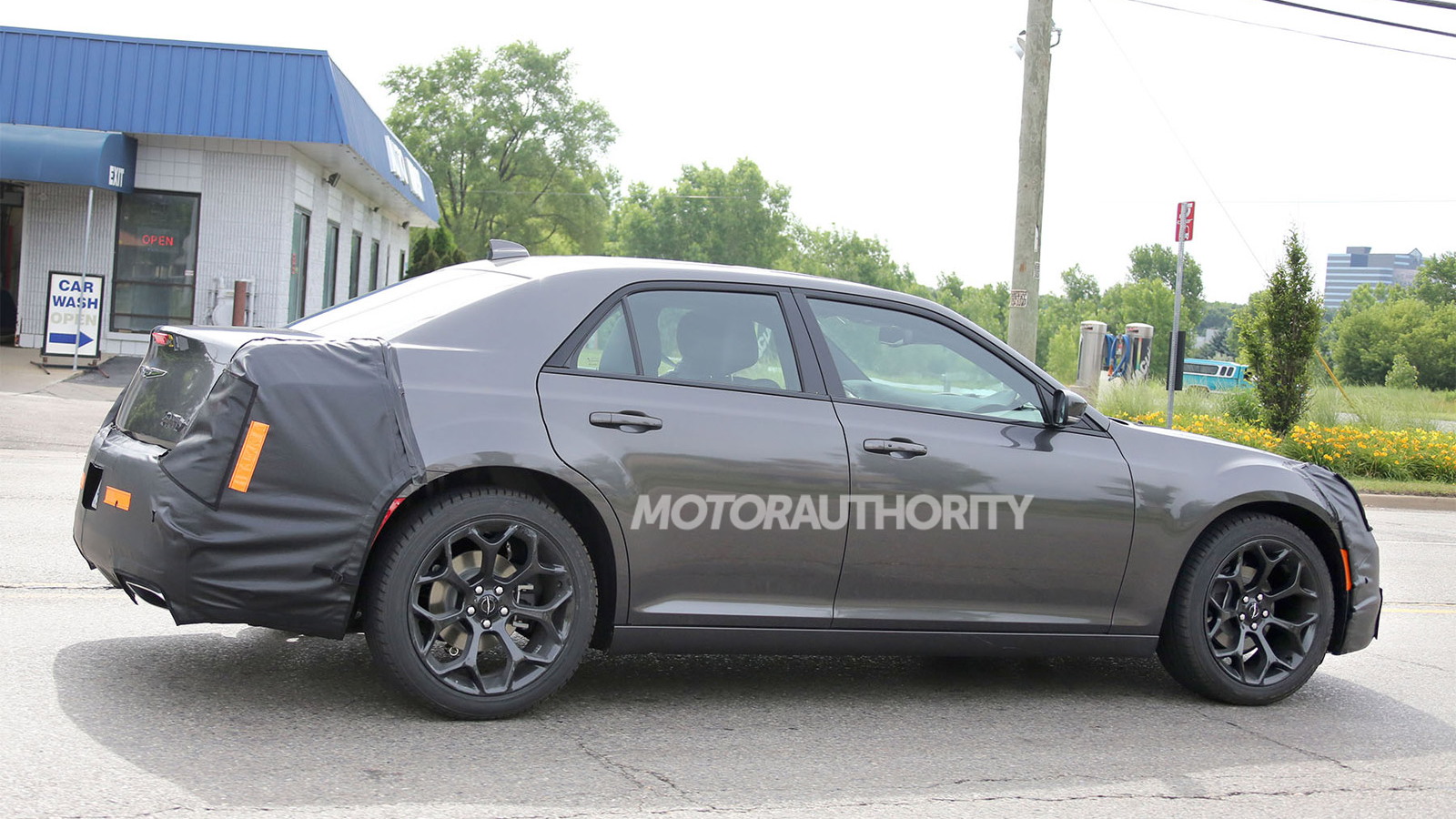 16
photos
These are the first spy shots of a facelifted version of the Chrysler 300 due out later this year, as a 2015 model. Being a mid-cycle update (the current 300 was all-new for 2011), the updates to the car aren’t extensive though they should help the big and boxy sedan fit in with a raft of incoming Chrysler models featuring the brand’s sleek new look that debuted on the 2015 200.

As the spy shots confirm, the 2015 300 will be receiving new bumpers and rectangular-shaped exhaust tips similar to those fitted to the 200. The headlights also appear to feature a revised design, and under the covers promises to be a bold new grille complete with Chrysler's winged logo.

The interior of the 2015 300 is also getting a revamp, as evidenced by the heavy camouflage gear. From what we can see, the controls on the center stack are new and feature a layout similar to that seen in the 2015 Dodge Charger. A new instrument cluster and additional connectivity features should also feature.

In the engine department, the 2015 300 should continue with a 3.6-liter Pentastar V-6 as its base option, with the engine sticking with its 292 horsepower and 260 lb-ft of torque output (300 hp with sport kit). A 5.7-liter HEMI V-8 will continue to be available, still with an output of 370 hp and 395 lb-ft of torque. Unfortunately for performance fans, we hear that the 300 SRT option is being dropped, since SRT has been repositioned as the official tuner for Dodge.

For 2015, an eight-speed auto will be fitted across the range, and customers will still have the choice of standard rear-wheel drive or available all-wheel drive on V-6 models.

Stay tuned for updates as development of the 2015 Chrysler 300 continues, and look for a debut at the 2014 Los Angeles Auto Show in November.