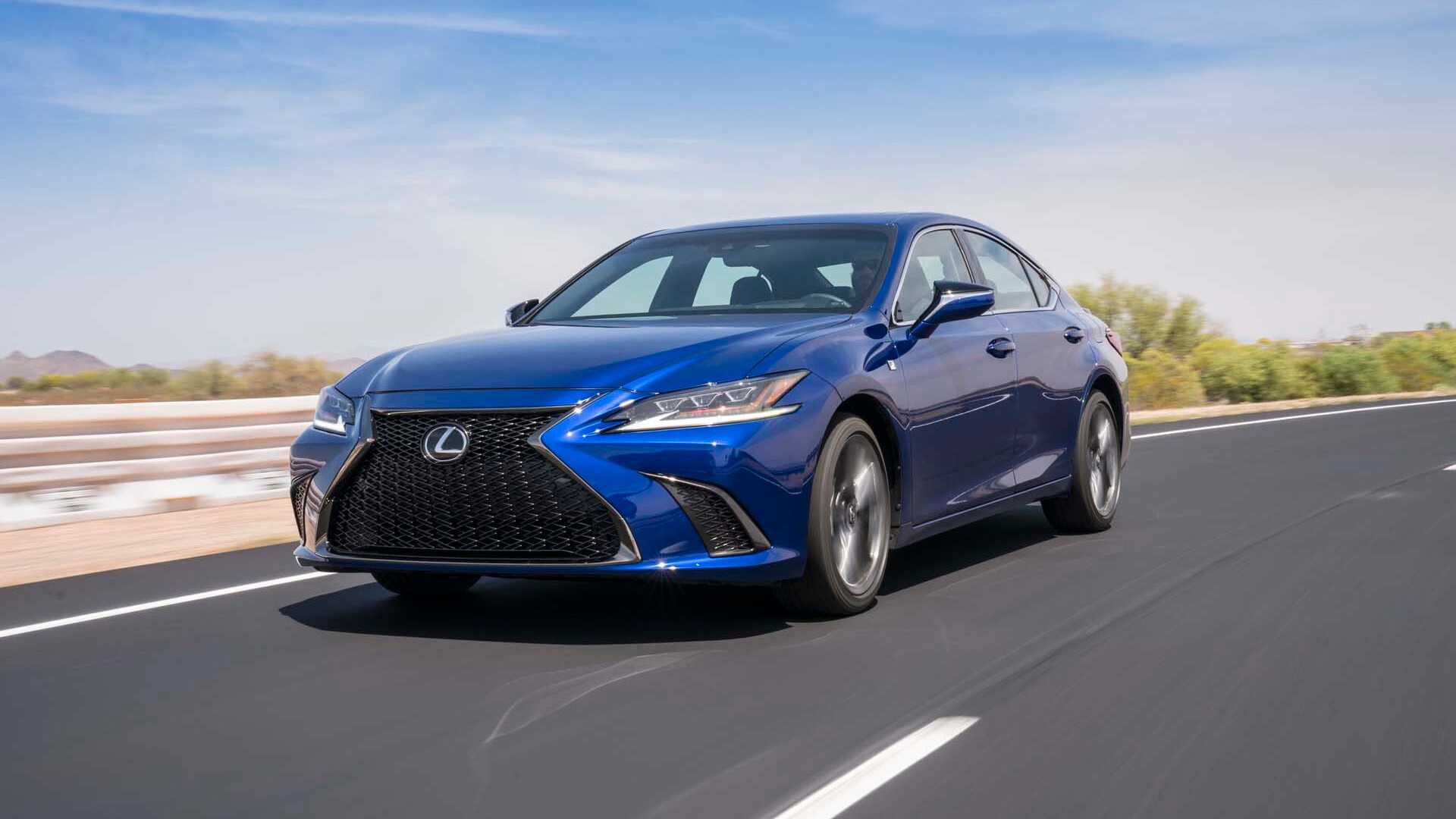 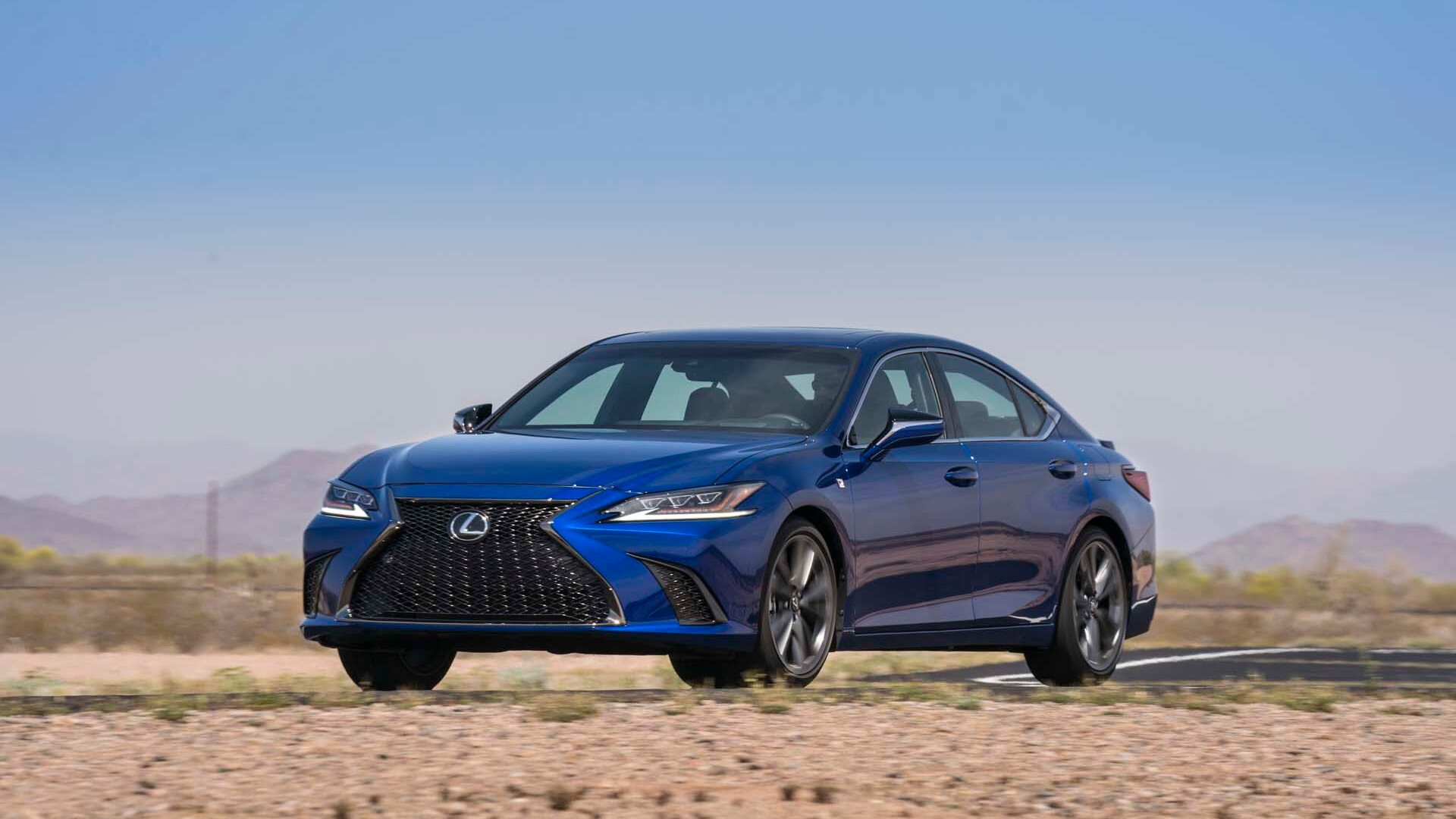 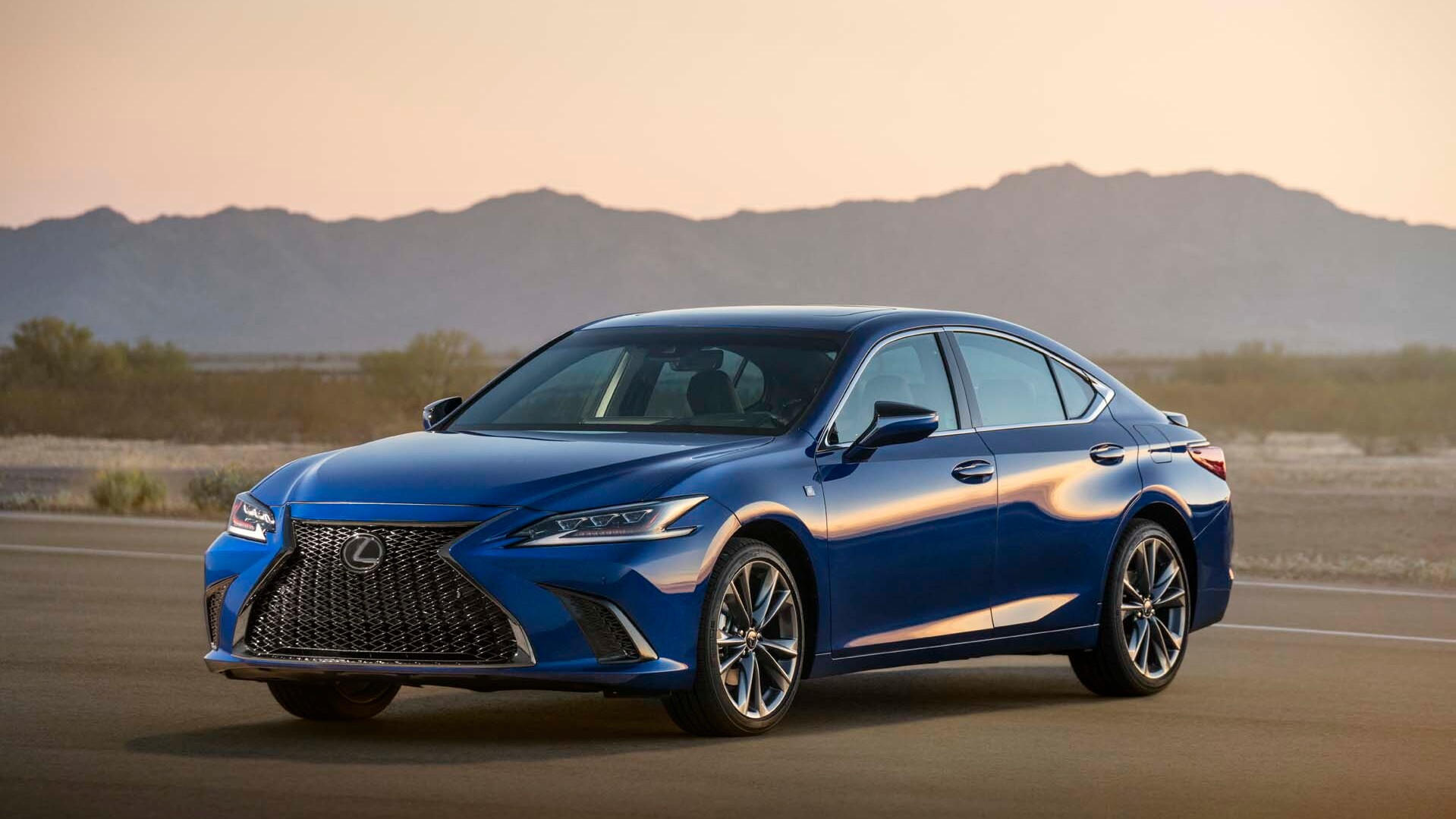 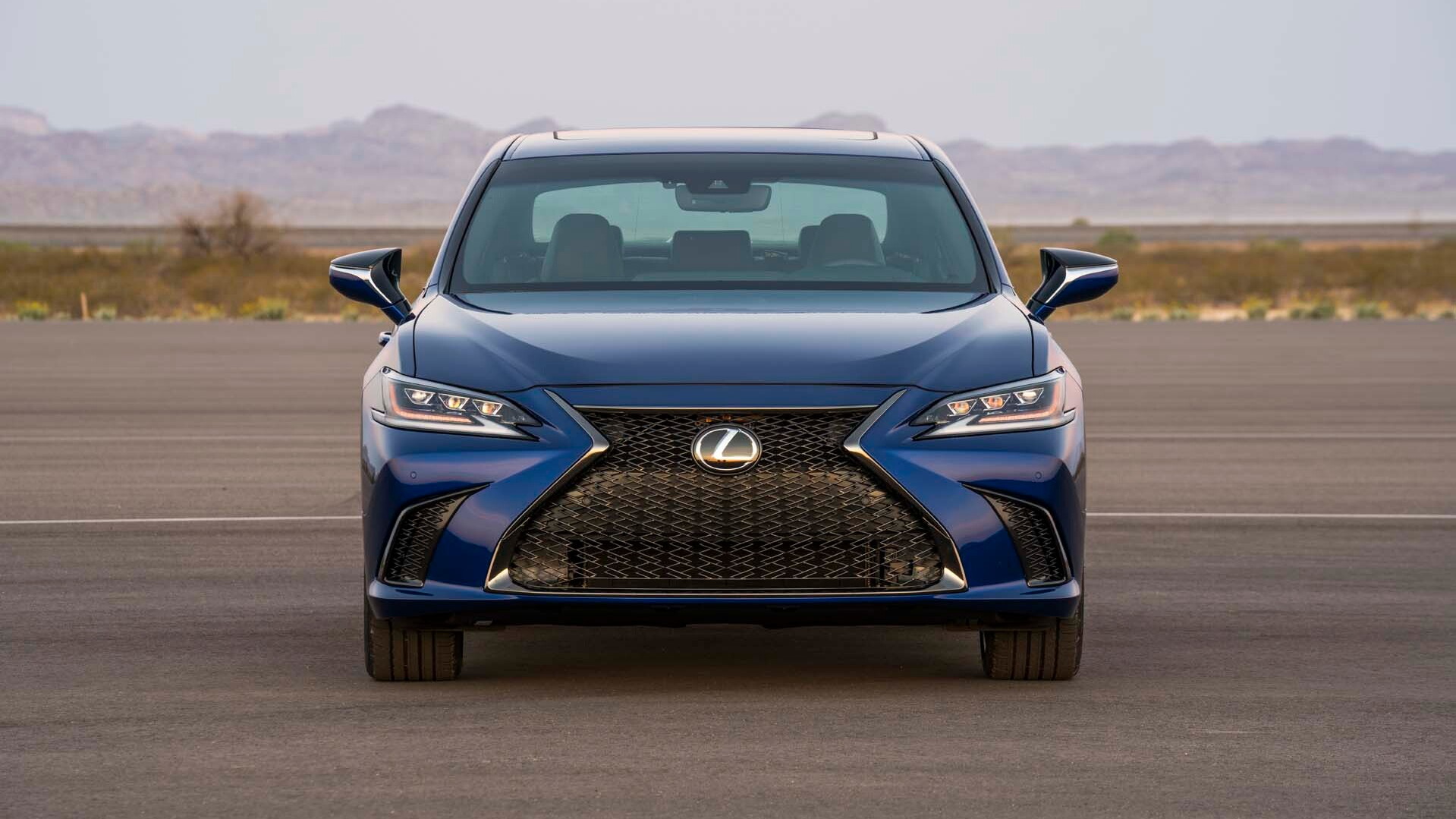 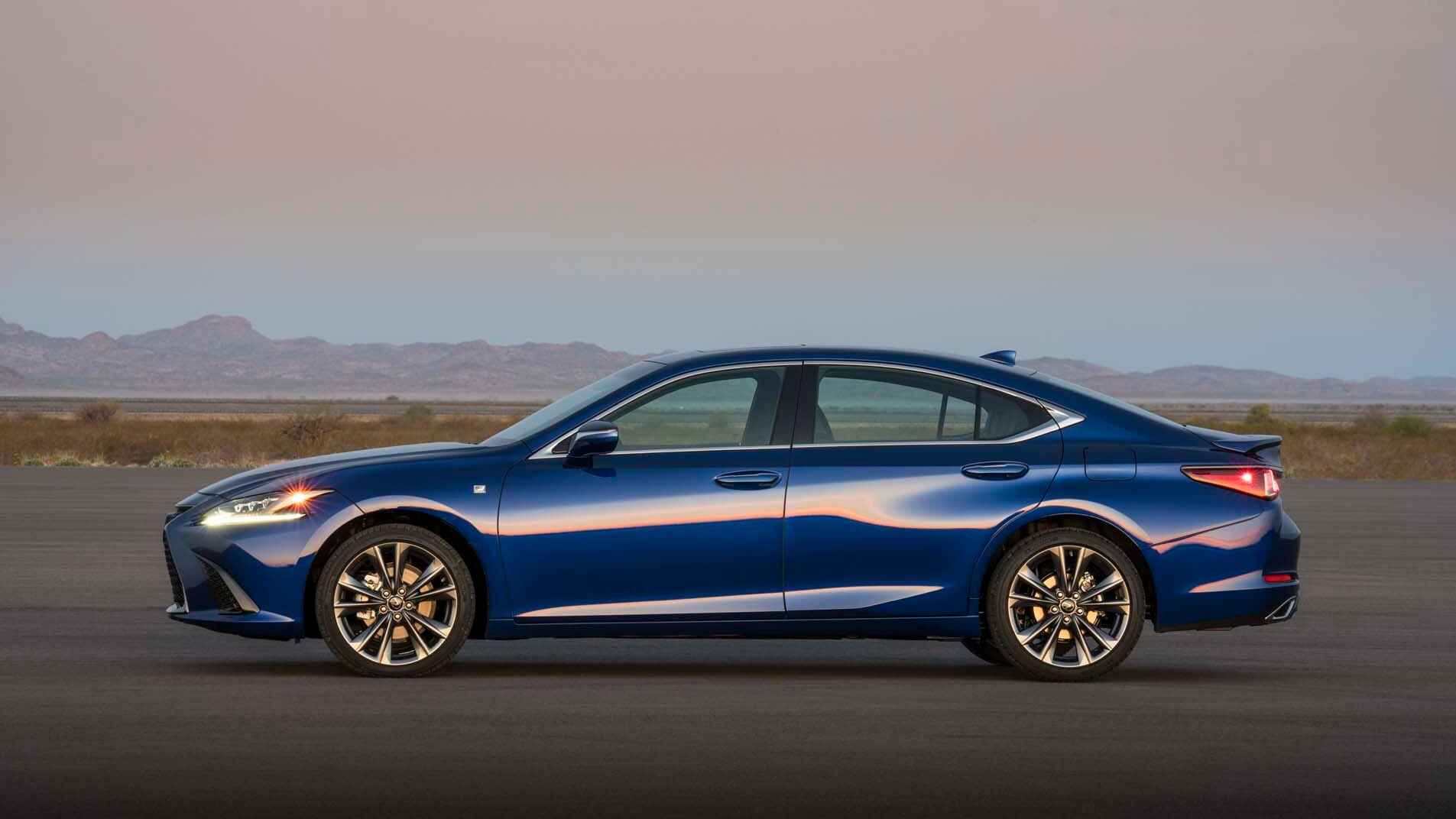 Lexus on Tuesday unveiled a redesigned ES that's set to rewrite everything that comes to mind when one normally thinks of the popular mid-size luxury sedan, so much so that it may even fill the role of the GS whose sales pale in comparison to the current ES.

The new ES reaches showrooms in September as a 2019 model and brings with it a sharp new look, a more dynamic platform, and the nameplate's first-ever F-Sport option.

The car is still based on a front-wheel-drive platform, in this case Toyota's GA-K modular design which has been crafted under the automaker's TNGA guiding principles of low weight and a low center of gravity. The GA-K platform is found in the latest Camry and Avalon. In fact, the 2019 ES is most closely related to the Avalon but benefits from extra reinforcements to improve its structural rigidity, and in turn its ride and handling.

Size is up compared to the outgoing model, with Lexus claiming an increase in length of 2.6 inches, an increase in width of 1.8 inches. It's lower by a fraction of an inch, just 0.2 inches. Lower and wider is definitely something we dig. The designers have also pushed the wheels closer to the corners by increasing the wheelbase by 2.0 inches to give the car a stance of a proper sport sedan.

In the ES 300h, a 2.5-liter inline-4 running the Atkinson cycle will be mated with an electric drive system for a total 215 hp and estimated fuel economy of 44 mpg combined. This powertrain also spins the front wheels only. Lexus is yet to announce if all-wheel drive will be available on either model.

As mentioned above, there will be an F-Sport option too. It will be available on the ES 350 and adds a rear spoiler, 19-inch wheels, adaptive dampers, and a Sport+ option for the driving modes selector. The latter dials things up on numerous dynamic elements including a system to enhance the sound of the engine.

Inside, there's all the luxury and craftsmanship you've come to expect from Lexus, including premium elements such as real wood and aluminum dash accents. The dash takes on a driver-focused look thanks to the center display screen, instrument panel and available heads up display all located in a tight cluster in the driver’s field of view. Safety includes Lexus' latest electronic driver aids, including new bicyclist and enhanced pedestrian detection systems.

Despite falling demand for sedans, the ES remains an important nameplate for Lexus. It's the third most popular after the after the RX and NX crossovers, with sales in the U.S. in 2017 totaling just over 50,000 units. In contrast, the similar-sized GS managed less than 8,000 units and thus might not be replaced once the current model's run its course.

Pricing for the 2019 Lexus ES will be announced closer to the market launch this fall.

Lexus will present the car for the first time on Wednesday at the 2018 Beijing auto show. For more coverage, head to our dedicated hub.