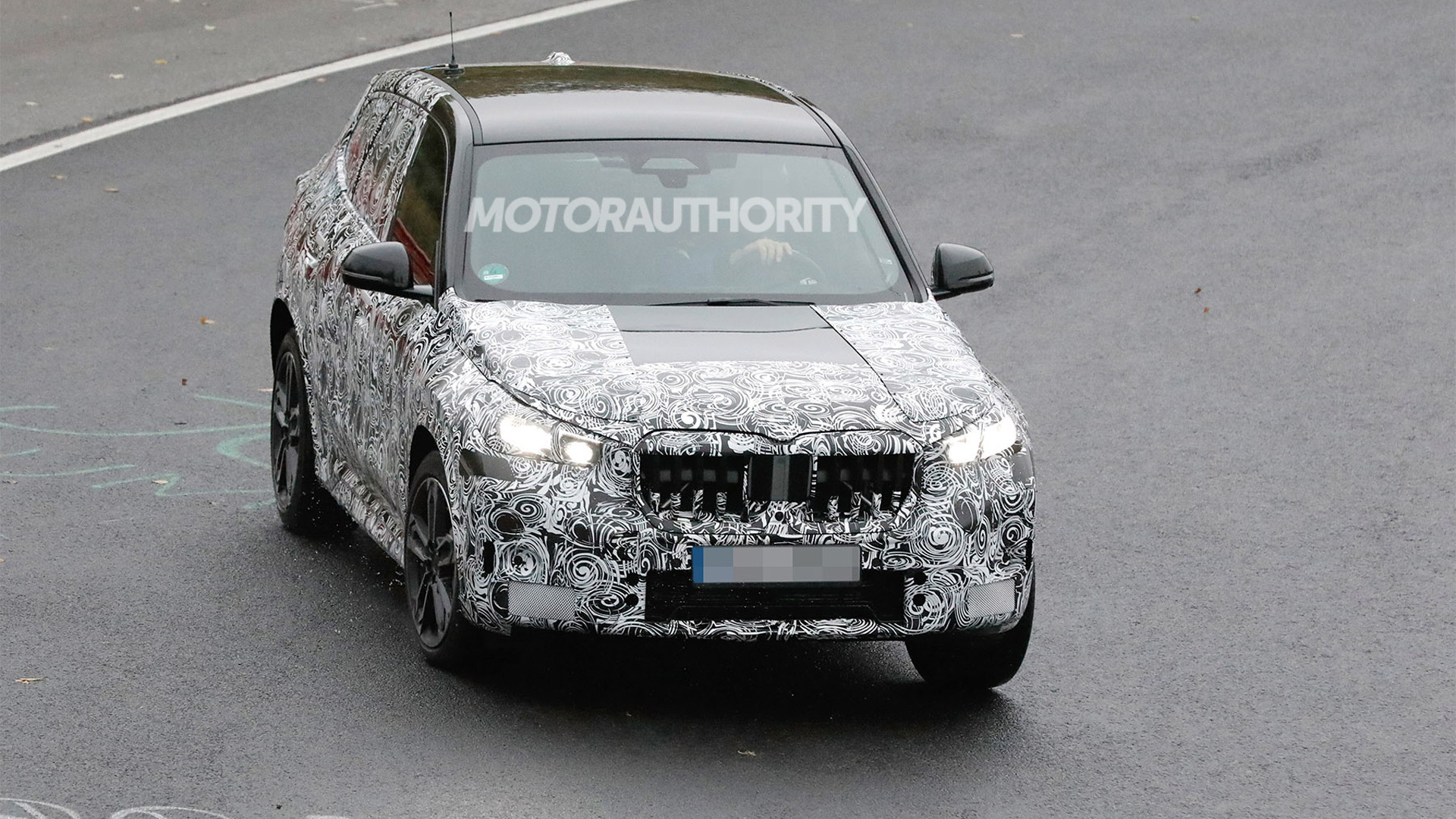 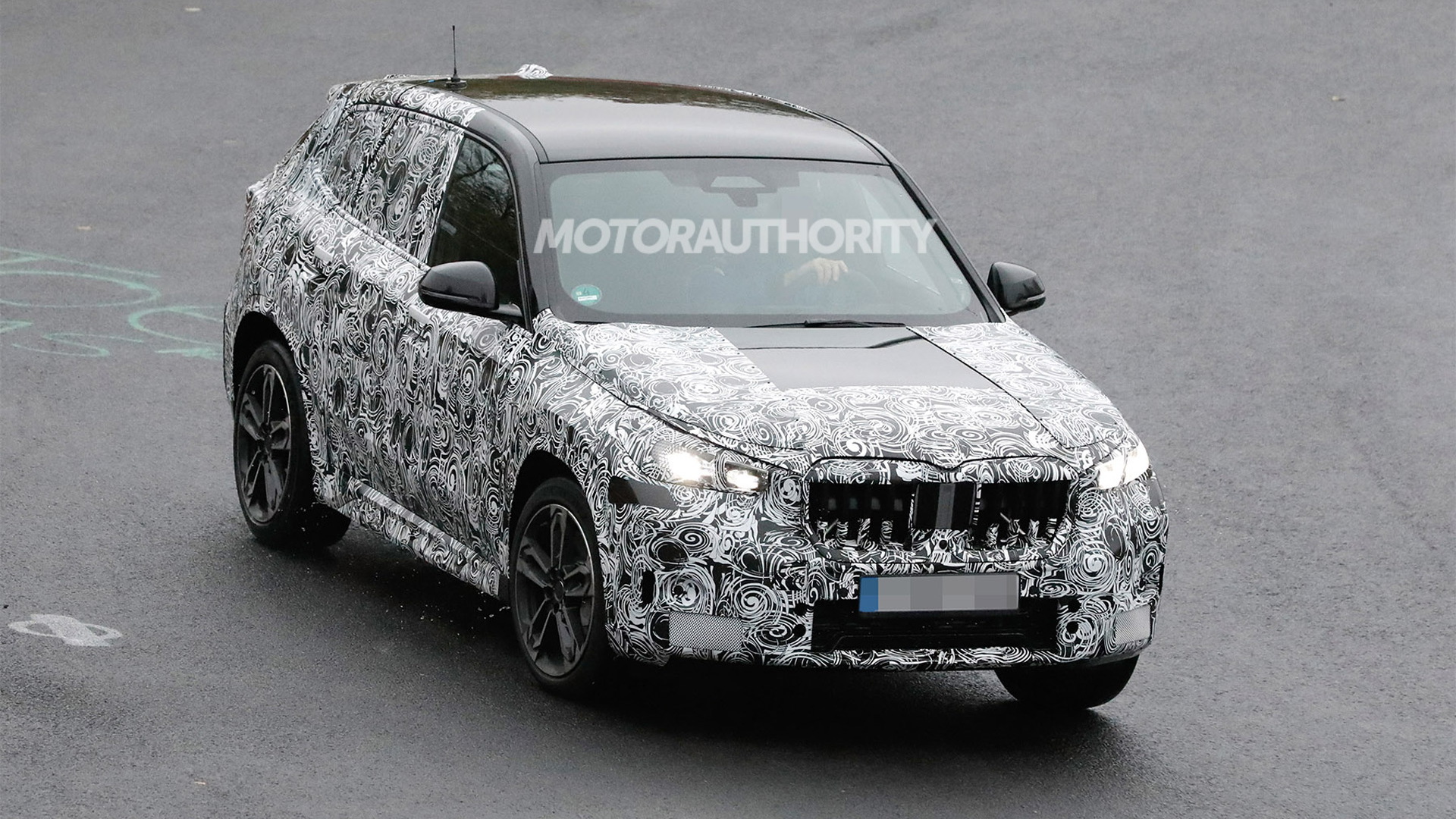 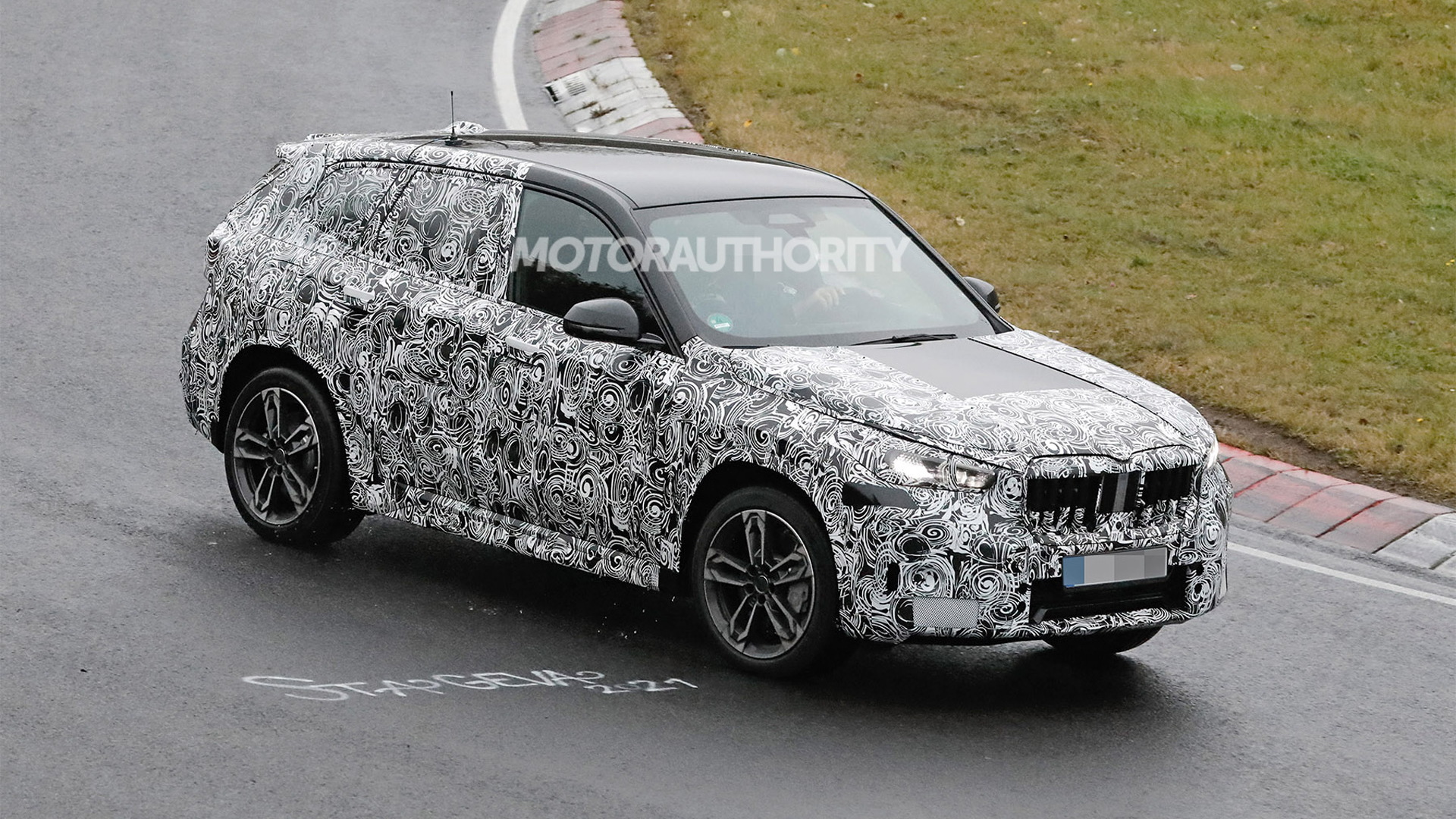 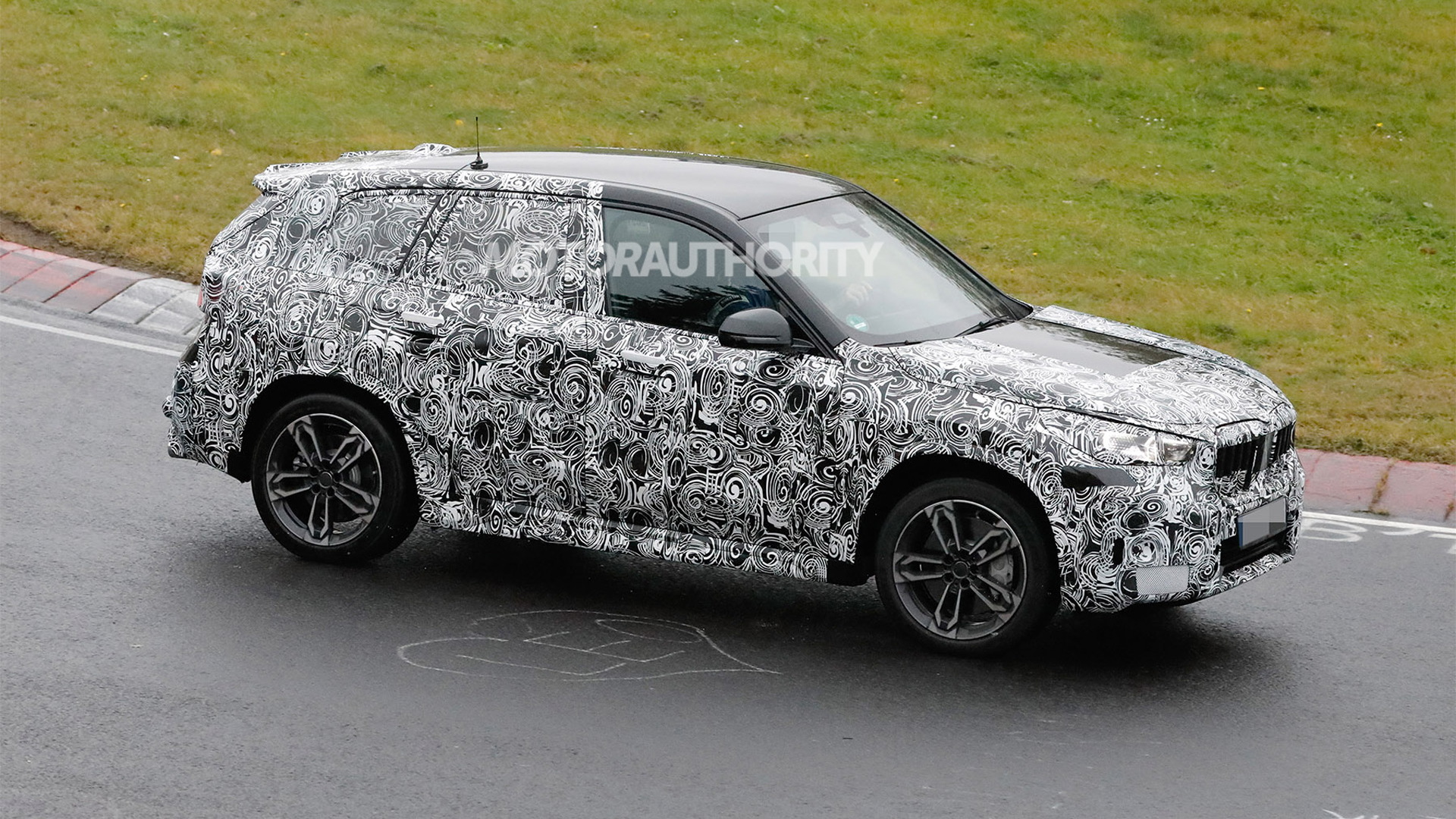 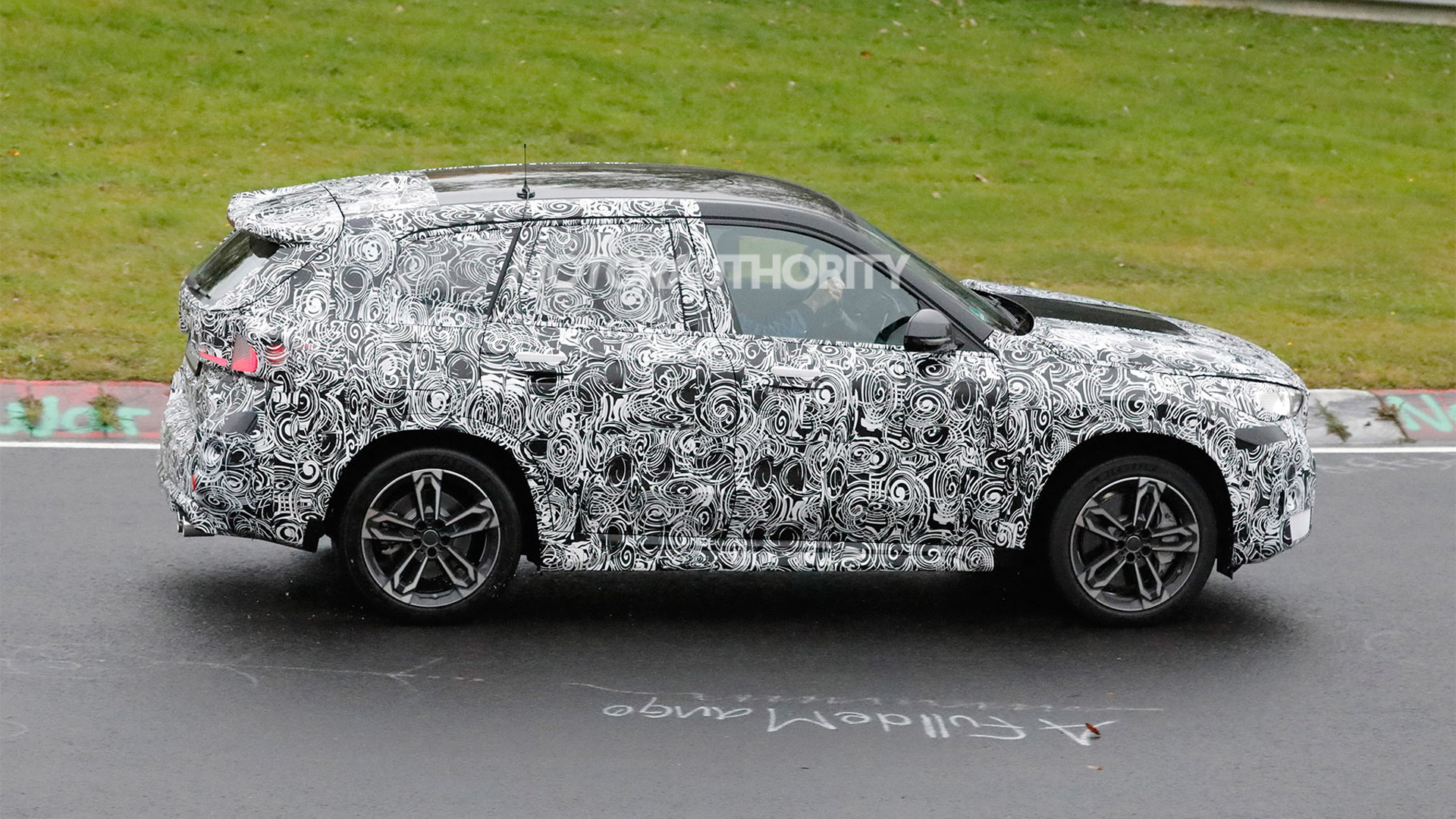 BMW is working on a redesign for its X1 compact crossover and our latest spy shots and video show a prototype for a new performance flagship.

The current second-generation X1 tops out with the xDrive28i whose 2.0-liter turbocharged inline-4 is good for 228 hp. This new third-generation X1, which should be revealed next year as a 2023 model, will feature this range-topping variant which we expect to be badged an X1 M35i.

Other BMW compacts like the 1-Series and 2-Series Gran Coupe already offer M35i variants so it isn't that surprising to see BMW preparing one for its new X1.

This isn't a dedicated M car, despite there being quad-exhaust tips on the tester. The M35i falls under BMW's M Performance range, which is a step below the true M range. They offer decent poke with sport-tuned suspension and strike a good compromise between comfort and performance.

BMW's current M35i models all feature a 2.0-liter turbocharged inline-4 rated at 301 hp, but output will likely be dialed higher for the X1 M35i. Count on something closer to 340 hp to give it the edge over the rival GLA35 and GLB35 from Mercedes-Benz AMG, both of which offer 302 hp.

Forming the rest of the X1 M35i's drivetrain should be an 8-speed automatic and all-wheel-drive system.

The platform underpinning the new X1 is BMW Group's latest front-wheel-drive architecture designed for compact cars, known as FAAR. The platform is common to the latest 1-Series, 2-Series Gran Coupe, and 2-Series Active Tourer, and thanks to its compatibility with electric powertrains we'll also see a version of the new X1 powered by batteries, most likely badged an iX1.

Production will be handled at BMW's plant in Leipzig, Germany. The plant will also build a redesigned Mini Countryman related to the new X1.

BMW also has a redesigned 2-Series arriving at dealerships shortly as a 2022 model, though this sporty two-door is based on BMW Group's CLAR rear-wheel-drive platform.