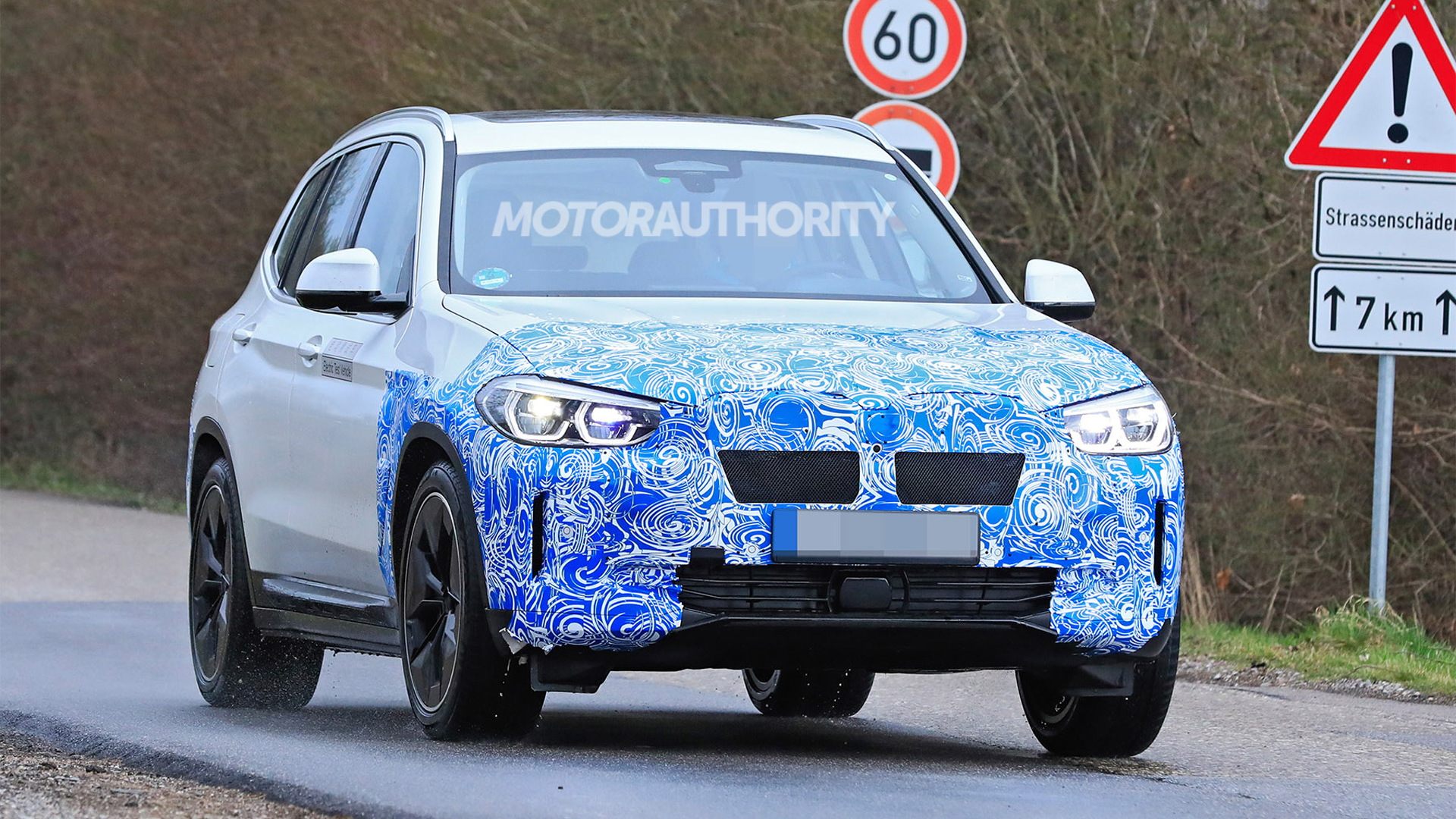 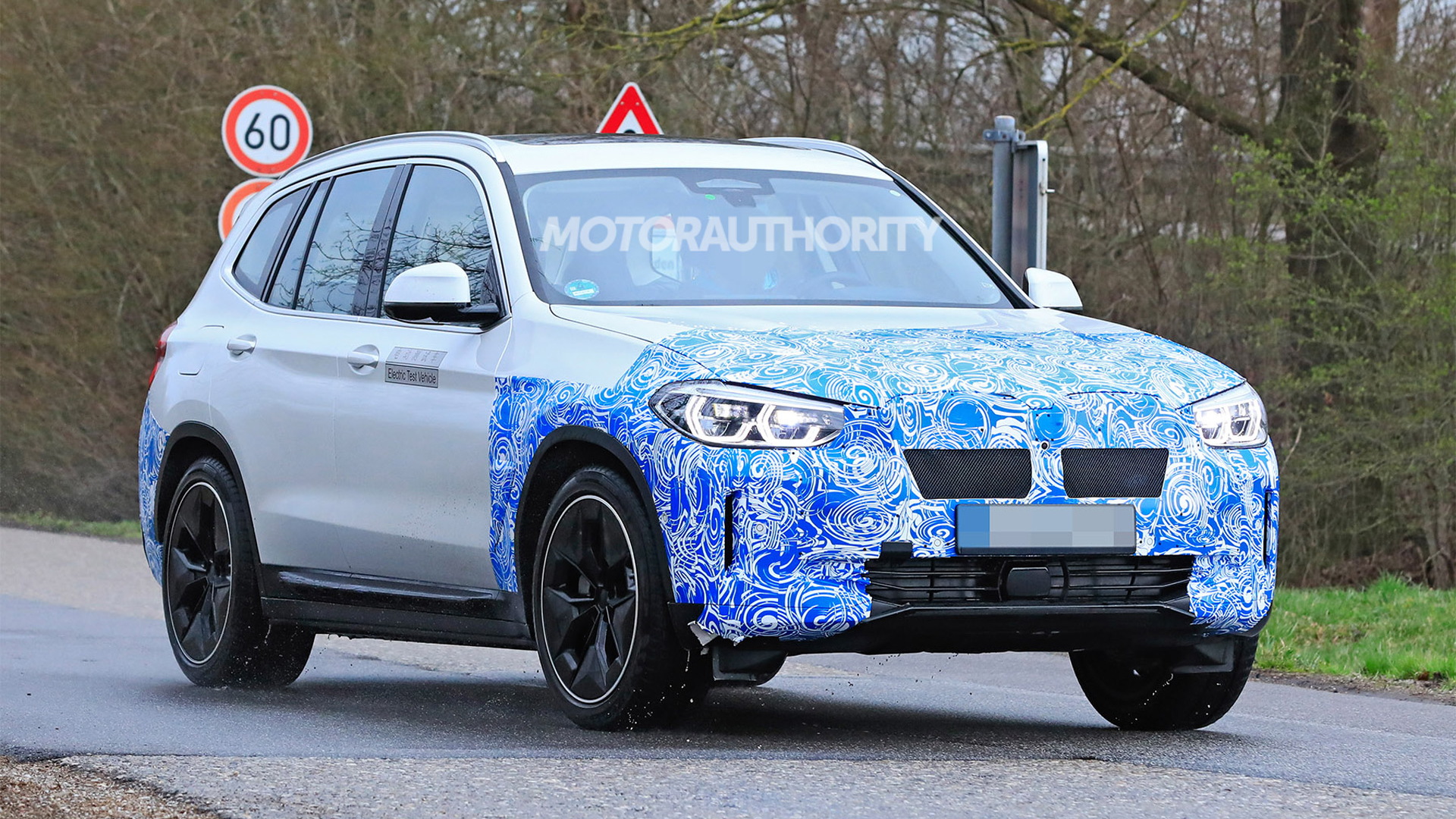 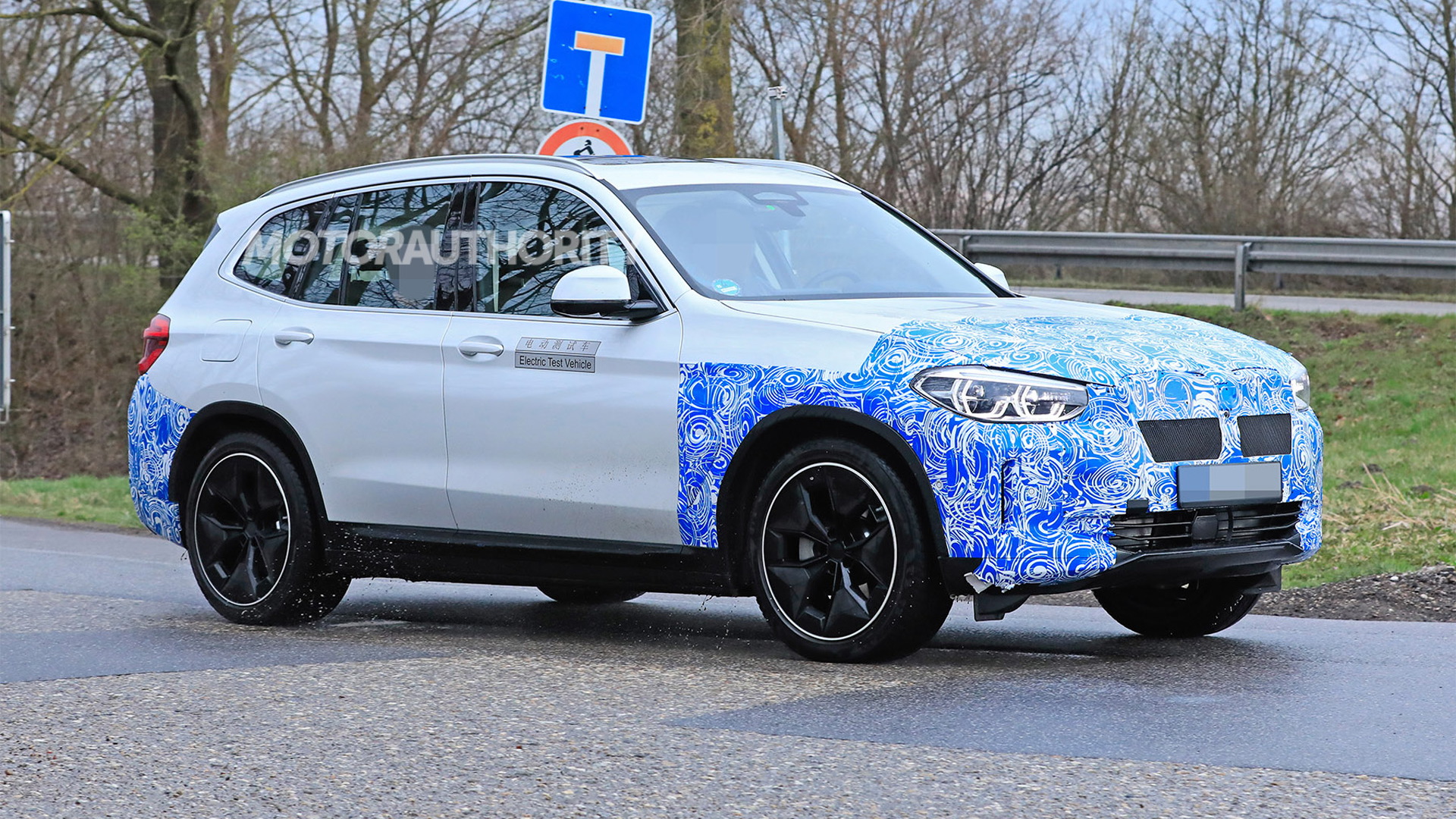 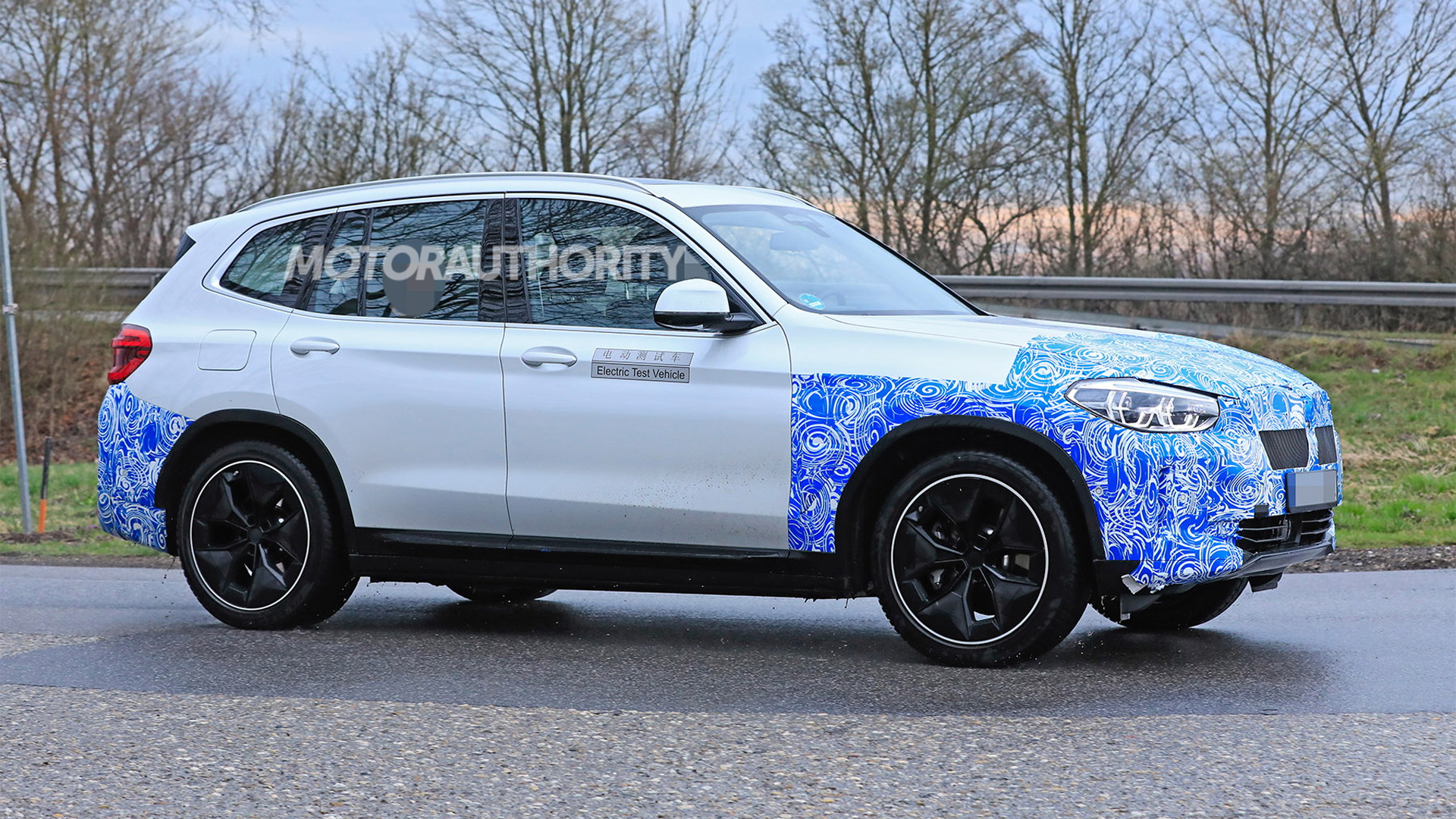 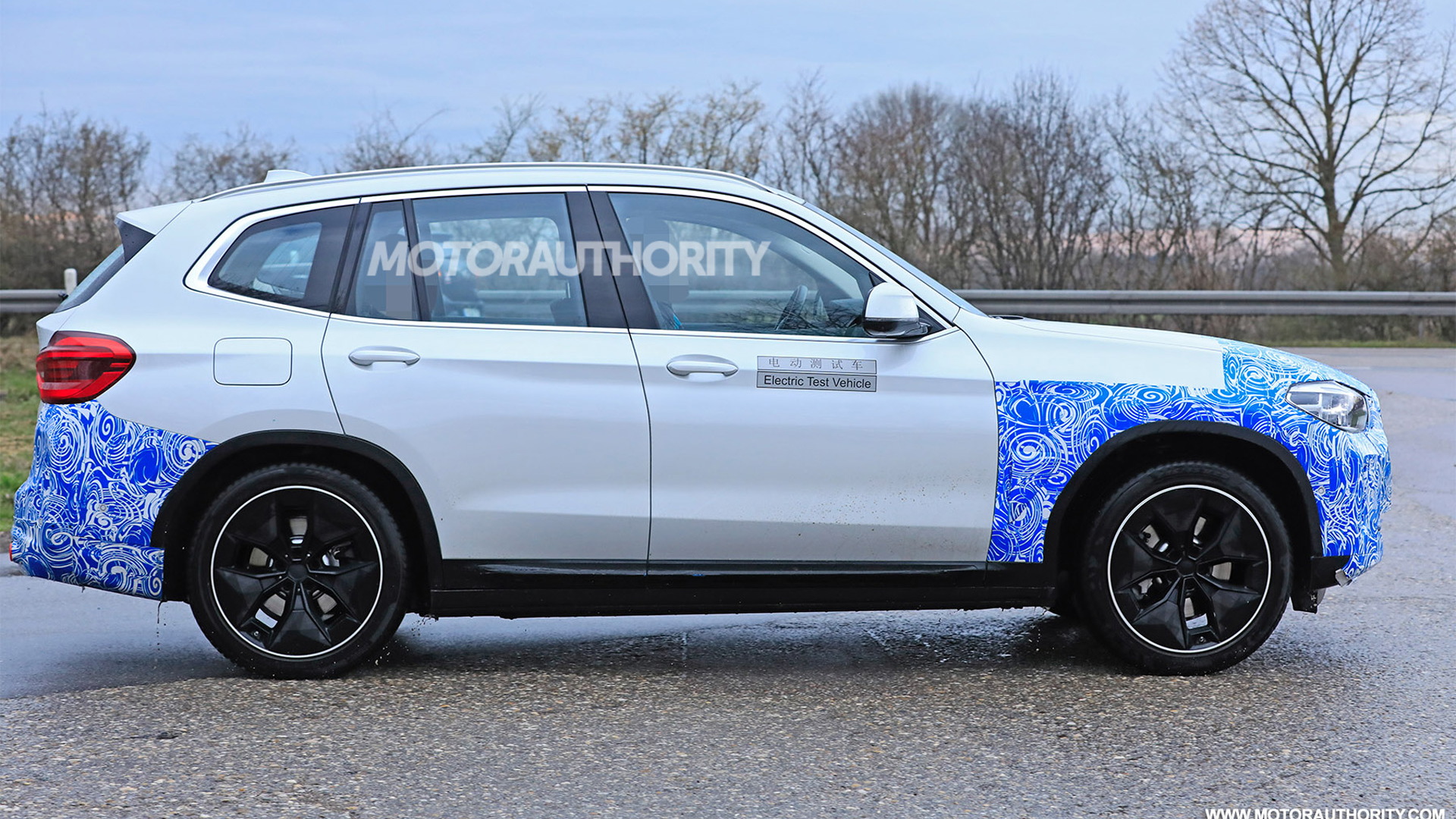 Prototypes for a battery-electric version of the BMW X3 have been spotted.

The vehicle, which will go by the name iX3, is confirmed for a reveal in late 2020 but don't expect to see it in the United States. Instead, BMW's local division will look to the arrival of the much-hyped iNext battery-electric SUV due in 2021 for its first volume EV.

That's because the iNext, which could be badged an iX5 due to its similar size to the X5, will feature BMW's fifth-generation battery and electric motor technology, whereas this iX3 features fourth-gen tech. We could be looking at up to 120 kilowatt-hours and 400 miles of range in the iNext.

In contrast, the iX3 is expected to pack only 74 kwh of battery capacity, which is lower than what potential rivals are already packing. For example, the Audi E-Tron and Jaguar I-Pace come with with 95- and 90-kwh batteries, respectively. The iX3 is also expected to come with rear-wheel drive only, and the only place BMW plans to assemble it is in China.

Our spy shots show that the iX3 will feature a sealed-off grille, a unique front fascia, and aerodynamically styled wheel patterns. The completed vehicle is also expected to sport some blue accents on the grille and rocker panels. The design was previewed by a concept unveiled in 2018.

The iX3 is one of multiple EVs set to be launched by BMW Group by the end of 2023. The automaker aims to have 25 electrified cars in its lineup by that date and more than half, meaning a minimum of 13, will be battery-electric cars. The first of these was the Mini Cooper SE launched in 2019. The iX3 will follow this year and in 2021 we'll see the iNext and a new i4 based on the next 4-Series. Also in the pipeline is an electric version of the next 7-Series, likely to be badged an i7.