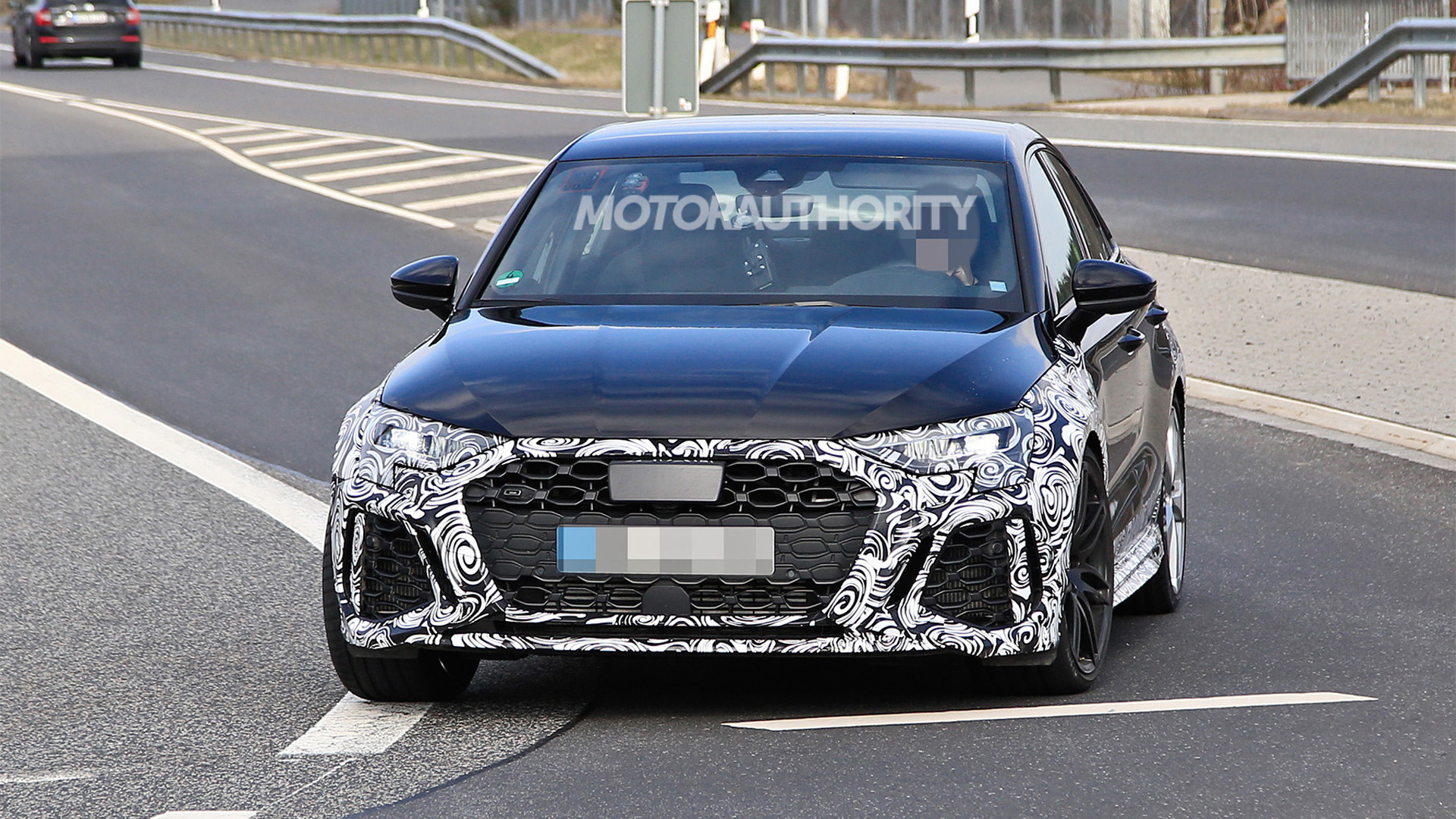 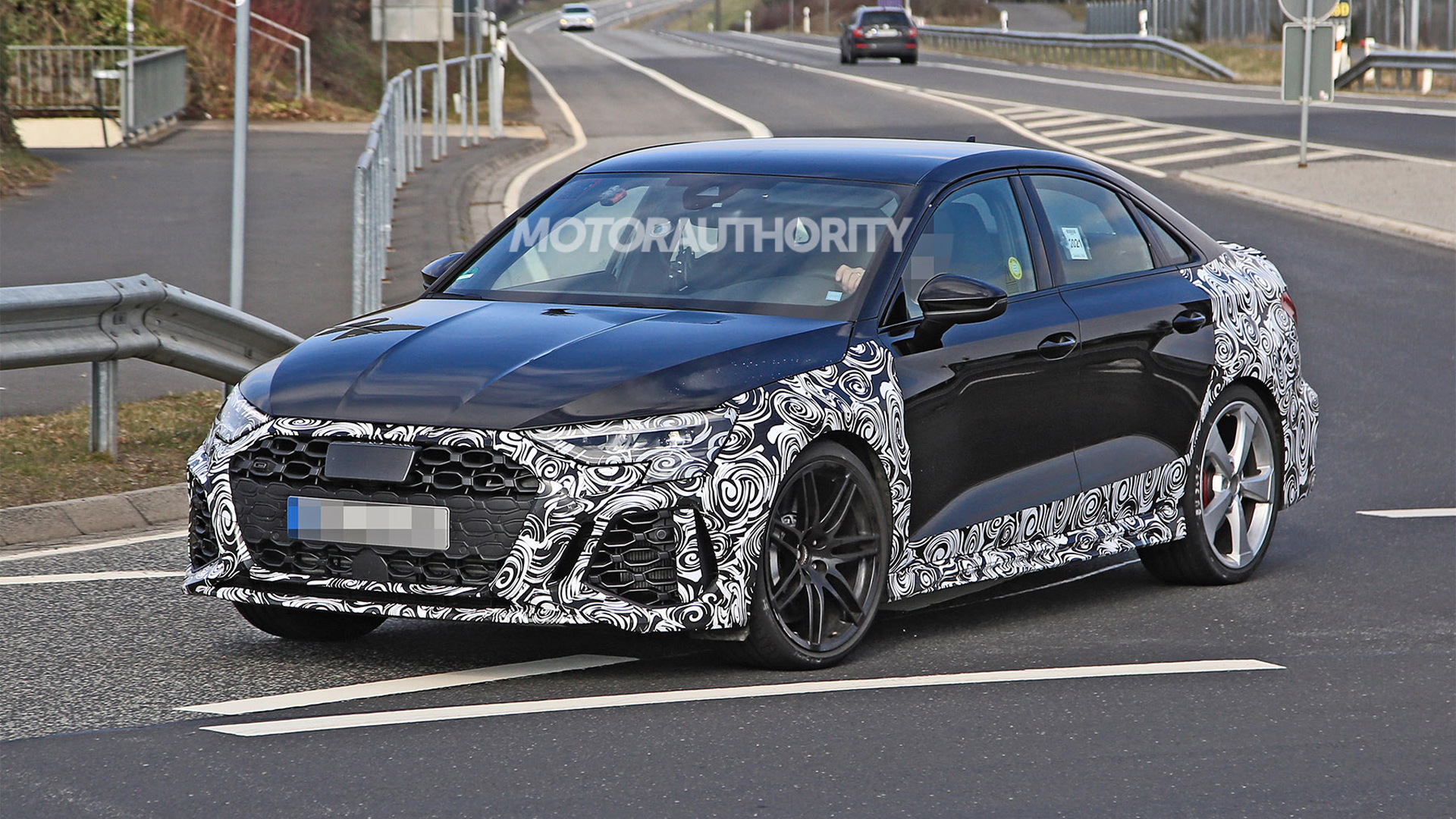 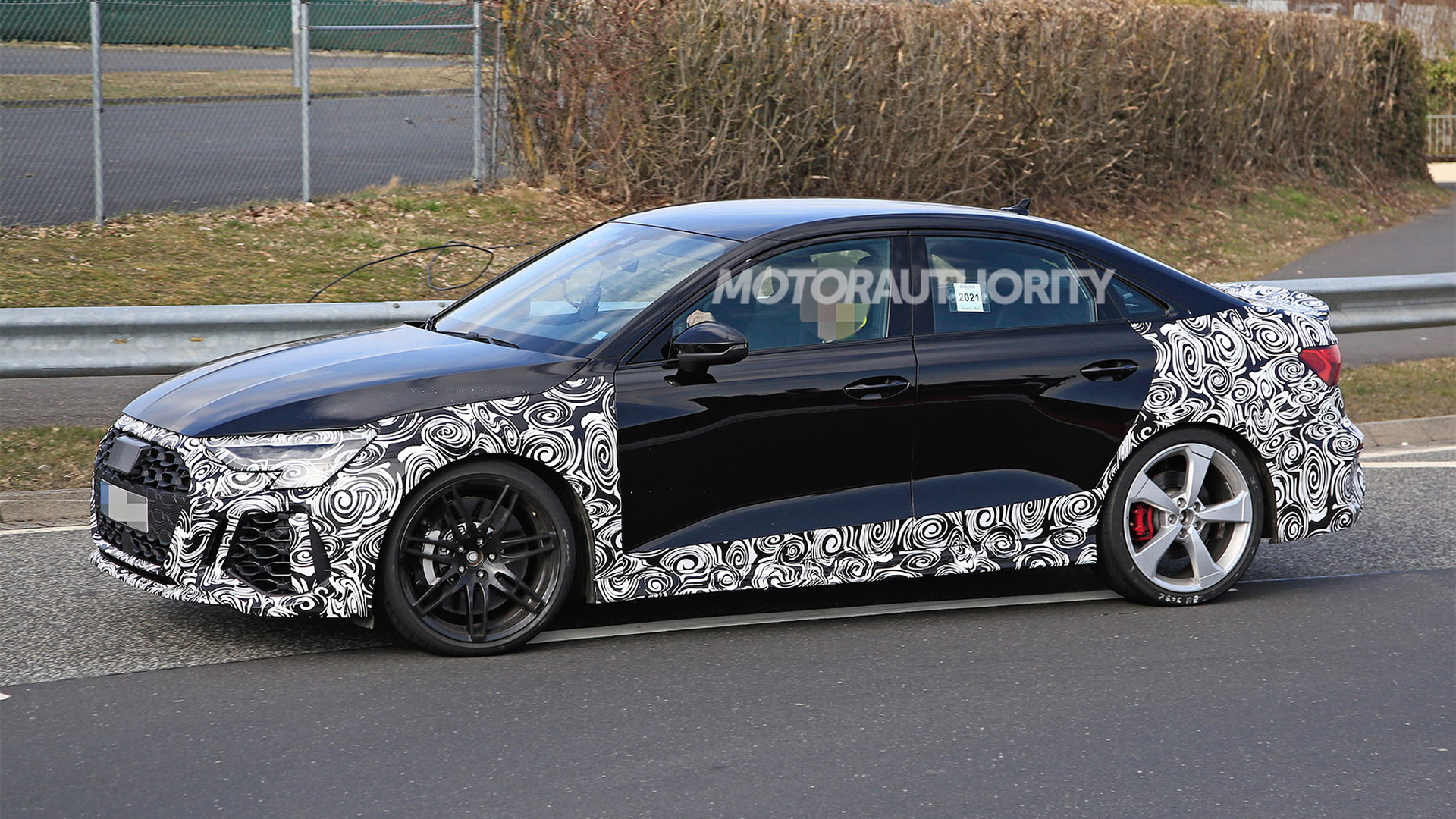 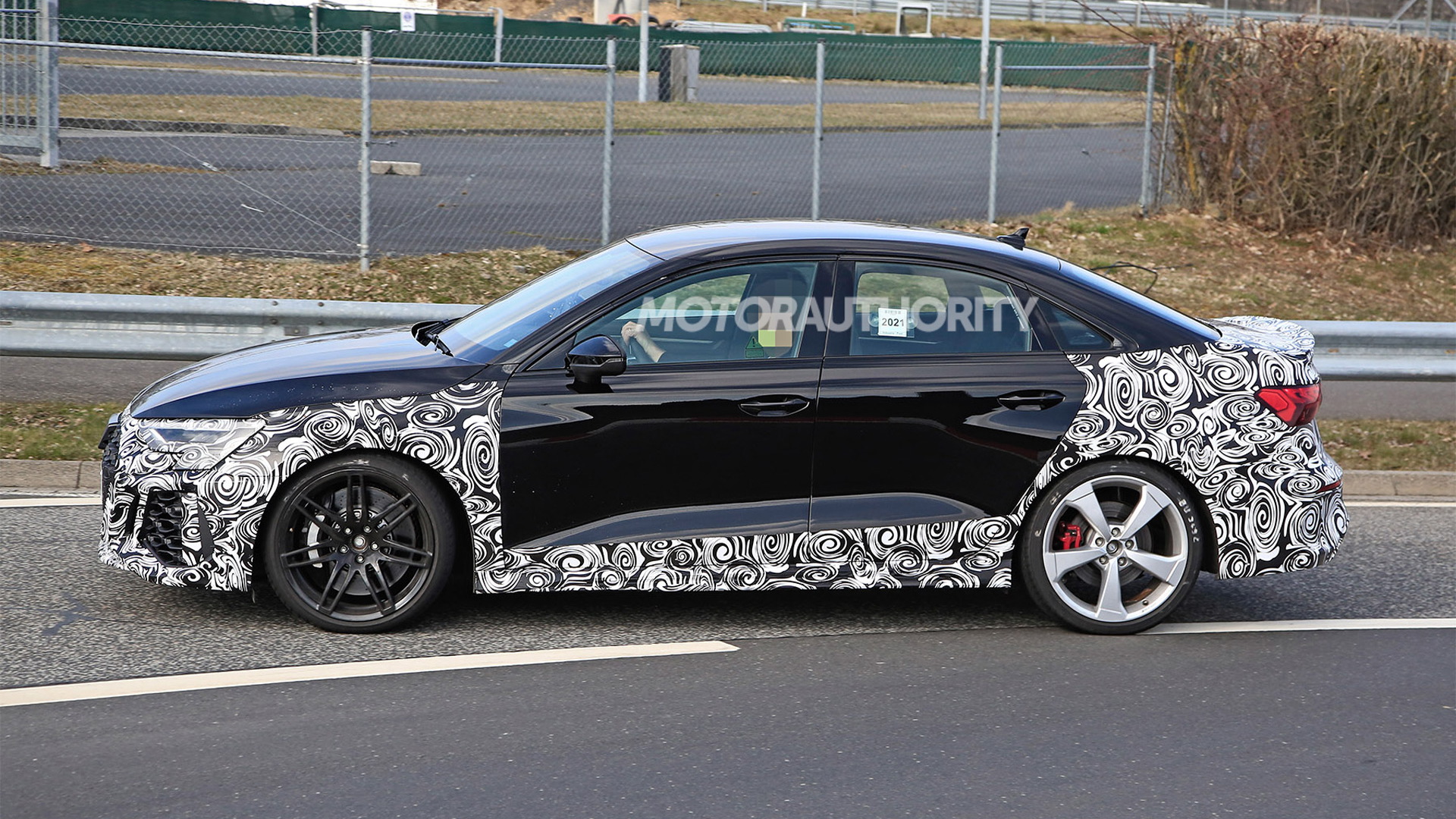 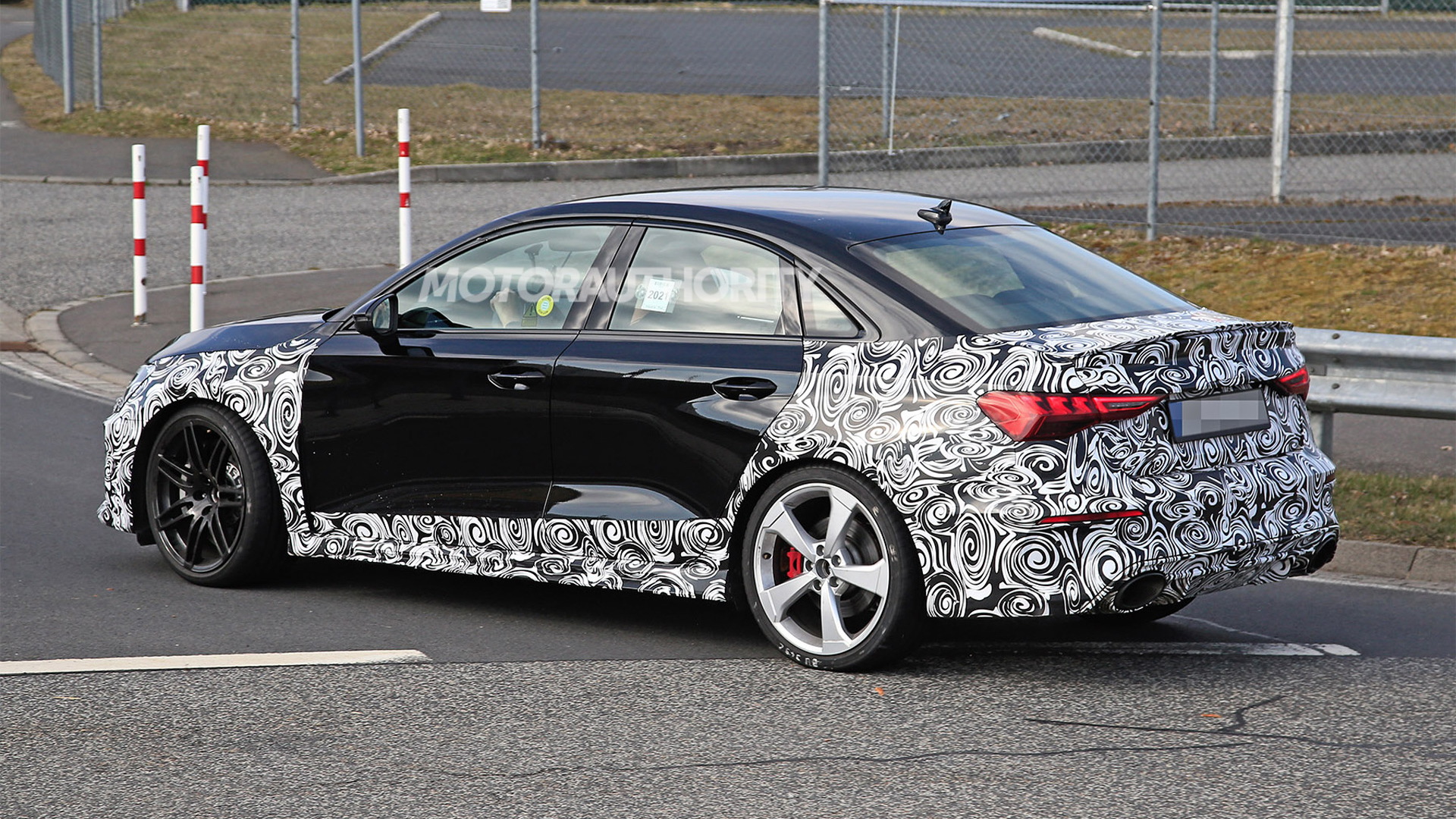 A new generation of the Audi A3 was unveiled last year and like its predecessors the car will spawn performance variants. The S3 was revealed last August and an RS 3 is coming up soon.

A prototype for the new RS 3 has been spotted again, revealing many clues about the new performance compact sedan. Prototypes for the RS 3 Sportback hatch are also out testing, though we're unlikely to see this model in the United States, just like with the outgoing generation.

The new A3 represents more of a major update of the outgoing generation than a true redesign, with both generations utilizing Volkswagen Group's MQB platform. This will also be true for the new RS 3.

Expect the model to continue with a 2.5-liter turbocharged inline-5, though we could see output exceed the current model's 400 hp now that Mercedes-Benz AMG's latest compacts are delivering as much as 416 hp. A dual-clutch transmission and rear-biased all-wheel-drive system should also form part of the package.

Potential rivals for the RS 3 include AMG's new 45 series, as well as the BMW M2 and the CT4-V Blackwing from Cadillac.