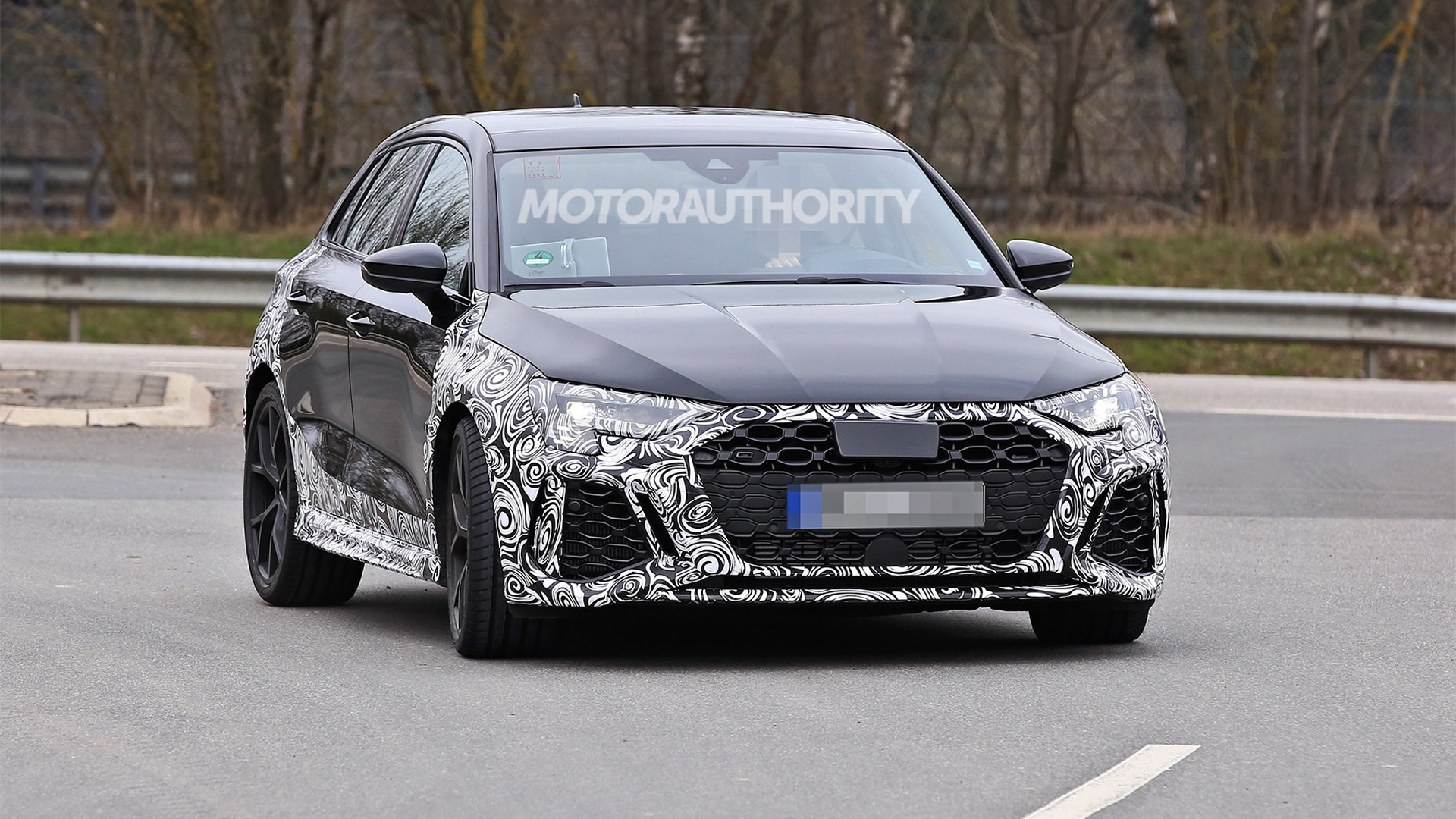 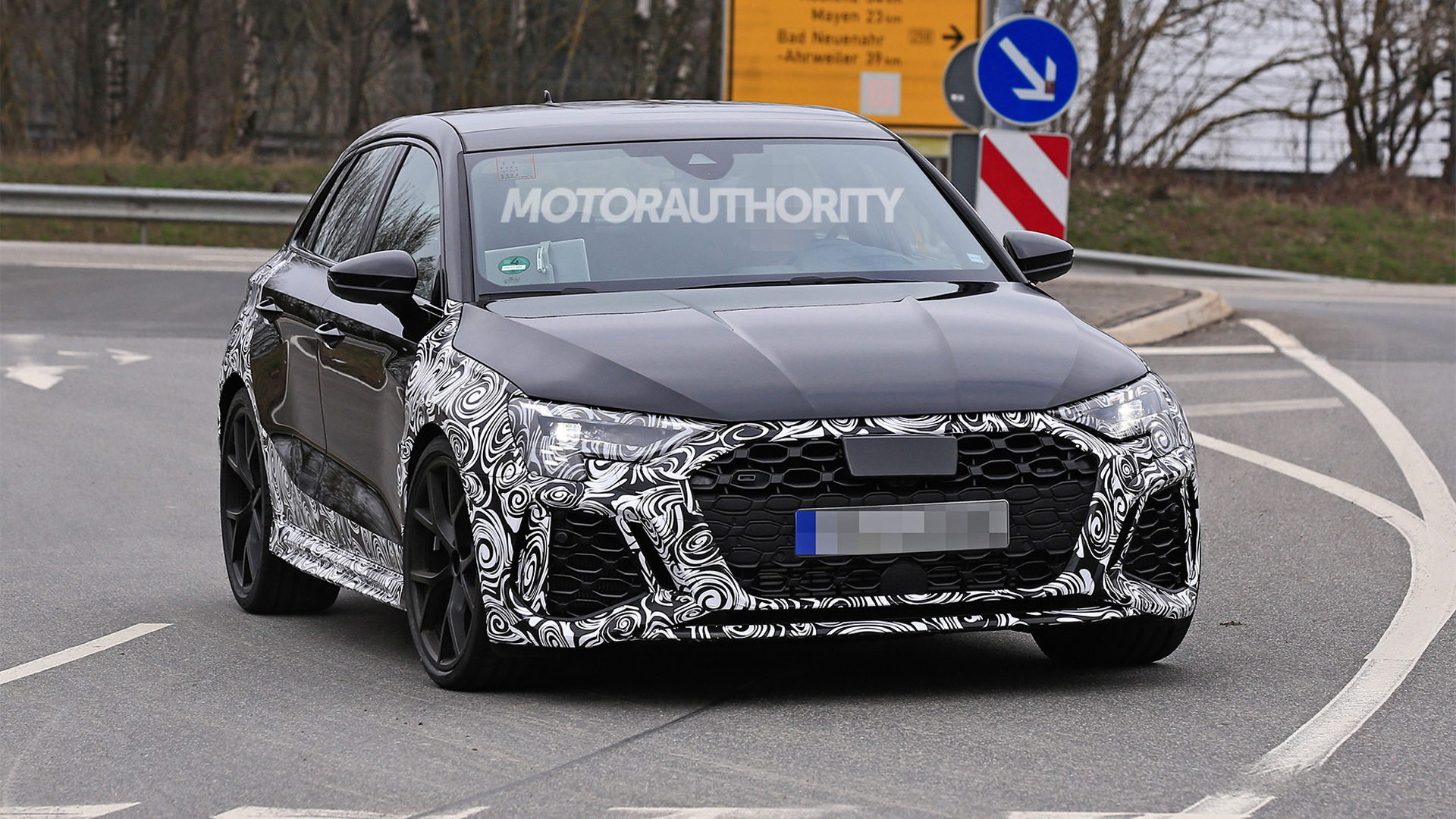 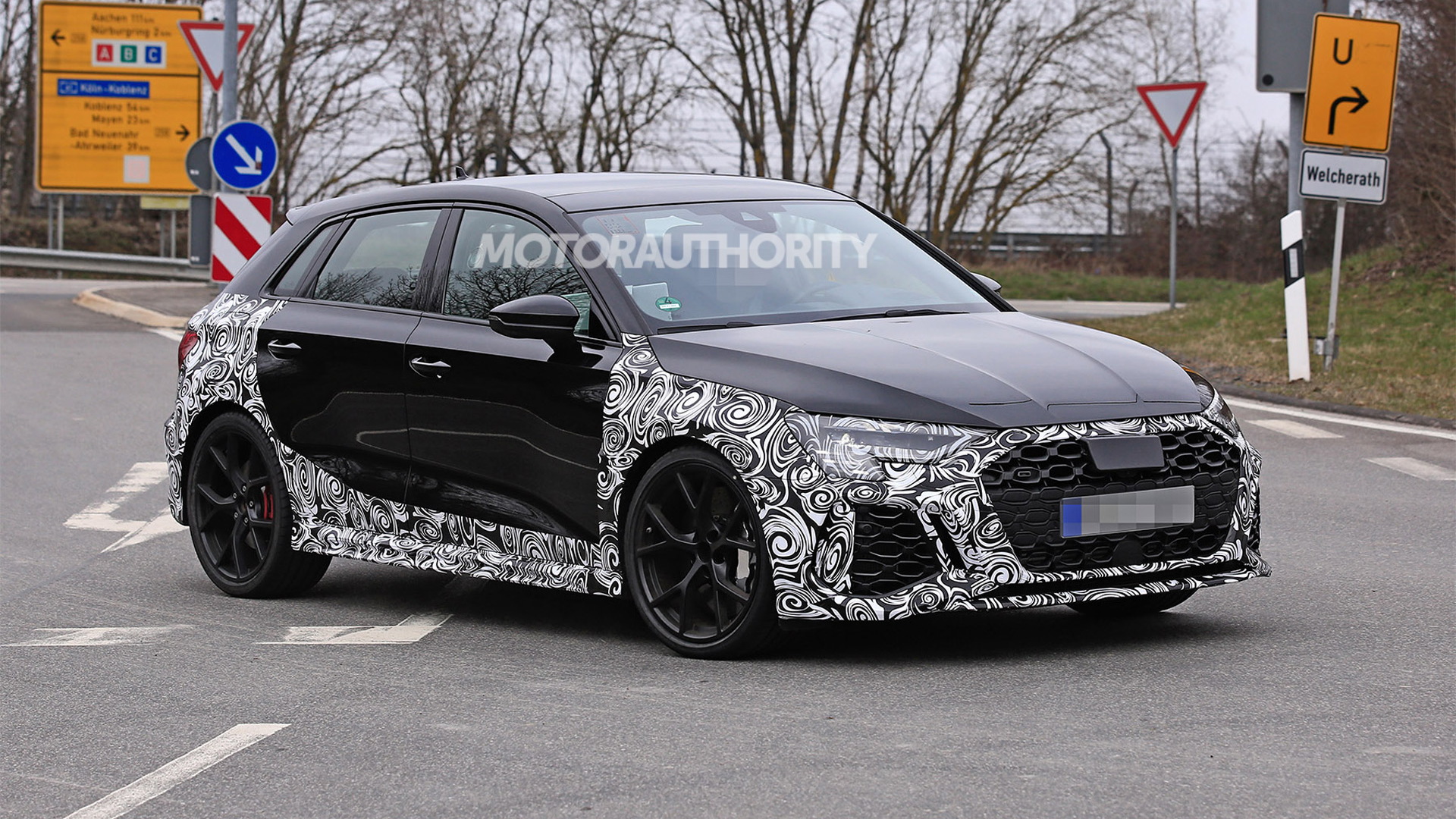 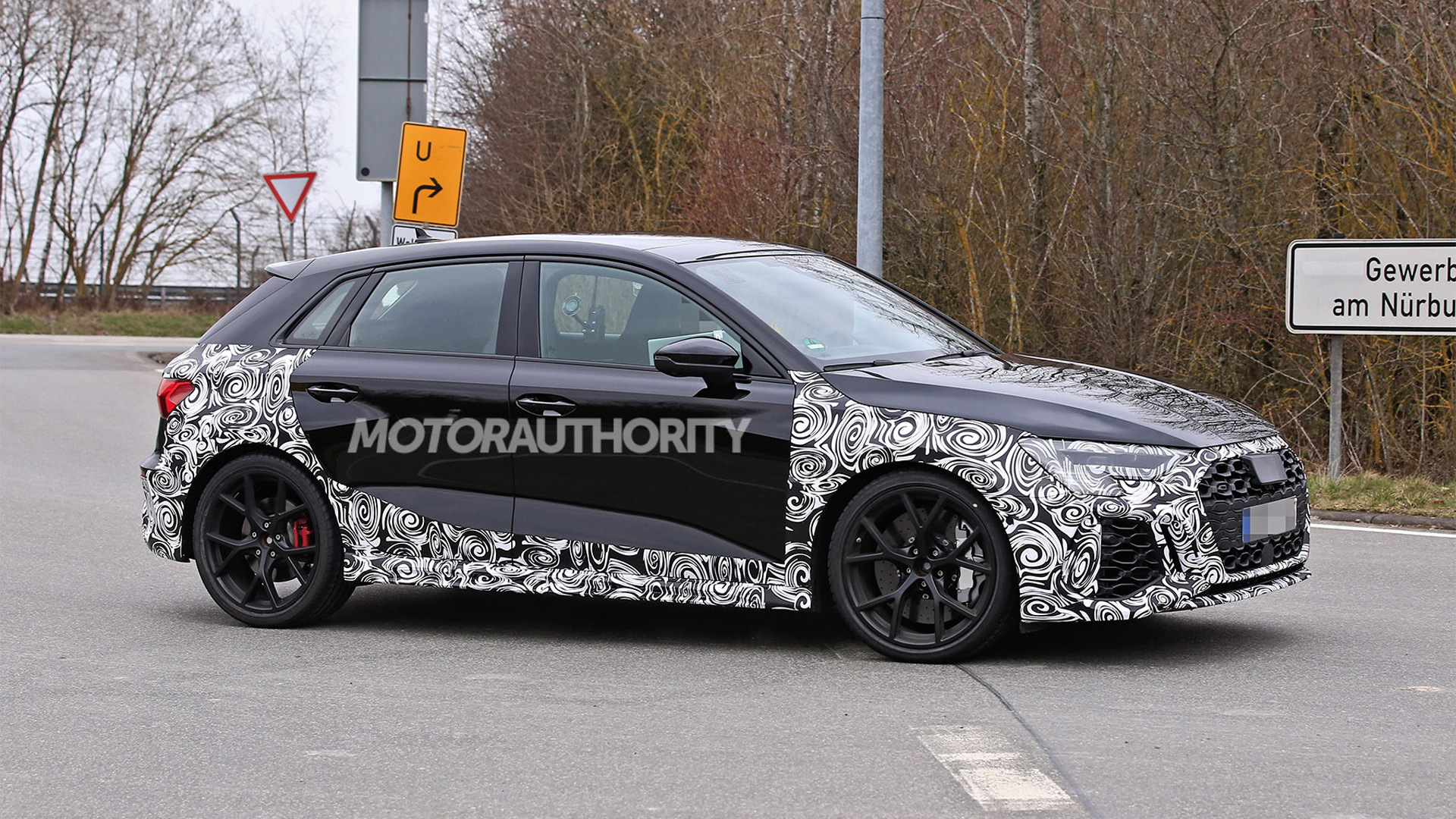 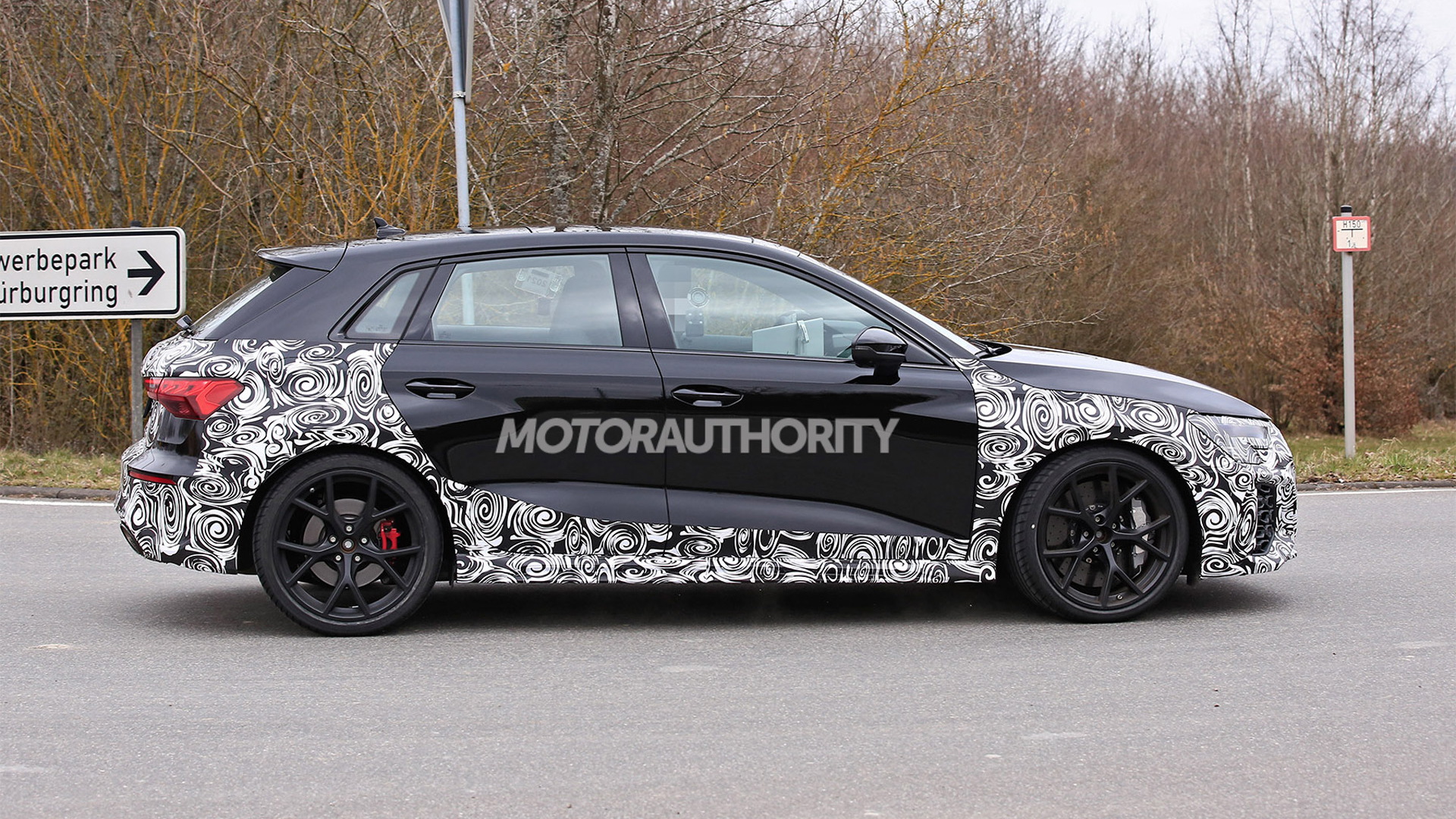 There's a new generation of the Audi A3 coming to showrooms soon (the car has actually been on sale elsewhere for almost a year), and once again it will spawn sporty S3 and high-performance RS 3 variants.

A prototype for the RS 3 in Sportback hatchback guise has been spotted again, revealing many clues about the new performance compact. An RS 3 sedan is also out testing and will likely end up the sole RS 3 body style offered in the United States, just like with the current generation.

Expect the model to continue with a 2.5-liter turbocharged inline-5, though we could see output exceed the current model's 400 hp now that Mercedes-AMG's latest compacts are delivering as much as 416 hp. A dual-clutch transmission and rear-biased all-wheel-drive system should also form part of the package.

The final design should resemble the RS 6 Avant that went on sale last fall, but on a smaller scale.

The new A3 is due to reach local showrooms late this year as a 2022 model. The RS 3 should around about the same time.

Potential rivals for the RS 3 include AMG's new 45 series, as well as the BMW M2 and CT4-V Blackwing from Cadillac.