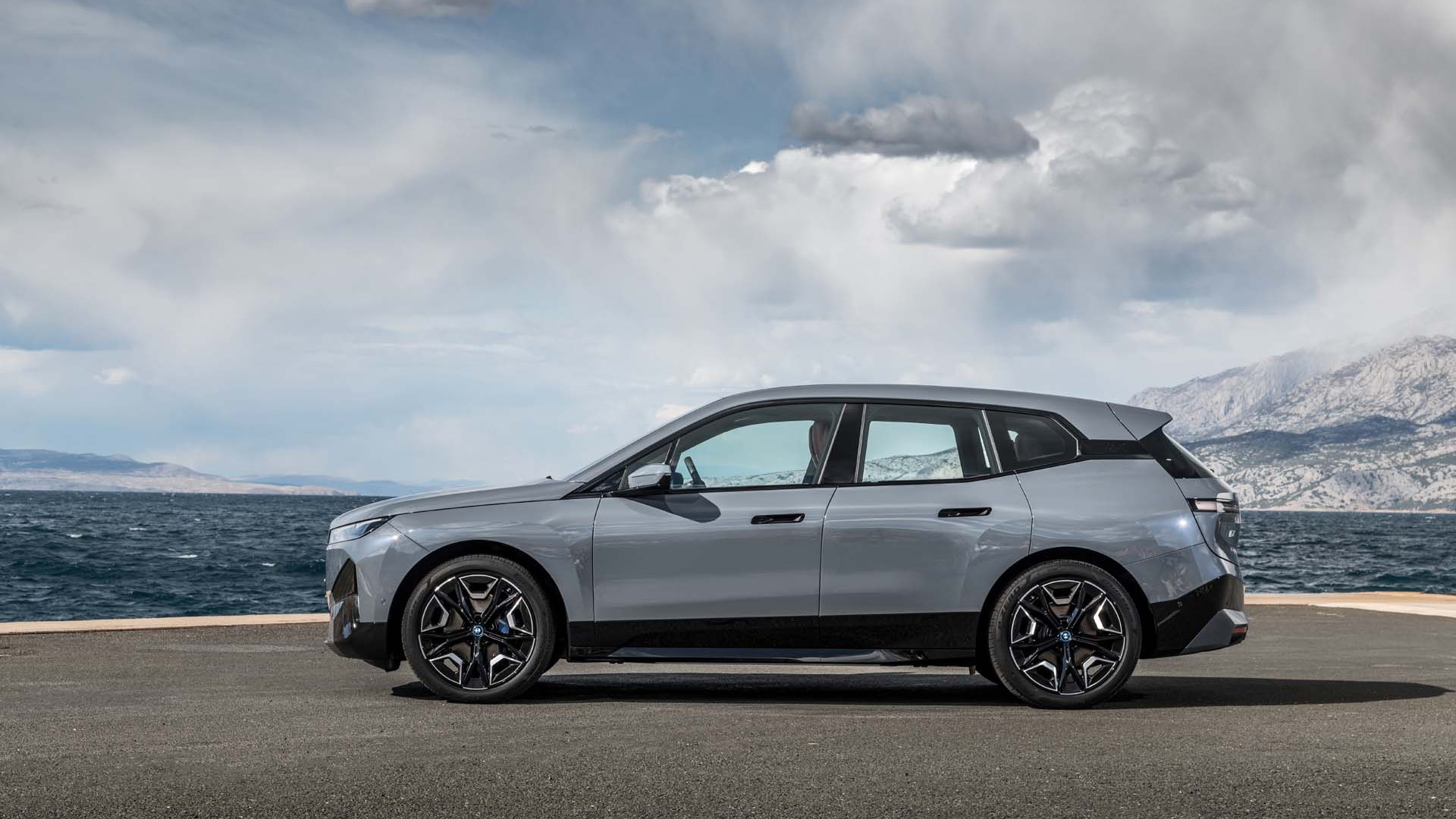 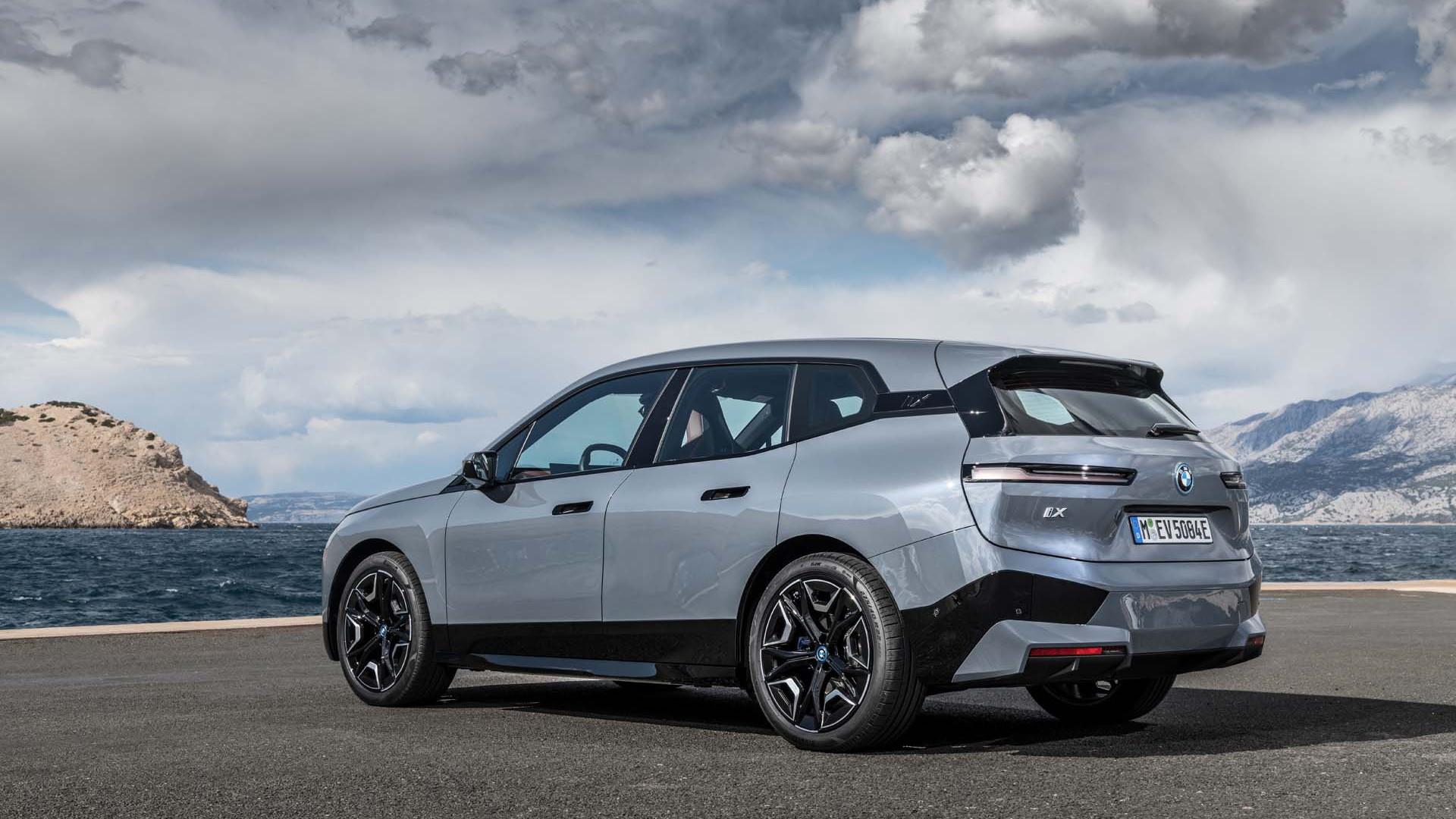 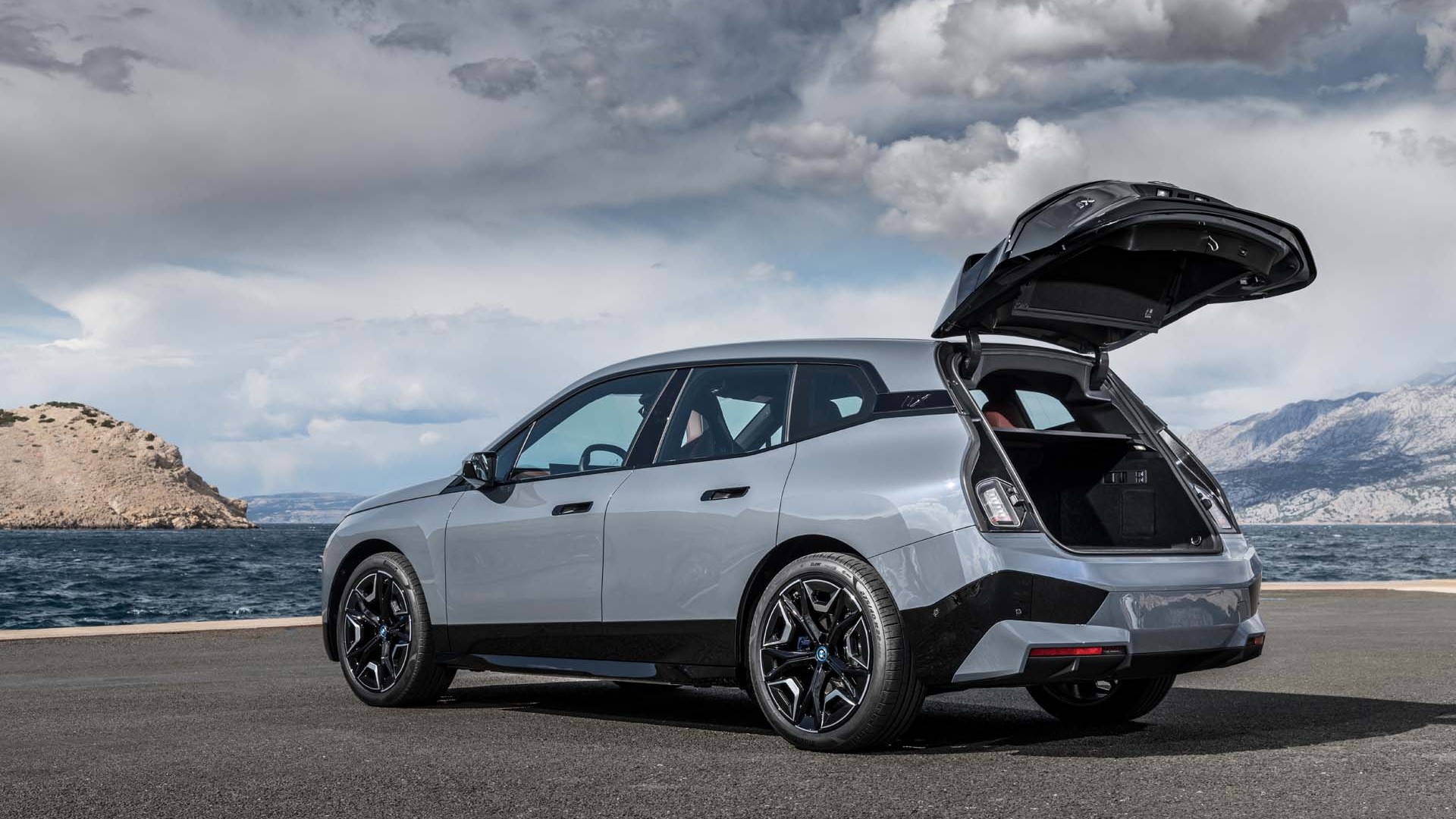 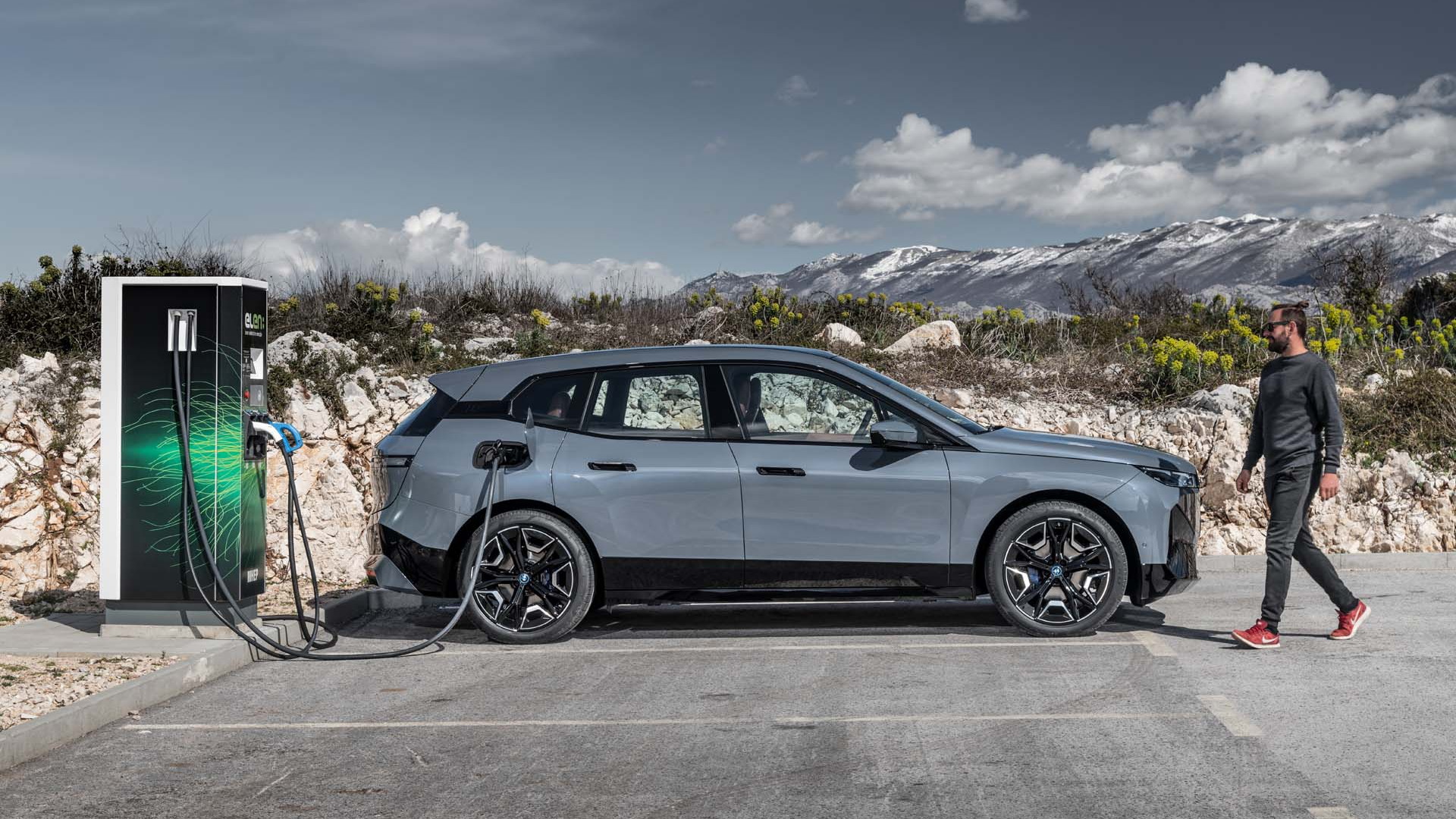 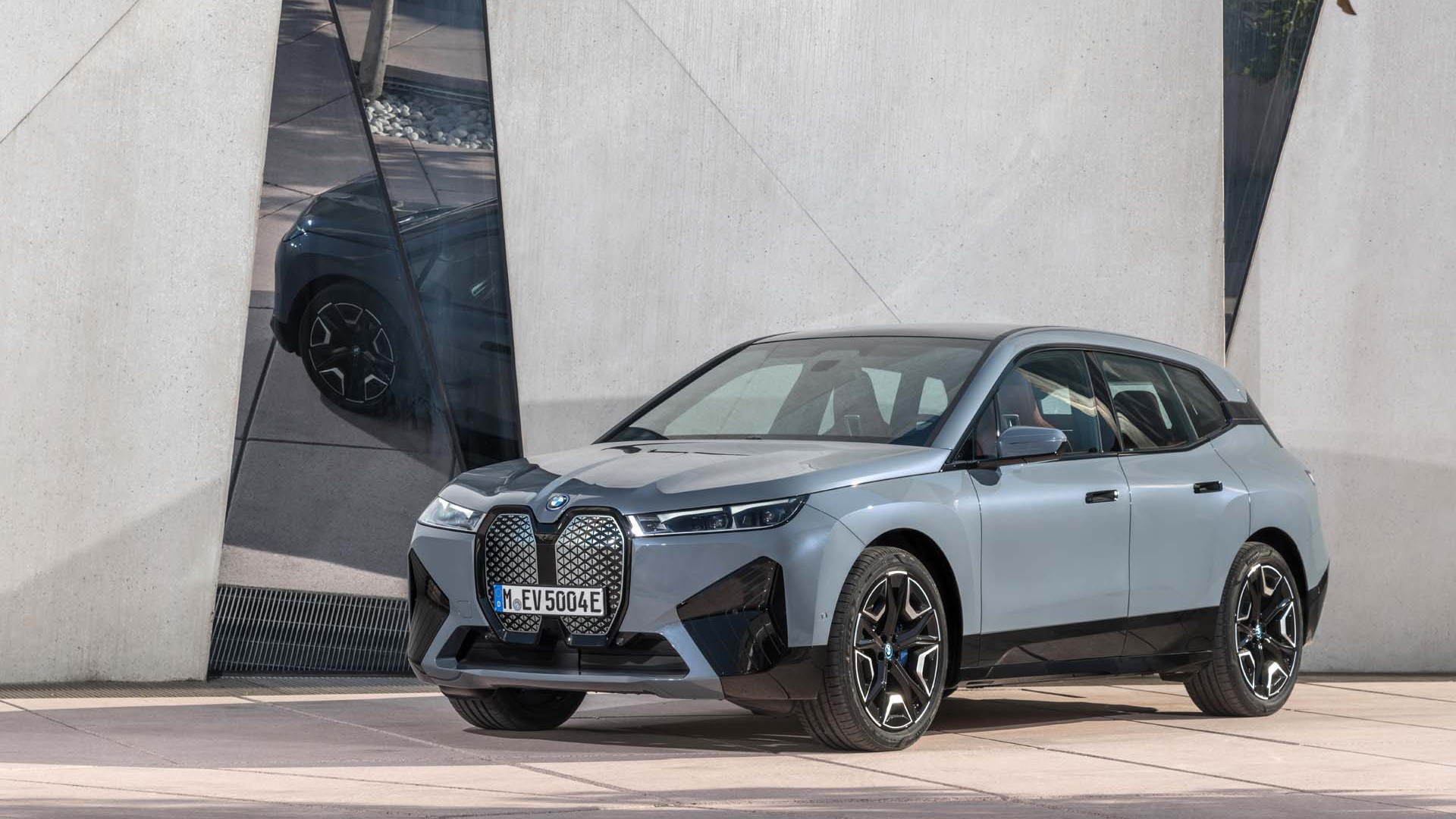 If you're looking for a battery-electric crossover that will stand out but never quite warmed up to the Tesla Model X, BMW looks to have a credible alternative in the form of the 2022 iX.

Like the Tesla, the iX fits into the mid-size category and offers buyers a combination of performance, range and polarizing looks.

The iX made its debut last November and on Tuesday BMW confirmed specifications for the U.S. market. The striking SUV arrives at dealerships in early 2022 as a 2022 model, and you can pre-order one as of June. The starting price is $84,195, including destination.

Just one grade is available at present, an iX xDrive50 with with dual-motor all-wheel drive and a peak output of 516 hp, or enough for 0-62 mph acceleration in 4.6 seconds. The top speed is capped at 124 mph. A more potent iX M60 with over 600 hp from the BMW M skunkworks is planned, though timing for this model is yet to be announced.

In the case of the iX xDrive50, each electric motor forms part of a modular drive unit that combines the motor, a single-speed transmission, and power control unit into a single housing. Up to two of these can be fitted on an axle—a combination we may see in the iX M60. In other markets, there's also an iX xDrive40 with a bit over 300 hp.

The battery in the iX xDrive50 has a gross capacity of 111 kilowatt-hours, or enough for 300 miles of range. When it comes to charging, high-speed charging at rates up to 200 kilowatts enables the battery to charge from 10-80% capacity in less than 40 minutes. And for people in a real hurry, just 10 minutes of charging is all that's needed to add about 90 miles of range.

Brake energy regeneration can help to boost range, and the driver is able to choose how severe the regeneration is. The most severe setting enables one-pedal driving, as the regeneration is enough to slow the vehicle to a complete stop. Adjusting this is via the iDrive interface which in the iX is the new eighth-generation system.

The iDrive interface integrates most of the non-driving functions and can be controlled via a 14.9-inch infotainment screen or using natural-speak voice activation. There's also the traditional iDrive controller found in the center console, though the other buttons you normally find here have been replaced by a control surface with active haptic inputs. Also located here is a rocker switch to replace the traditional gear lever. A digital key feature allows drivers to use their smartphones in place of a key fob, and there's also 5G connectivity for the first time.

The iX is similar in size to the X5, though the two vehicles use separate platforms. The iX is based on a unique aluminum space-frame platform and has an inch of extra wheelbase over the X5. There are two rows of seats, and greeting the driver is a floating instrument cluster and hexagonal steering wheel. The new shape is in preparation for the arrival of self-driving features. Knowing which way the wheels are pointing when retaking hold of the steering wheel once the iX exits self-driving mode will be crucial for maintaining vehicle control. BMW hasn't said what level of self-driving capability the iX will have, though.

When it comes to comfort, the iX benefits from anti-roll bars as well as a new type of suspension damper where a conventional piston and base valve work together with a second piston that drops down into the inner sleeve of the damper to generate additional damping on particularly rough roads. Air suspension with automatic self-levelling will also be available.

Production of the iX is being handled at BMW's main plant in Dingolfing, Germany.

The iX isn't the only electric BMW coming up shortly. There's also the 2022 i4 hatchback based on the latest 4-Series family, plus electric versions of the 3-Series and next-generation X1 and 7-Series all in the works.