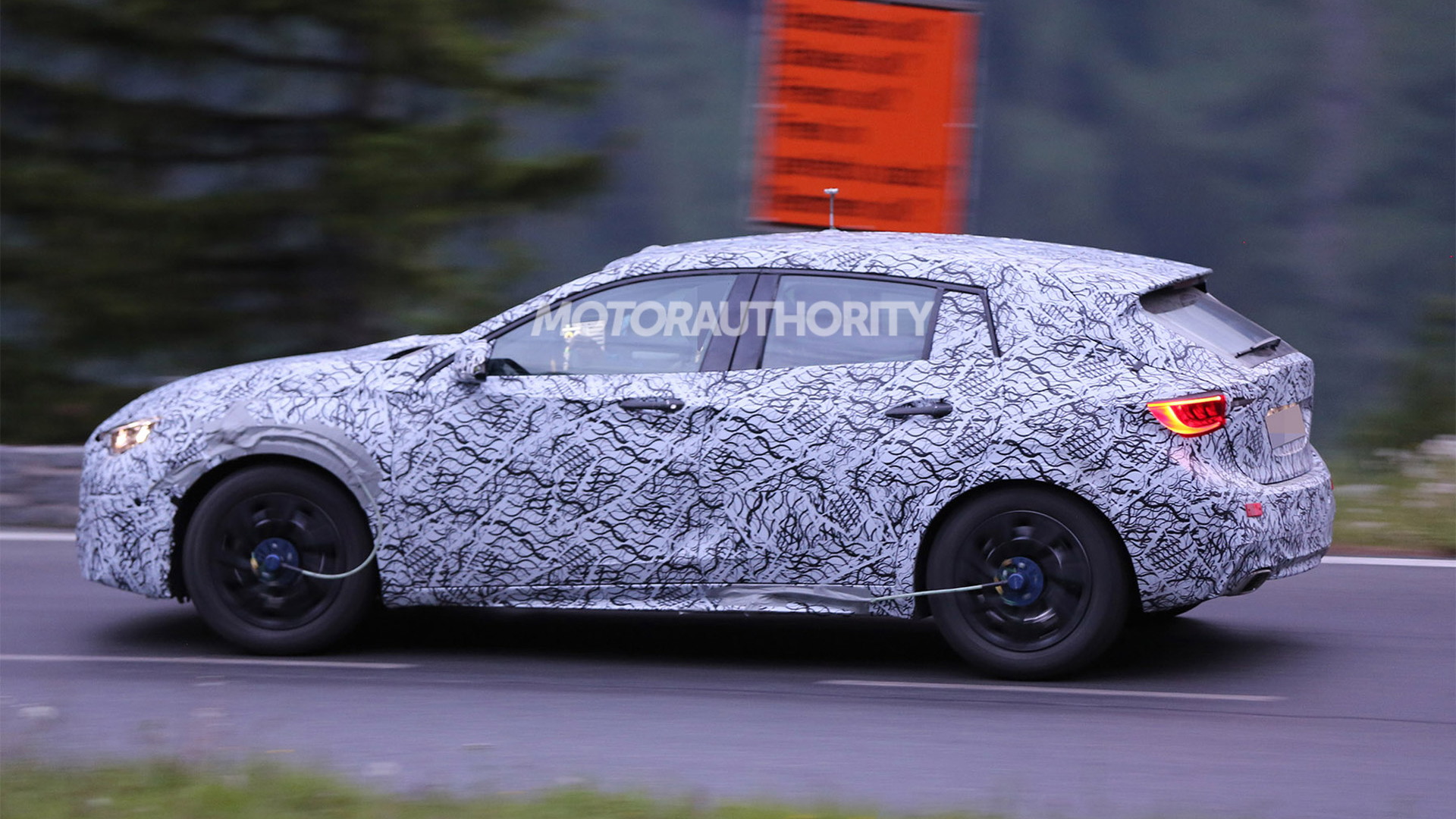 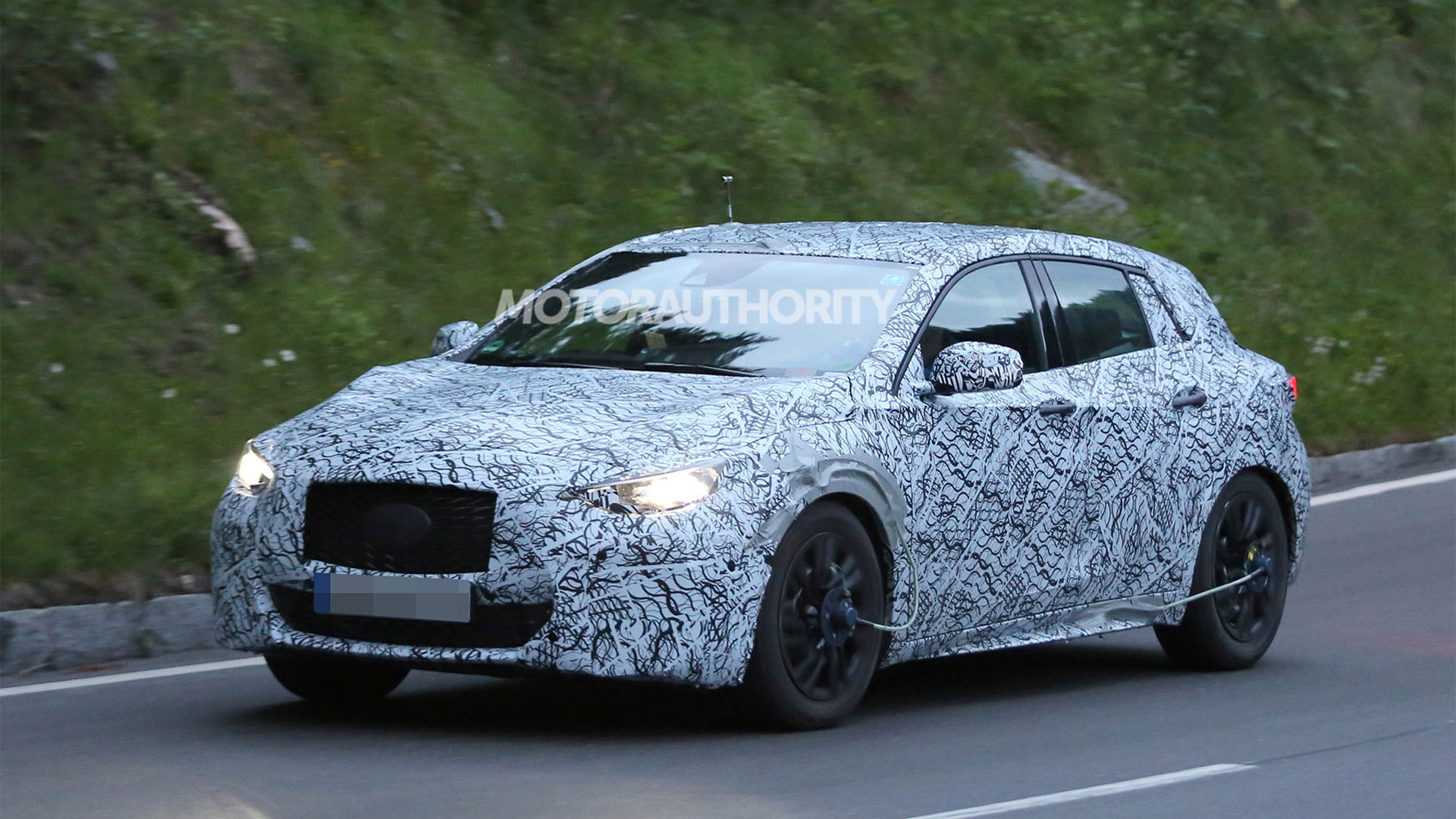 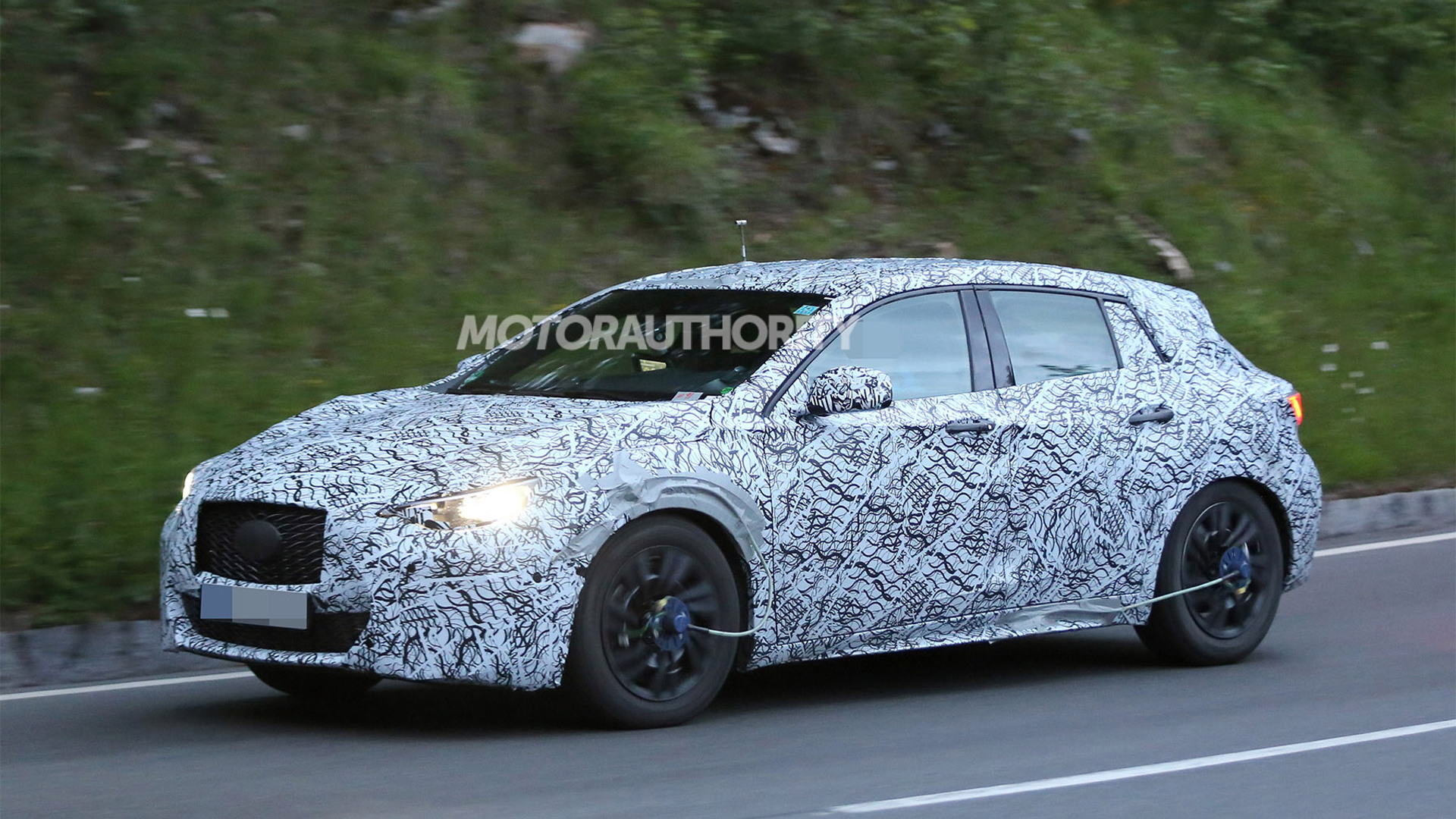 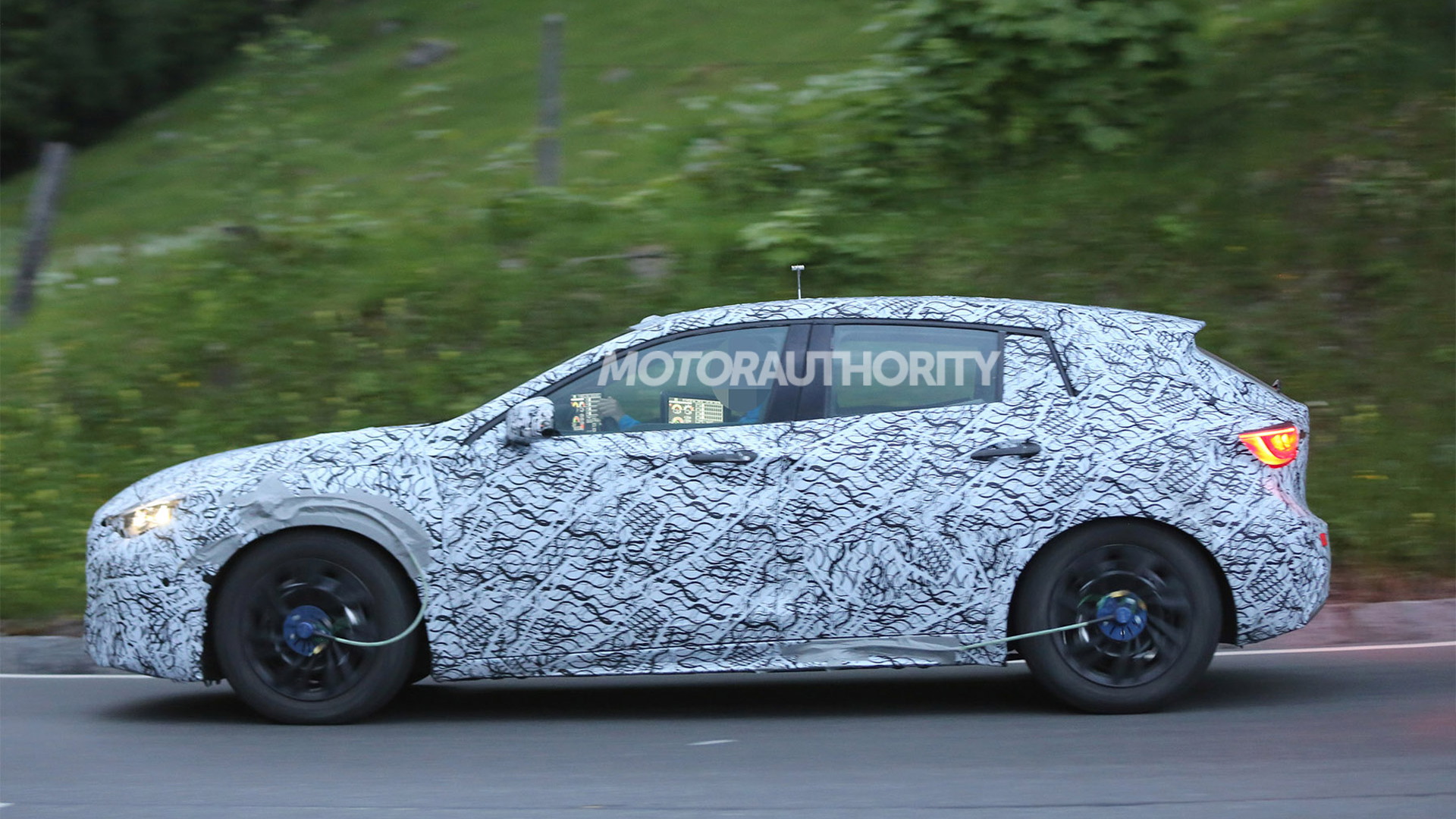 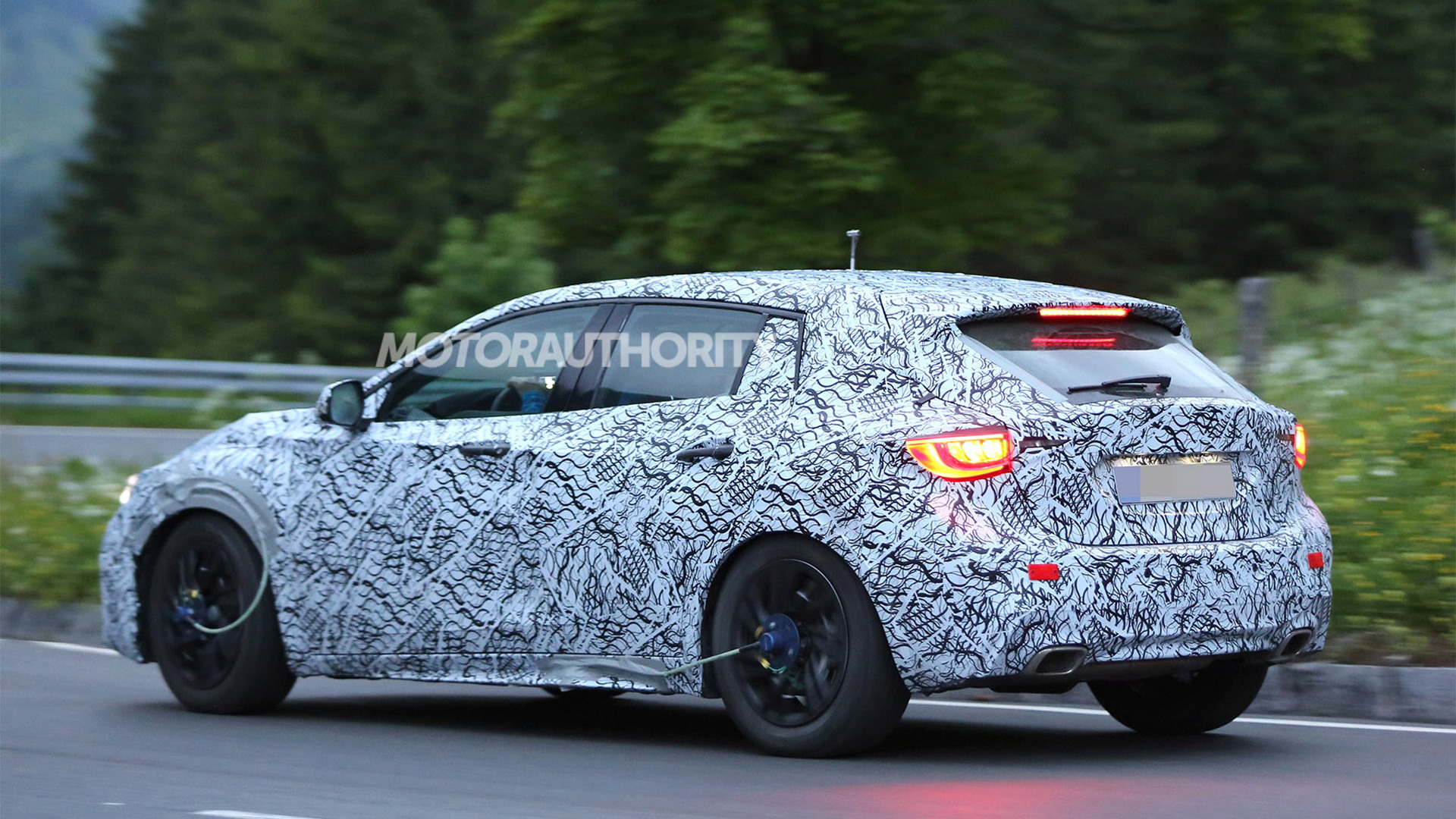 Infiniti’s upcoming Q30 and QX30 compacts are nearing the end of their long gestation, with a debut of at least one of the models, most likely the Q30 hatch, due to take place at the 2015 Frankfurt Auto Show in September. The QX30 crossover will likely appear towards the end of the year, possibly at the 2015 Los Angeles Auto Show in November. It is the Q30 hatch that is the focus of our latest spy shots.

Both models have been confirmed for sale in the U.S. They will arrive in showrooms next year, as 2017 models. You can view spy shots a prototype for the QX30 in our previous post.

Both will ride on Mercedes-Benz’s MFA compact car platform, with the Q30 essentially a reskinned A-Class and the QX30 a reskinned GLA. Although the vehicles will be sold in the U.S., their target market will be Europe where the premium compact class is dominated by the likes of the Audi A3 Sportback, BMW 1-Series Hatchback and aforementioned A-Class.

Though the Q30 will compete in the premium compact hatch segment, Infiniti is keen to stress that it won't be a regular hatch. Rather, it’s described as a fusion of various bodystyles that includes elements of not only hatchbacks but also coupes and crossovers. As for its styling, the Q30 concept from 2013 is said to be about 90 percent representative of the final design.

Four-cylinder engines will be offered in the Q30 and QX30, and while some markets will receive diesel units the U.S. is likely to have gasoline units only. The standard engine is expected to be a turbocharged and direct-injected 2.0-liter four-cylinder engine, which will send its power to either the front wheels or all four. A seven-speed automatic transmission is expected to be the only transmission.

Infiniti will start production of the Q30 at a Nissan plant in Sunderland, England this summer, and shortly after production of the QX30 will join it. Both will be built for export to Infiniti’s international markets, including here in the U.S. For the next generation of the cars, production will be handled at a plant in Mexico which will also be responsible for next-generation versions of Mercedes’ compacts.