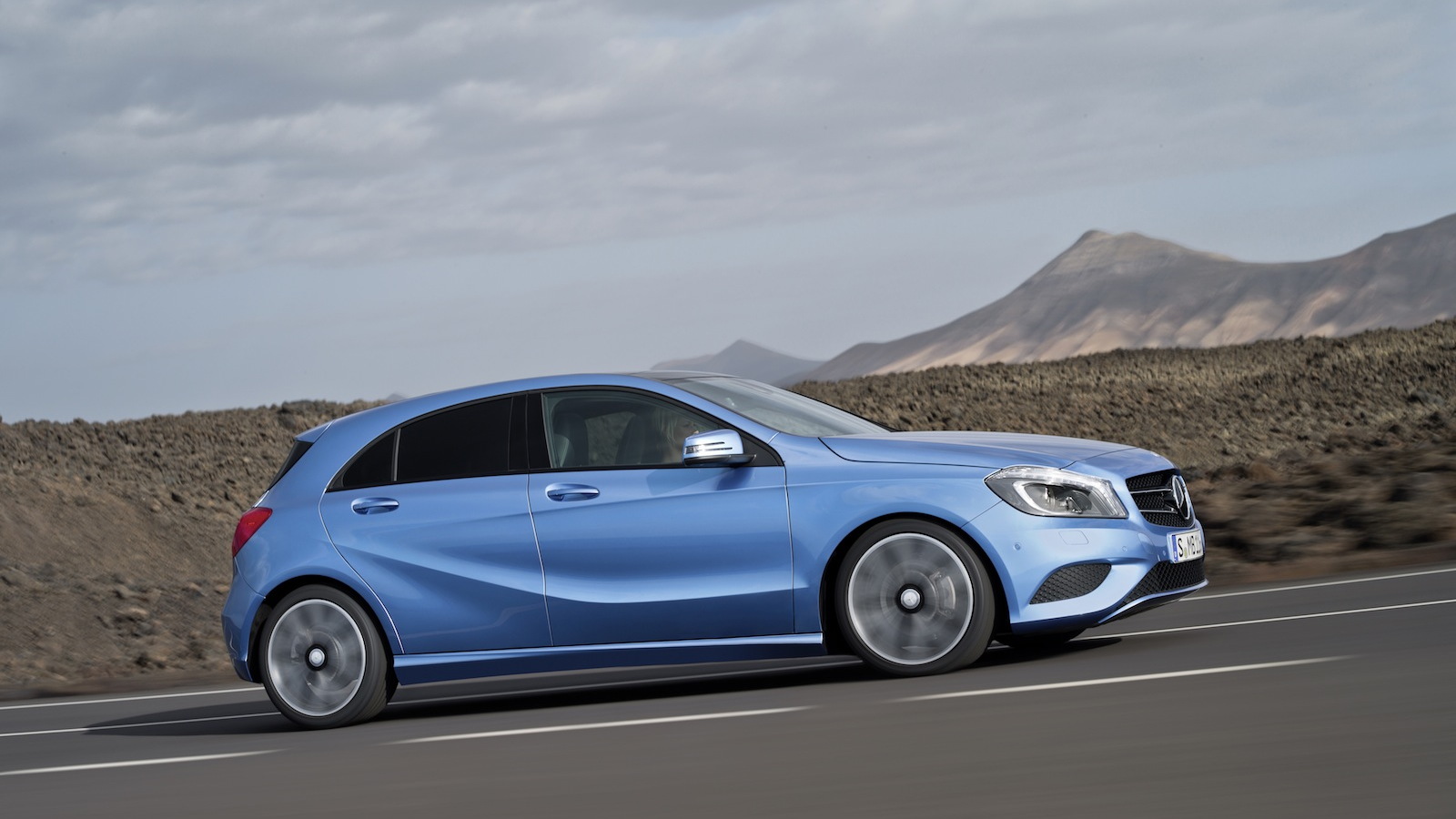 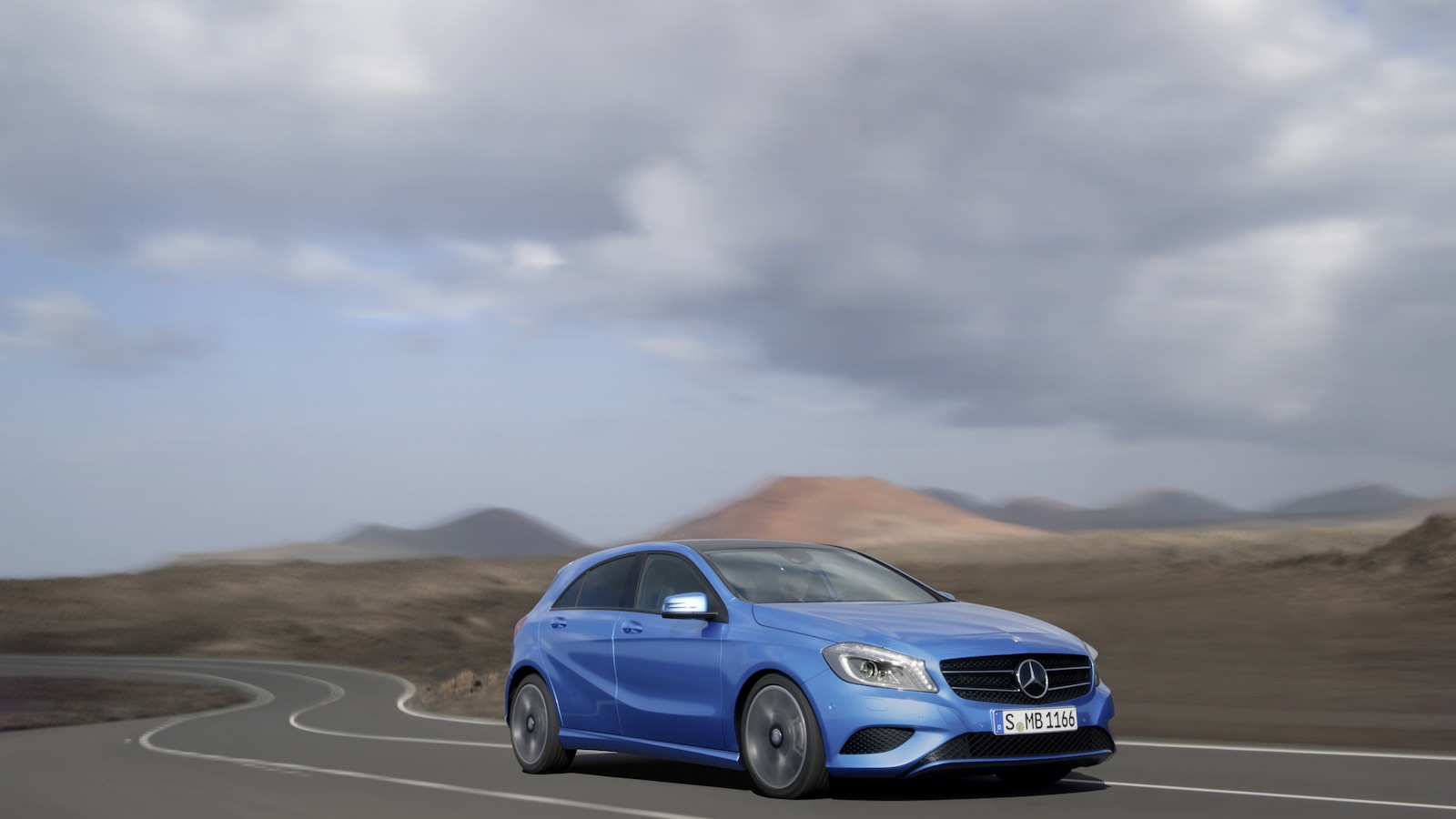 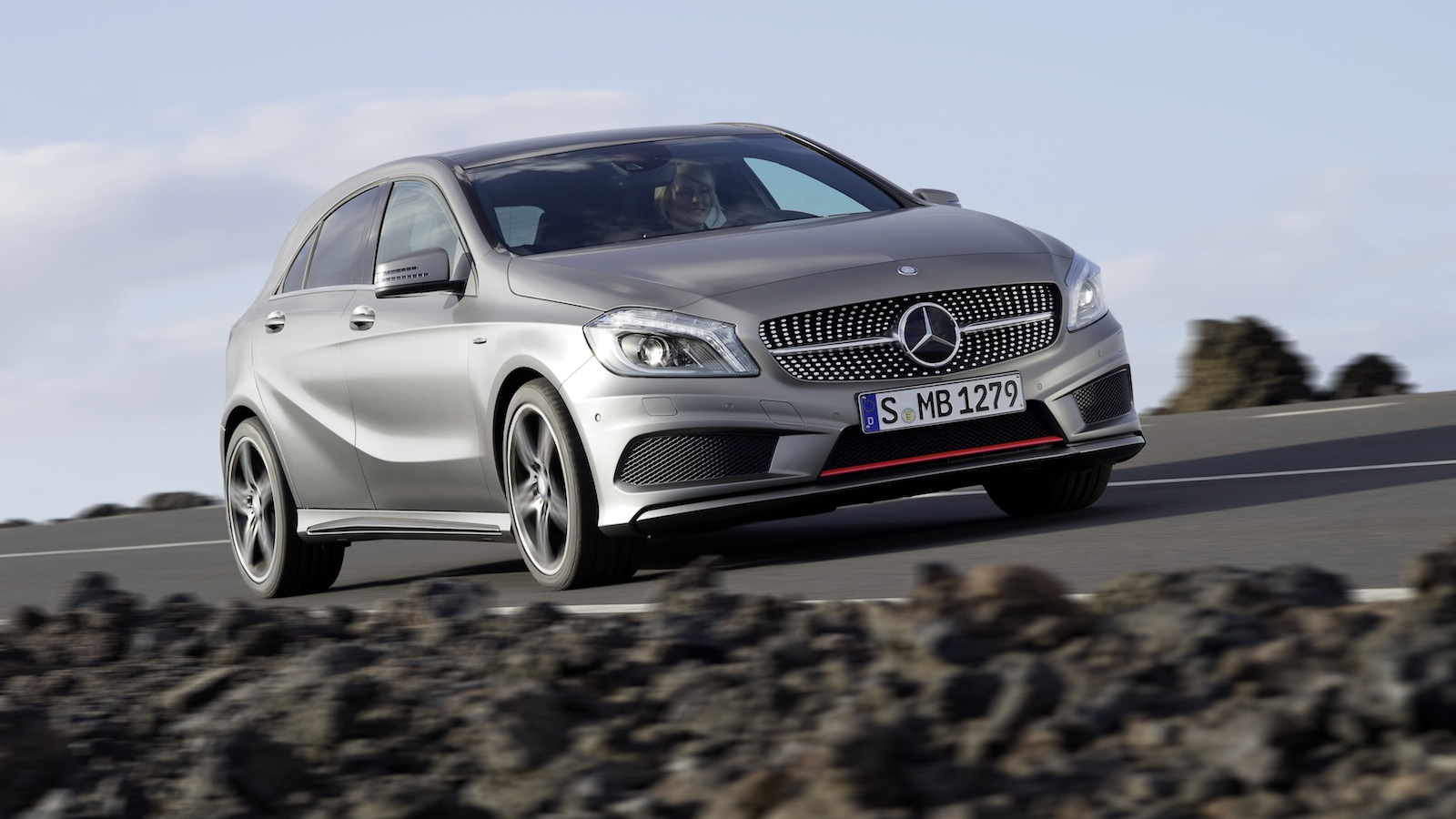 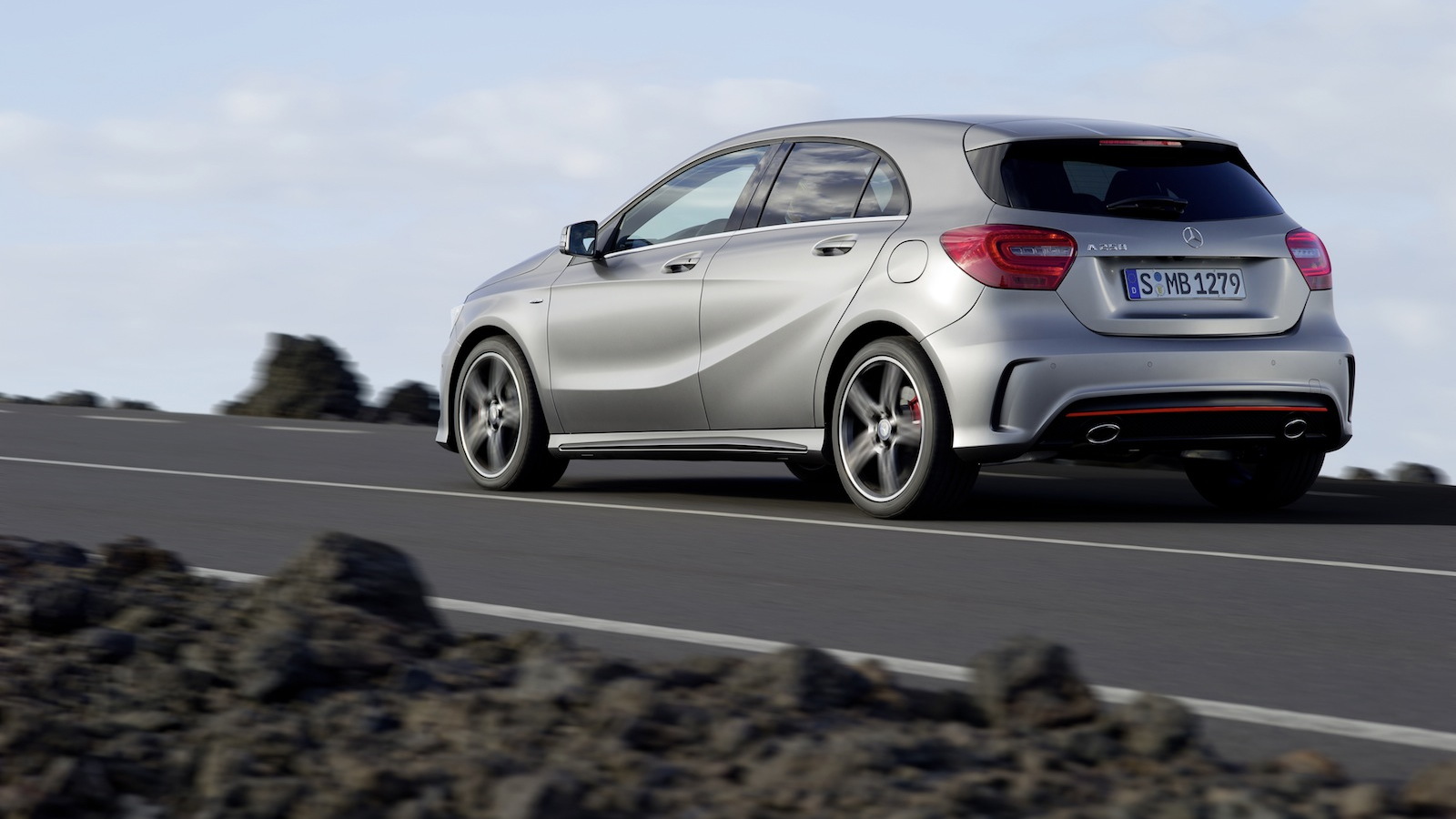 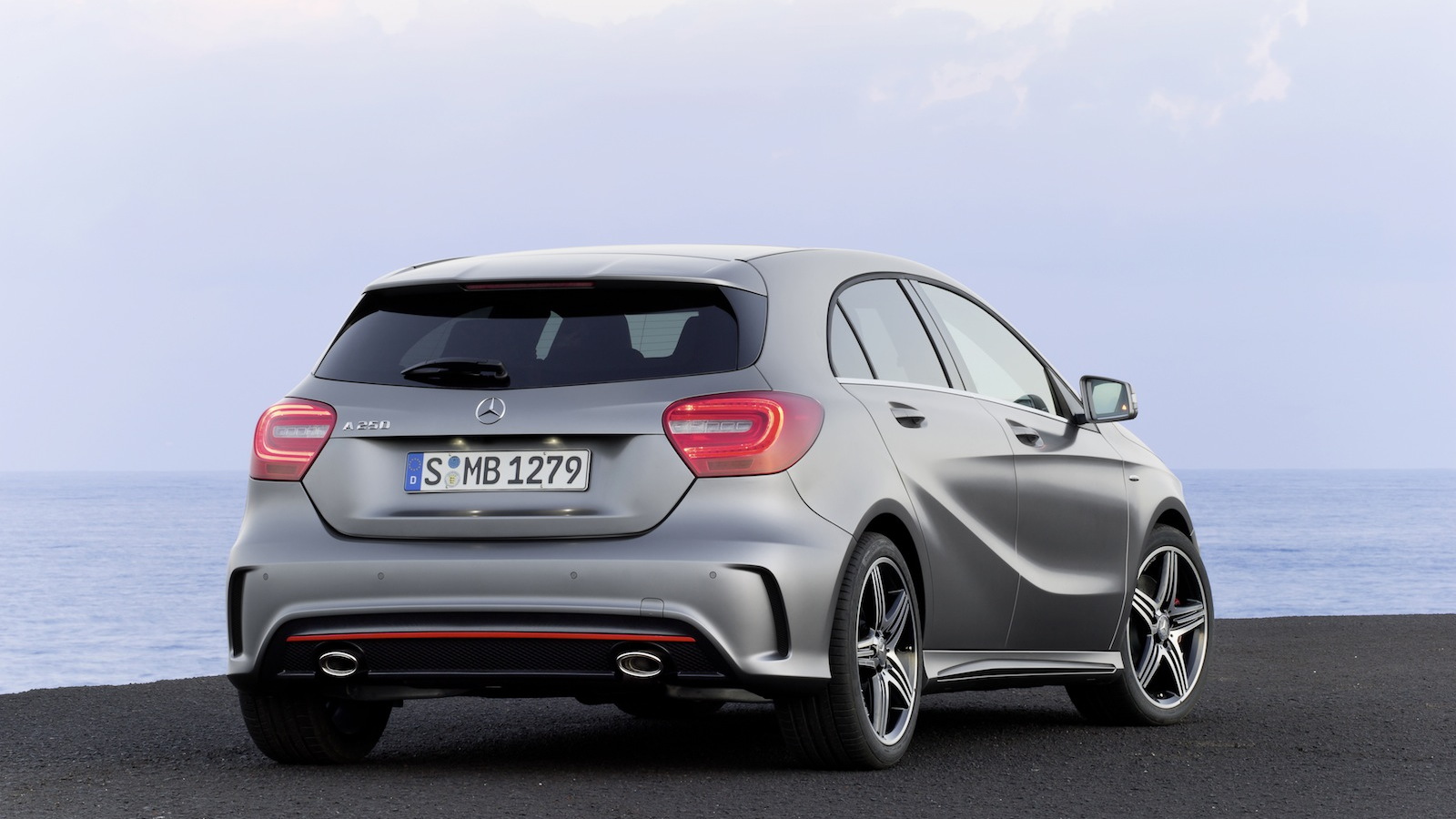 Mercedes’ third-generation A Class has finally been revealed in full, with the stylish new hatch making its official world debut this week at the 2012 Geneva Motor Show.

The latest version marks several major departures from previous generations, namely, the switch to a more conventional hatchback design instead of the previous van-like body.

Another departure is the planned U.S. launch of the new A Class sometime next year, which will mark the first time that Mercedes’ entry-level model is offered in the States.

As for the car itself, it has debuted in regular five-door trim, which will be followed by a sportier three-door version as well as a high-performance AMG model. The initial engine lineup consists of a range of four-cylinder engines outputting between 109 and 211 horsepower.

All engines in the new A Class feature the ECO start/stop function as standard. The engines can be combined either with either a six-speed manual transmission or, as an option, with a 7G-DCT dual-clutch automatic transmission, which is the more fuel efficient option.

However, in addition to being frugal, the new A Class underlines that for Mercedes-Benz safety is not a question of price--the standard specification includes, amongst other things, the radar-based COLLISION PREVENTION ASSIST system. Other safety features, either standard or available, include ATTENTION ASSIST, Hill-Start Assist, Adaptive Highbeam Assist, Blind Spot and Lane Keep Assist, Active Parking Assist, and a backup camera.

In terms of performance, Mercedes called on its official go-fast division AMG to help with the fine tuning. A noticeably lower centre of gravity and a new four-link rear axle provide the basis for the car’s dynamic performance; and the design also makes the installation of 4MATIC all-wheel-drive possible. Customers can choose between various suspension settings, among them the optional sports suspension with Direct-Steer system.

Another area of customization is the three main trim choices for the A Class: Urban, Style, and AMG Sport. The latter is the choice of performance fans and comes with unique styling elements including a custom grille and 18-inch light alloy wheels, as well as red-painted brake calipers and a dressed up interior.

For more news from Geneva, be sure to follow our comprehensive Geneva Motor Show coverage.