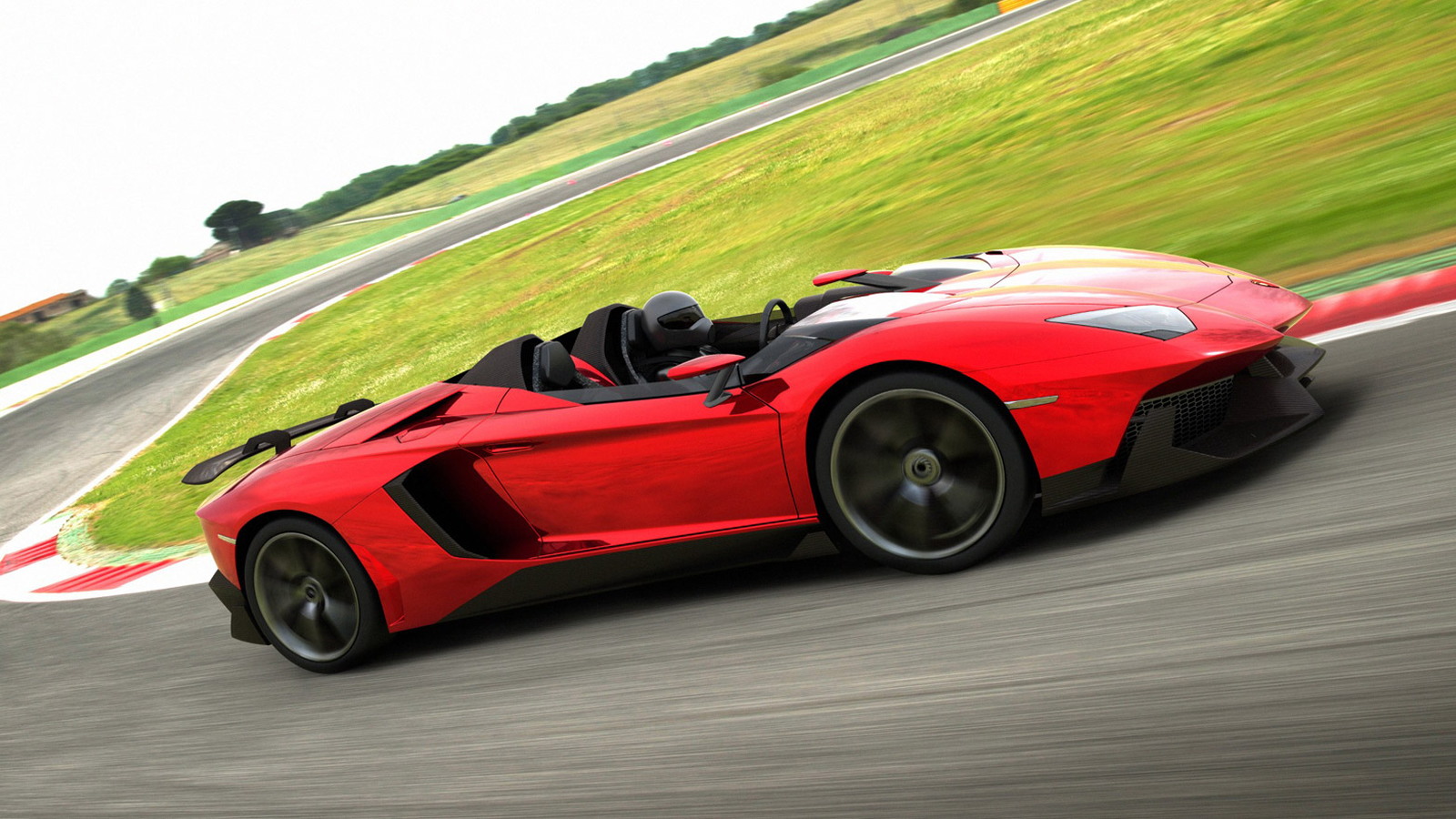 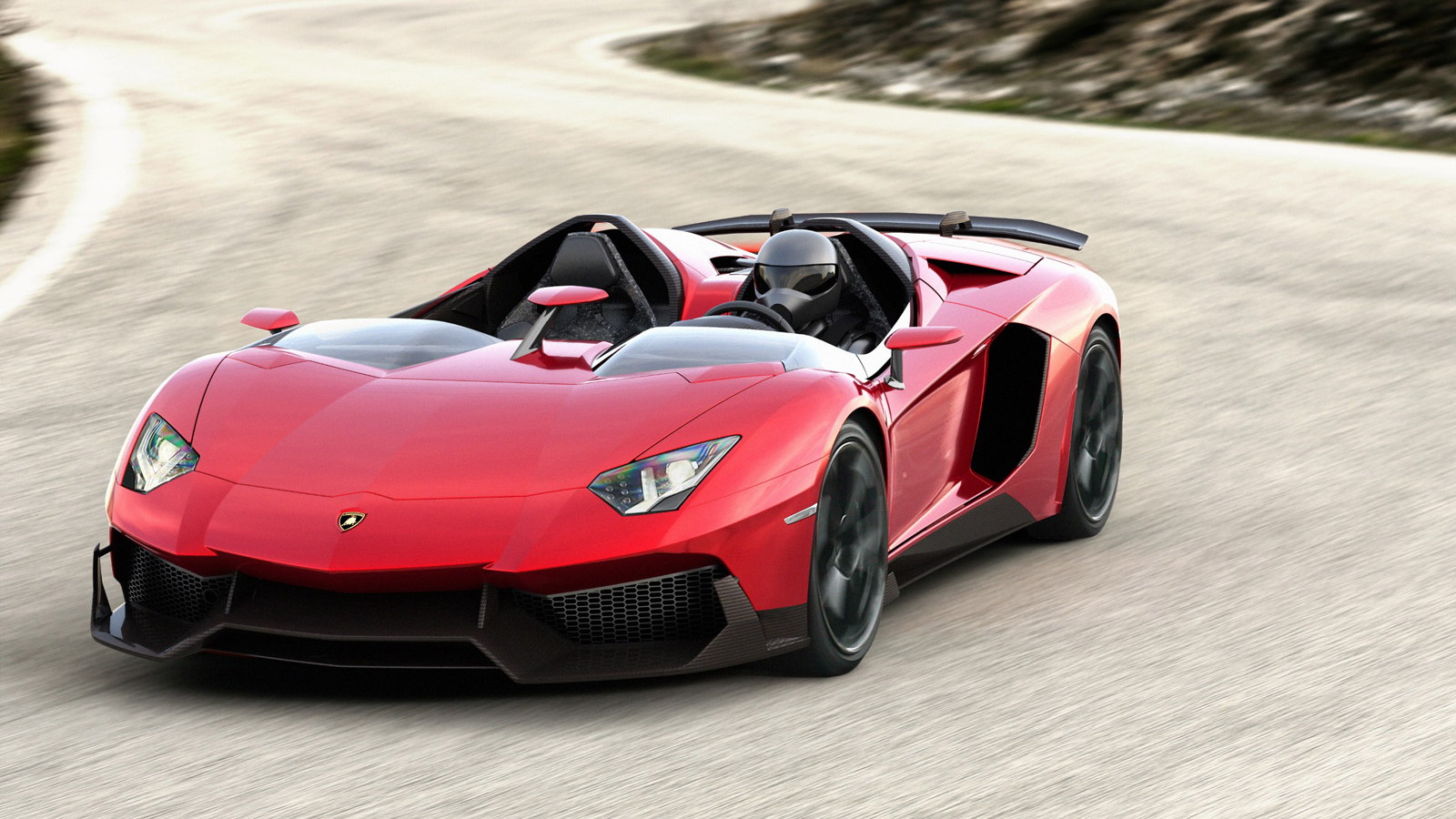 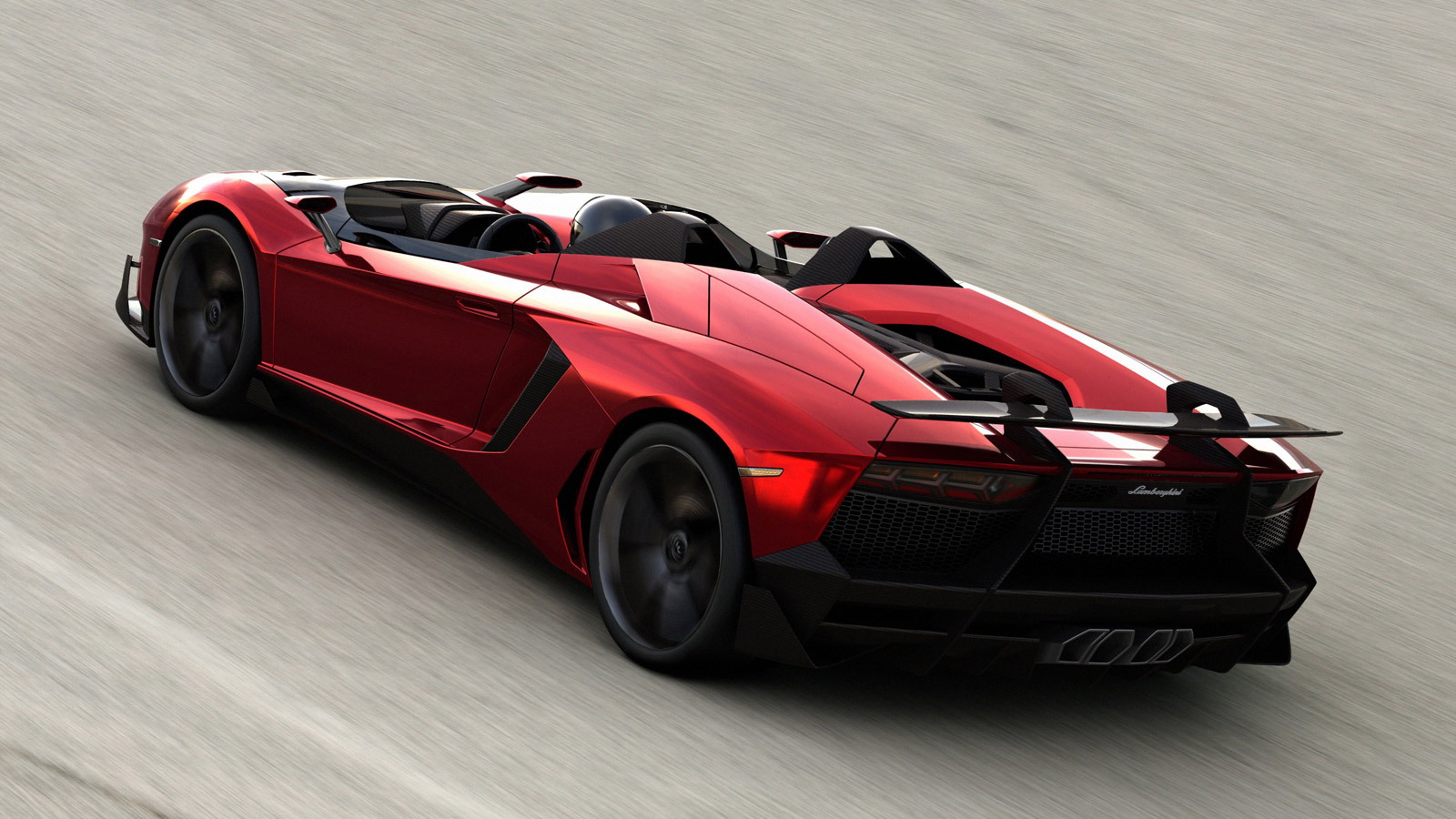 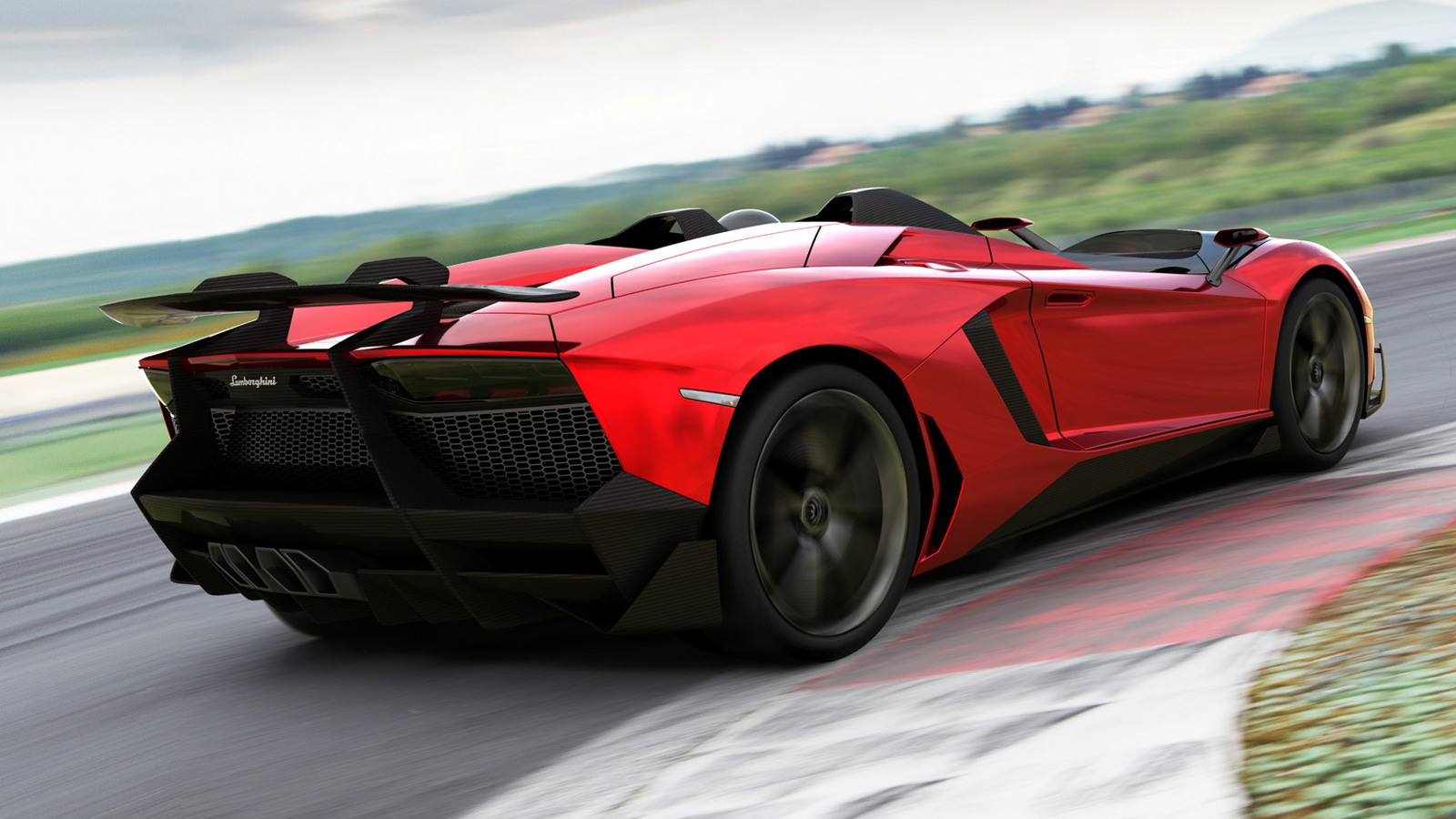 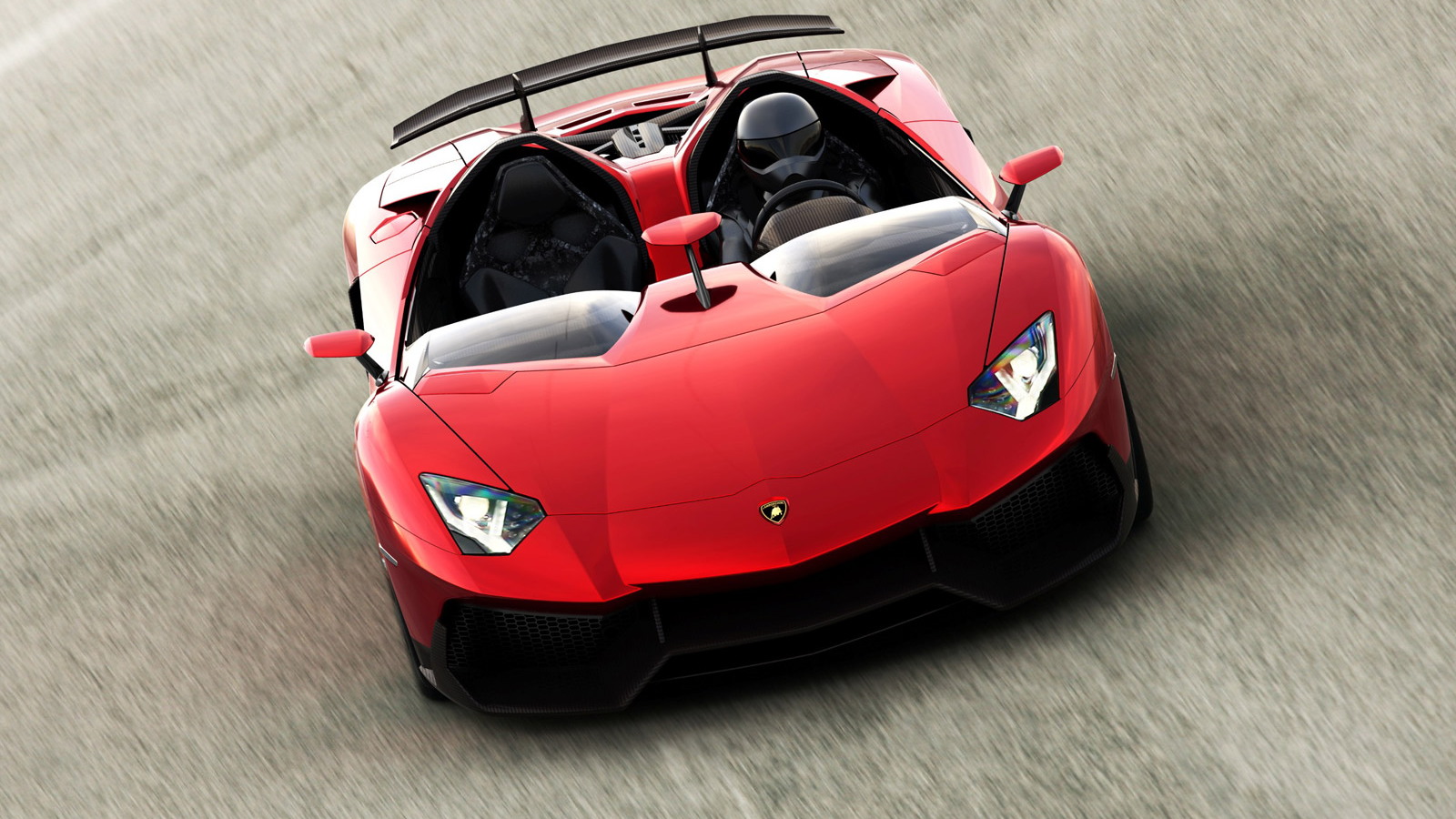 12
photos
Built from the beginning as a one-off showpiece that just a single lucky Lamborghini fan would own, the Aventador J revealed today at the 2012 Geneva Motor Show is an expected yet stunning take on an already mind-boggling car.

With a carbon monocoque, the idea of an open driving position is perhaps obvious; that's what all formula cars use, after all. But this is a road car, adapted from the coupe version of Lamborghini's new flagship. And as with any Lamborghini flagship of the last decade of more, it's as opulent and feature-packed as it is high-performance. The Aventador J, however, is not.

Along with the top, Lamborghini has thrown out the vast majority of the entertainment and other equipment, leaving behind what the company calls "the most uncompromising open super sports car of its entire history."

And so it is. Retaining the 700-horsepower, 6.5-liter V-12 engine, ISR transmission, pushrod suspension, and all-wheel drive of its more common LP 700-4 coupe brother, the Aventador J's similarities essentially end there.

There's no front windshield; the exterior and interior are melded into one, but the driver's head and face are exposed at 186 mph without the right protective equipment. A wide intake at the front of the car and small upward-tilting winglets on the edges give the J the look of an F1 car from the side, says Lamborghini.

And unlike most convertibles converted from coupes, the Aventador J actually saves weight--though it ditches the air conditioning system, stereo, and more in addition to the roof and the windshield to get there.

A totally new carbon fiber material, dubbed Carbonskin, is also introduced on the Aventador J; a carbon fiber fabric. Made of woven carbon fiber soaked in a special epoxy resin that retains its flexibility, Carbonskin adorns every surface of the J's interior, giving it a matte carbon black finish.

"With the Lamborghini Aventador J, we have molded our brand DNA into its most definitive form to-date. This automobile is as extreme and as uncompromising as only a Lamborghini can be," says Stephan Winkelmann, President and CEO of Lamborghini.

That's all rote, of course; what you expect. But Winkelmann then throws us a bit of a curve, saying somewhat cryptically, somewhat boastfully, "Nowadays we are confronted with several regulations that we face in the spirit of challenge. The Aventador J is the proof that, despite the rules, Lamborghini will always make people dream, even in the future."

Precisely which regulations Winkelmann is taking to task isn't clear, but whichever they are, we like the result.

But what about that dangling J--where did it come from? Lamborghini pulls ir from the FIA rule book, actually. Appendix J is the section which defines the technical specs of the various classes of race cars. Is there a hint contained in that as well? Perhaps.

Moving past the obvious and intricate bits of design in the Aventador J, there are a few more features that bear mention, including the periscope-stype rear-view mirror, which, without a windshield frame to mount on, stands up on its own.

The wheels, 20-inches up front and 21-inches in back, were specially-designed for the J, using a five-spoke aluminum forged design with center lock and carbon fiber insert designed to aid brake ventilation. A massive diffuser at the rear is functional, aiding aerodynamic downforce at speed, as is the rear wing/spoiler connected to it.

As excellent as the Aventador J appears to be--as pure an experience--it's only for one owner to have; just the single example built for the show exists. There are no other prototypes, no other plans for more. This is it. And it's already sold.