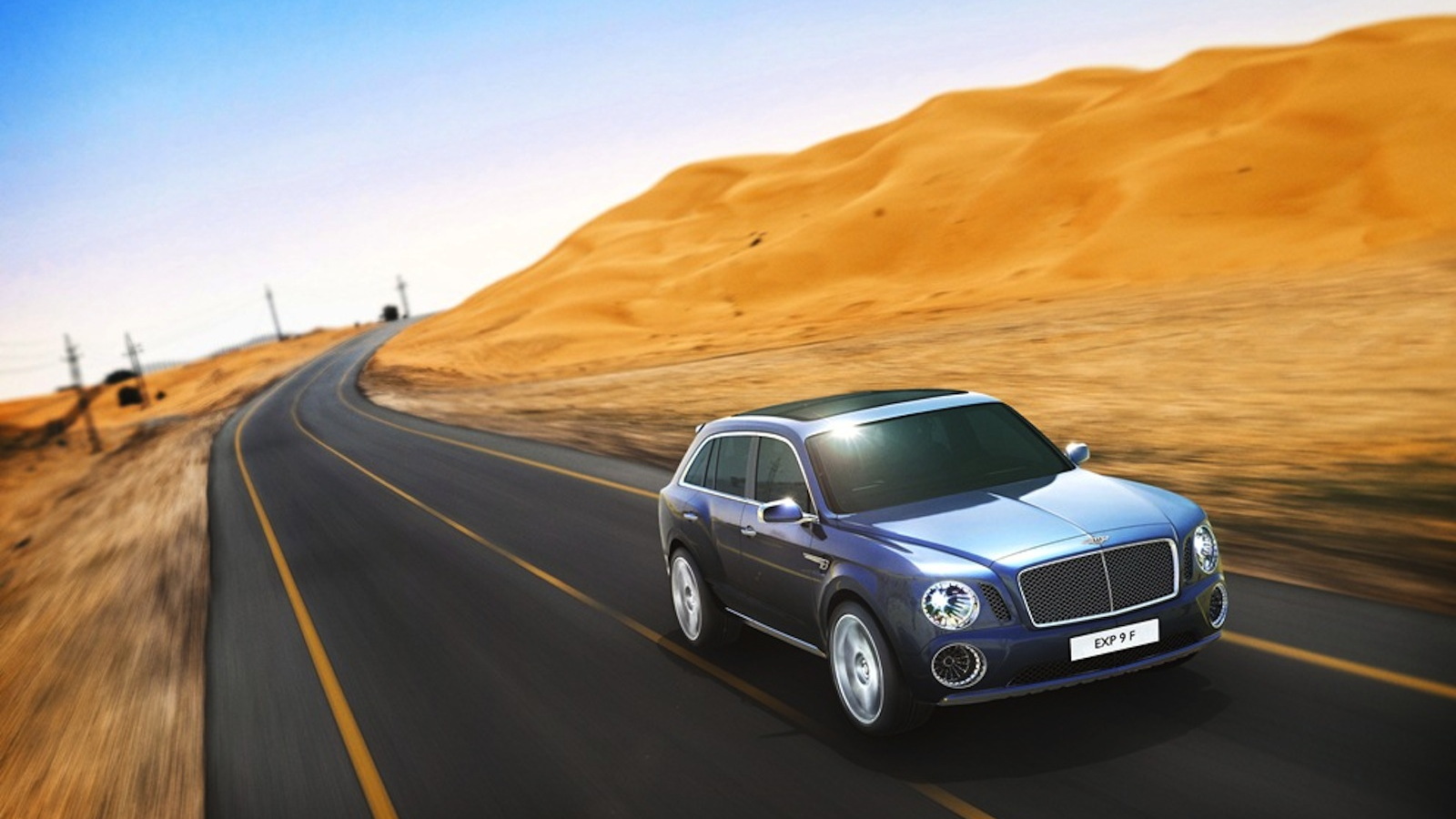 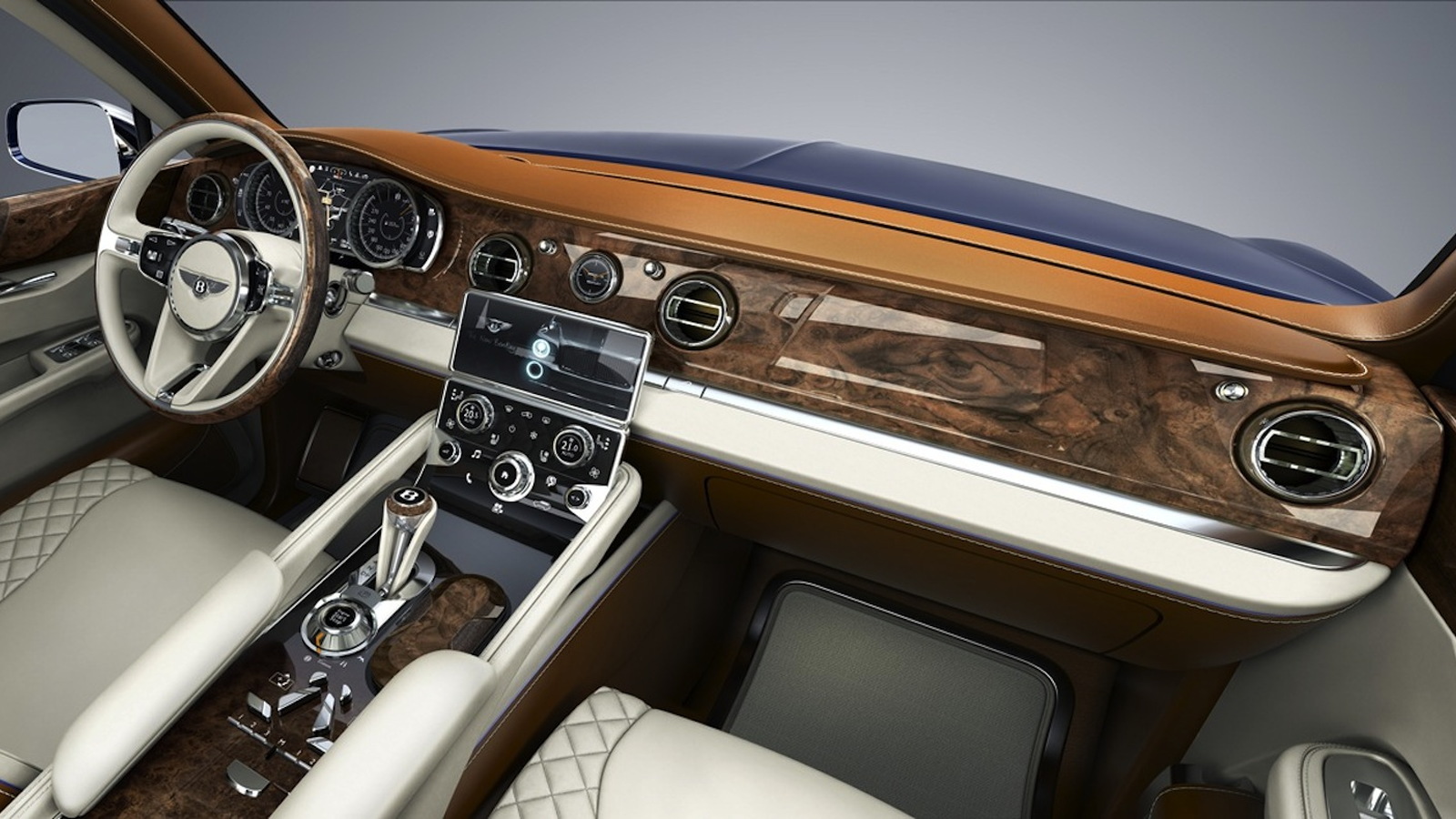 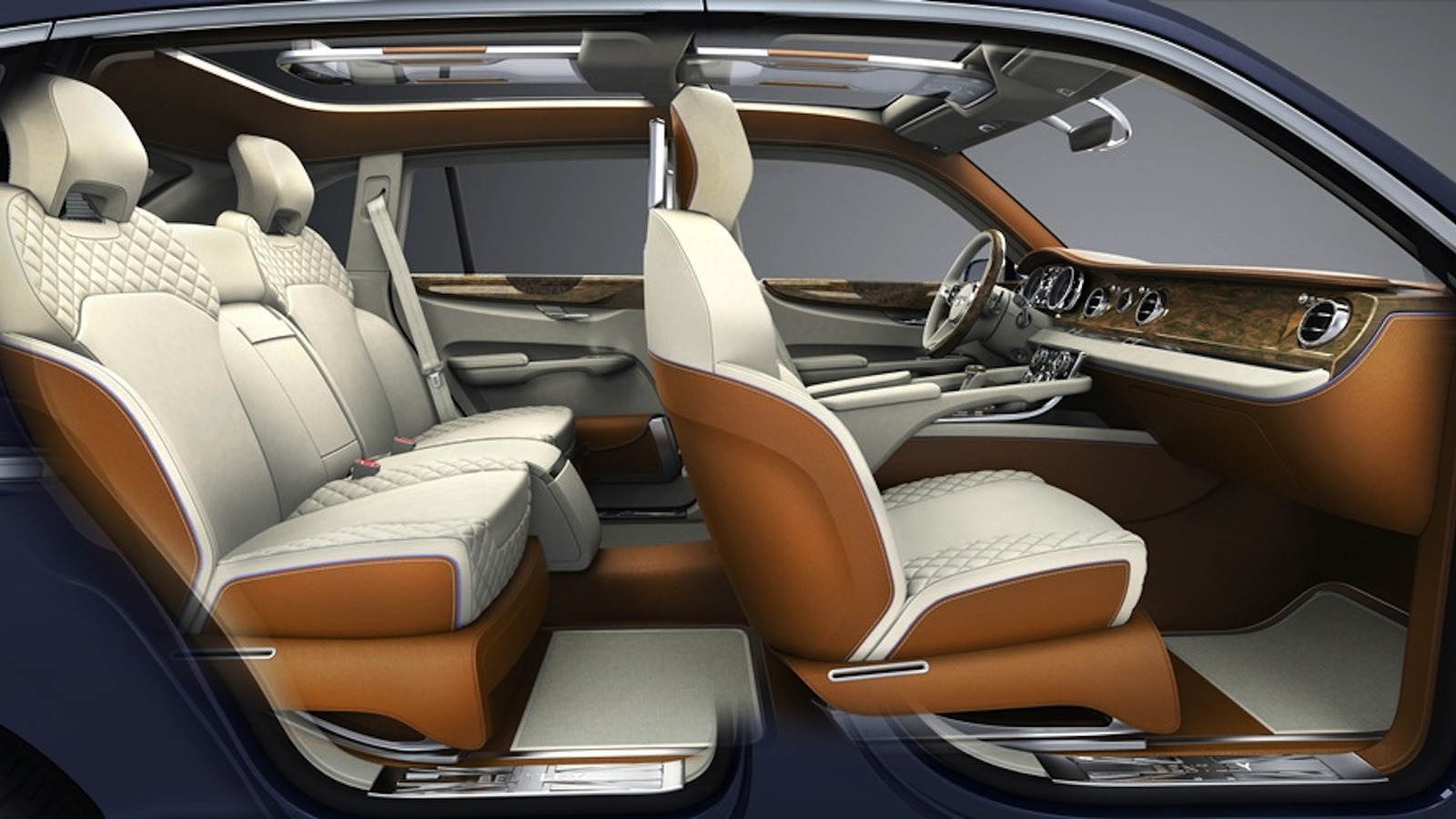 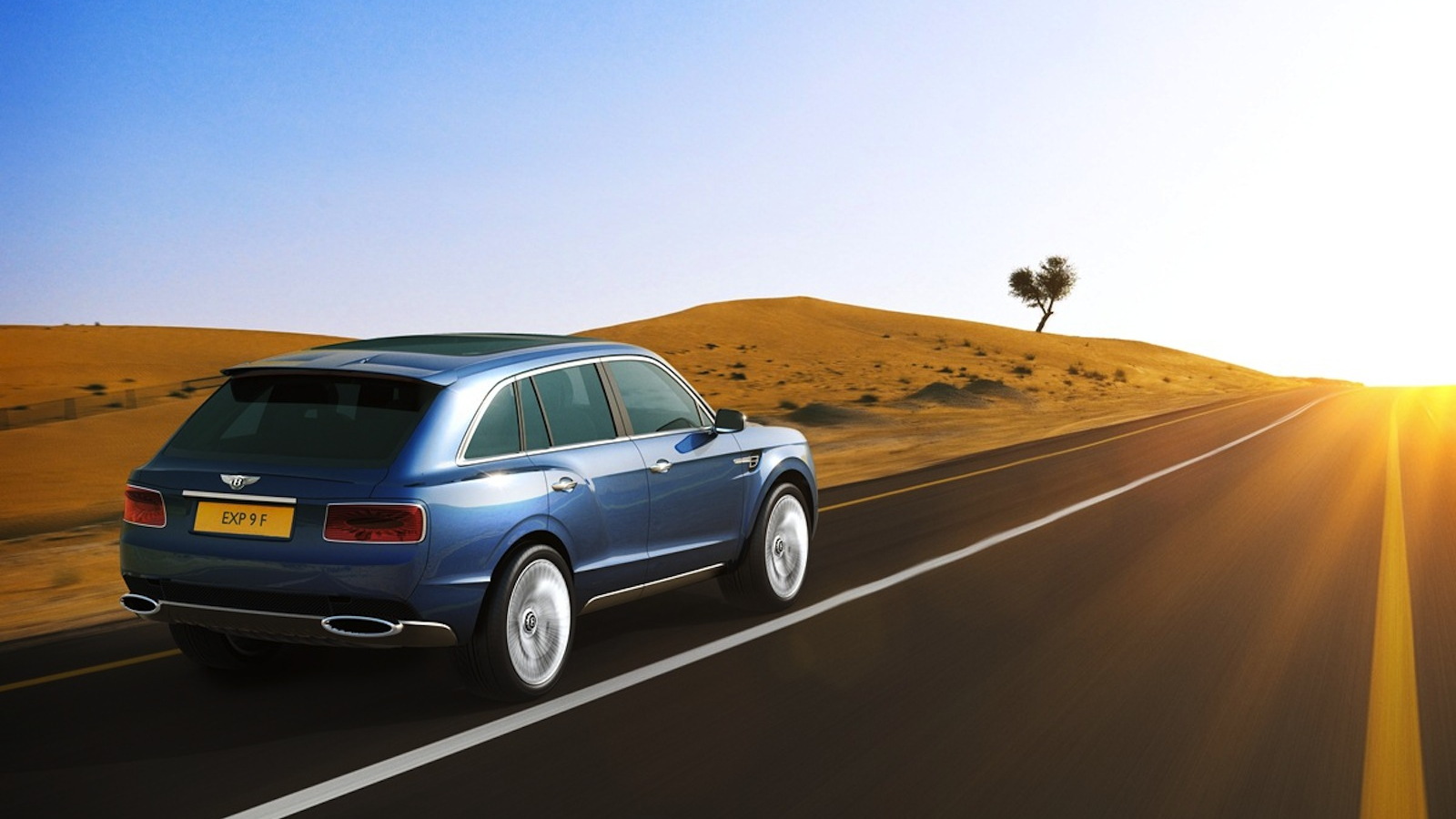 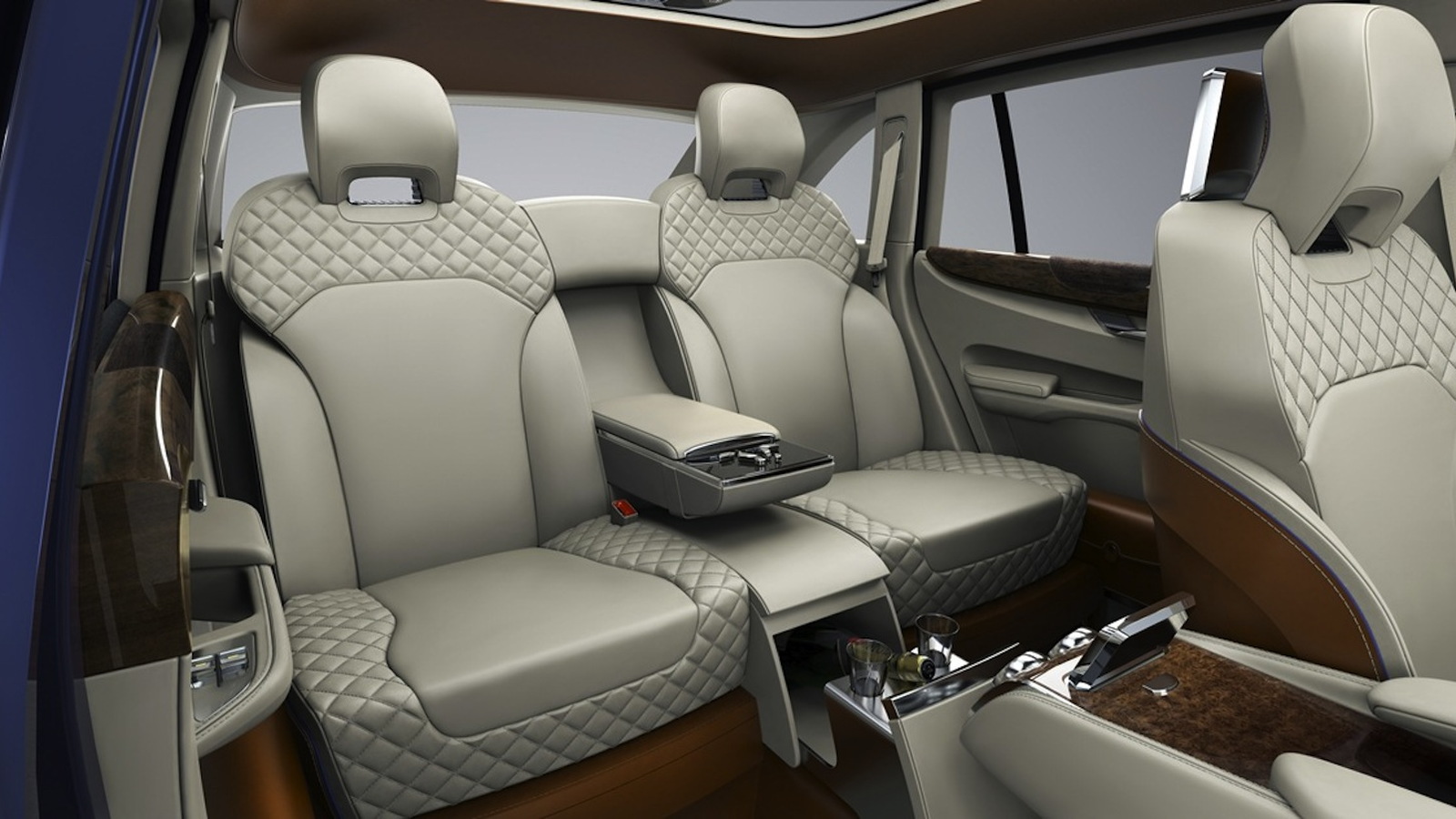 The oft-rumored Bentley SUV has arrived--albeit in concept form, as the Bentley EXP 9 F, at this week’s Geneva Motor Show.

Bentley describes the EXP 9 F, which could kick off a third model line (next to the Mulsanne and Continental ranges) for the ultra-luxury automaker, as a “compelling new take on the Grand Touring Bentley,” calling it “equally at home at an opera gala performance, on the sand dunes and the overtaking lane of the autobahn.”

With an increasingly diverse customer base, adding a high-end sport utility vehicle makes good sense to Bentley. As many Bentley owners also own SUVs from other automakers, introducing one under the Bentley brand allows the automaker to retain a higher percentage of customer business. An SUV is seen as essential in attracting buyers in developing markets, too.

The challenge was creating an SUV that exceeded customer expectations. Bentley’s director of design, Dirk van Braeckel, explains that the “EXP 9 F had to represent the absolute pinnacle of the sport utility sector, setting a new benchmark for this type of vehicle.”

Starting with a clean sheet of paper, Bentley’s designers incorporated familiar styling elements such as the matrix grille, round lamps and signature character lines. Like all Bentley models, the EXP 9 F Concept had to convey the “hewn from solid” design language that sets all Bentleys apart.

In keeping with Bentley’s “visible engineering” theme, the daytime running light apertures serve as the intakes for the W-12 engine’s charge coolers, and each sports a turbine fan design. The turbine theme is carried over to the 23-inch alloy wheels, and outback, the taillights are styled to look like the engines of a jet fighter, glowing from within and projecting light outwards.

Inside, Bentley blends luxury, technology and utility. There are the expected elements, such as wood, leather, and polished metal, but TFT “virtual” instrumentation adds a bit of contemporary functionality. Floor mats are reversible, with one side being silk wool (for city use) and the other crafted of saddle leather (for the outdoors).

Seating is 4+1, and the rear seats can be easily folded and stowed for increased cargo capacity. When in place, the seats allow users to stay connected via mounted tablet computers, and the center armrest hides a cooled compartment for champagne and glasses. Bespoke picnic baskets and a retractable awning make the EXP 9 F ideal for an afternoon in the country.

Drivers get the benefit of 3D navigation, and can choose between Comfort, Sport and Off-Road driving modes. While the concept uses Bentley’s 6.0-liter, twin-turbocharged W-12 engine mated to an eight-speed automatic transmission, both the new 4.0-liter twin-turbo V-8 or a future hybrid drivetrain could be used in its place.

Bentley will base a production decision on the feedback received from Geneva Show attendees. While an SUV may represent a dramatic break from tradition at Bentley, if its customers demand all-terrain capability, Bentley is happy to address their needs.

For more news from Geneva, be sure to follow our comprehensive Geneva Motor Show coverage.