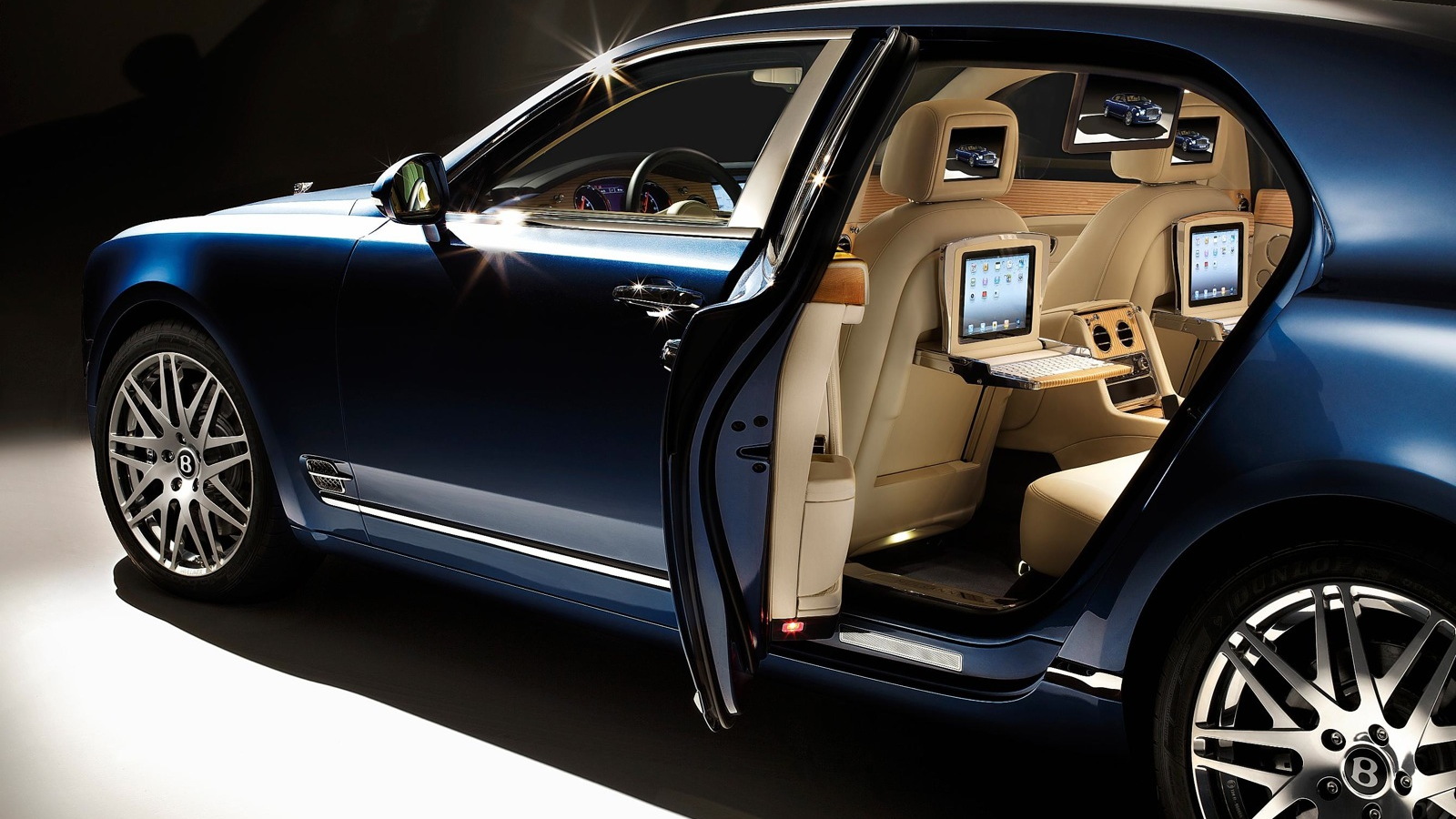 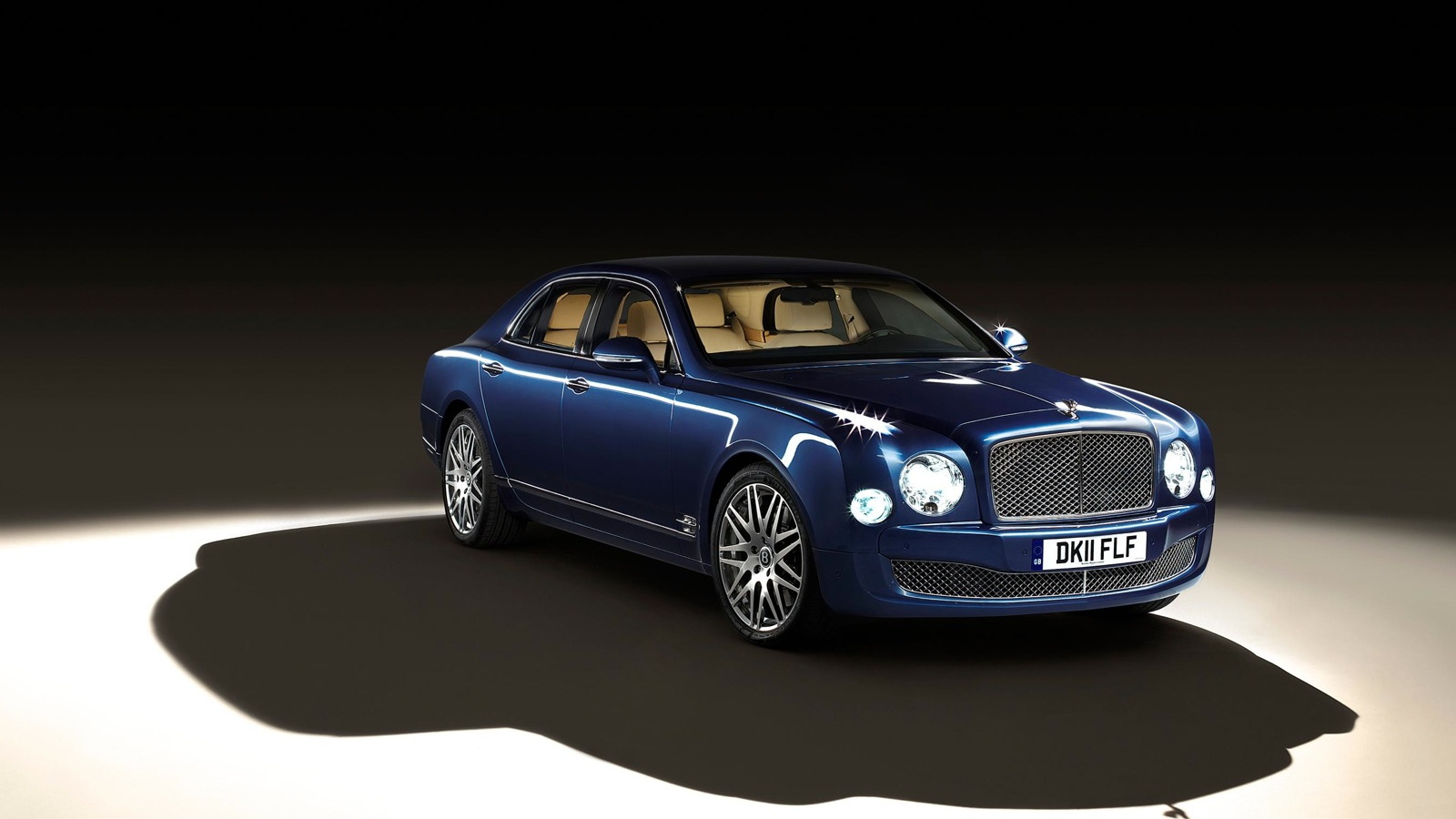 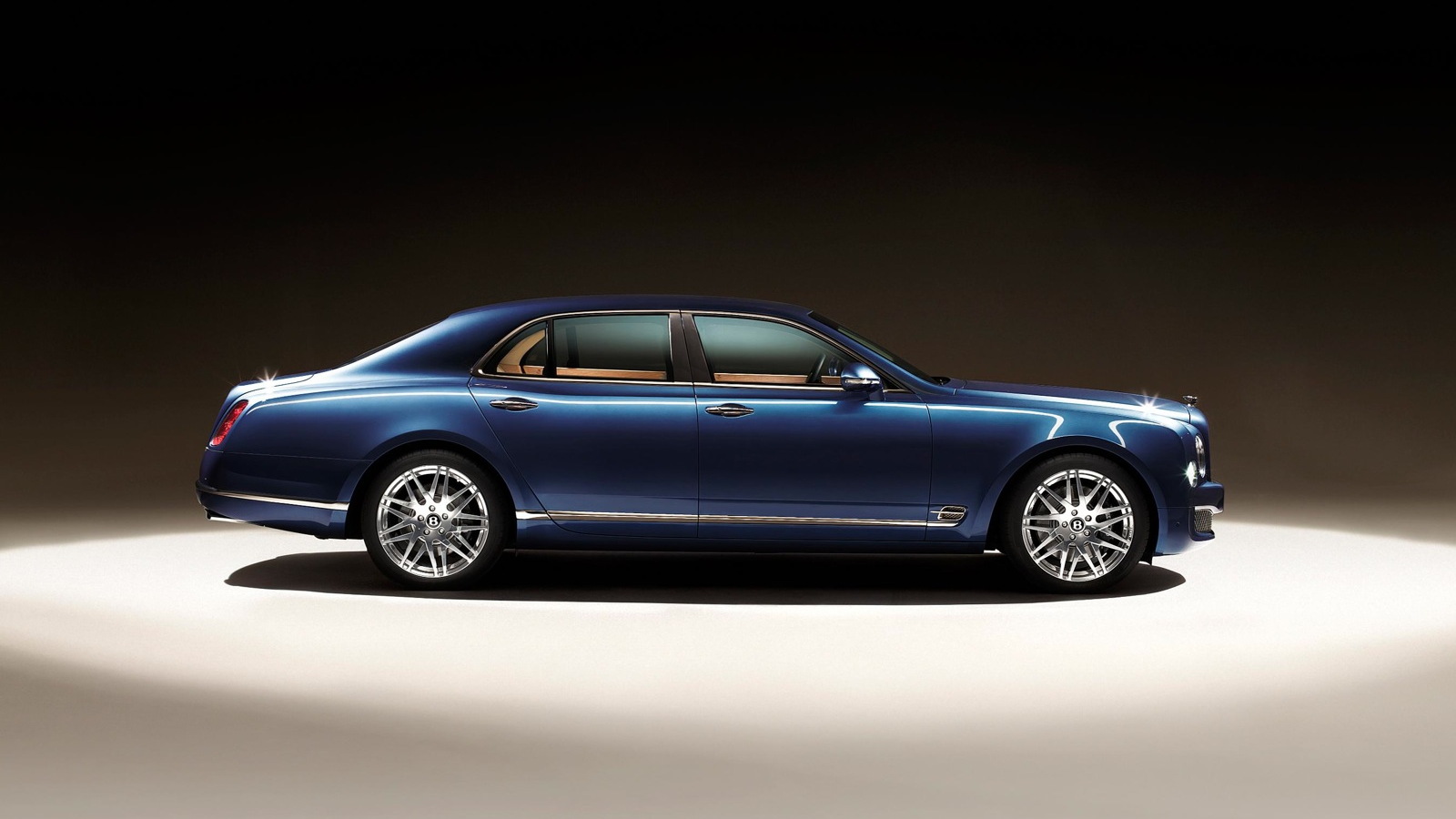 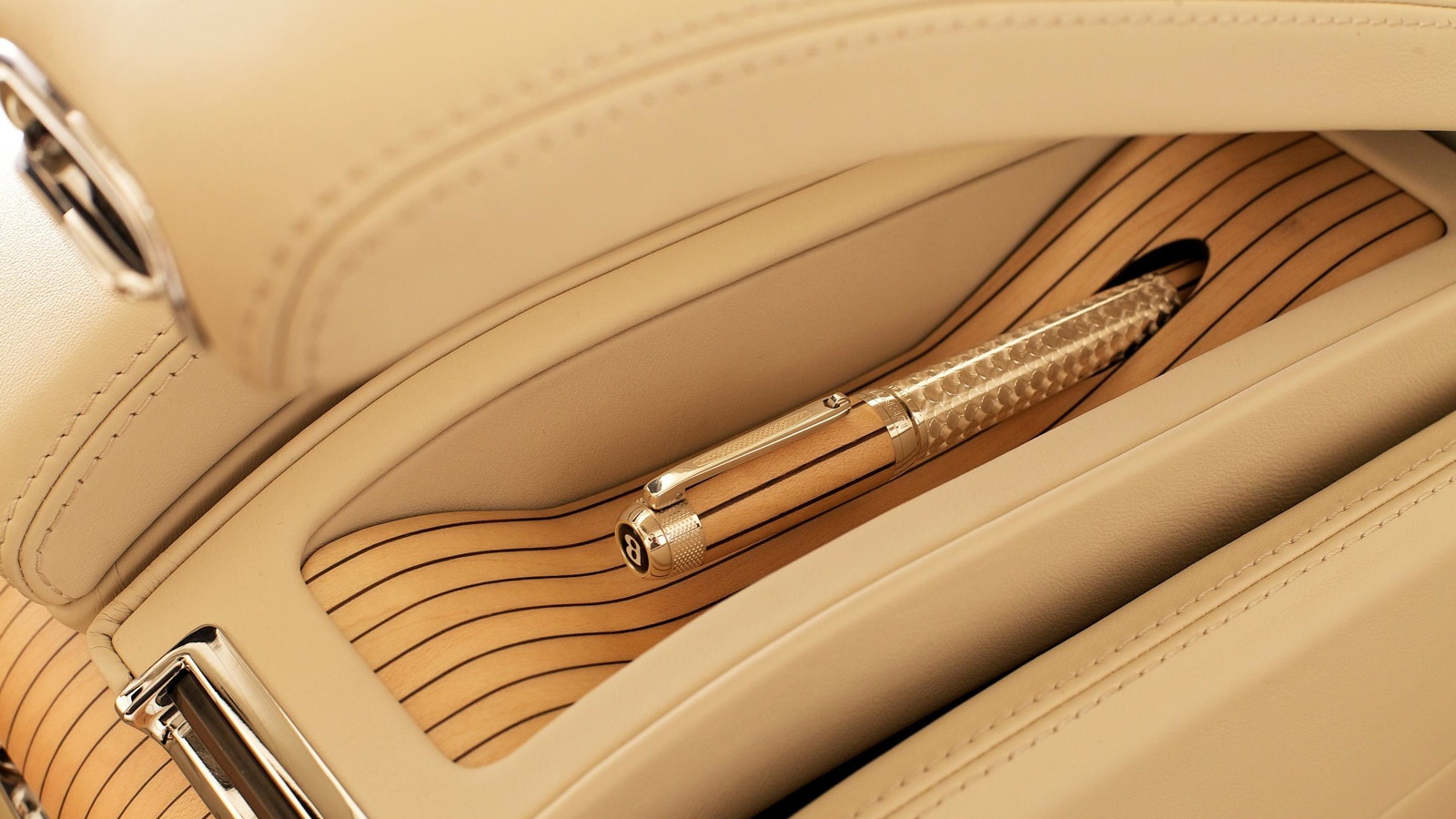 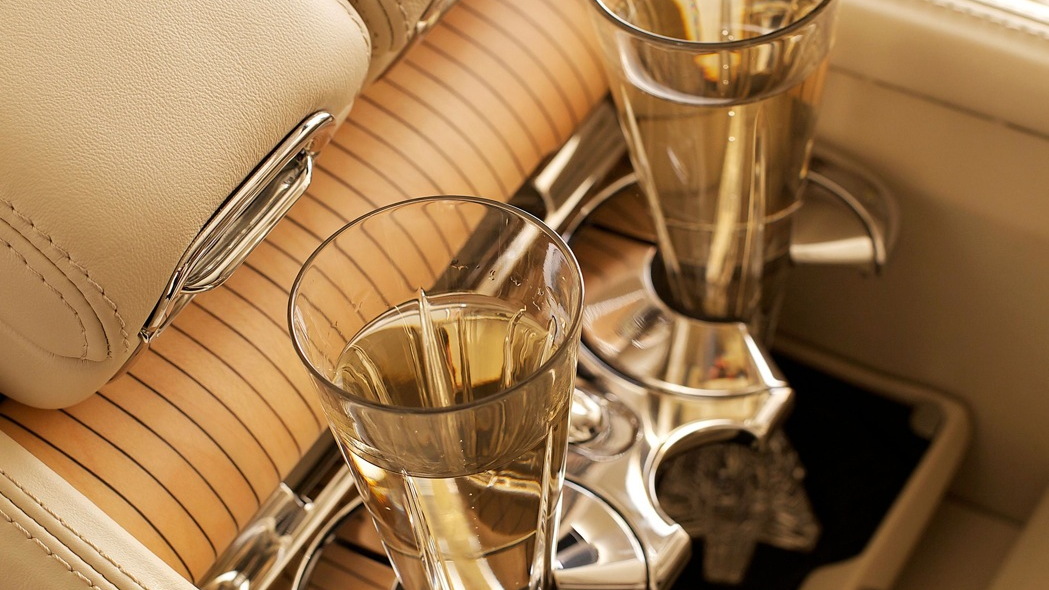 9
photos
At last year’s Frankfurt Auto Show, Bentley debuted two advanced multimedia interior concepts for its Mulsanne flagship. Under the “Executive Interior” umbrella, attendees were shown both the “Theater” specification and “iPad” specification interiors, each aimed at a slightly different type of buyer.

If you’re currently in the market for a Bentley Mulsanne, here’s some good news: the ultra-luxury automaker will put both concept interiors into production, and each can be ordered with bespoke options such as a Tibaldi fountain pen, or a “yachting style” wood veneer that blends Maple with Dark Wenge wood.

The Theater specification is aimed at owners wanting to enjoy some down time in the back seat. A centrally-mounted, high-definition 15.6-inch LED screen can display DVD movies or TV shows, or passengers can opt to read the Financial Times in perfect illumination thanks to bespoke lighting.

Ensuring that the children don’t quarrel over what to watch on the long trip to boarding school, each rear-seat occupant also has an eight-inch screen, mounted in the front headrests, and equipped with a set of Bluetooth-linked headphones.

The Theater interior also comes with a bottle chiller and bespoke champagne flutes, which may well make the Friday commute from the office to your country estate enjoyable, regardless of rush-hour traffic.

On the other hand, if you’re the no-nonsense business type, you may prefer the iPad specification interior.  Each rear seat passenger gets an eletrically-deployed veneered picnic table, complete with a soft hide writing surface and an embedded iPad with a wireless keyboard.

Users get full iPad functionality, meaning they can work on documents or spreadsheets, make video calls or simply surf the internet on the way to the office. For maximum comfort, the wireless keyboards are removable from the tables.

When not in use, the central screen of the Theater interior or the picnic tables of the iPad interior fold out of the way, ensuring that your Bentley’s interior remains as functional as possible.

Bentley isn’t mentioning prices for the two Executive Interior treatments, but if you’re shopping for a Mulsanne sedan, we’re guessing that the cost isn’t really a concern.