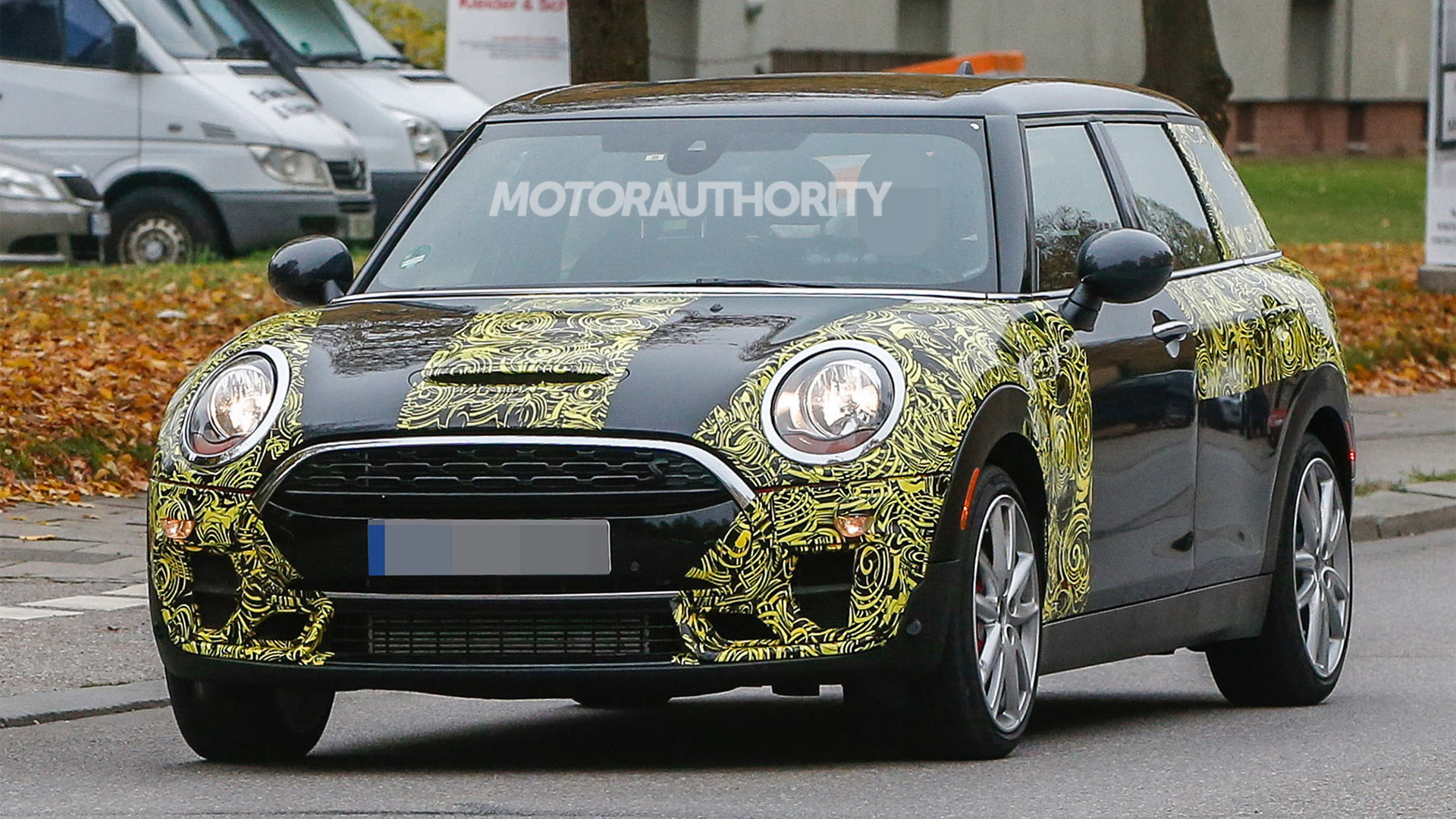 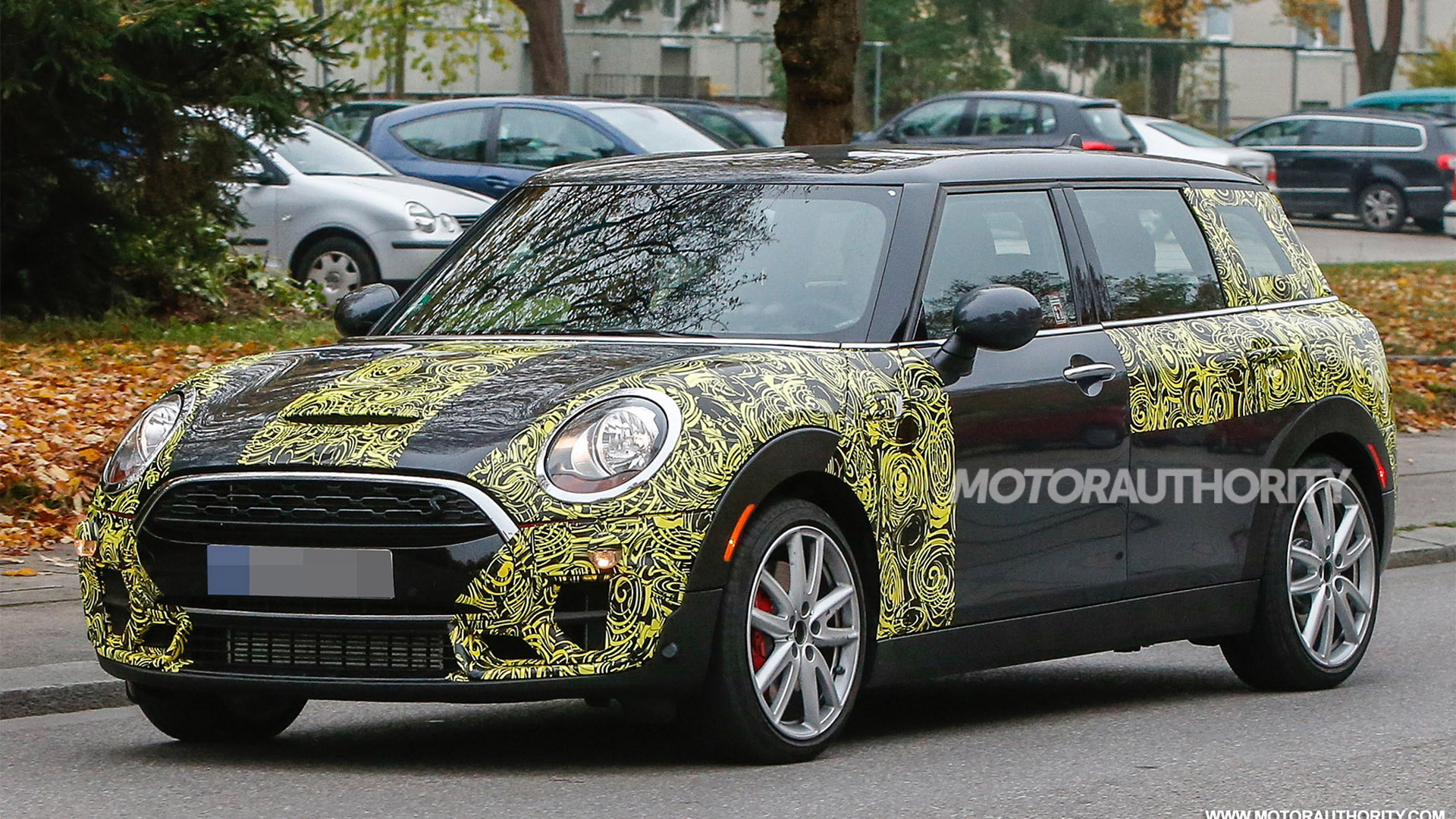 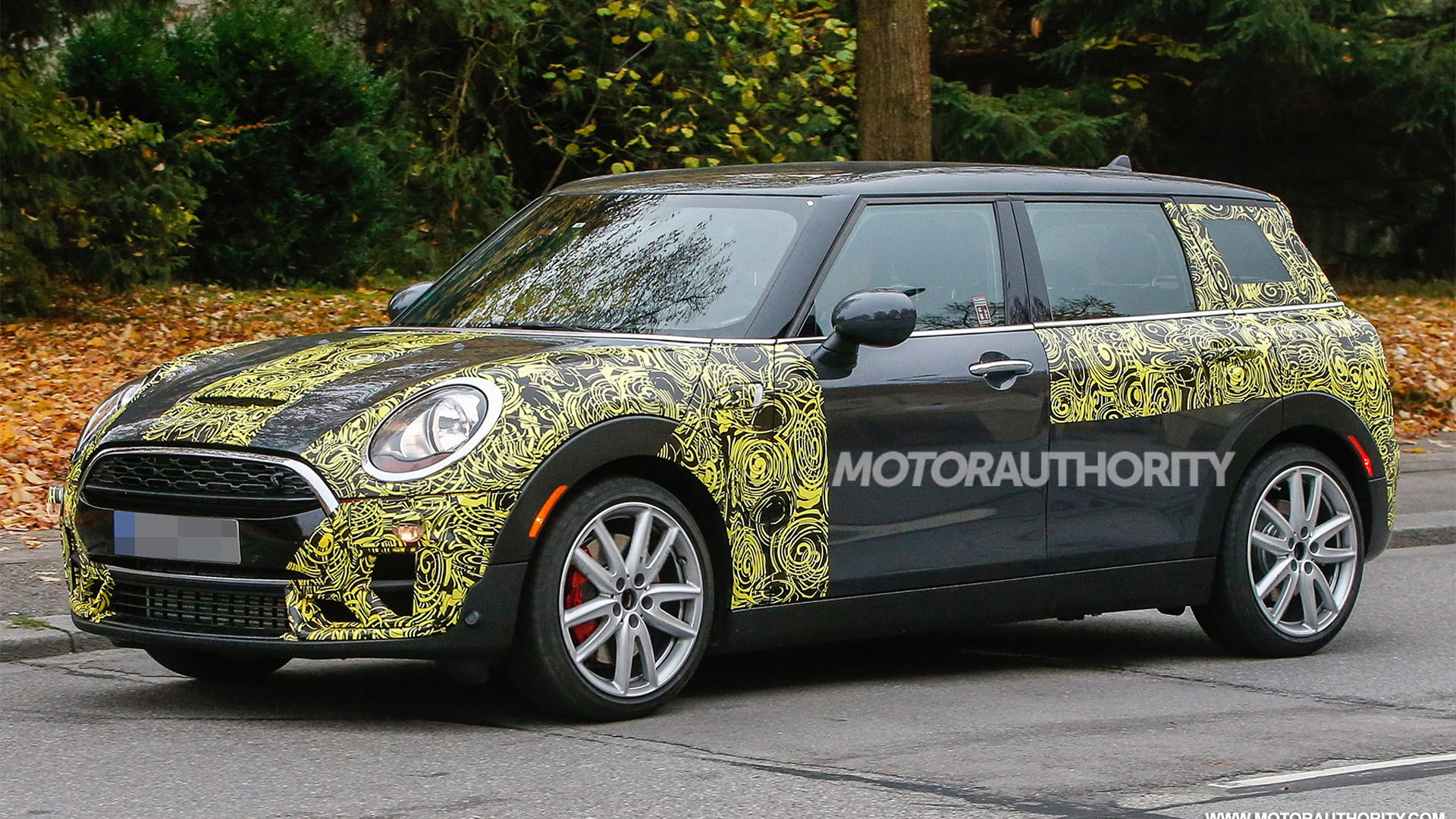 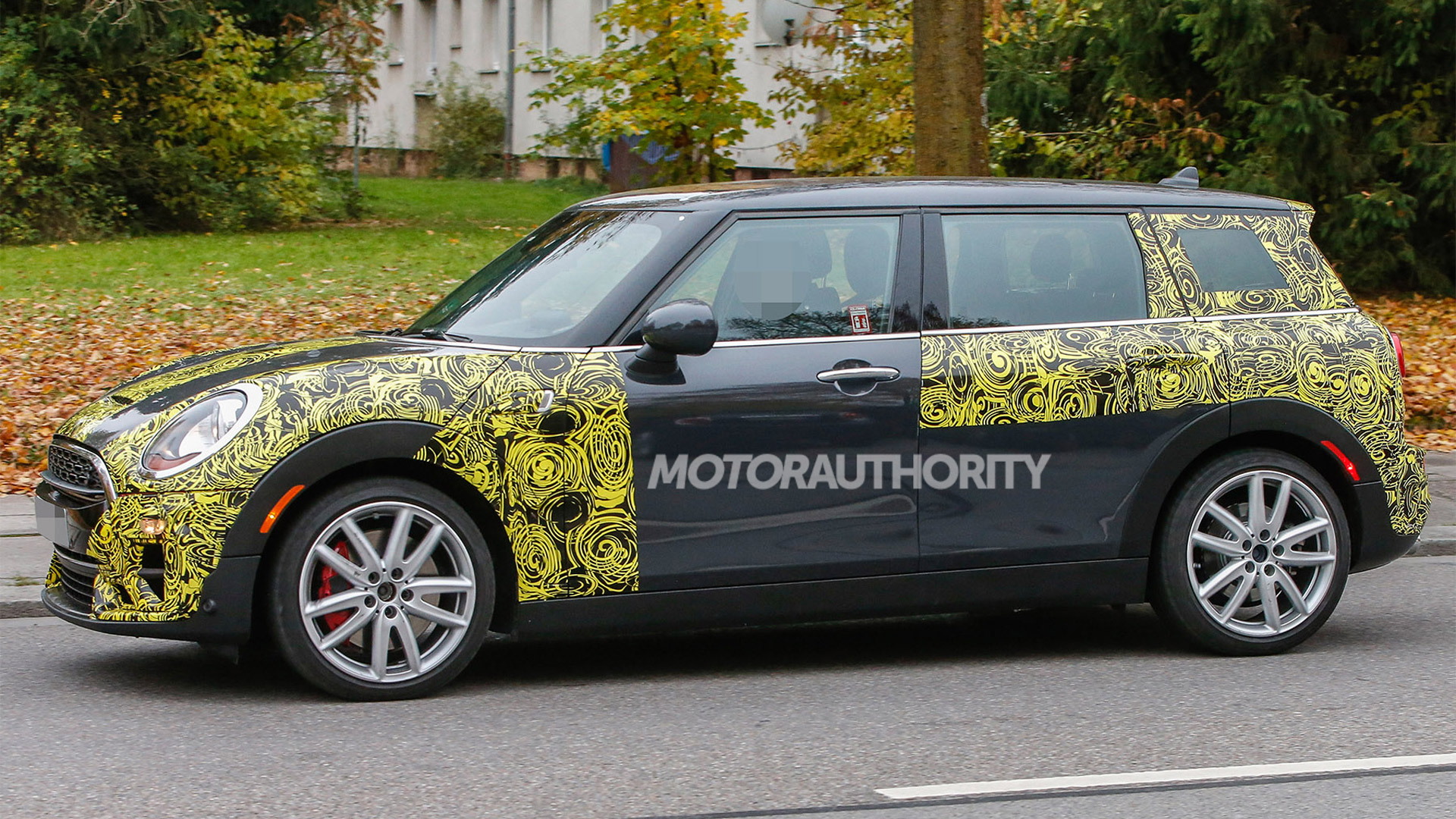 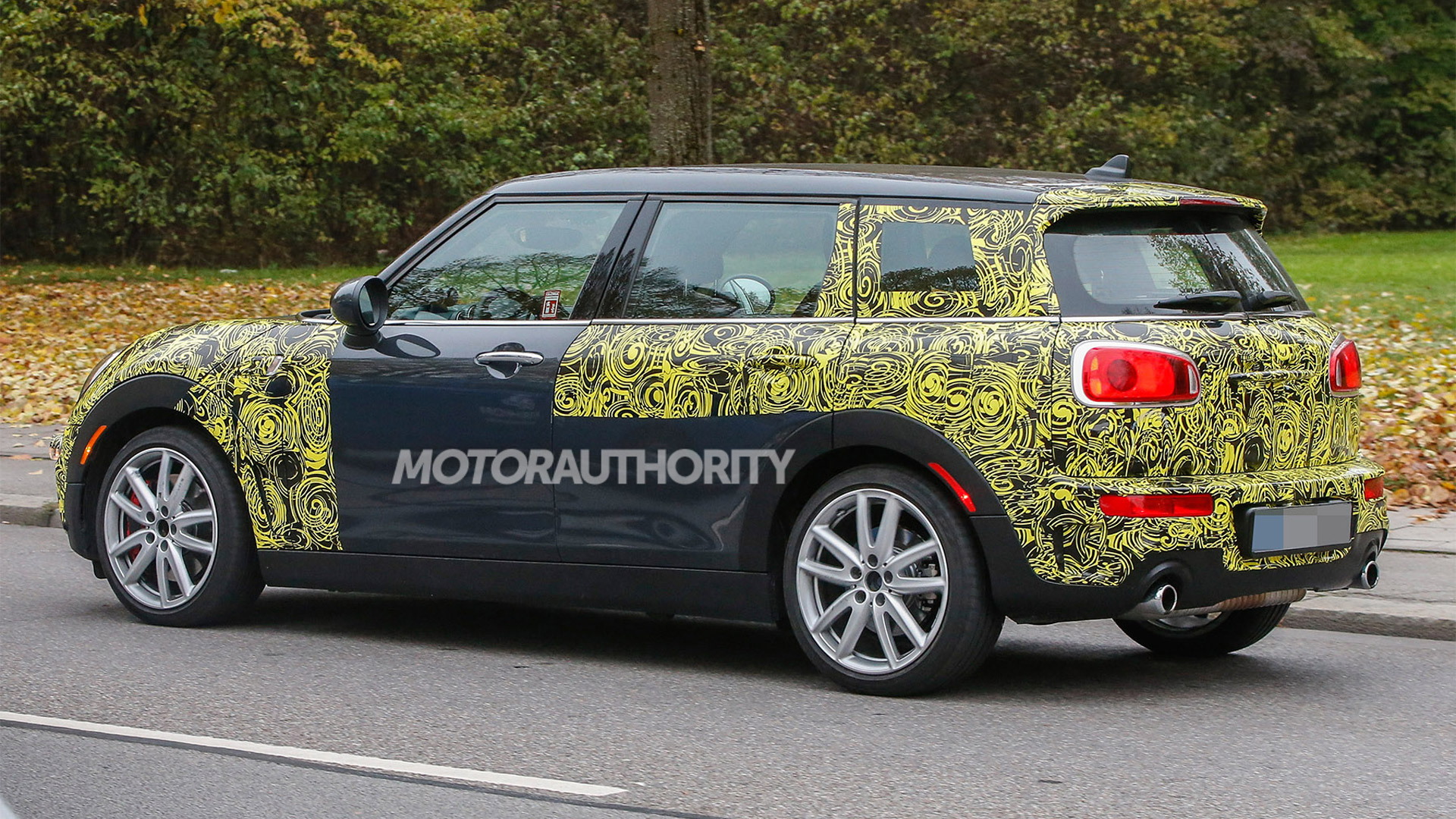 MINI’s second-generation Clubman goes on sale in January, priced from about $25k. However, at launch only the Cooper and Cooper S variants will be available. The one we’re most keen on is the high-performance John Cooper Works, which comes later in 2016.

A prototype for the new John Cooper Works Clubman has just been spotted. We know this is the JCW variant because of the enlarged intakes up front, chunky roof-mounted spoiler, exhaust tips finished in chrome, and what appears to be a rear diffuser.

Expect the same engine fitted to the latest JCW Hardtop to be nestled under the hood of this JCW Clubman. That means a turbocharged 2.0-liter four-cylinder delivering 228 horsepower and 236 pound-feet of torque to the front wheels.

Other upgrades for the JCW Clubman should be a sports exhaust system, refined suspension technology, Brembo brakes and 17-inch wheels. The transmission will either be a six-speed manual or eight-speed automatic with paddle shifters, and an electronic differential lock will be fitted as standard.