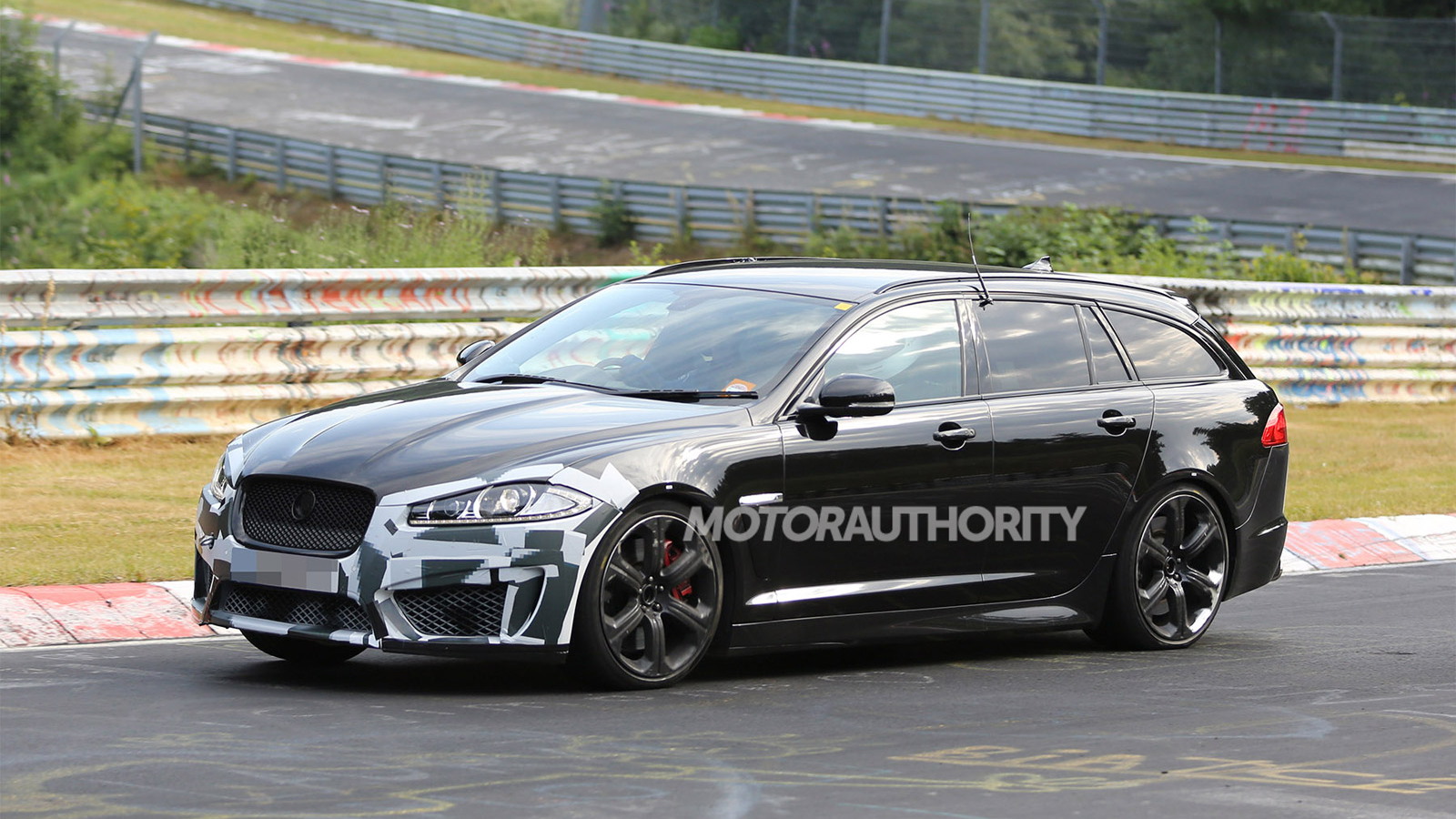 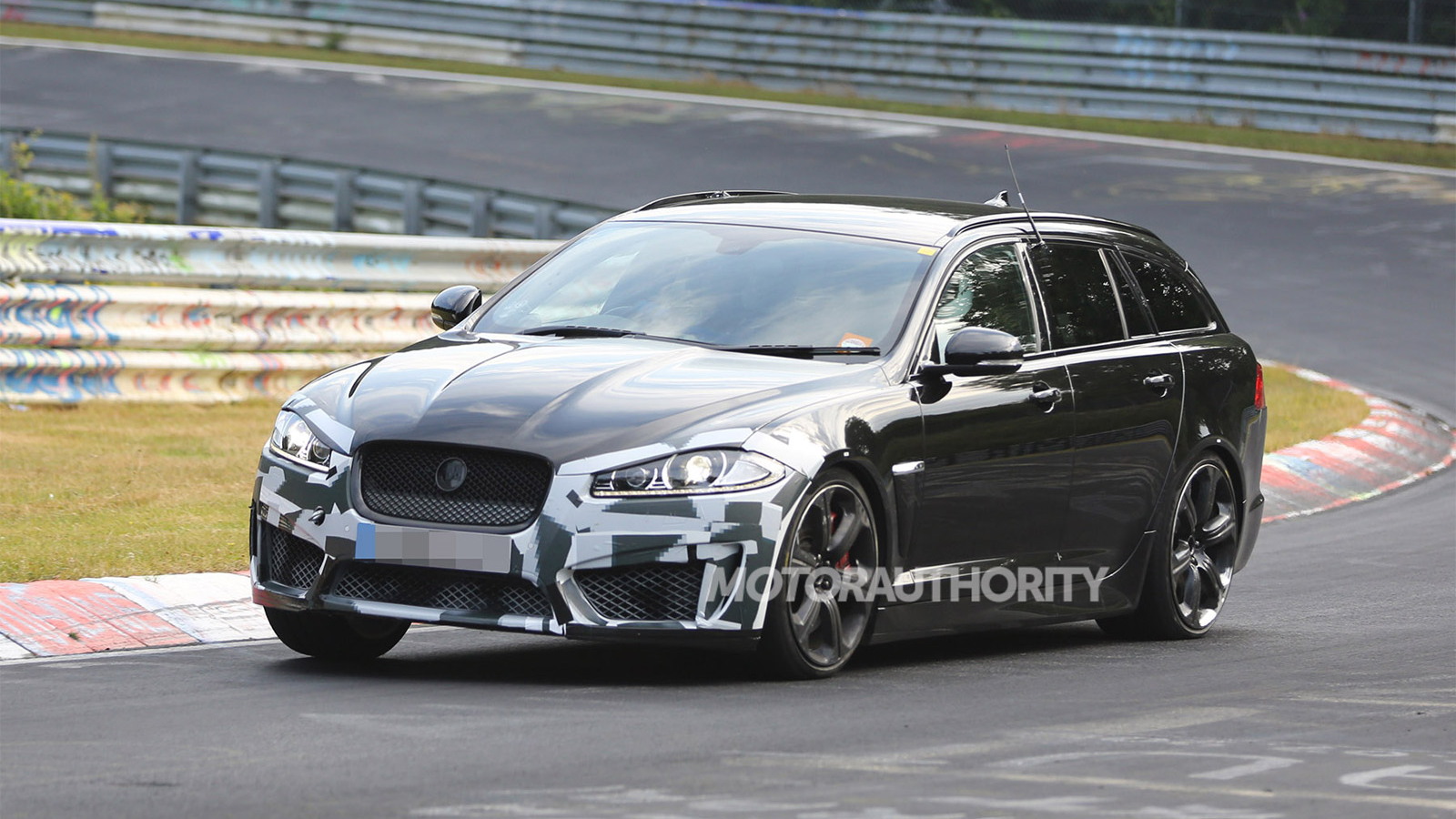 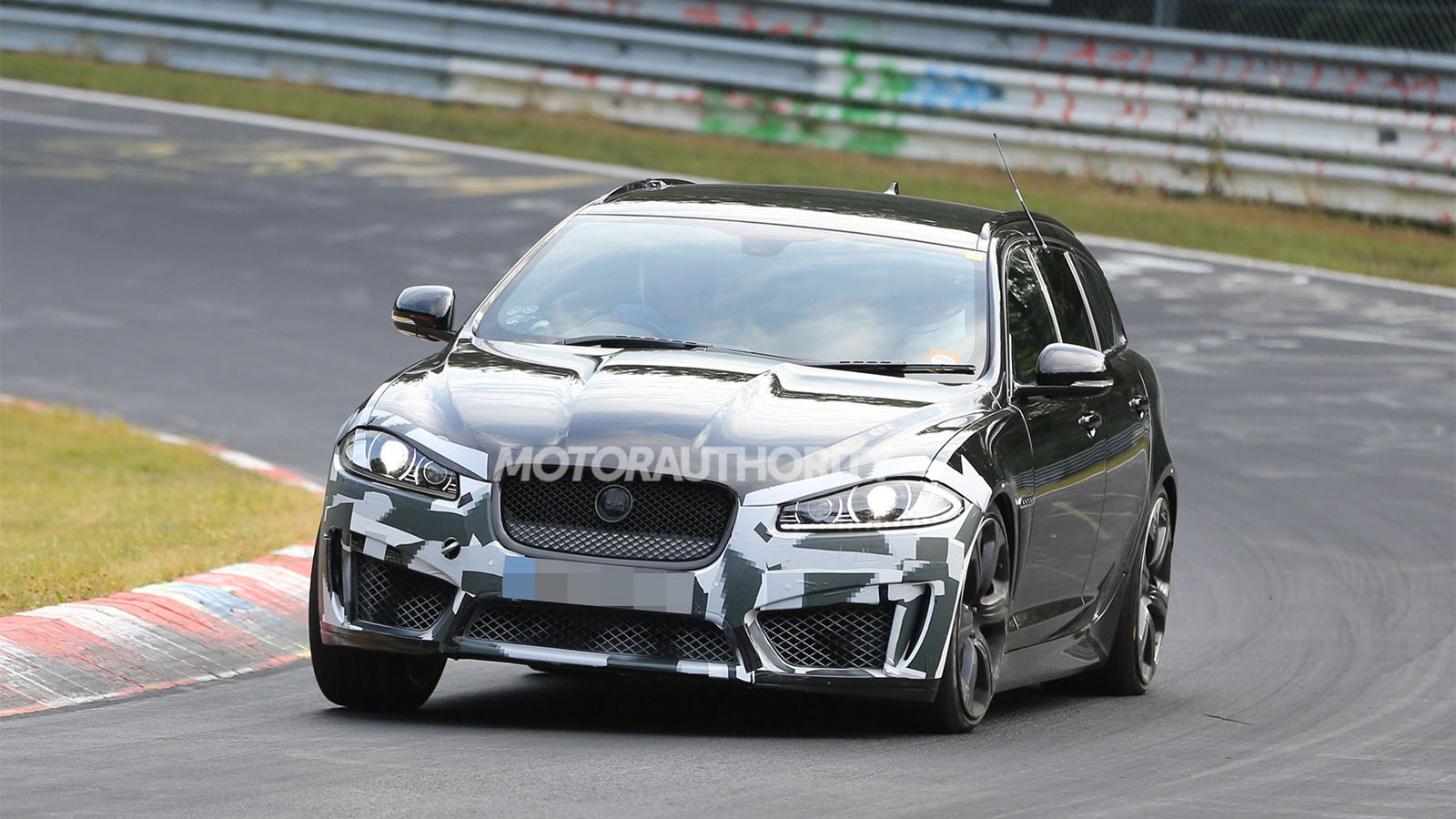 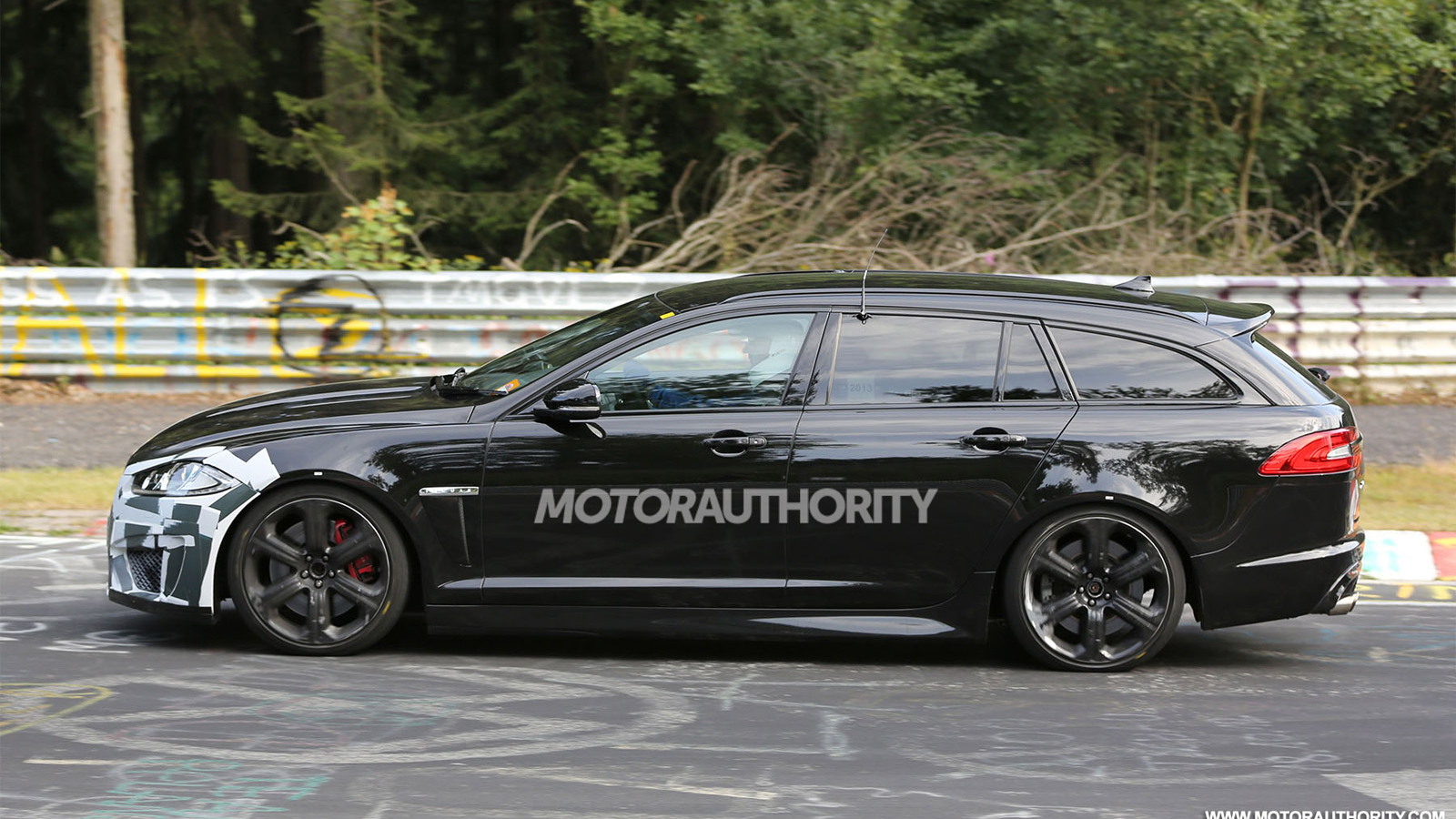 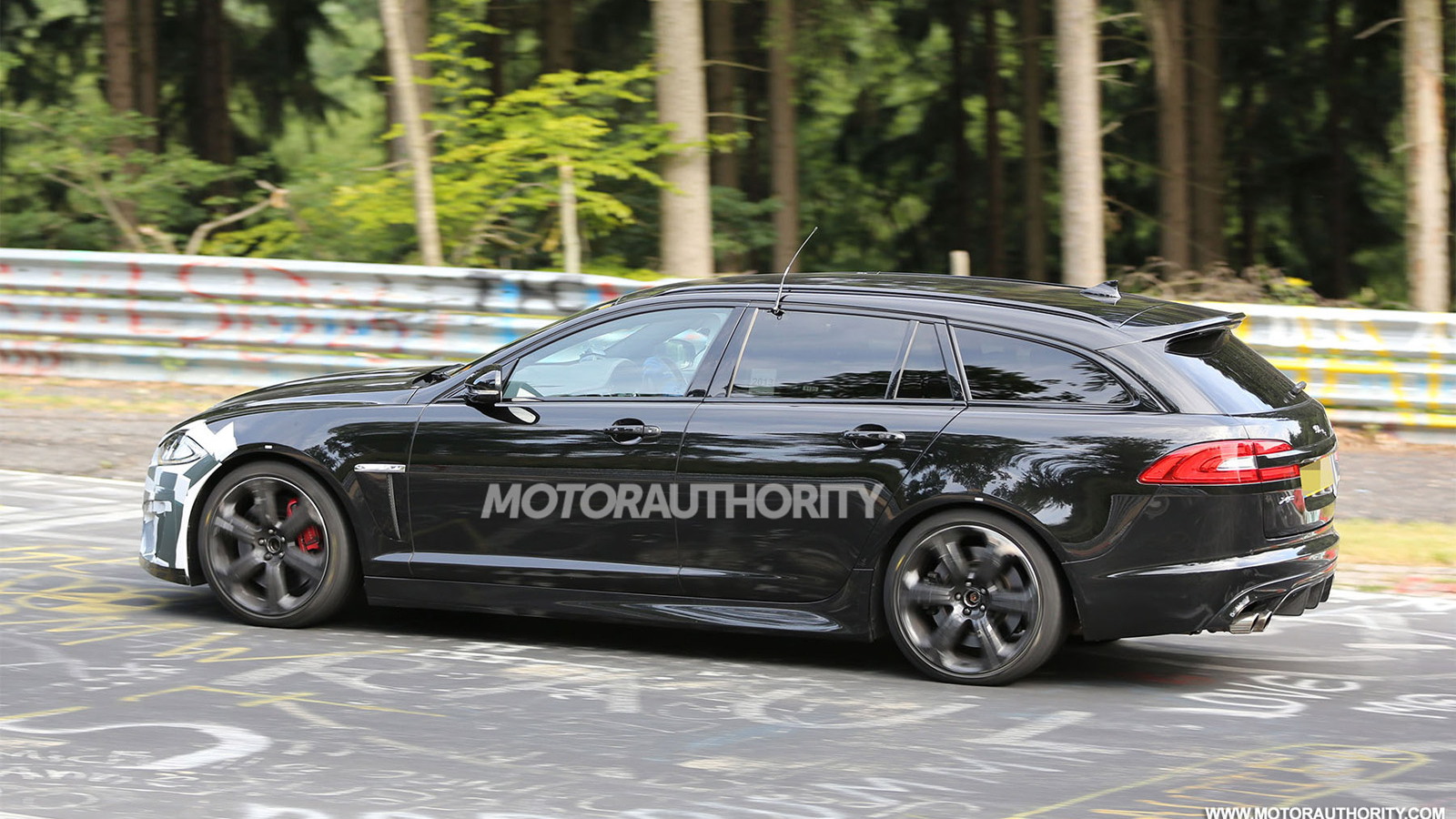 6
photos
Jaguar’s stunning XF Sportbrake is about to spawn an XFR-S performance variant and we have our first spy shots of a prototype testing at the Nürburgring. The XF Sportbrake is essentially the wagon version of the svelte XF and it boasts a usable 59 cubic feet of storage despite sharing a footprint with the sedan.

The new XFR-S Sportbrake should be launched late in the year and come to the market with the same specification as the XFR-S sedan.

This means a supercharged 5.0-liter V-8 will be spinning the rear wheels via an eight-speed automatic transmission and limited-slip differential. Peak output of the XFR-S Sportbrake should match the sedan’s 550 horsepower and 502 pound-feet of torque, meaning 0-60 mph acceleration in around 4.4 seconds and a top speed limited to 186 mph.

Clear giveaways that this is the XFR-S Sportbrake are the prototype’s enlarged air intakes up front, 20-inch staggered wheels, chunky side sills, rear spoiler and integrated rear diffuser. In addition to these performance features, the XFR-S Sportbrake will also benefit from uprated suspension and brakes, and sticky Pirelli tires measuring up to 295/30R20 at the rear.

Sadly, with Jaguar choosing not to offer the regular XF Sportbrake in the U.S., you can bet this XFR-S variant won’t be coming either. Thankfully, power-hungry Europhiles have some solid alternatives such as the Audi RS 7 and Mercedes-Benz E63 AMG Wagon.