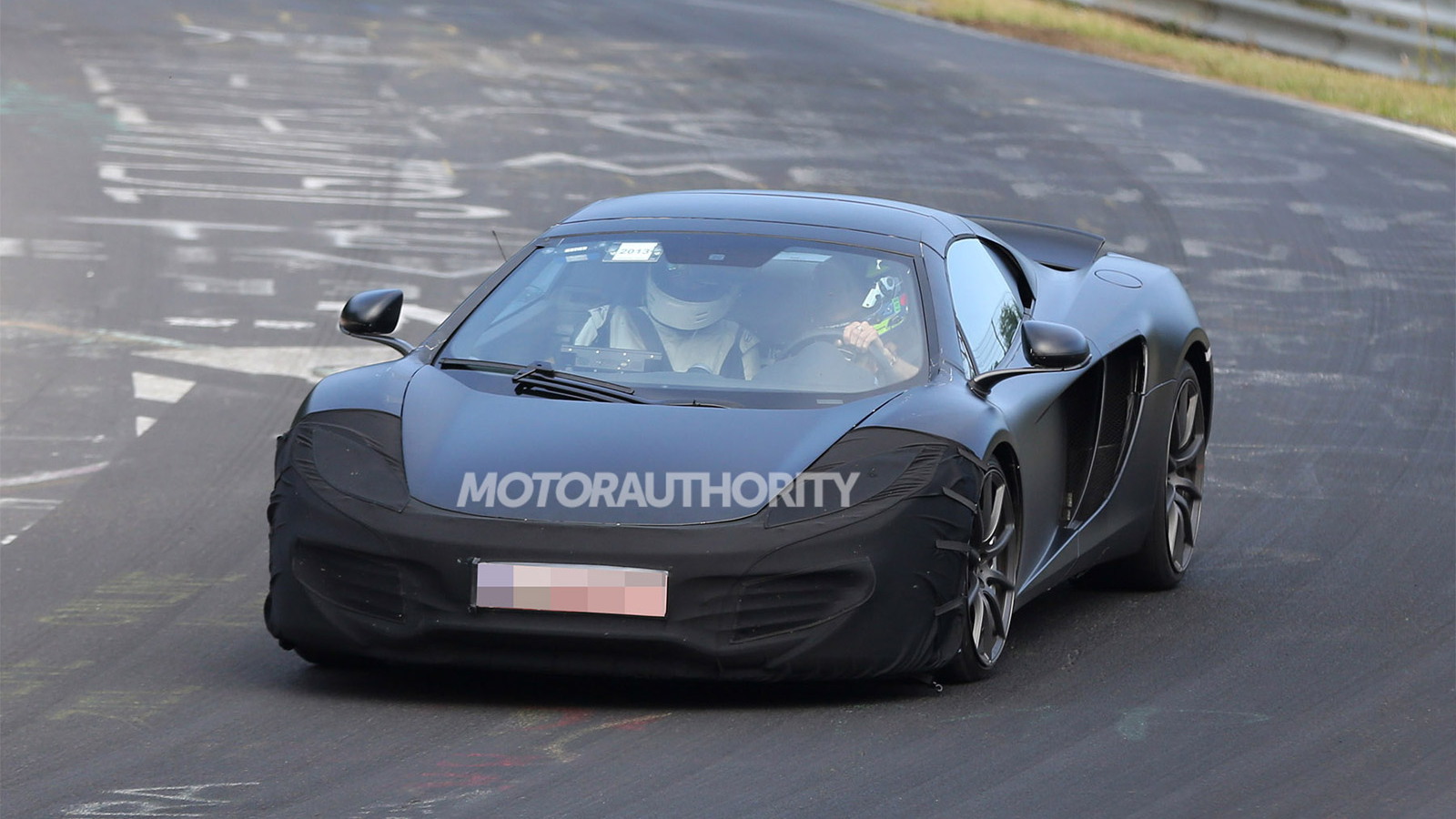 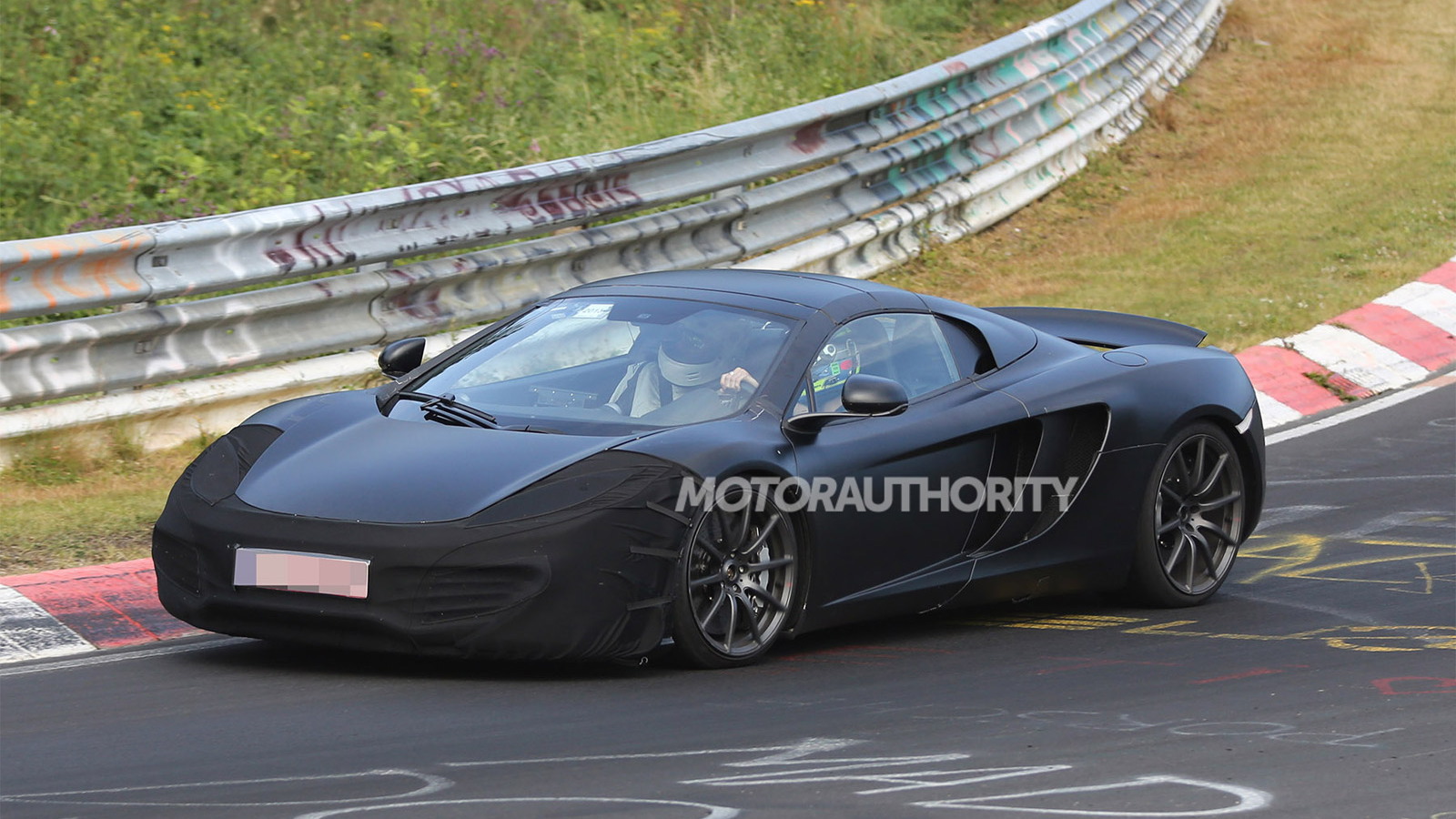 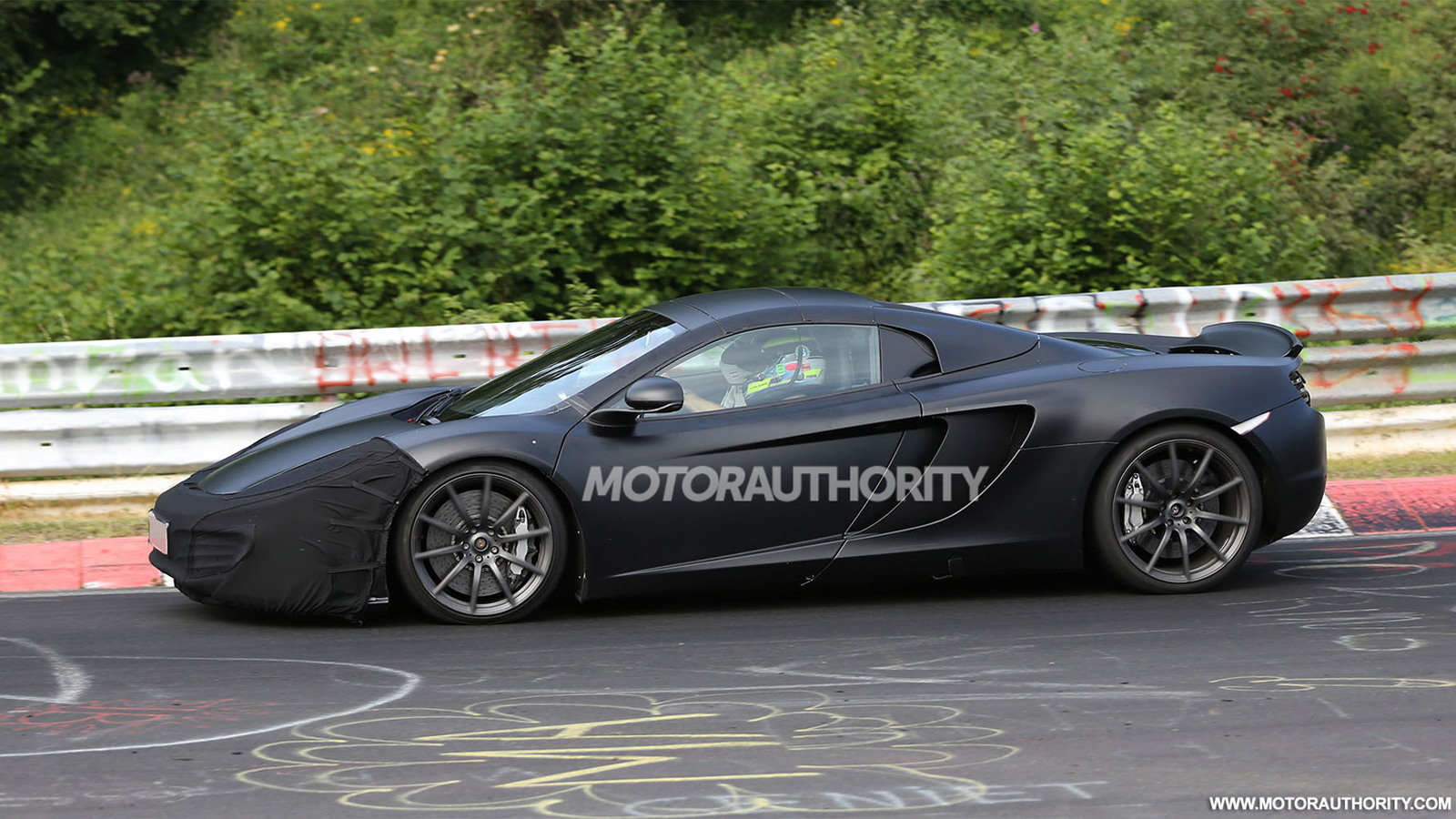 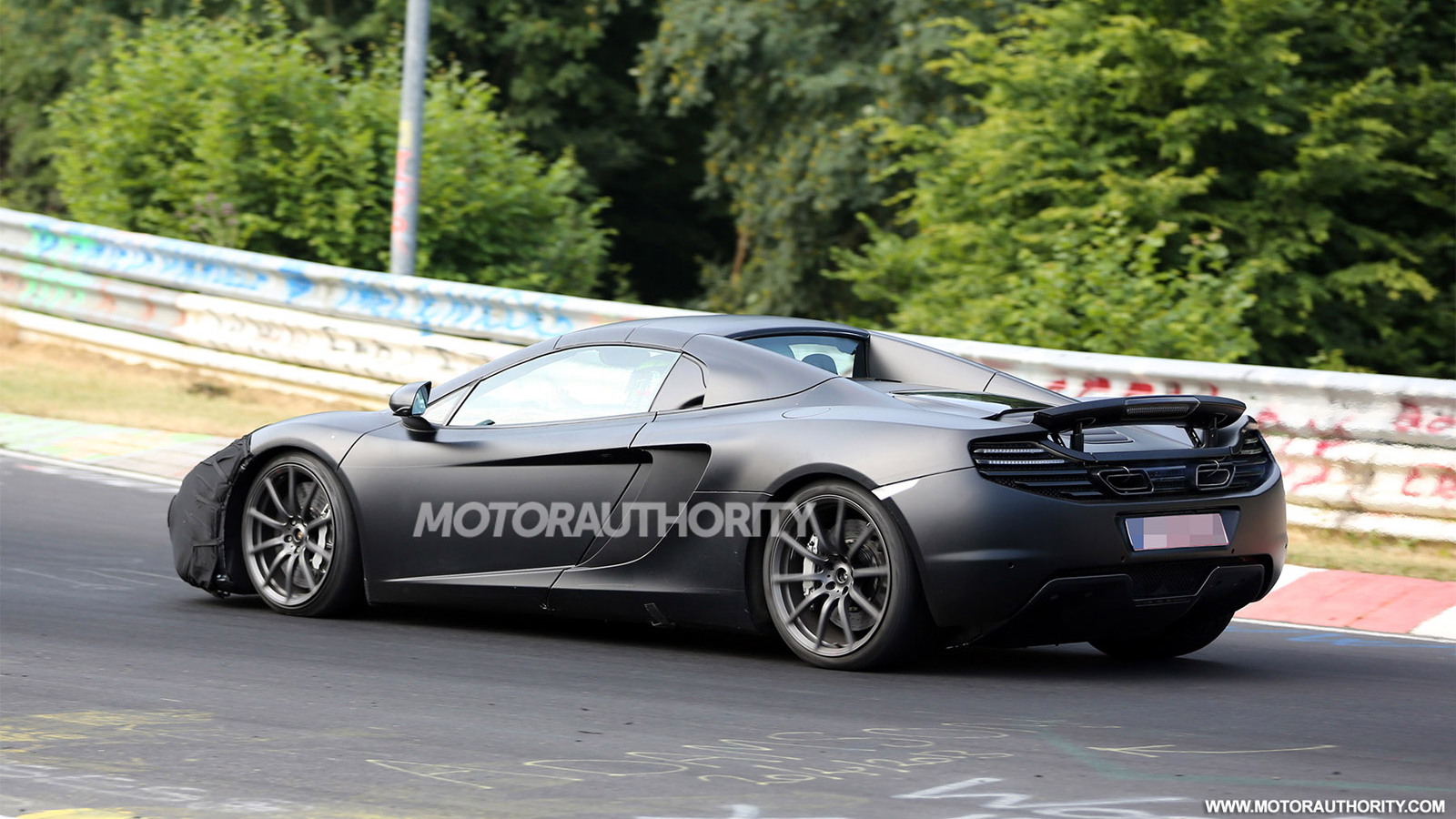 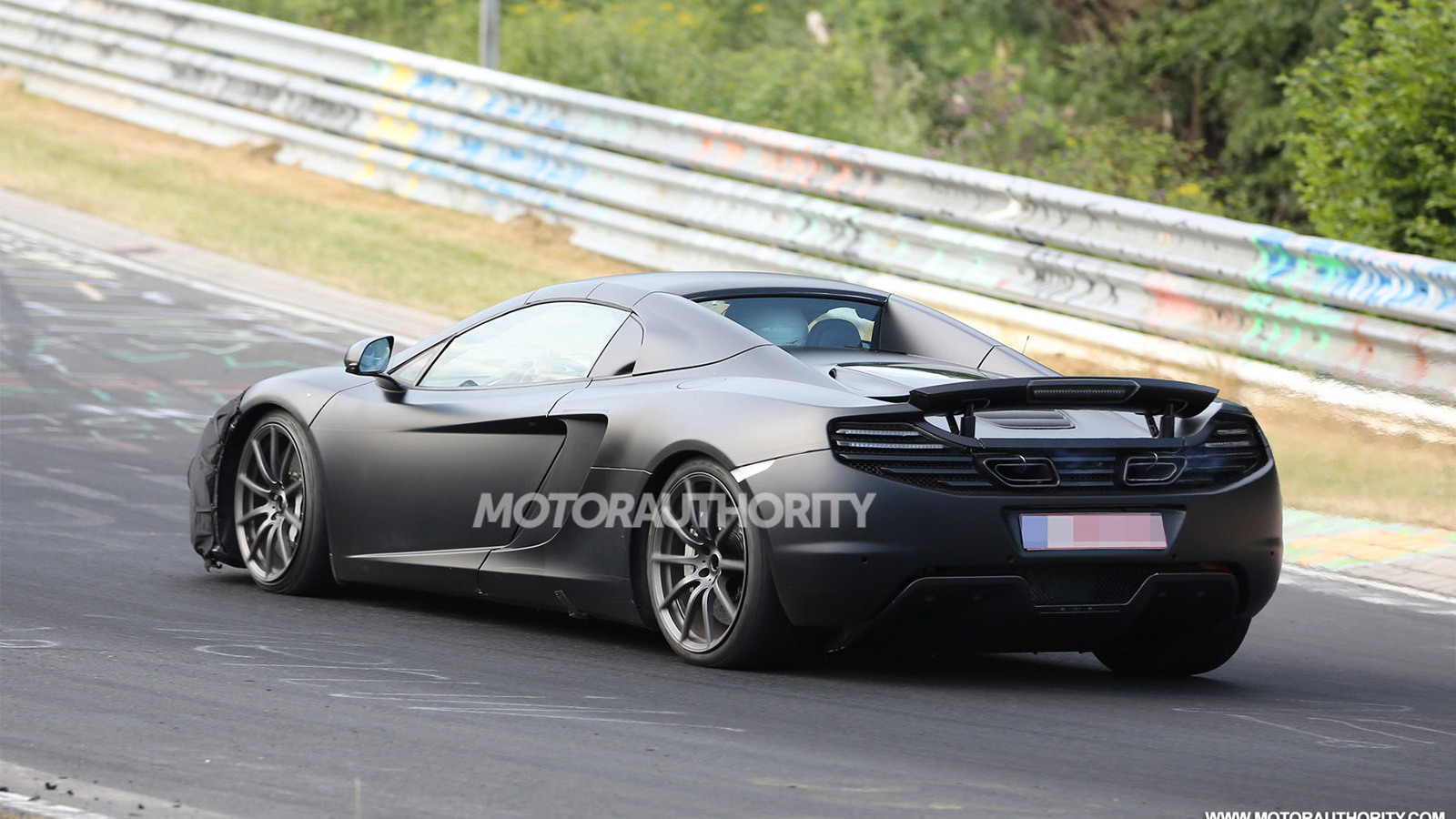 5
photos
UPDATE: McLaren has confirmed this mysterious 12C Spider is a very early test mule for its next supercar, the code-named P13.

Since going on sale two years ago, McLaren’s 12C supercar has received a power hike, spawned a convertible and gone racing, but the introduction of changes and new variants shows no sign of abating. A prototype 12C Spider has been spotted carving up the Nürburgring and is believed to  preview a facelifted version of the car due out towards the end of the year as a 2014 model.

This time around the tweaks are expected to be mainly cosmetic, which we have no qualms about considering the 12C can already hit 60 mph in 2.8 seconds and reach a top speed of 213 mph. That means peak output from the car’s twin-turbocharged 3.8-liter V-8 should remain pegged at 616 horsepower and 442 pound-feet of torque.

Note, we could--and likely will--see more powerful 12C variants in the future. McLaren has a version of the 12C’s engine developing 727 horsepower and 530 pound-feet of torque, which it will be using for its P1 supercar, so there is plenty of scope for further gains in the regular 12C.

Instead of power gains this time, look for tweaks to the bumper designs, new headlights, new wheel patterns and some additional trim options for the interior. Some items borrowed from the P1, like the race-style digital gauge cluster, are also likely.

A reveal of the facelifted 2014 McLaren 12C range could happen as early as September’s 2013 Frankfurt Auto Show. While you wait for the reveal, be sure to read our driving impressions of the current car.