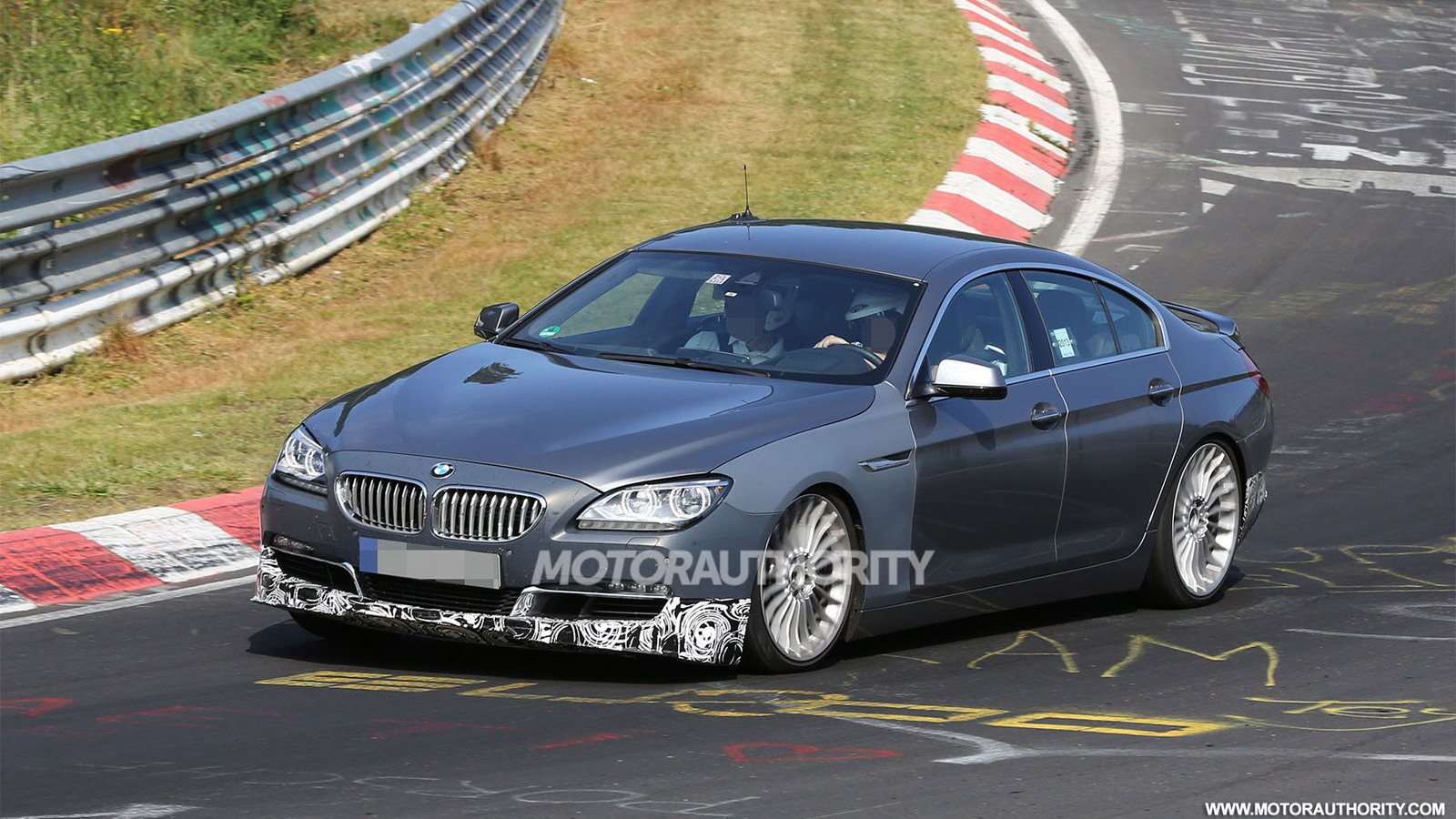 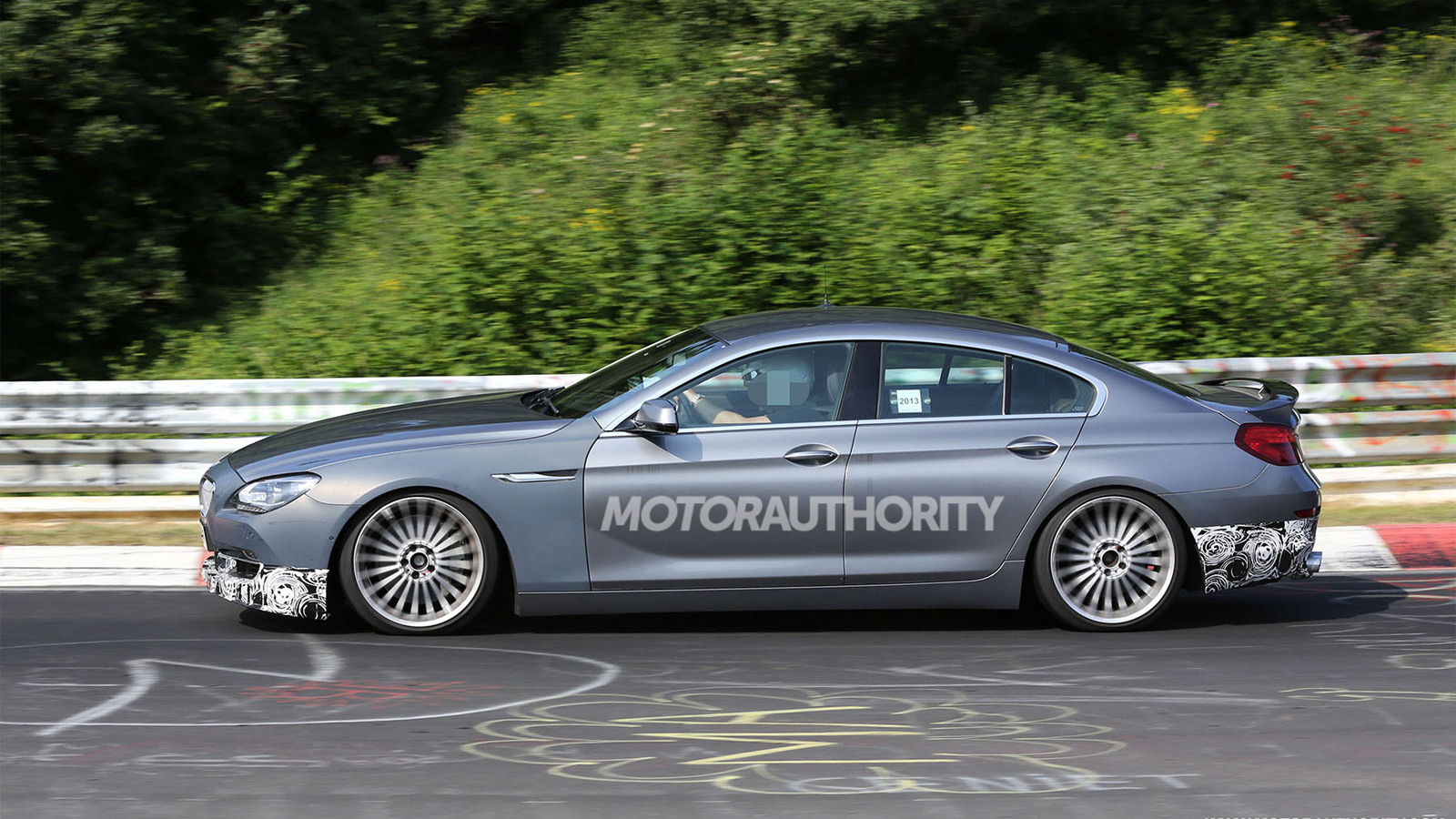 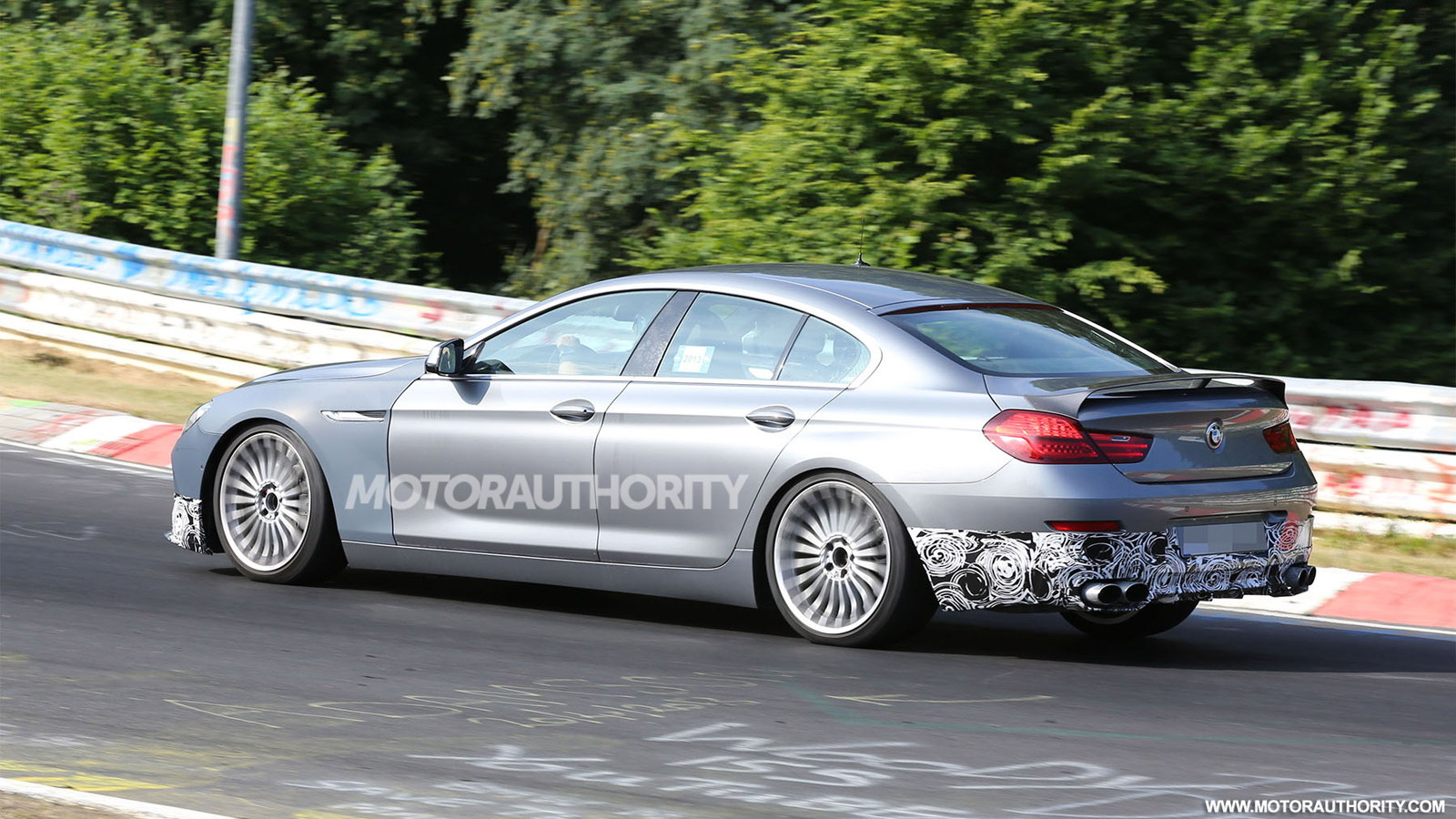 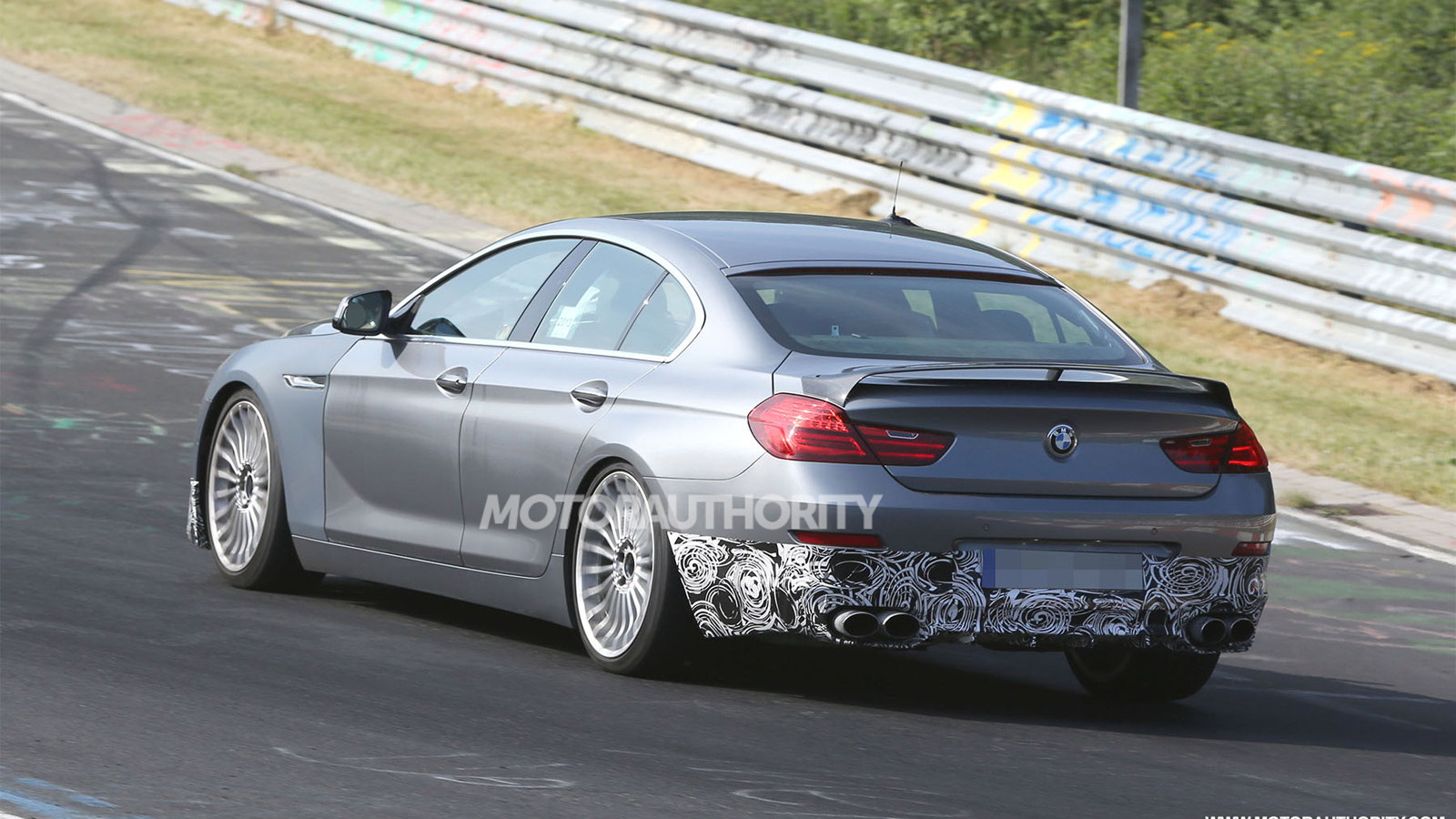 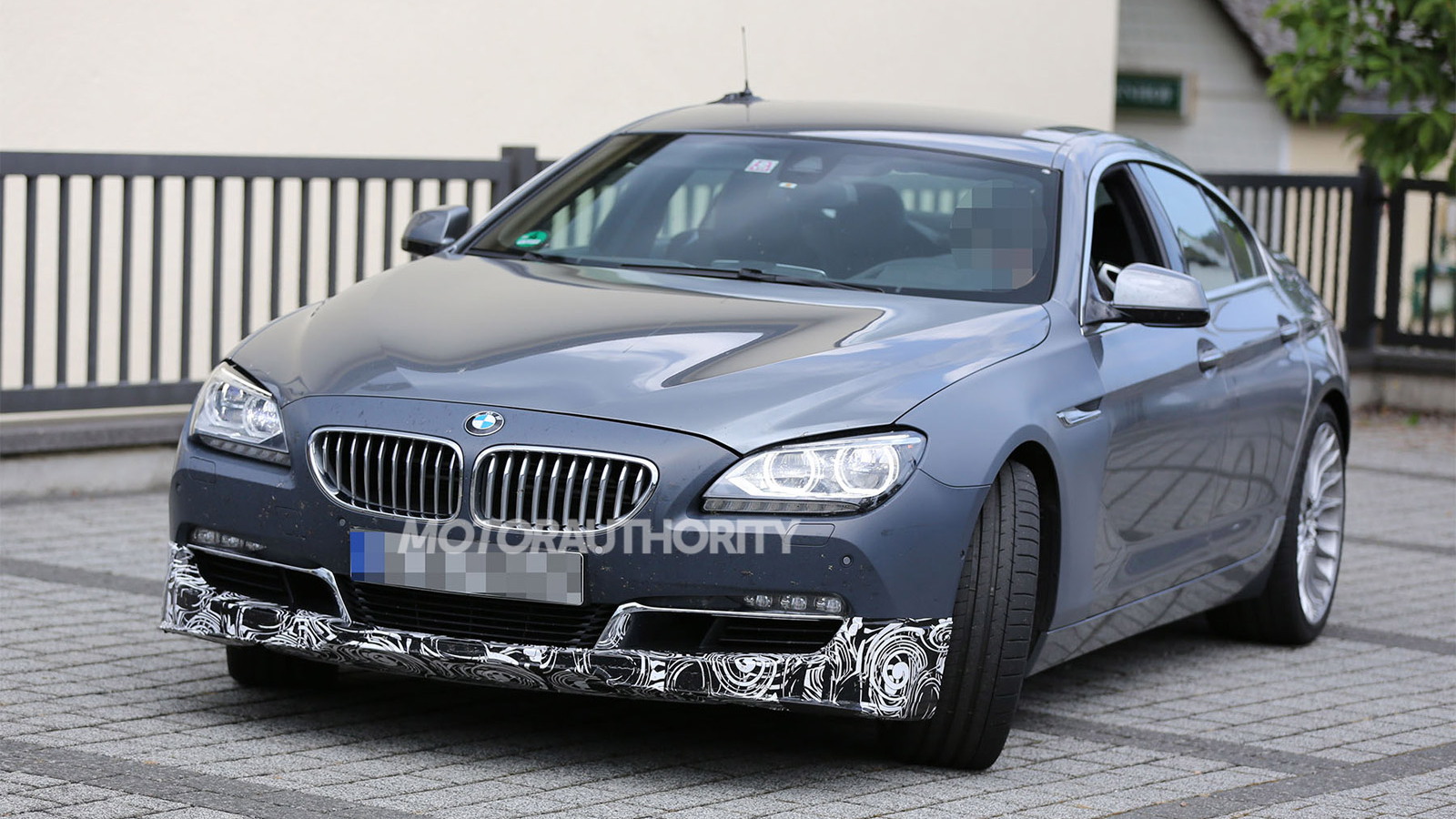 10
photos
BMW’s M6 Gran Coupe will soon have competition from the automaker’s semi-official tuner Alpina, engineers from which were recently at the Nürburgring race track in Germany honing their own version of the svelte 6-Series Gran Coupe.

The prototype they were testing is for the upcoming 2014 BMW Alpina B6 Biturbo Gran Coupe, which will essentially be a 650i Gran Coupe fitted with the performance upgrades from Alpina’s previous B6 Biturbo and B6 Biturbo Convertible.

But it won’t be just about straightline speed as the B6 Biturbo Gran Coupe should also feature a custom suspension system with electronically adjustable dampers and active roll stabilization as standard. In its other B6 Biturbo variants, this custom suspension system is tied into other system parameters controlling steering assistance, torque cushioning and stability and traction control, all of which are adjustable. It allows the driver to choose from four different modes of performance: Comfort+, Comfort, Sport and Sport+.

Visual changes to the car will include a sporty body kit complete with an aggressive rear wing, Alpina’s signature multi-spoke wheels, and quad-exhaust tips. Inside, look for hand-stitched leather trim, a sports steering wheel and Alpina logos all around.

Look for the BMW Alpina B6 Biturbo Gran Coupe to make its debut in September at the 2013 Frankfurt Auto Show. Availability and pricing details should be announced following the car’s reveal.

Note, Alpina is also working on a B4 Biturbo model based on the new 2014 BMW 4-Series. You can view spy shots of this model here.