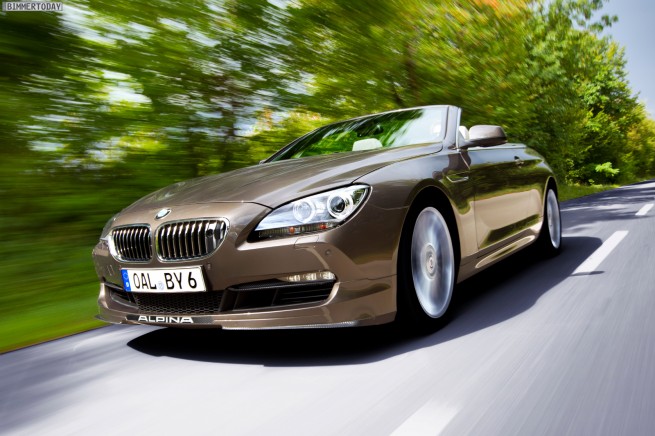 We've been brow-deep in 2011 Frankfurt Auto Show production debuts and concepts, but let's not forget about the tuners.

German BMW partner Alpina--who's one of those lucky tuning operations that gets to call itself an 'automobile manufacturer'--will use its home turf to debut the all new B6 Biturbo.

The B6 Biturbo is based around the 2012 BMW 6-Series Convertible.

Alpina took a look at the 6-Series' 407 horsepower 4.4-liter V-8 engine and thought "Not enough!" so it equipped the convertible with a 500 horsepower setup.

From the teaser pics, we don't see any major styling changes, but the car does get some carbon fiber work and an "Alpina" badge on the front end. There's also a pair of dual chrome tips out back.

The B6 Biturbo will roll off of BMW's own production lines, but those customers that want to feel extra special can choose from interior customization options from Alpina. Those will be handled at Alpina's factory in Buchloe.

Alpina hasn't indicated a price or sale date just yet, but we'll have more details when the 2011 Frankfurt Motor Show gets underway on the 13th. In the meantime, click here for our complete coverage of the event. 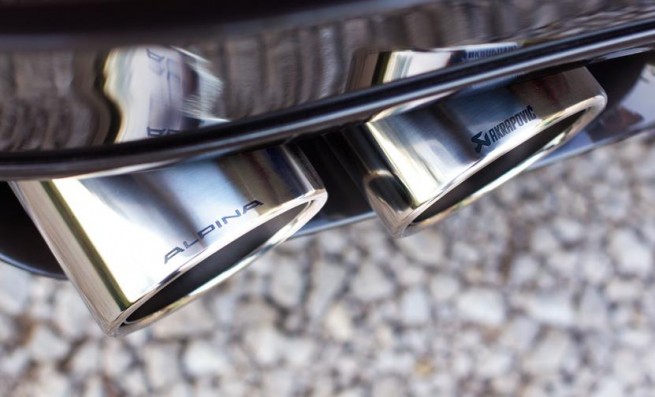