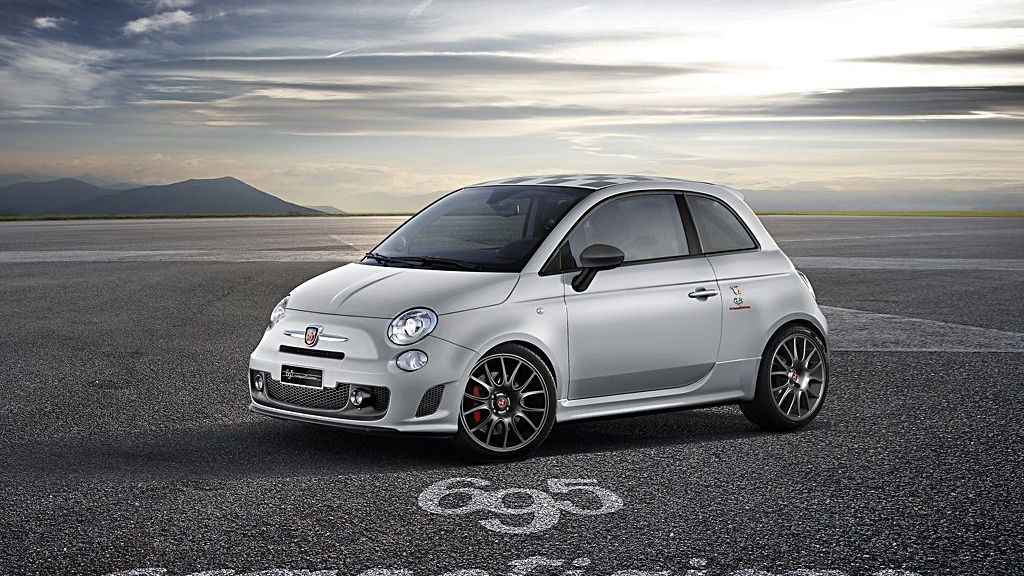 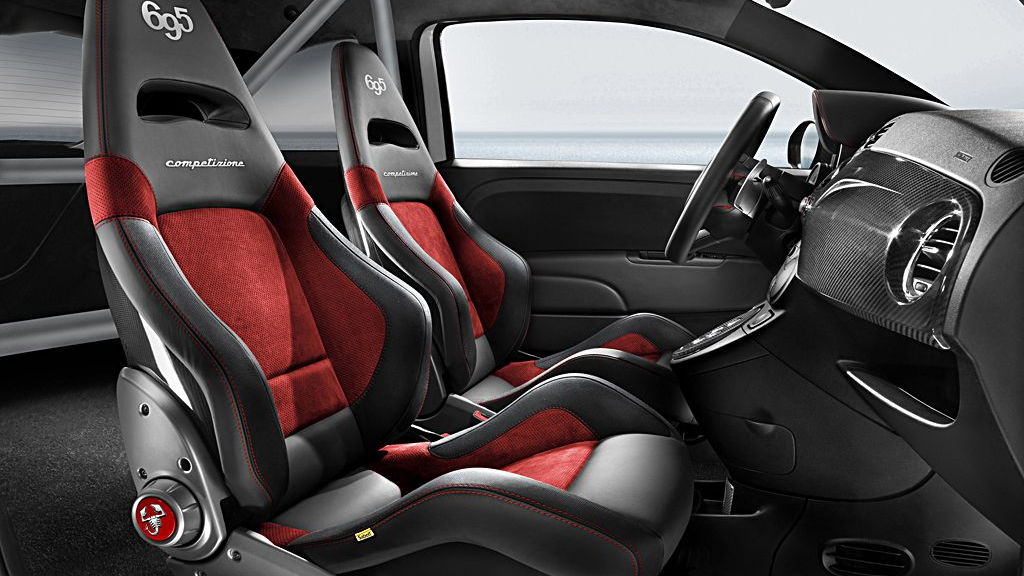 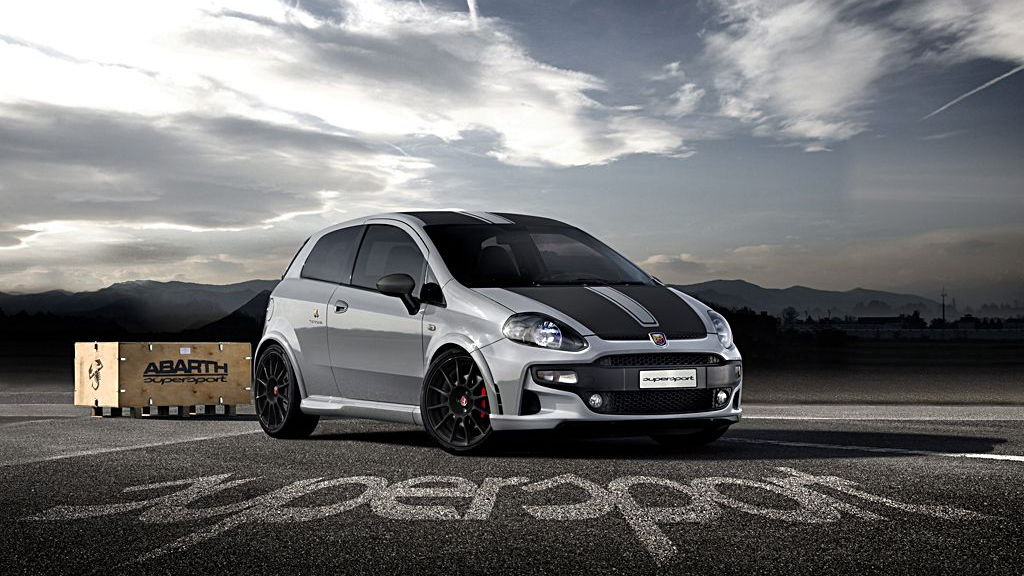 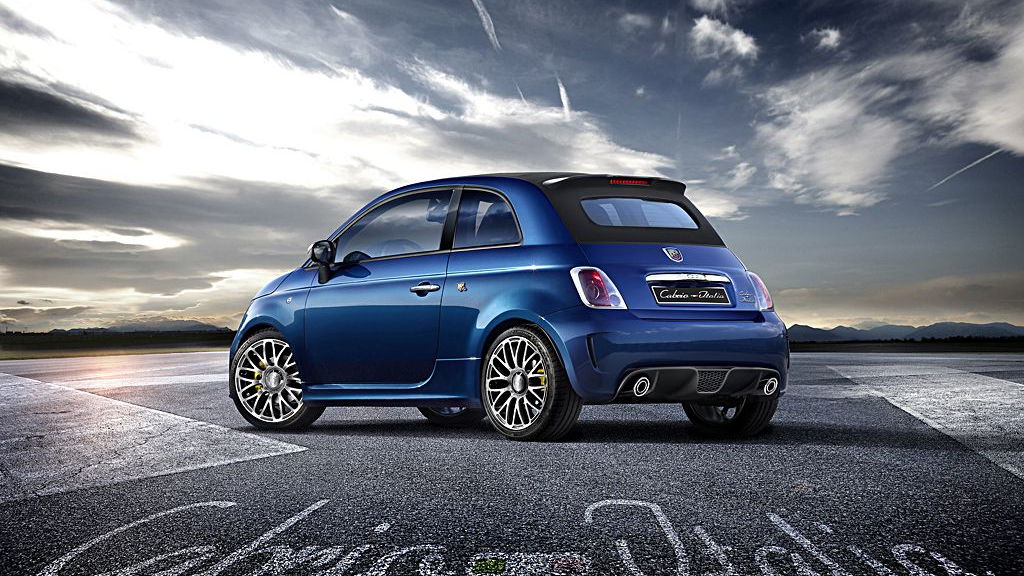 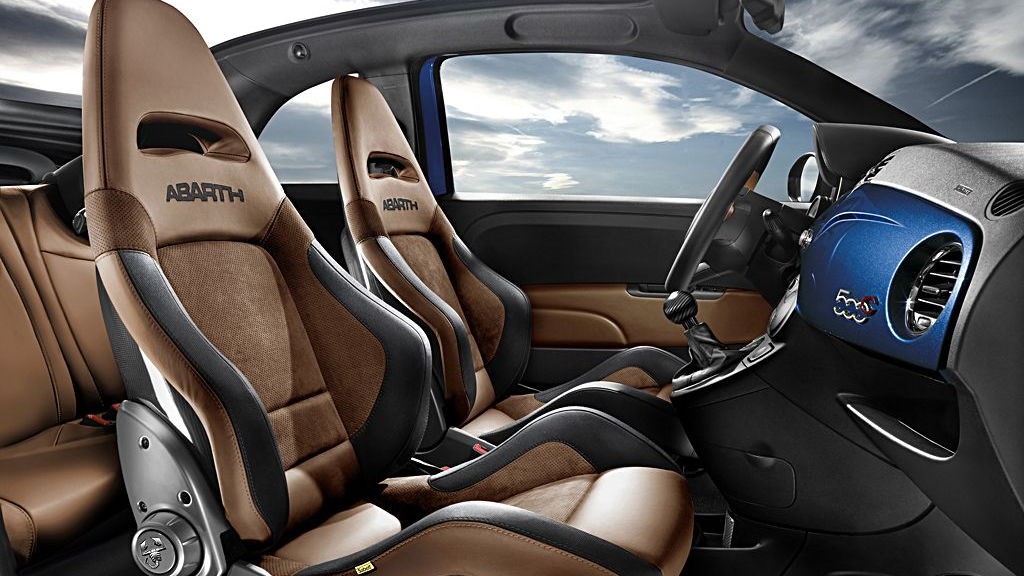 Abarth isn’t exactly a household name in America, but Fiat’s tuning partner has a well-established (and well deserved) reputation for turning out remarkably fast and nimble Fiats in most of the world.

Americans will get the chance to experience Abarth in 2012, with the launch of the Fiat 500 Abarth on these shores; in the meantime, Abarth has been hard at work building its next generation of tuned Fiat 500s.

For the 2011 Frankfurt Auto Show, Abarth is launching the Abarth 695 Competizione, which, as the name implies, is focused on the race track and not just the street.

Equipped with the same 180 horsepower engine as its slightly-more-civilized Abarth 695 Tributo Ferrari brother, the Competizione forgoes things like a back seat in favor of weight savings and a functional roll cage, color matched to the car’s Grigio Competizione Opaco paint.

Front seats are carbon fiber racing seats from Sabelt, upholstered in black leather with red Alcantara inserts. The dashboard is carbon fiber as well, with a navigation system system as the car’s sole nod to luxury.

The interior of the Abarth 695 Competizione. Image: Fiat S.p.A

The Abarth 695 Competizione comes only with a paddle-shifted, electromechanical gearbox to enhance performance. Both “Track” and “Street” transmission modes are offered, continuing the car’s theme of “race on Sunday, commute on Monday.”

Pricing has yet to be announced, but expect the Competizione version to sell for slightly more than the Abarth 695 Tributo’s $47,000 sticker.

Next up at Frankfurt is the Abarth Punto Supersport, designed to reflect Abarth’s 62-year performance heritage. The car is finished in Grigio Campovolo with matte black used on both the hood and the roof. The car gets “Supersport” graphics, matte black mirrors, matte black wheels and red brake calipers.

Finally, Abarth is showing its Abarth 500 “Cabrio Italia” in Frankfurt, a car which blends both elegance and sportiness.

More touring car than canyon carver or racer, the Cabrio Italia is finished in Blu Abu Dhabi paint with a black power-retractable cloth top. Ten-spoke magnesium colored wheels compliment the magnesium painted side view mirrors, and yellow painted brake calipers and a touch of sportiness to an otherwise conservative design.

Slightly detuned compared to Abarth’s other offerings, the Cabrio Italia still produces 160 horsepower from its 1.4-liter turbocharged engine. For shift-it-yourself purists, the Cabrio Italia is available with a five-speed manual gearbox, and it will be produced in a limited run of just 150 units, signifying 150 years of Italian unification.

It's unlikely that any of the latest offerings from Abarth will make it to the United States, at least in the near future. If the upcoming Fiat 500 Abarth does well here, we suppose that anything is possible in the coming years.