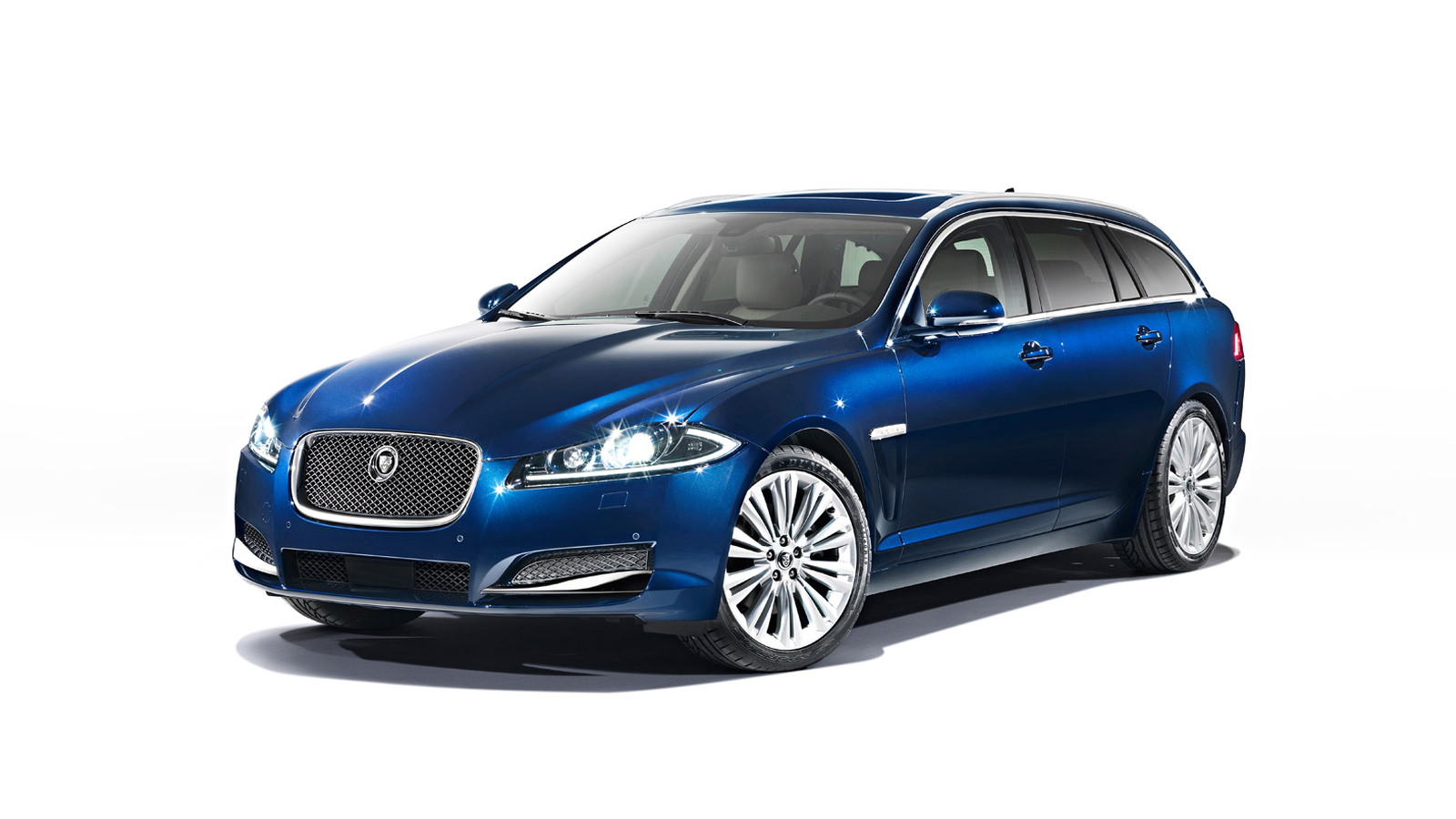 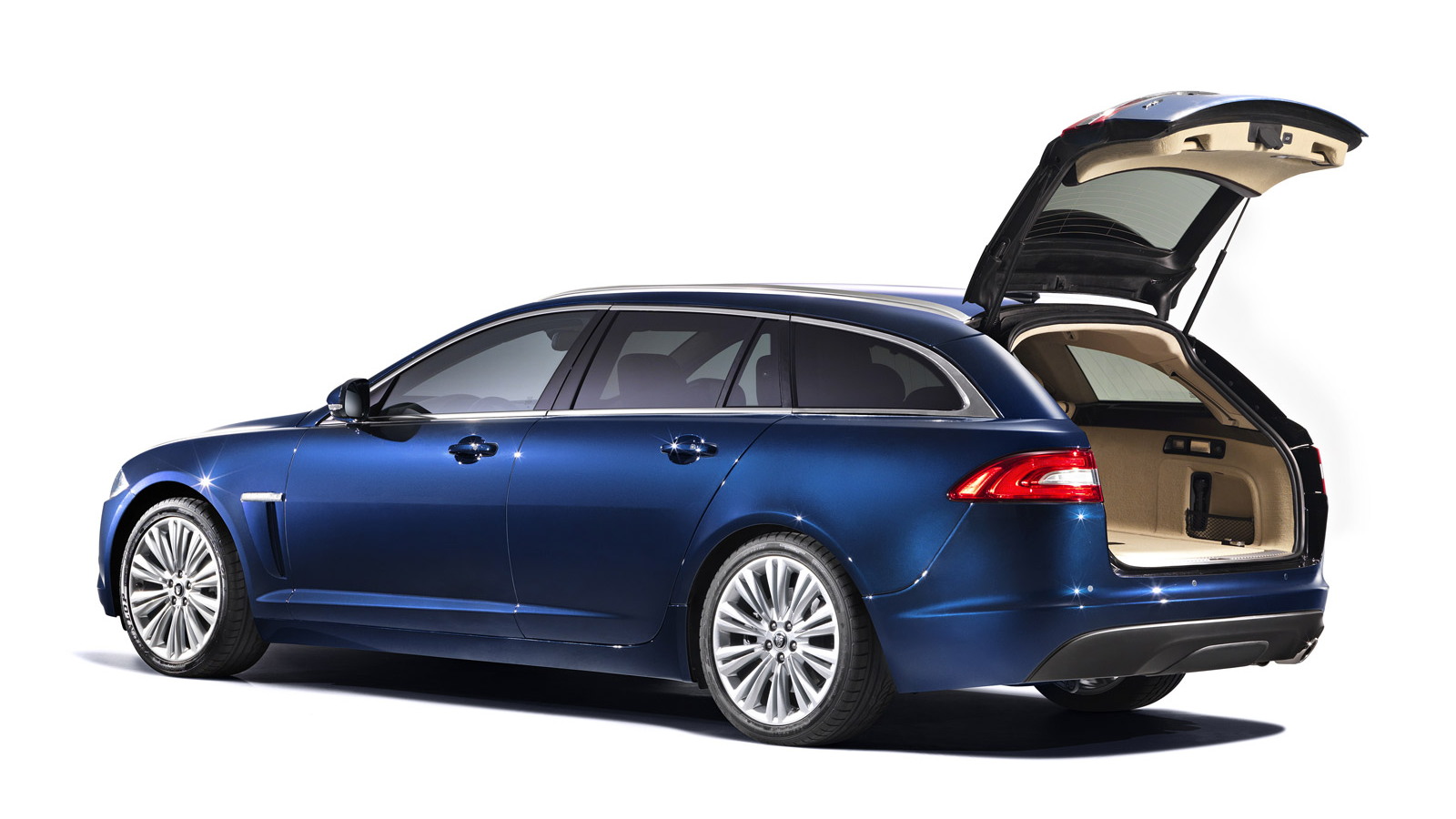 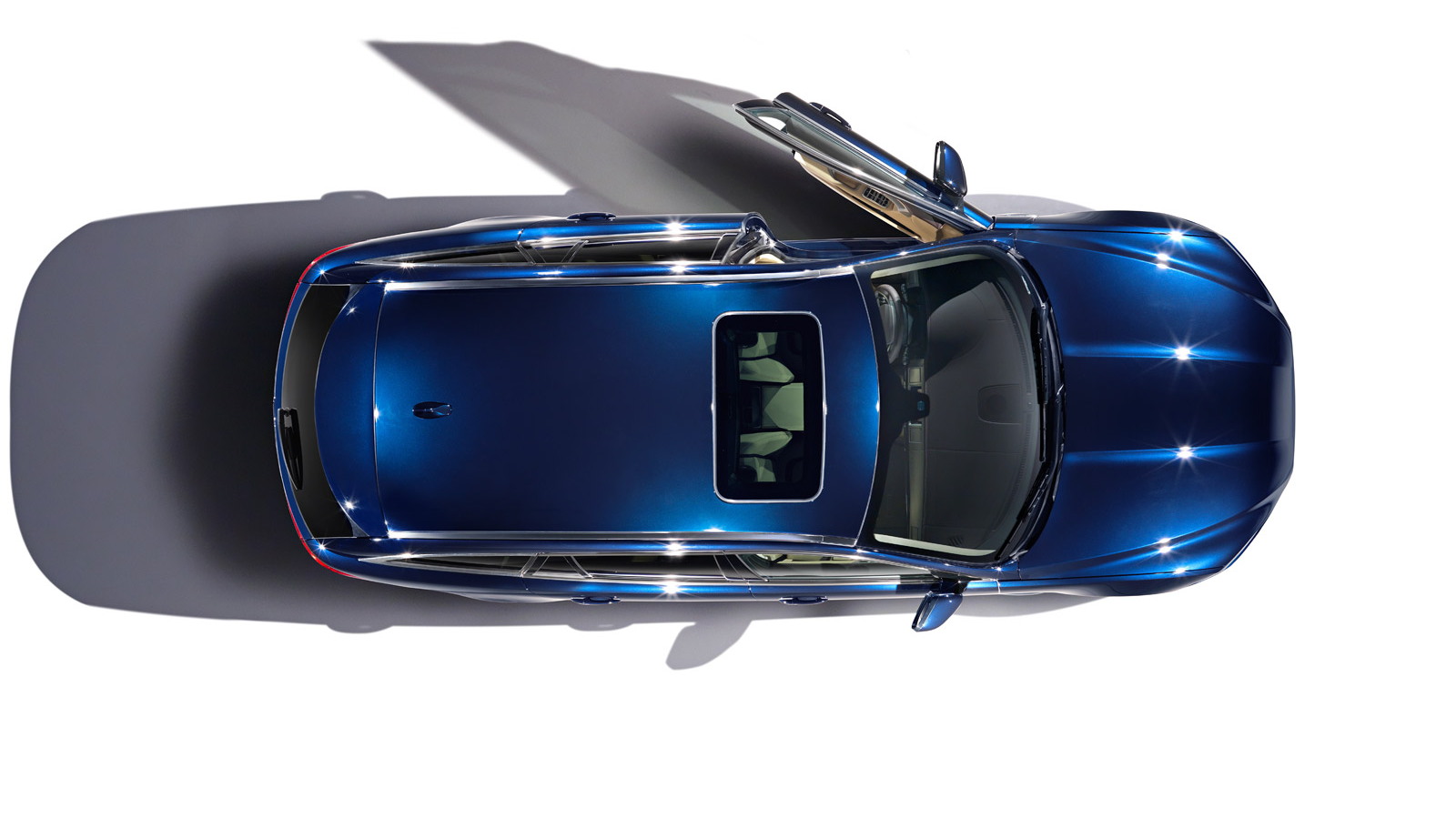 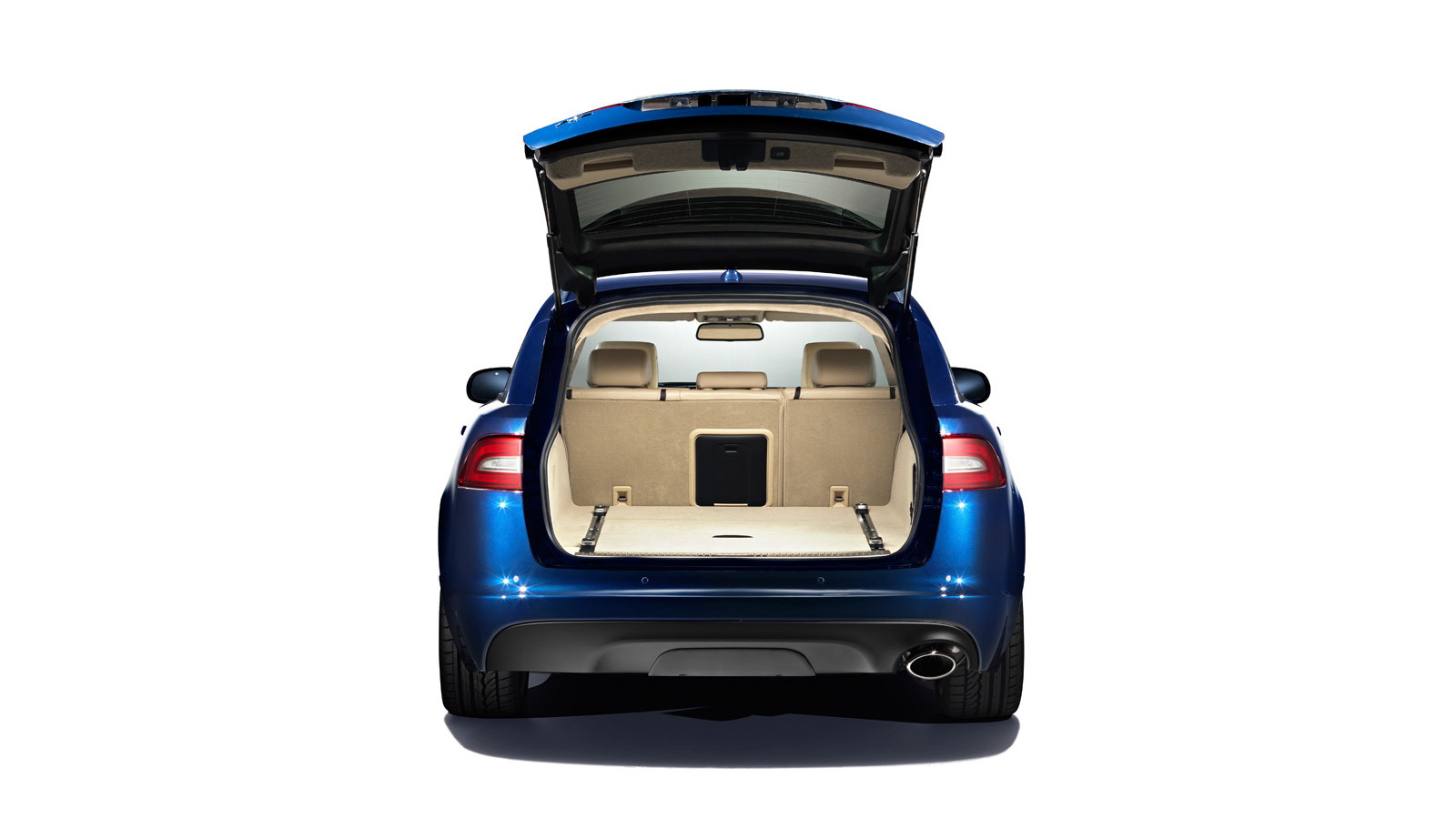 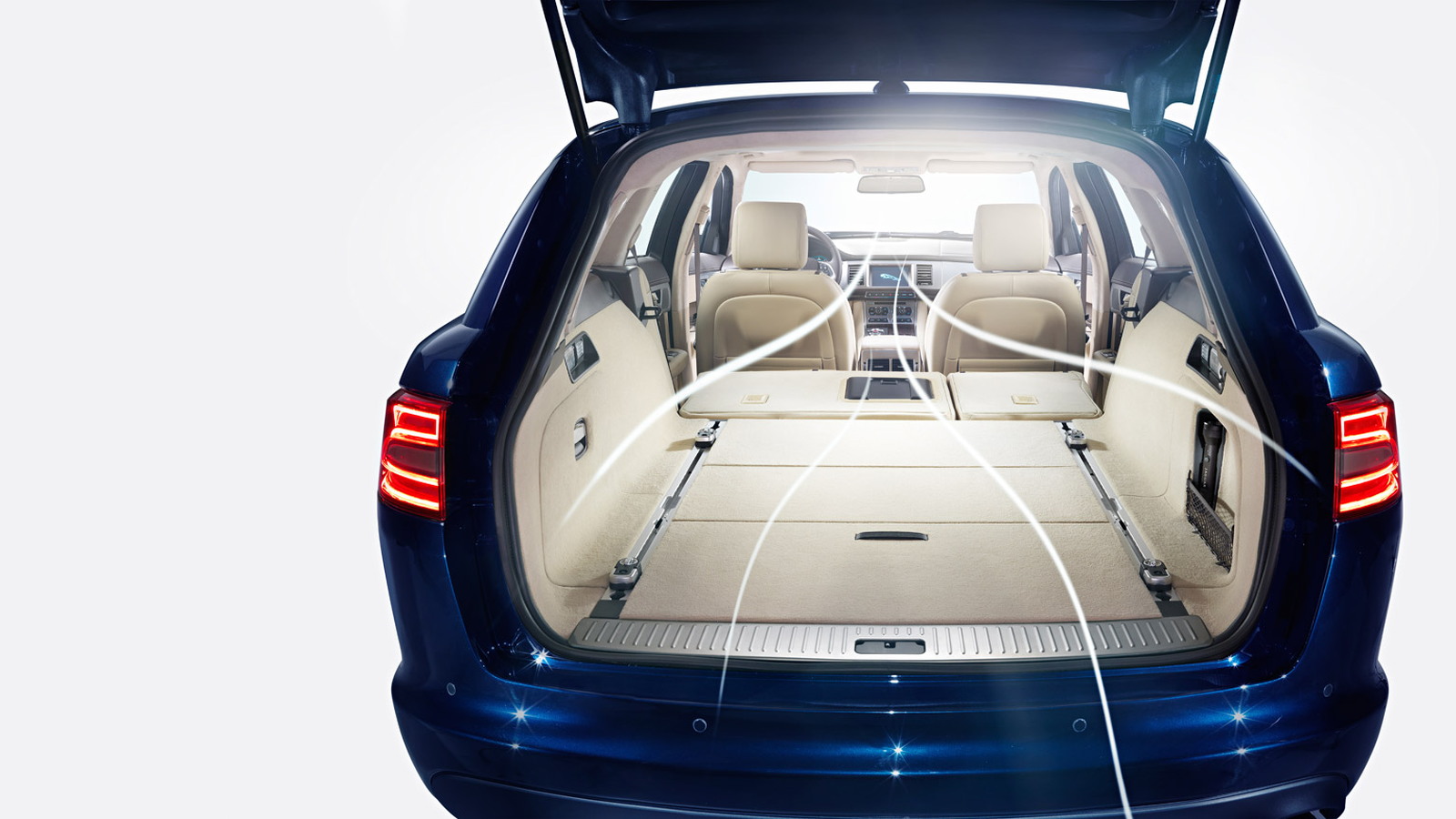 Jaguar has finally taken the covers off its long-awaited XF wagon and we’re glad to report that the latest tourer is every bit as sexy as the sultry sedan on which it’s based, if not even more so.

Called the XF Sportbrake, the design is entirely new from the B-pillars backwards.

And in combination to the muscular yet elegant look, the XF Sportbrake also packs a usable load-space capacity of up to 59 cubic feet once its 60:40 split rear seats are folded away. Not bad considering it shares an identical wheelbase with the sedan.

In case you’re wondering, Jaguar’s Sportbrake name symbolizes the combination of elements from a shooting brake, which traditionally only has two doors, with a sleek wagon, often referred to in Europe as a sportback.

This is emphasized by its sleek side window profile tapering down to meet the rising shoulder line, which highlights the car's strong haunches and also helps the rear roofline appear to taper elegantly towards the tail. This impression of fluidity is heightened by the use of gloss black finishers on the rear pillars, providing a wraparound effect in conjunction with the tinted rear screen--a look, according to Jaguar, was inspired by the superstructures of luxury yachts.

The tail-lamps feature LEDs for brake, light and indicator functions and, by their width and the manner in which they sandwich the chrome signature blade, help emphasize the rear stance of the XF Sportbrake.

The XF Sportbrake is also available with two optional exterior design packages. The Aero Pack adds a deeper front bumper, side sills and rear valance plus a rear spoiler enhancement. The Black Pack replaces the exterior bright finishes with gloss black and pairs them with similarly finished alloy wheels.

Note, all XF Sportbrakes come fitted as standard with self-leveling air suspension at the rear to replace the coil springs fitted to the sedan. This system has been developed and tuned by Jaguar's chassis engineers to offer the same linear responses and ensure the XF Sportbrake offers identical dynamic attributes in terms of ride and handling as the sedan while keeping the car level even when fully loaded.

Additionally, all XF Sportbrake models are available with the Jaguar Adaptive Dynamics system which continuously monitors the suspension and, courtesy of active dampers, can alter damping rates up to 500 times a second to ensure optimal stability and handling with no loss of comfort. The system also allows the driver--at the touch of a button--to alter suspension and throttle response parameters to increase the level of involvement.

So far the XF Sportbrake has only been announced for the European market where it will come with the option of Jaguar’s existing gasoline and diesel engines, each of them driving the rear wheels via an eight-speed automatic gearbox. The range includes a base 2.2-liter turbodiesel, followed by a pair of 3.0-liter gasoline V-6s, and a range-topping 3.0-liter turbodiesel in Diesel S versions.

If ever offered in the U.S., expect the engine lineup to mirror that of the XF sedan, though it’s unclear if a high-performance XFR Sportbrake will be launched.

Look out for the Jaguar XF Sportbrake’s official world debut next week at the 2012 Geneva Motor Show and stay glued to our dedicated show page for all the latest info.