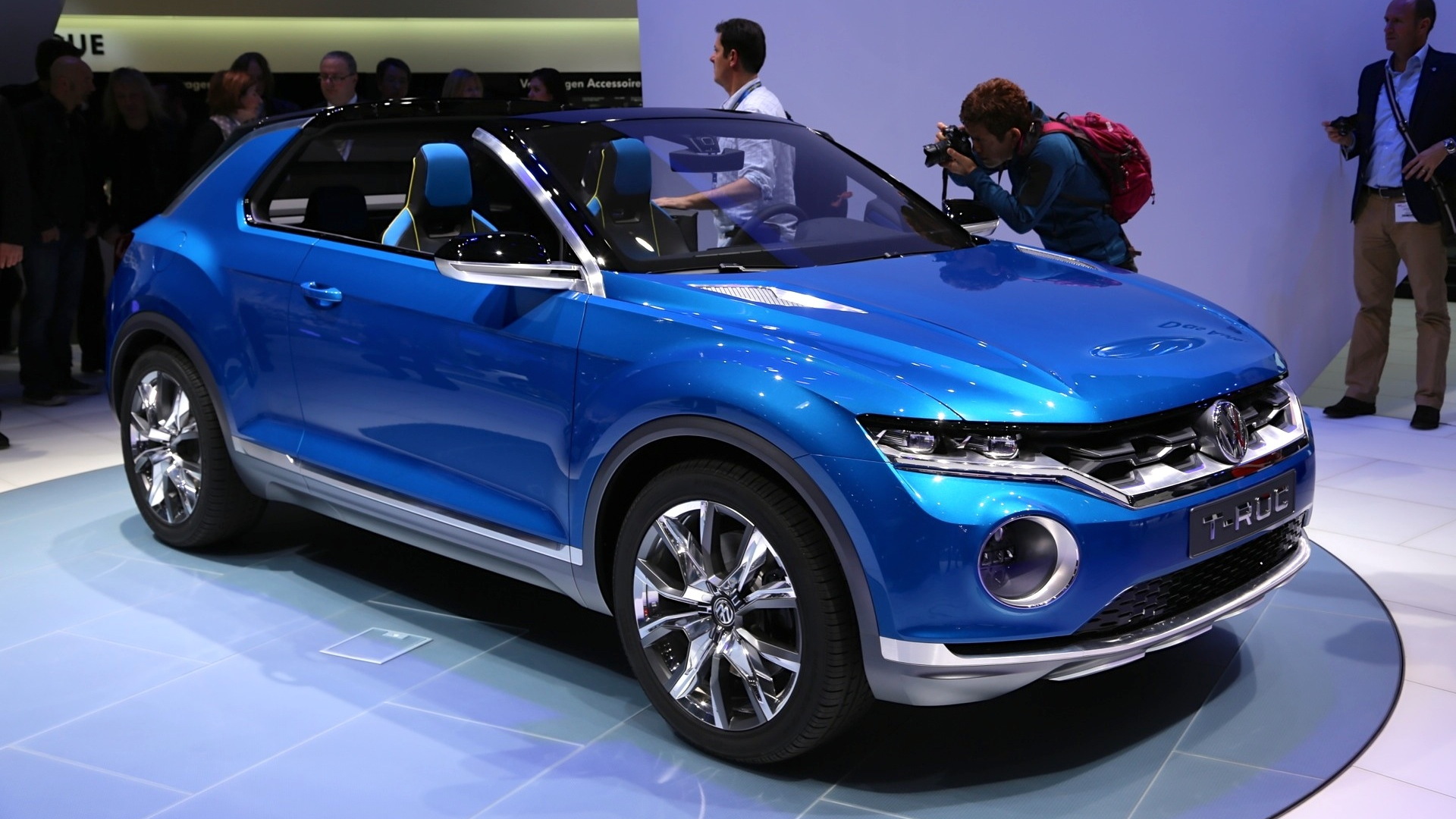 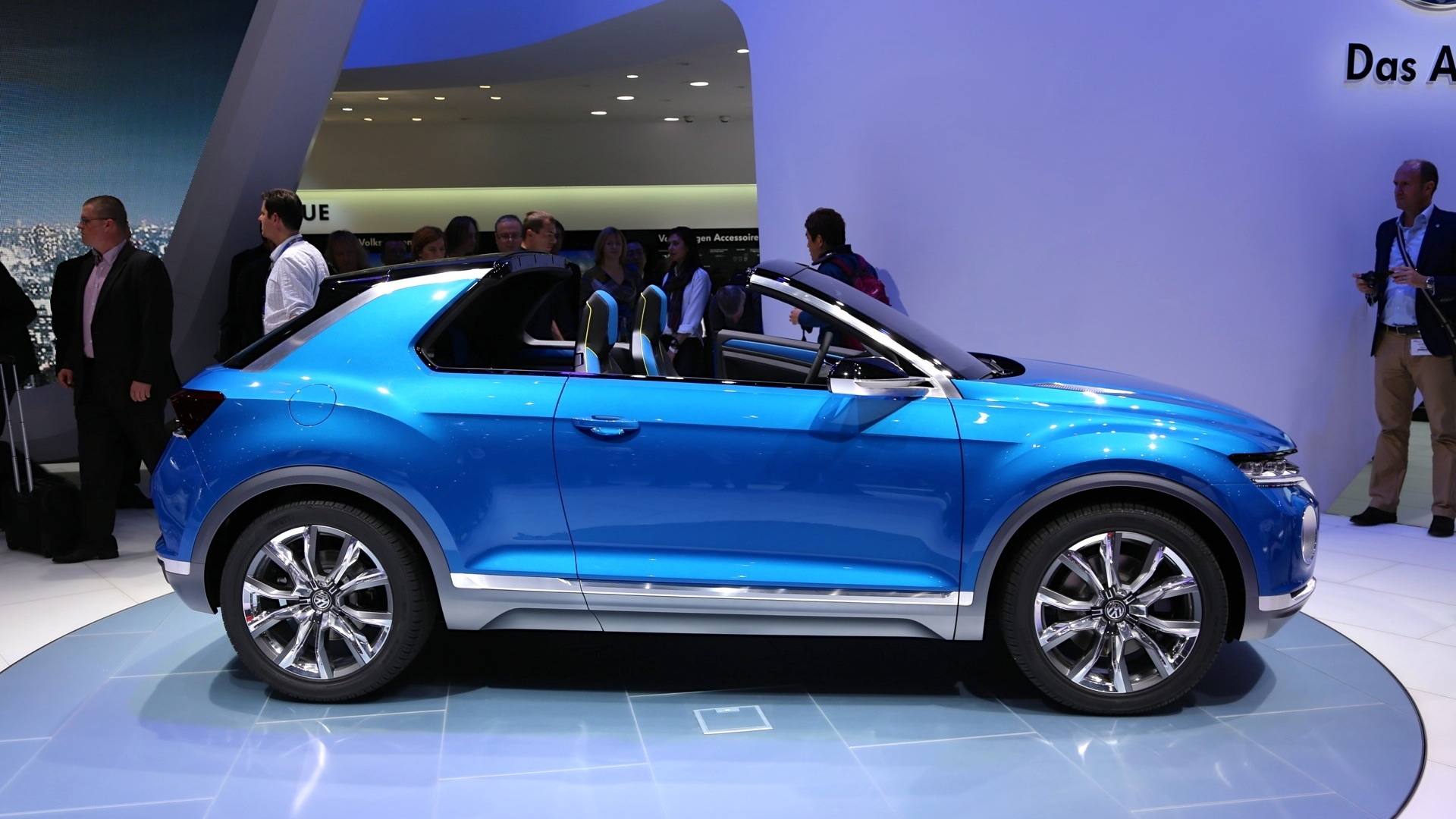 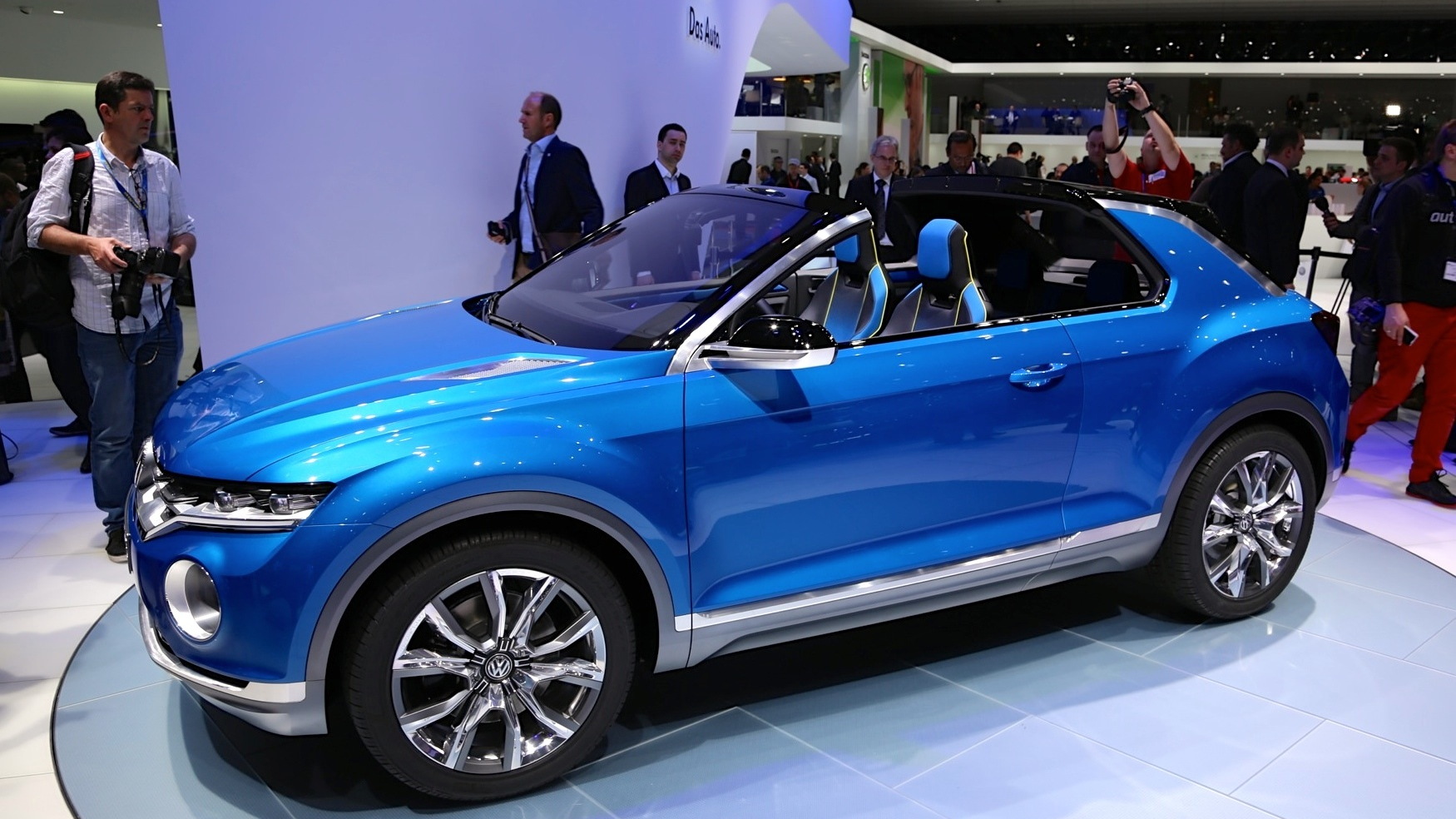 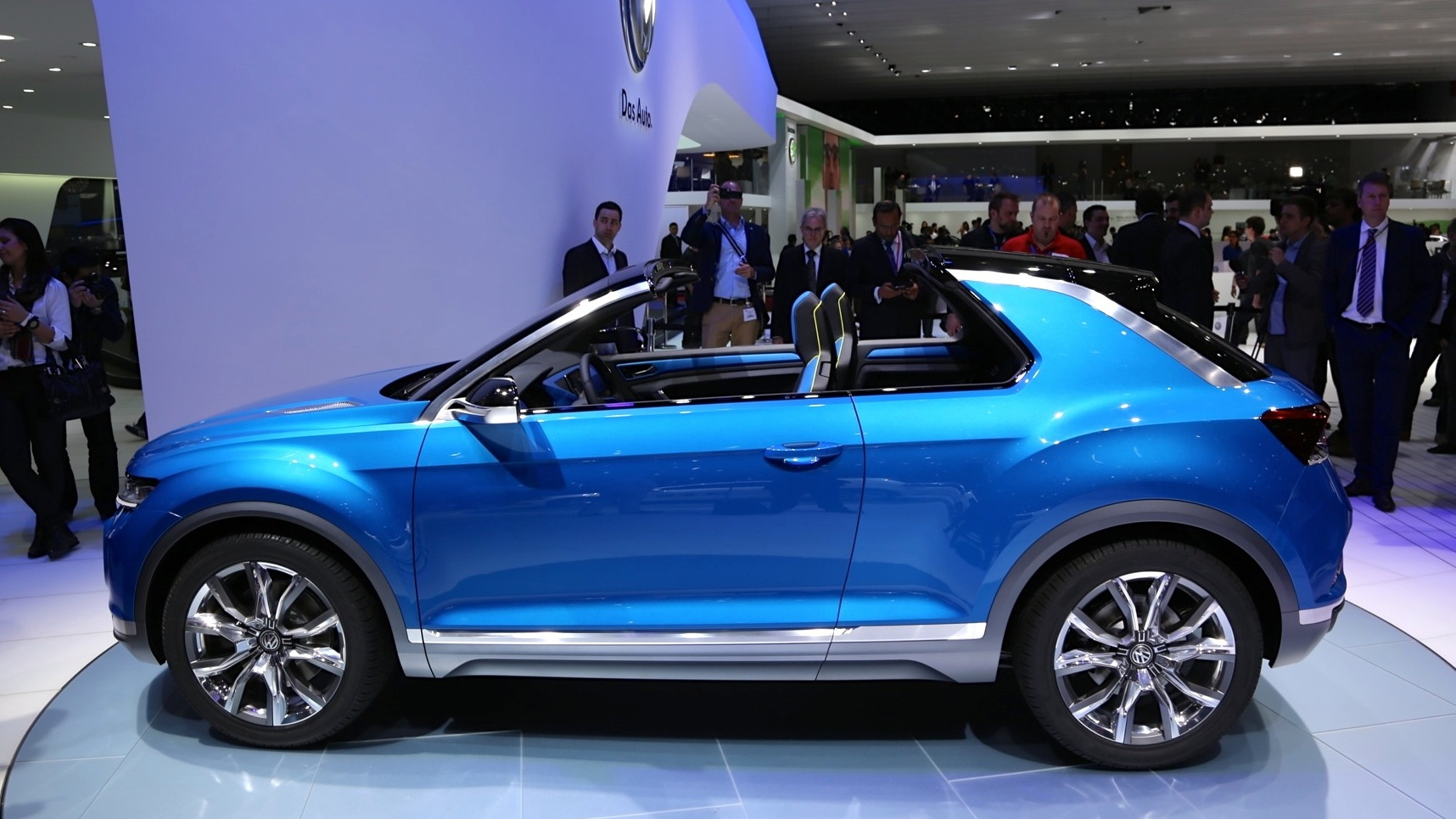 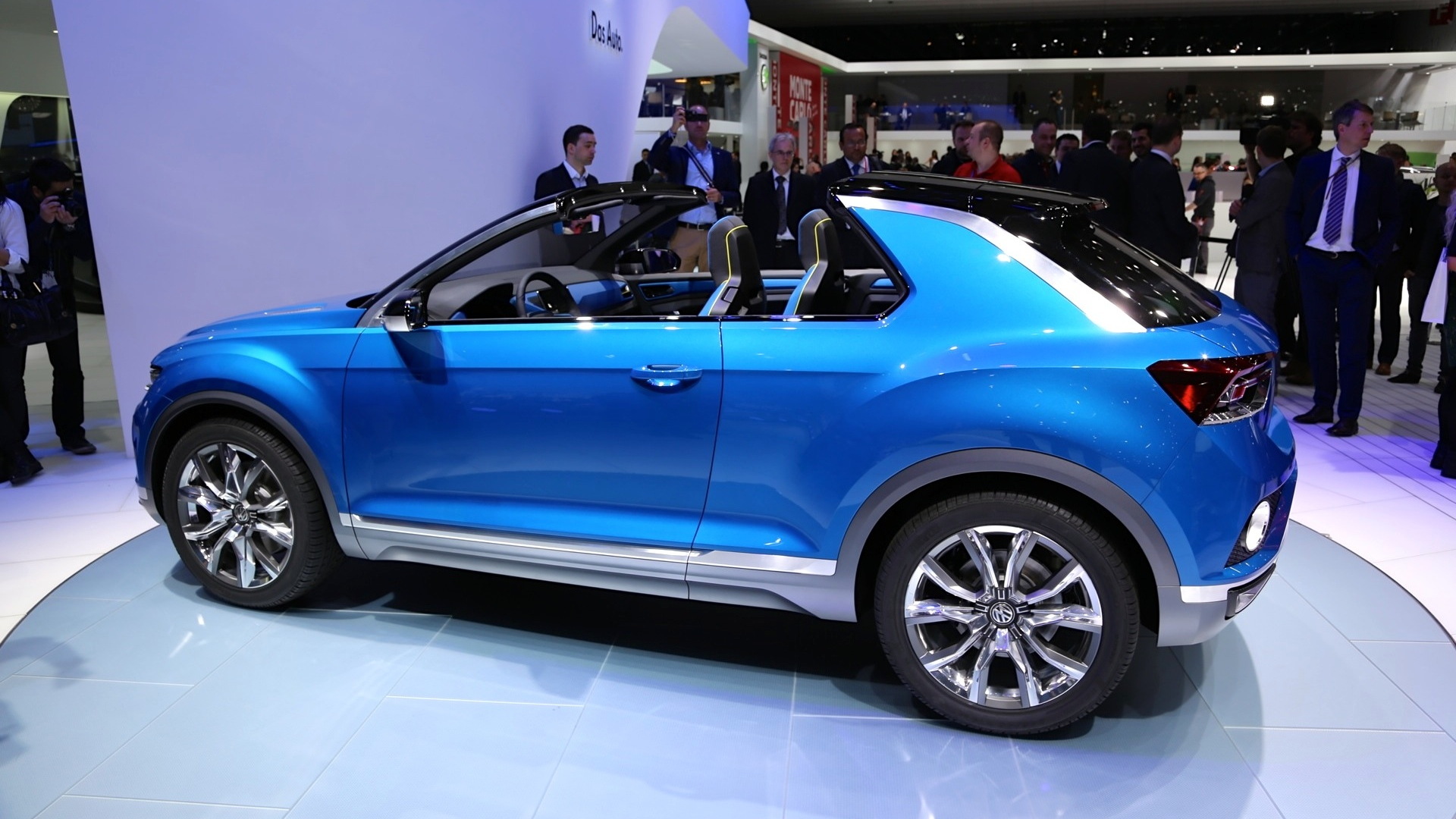 While America waits for a homegrown Touareg to call its own and a bigger Tiguan, Volkswagen's brewing up a third crossover SUV for its global lineup--and the VW T-Roc is the early look at what's coming. The T-Roc made its world premiere this week at the 2014 Geneva Motor Show and is essentially an urban ute along the lines of the Audi Q3 and Mercedes-Benz GLA.

The vehicle is designed around the Volkswagen Group's new MQB modular platform, which will underpin nearly all its small to mid-size vehicles launching in the next few years, including the 2015 Audi TT which also debuted in Geneva this week. Unlike the new TT, the T-Roc is still more pure show car than production-ready prototype, so it boasts some unusual features.

A two-door with all-wheel drive, the T-Roc also has a removable section of roof, a two-piece panel that stows in its cargo hold, making it a kind of T-top targa. It's a concept, but that hasn't stopped VW from laying out the foundation of the T-Roc in hard and fast numbers: penciled in at 3,130 pounds, the crossover concept is 164.5 inches long, with a 102.2-inch wheelbase. It's 72.1 inches wide, and 59.1 inches tall.

The powertrain basics have also been outlined, and they're not concept-car ethereal--instead, they're downright practical. A direct-injected 2.0-liter turbodiesel four from the Golf GTD provides 182 horsepower, funneled through a seven-speed dual-clutch transmission to a Haldex all-wheel-drive system with hill-descent and hill-start assist. Zero to 60 mph times of under 6.9 seconds are promised.

The T-Roc's driving attitude can be dialed down--or up--from a shift-lever control through the default Street mode, to Snow mode (it sets the torque split evenly and tunes stability and slip controls for slower launches), to Offroad mode, which enables front- and rear-mounted cameras. Wheels and tires are 19-inch, 245/45-series.

We're most intrigued by the T-Roc's interior, which VW says has room for four, a big 12.3-inch TFT gauge display, and tough, non-slip surfaces for dirty excursions. A center console tablet gives passengers control over those exterior cameras as well as the inward-facing HD camera mounted at the rearview mirror. All stream to the handheld device to make off-road driving less denty--and hero videos possible. It sounds promising, but we hope the tablet and the T-Roc's leather interior are ruggedized as much as its body and its trim.

For now it’s just a concept, but don’t be surprised if you see some of the T-Roc’s styling appear on a future subcompact crossover targeting the likes of the Nissan Juke.