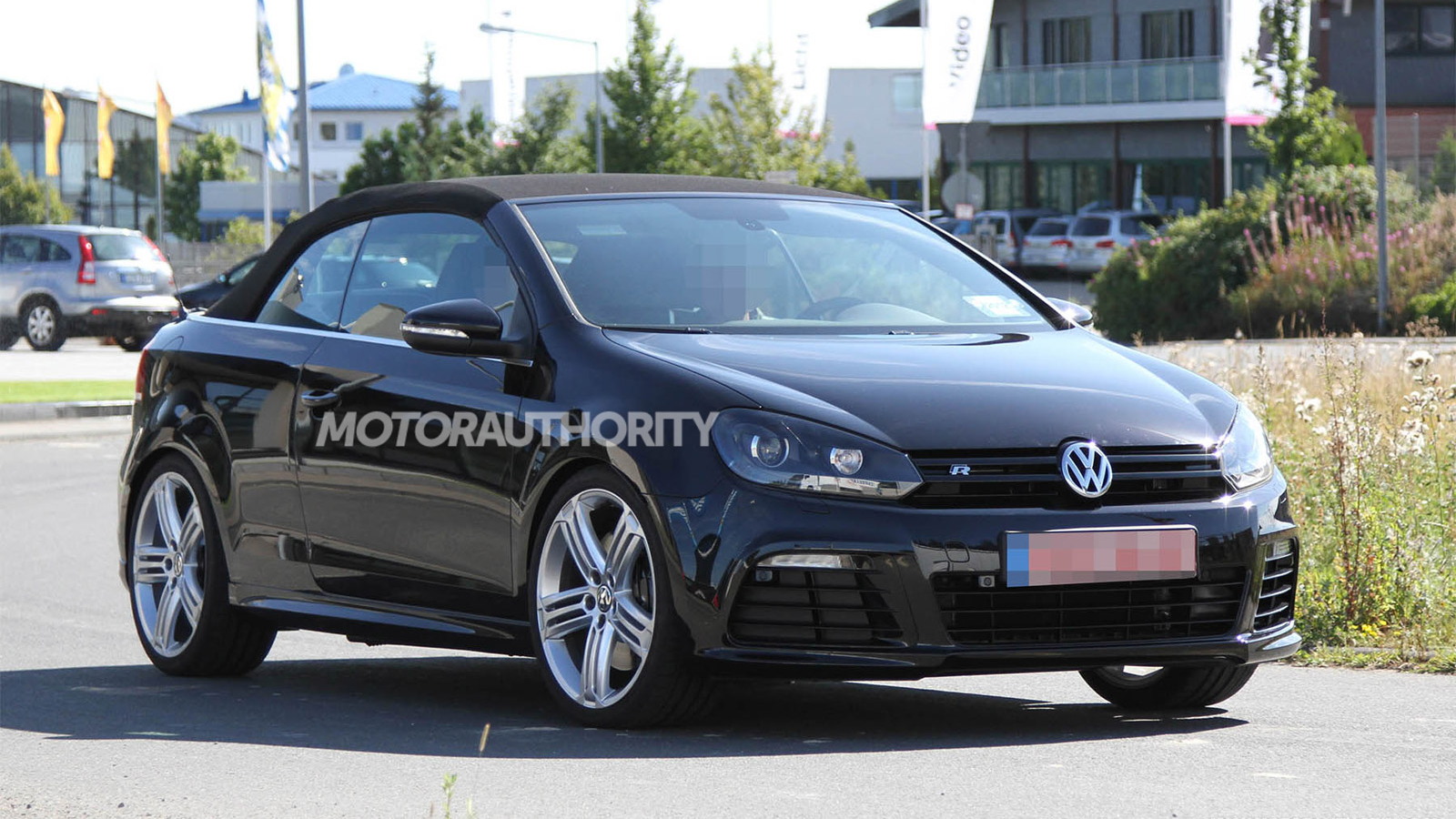 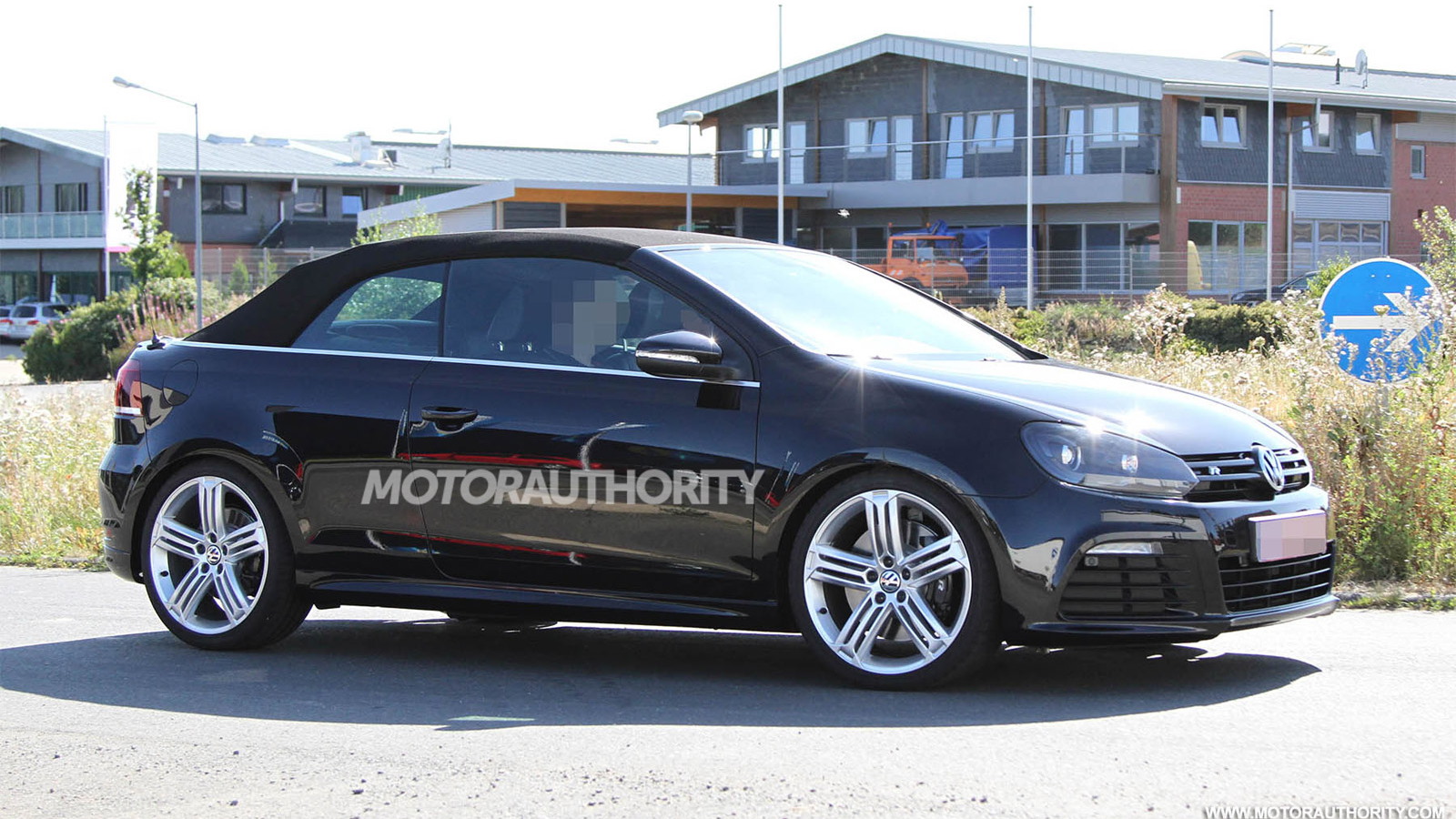 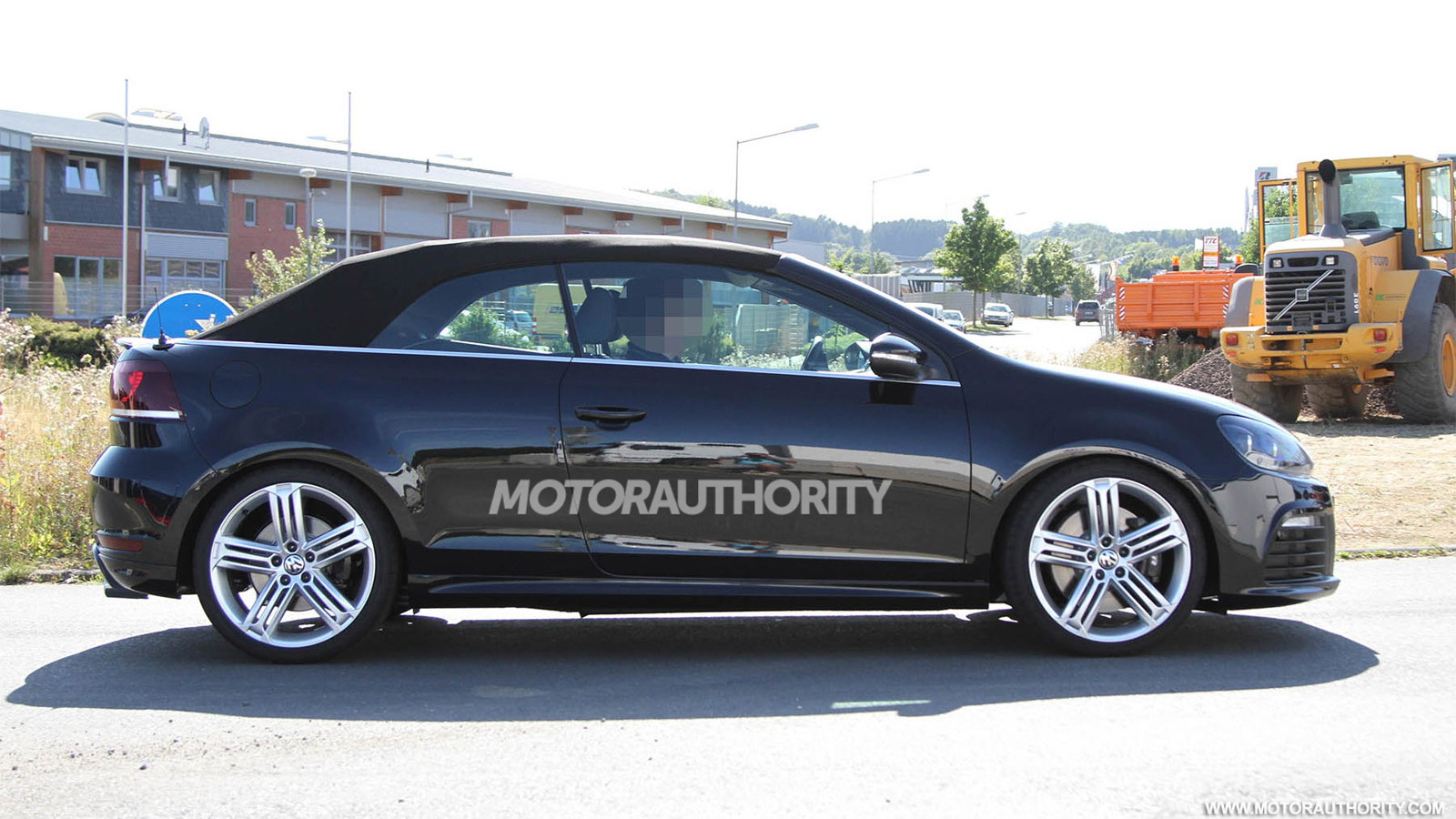 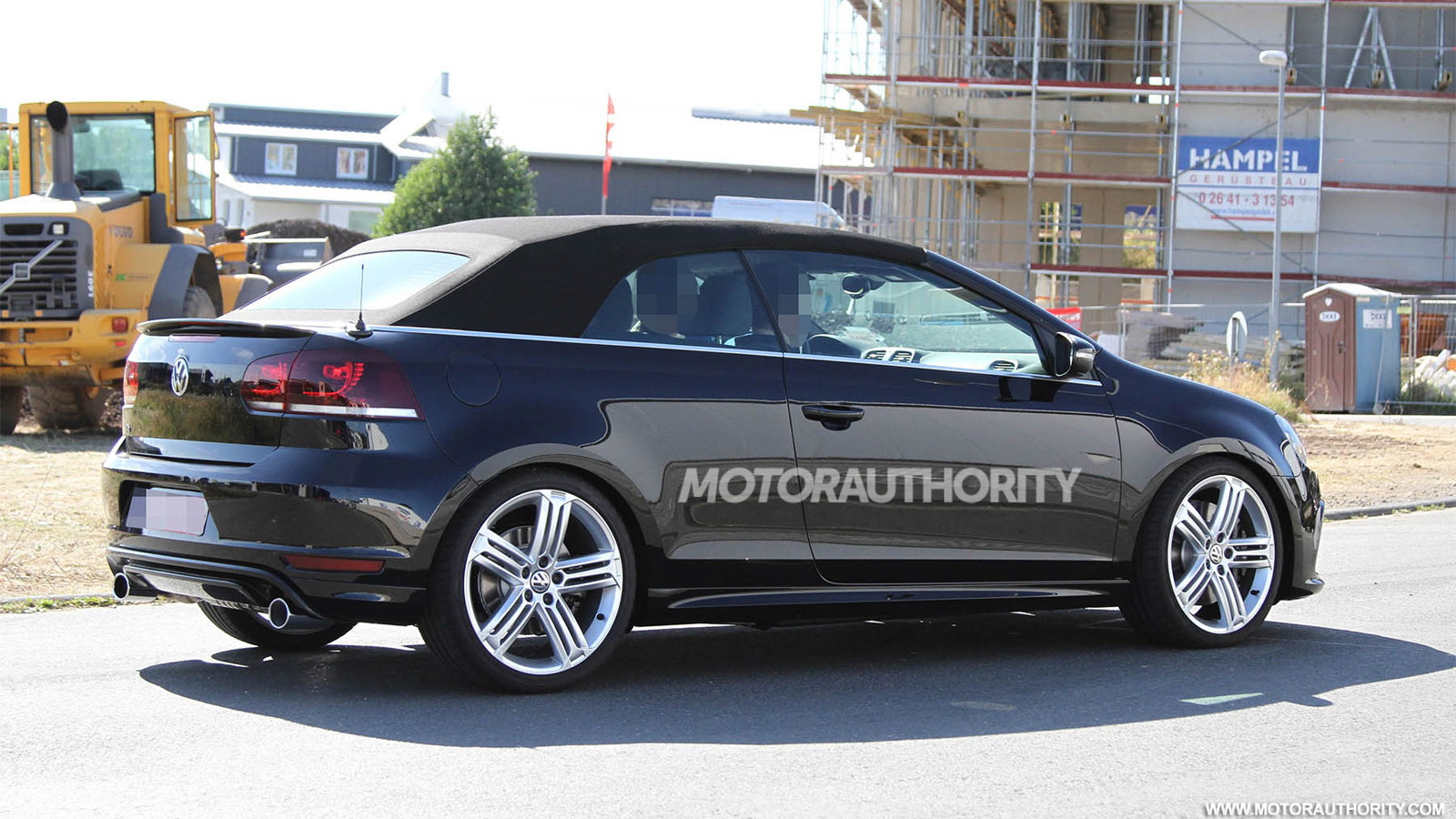 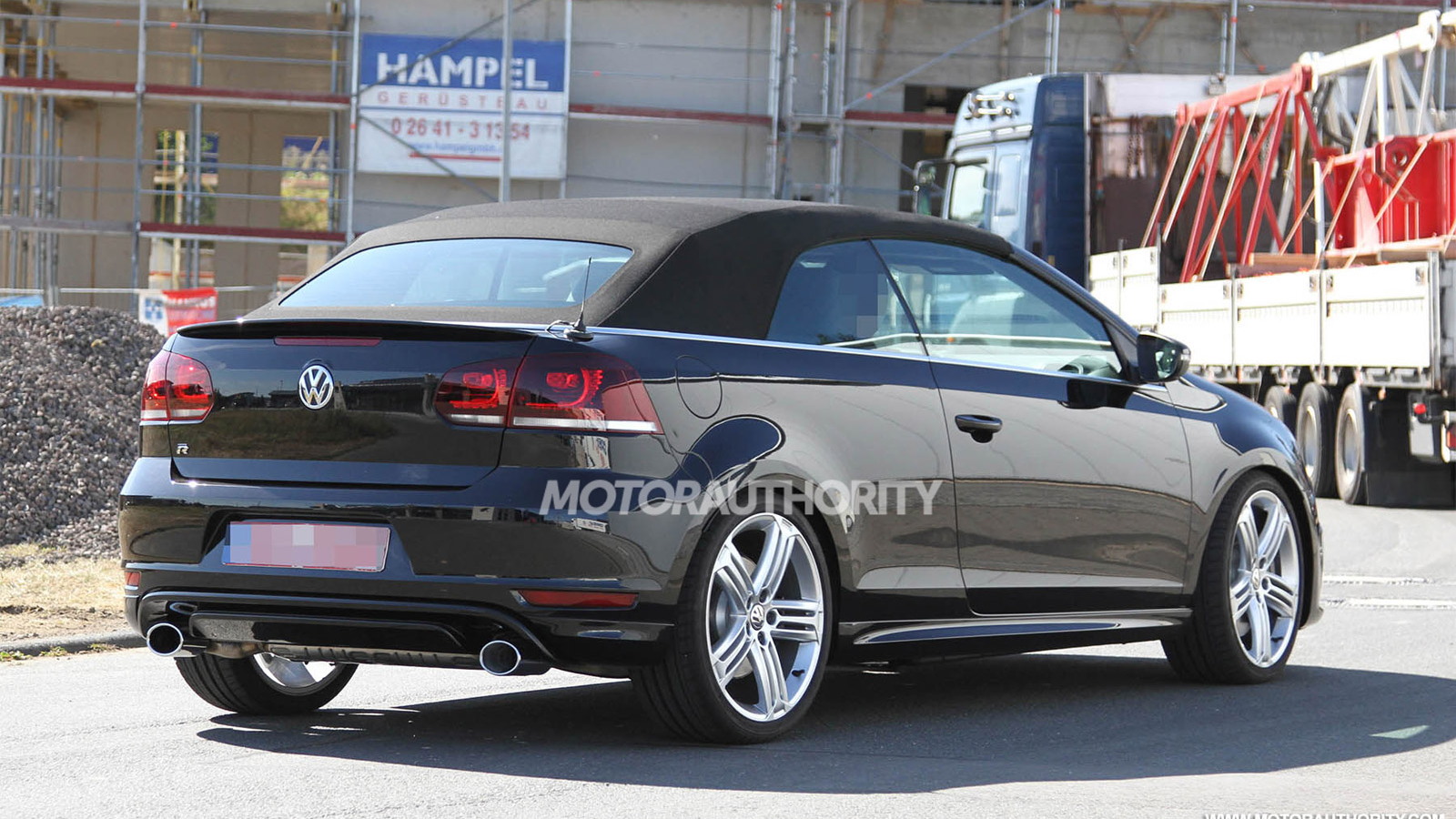 12
photos
A brand new MkVII Golf is just around the corner, which once again will spawn a high-performance Golf R model, but there’s still plenty of life left in the MkVI platform, as confirmed by this latest set of spy shots.

Perhaps as a final hurrah for the MkVI Golf, Volkswagen will be launching a new Golf R Cabriolet model. Though sadly, like the Golf Cabriolet on which it’s based, it won’t be sold in the U.S.

We recently saw some leaked patent drawings for the car, and Volkswagen has already previewed it in concept form, so we’ve known for some time that it was coming.

Like the regular Golf R hatchback, which we simply loved, the new Golf R Cabriolet will be powered by a direct-injected and turbocharged 2.0-liter four-cylinder engine rated at 256 horsepower and 243 pound-feet. This is the same engine found in the Golf GTI but with boost pressure turned up to a heady 17 psi.

The Golf R Cabriolet will also pack a version of Volkswagen's 4Motion all-wheel drive system as standard, which can send nearly 100 percent of torque to the rear wheels when necessary. In the U.S. the Golf R hatch was offered exclusively with a six-speed manual, though overseas a six-speed DSG dual-clutch unit was also available, so we suspect the new Golf R Cabriolet will offer both options.

Look out for the debut of the Volkswagen Golf R Cabriolet at the 2012 Paris Auto Show next month, with sales to start in Europe shortly after. Interestingly, Volkswagen will also be unveiling its new MkVII Golf at the Paris event and may even present a concept version of its next Golf GTI.