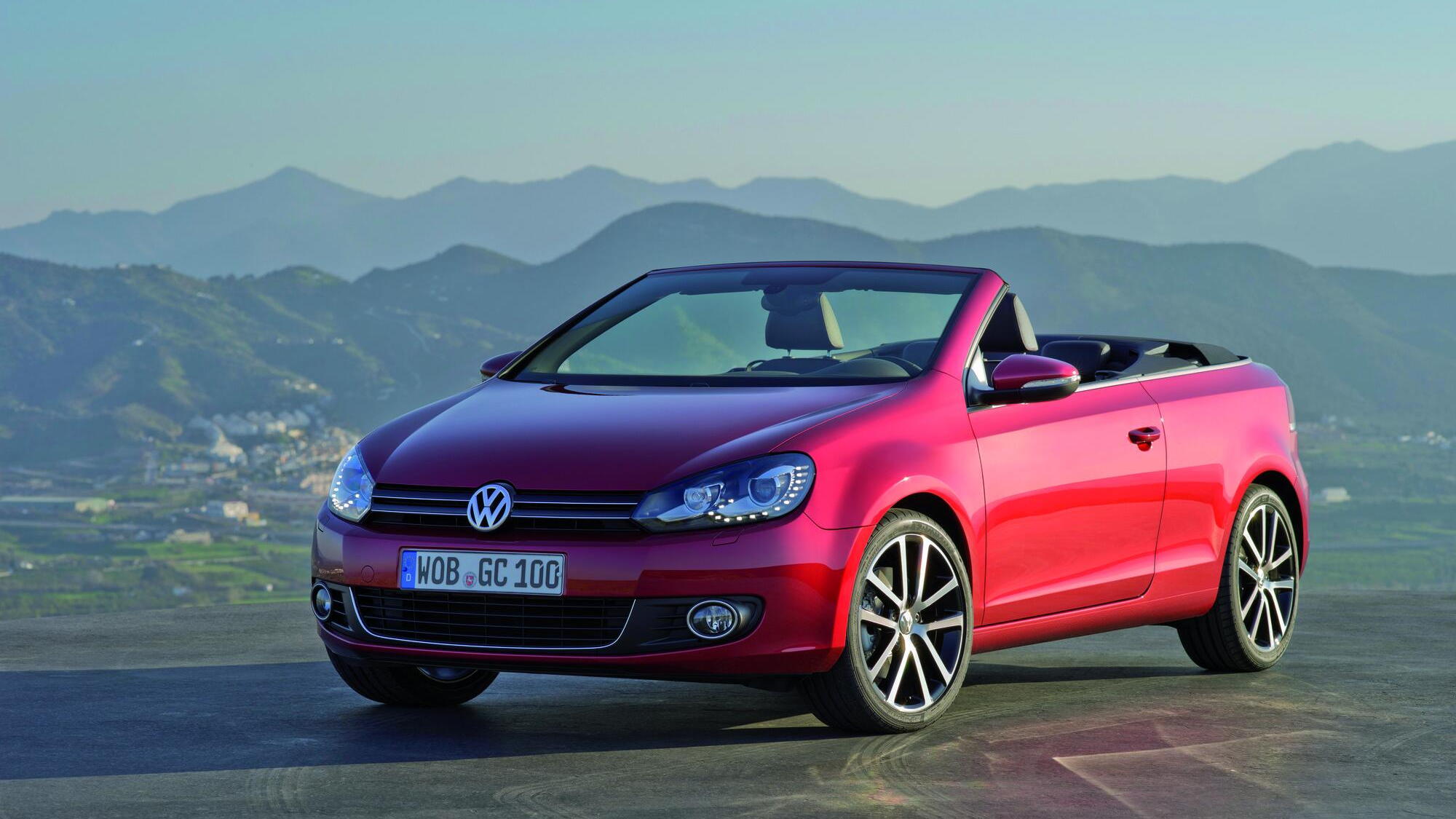 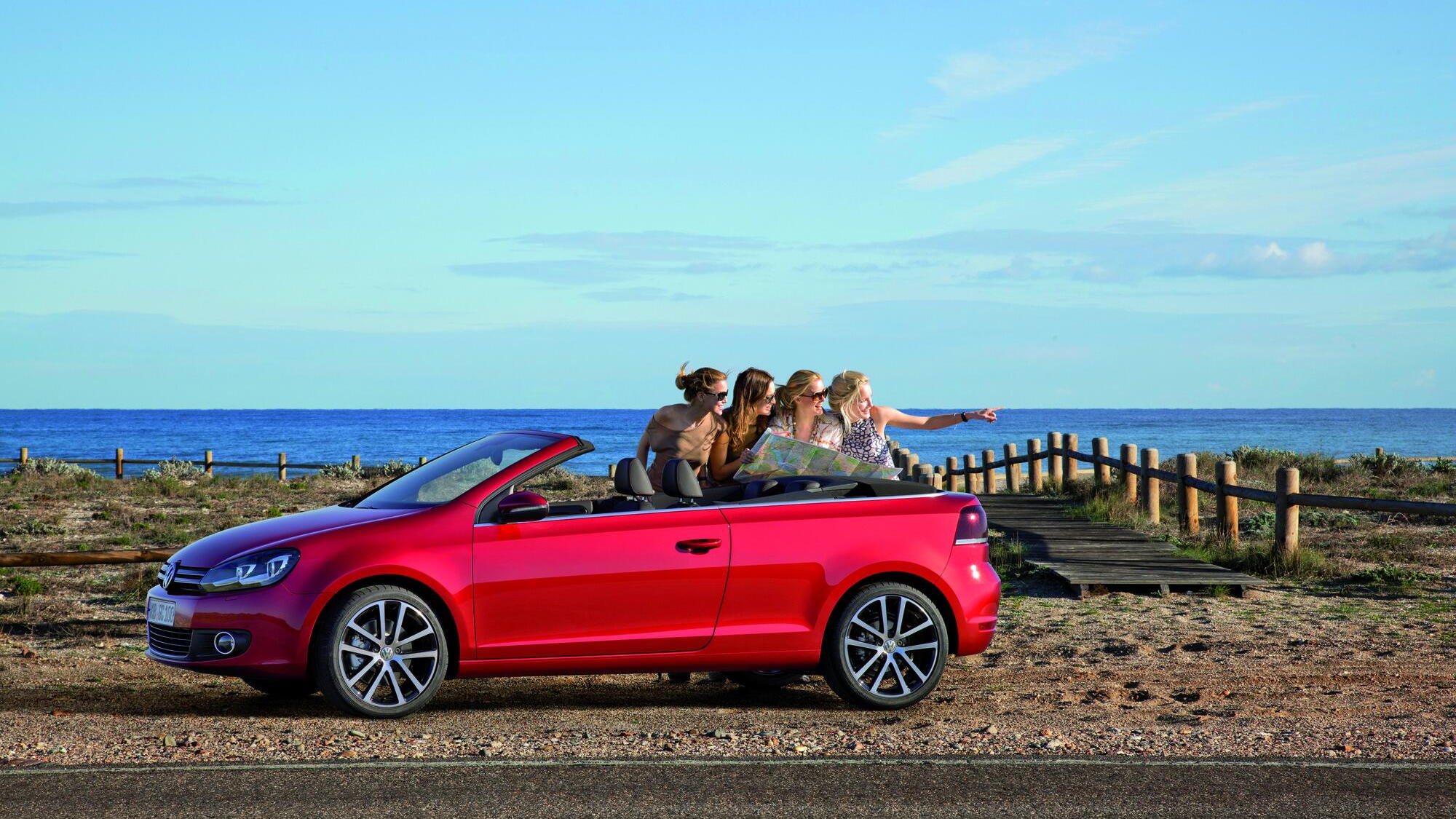 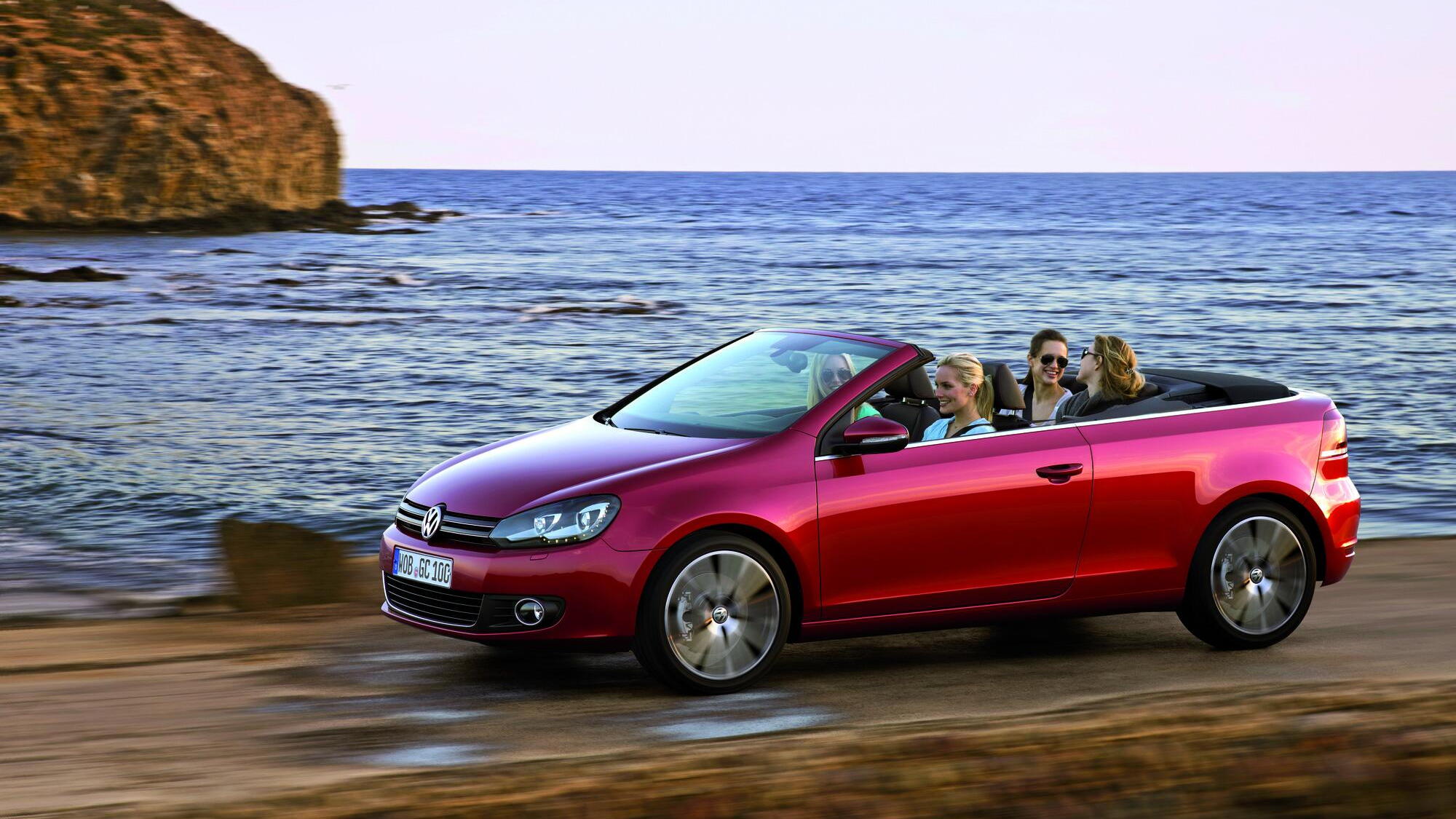 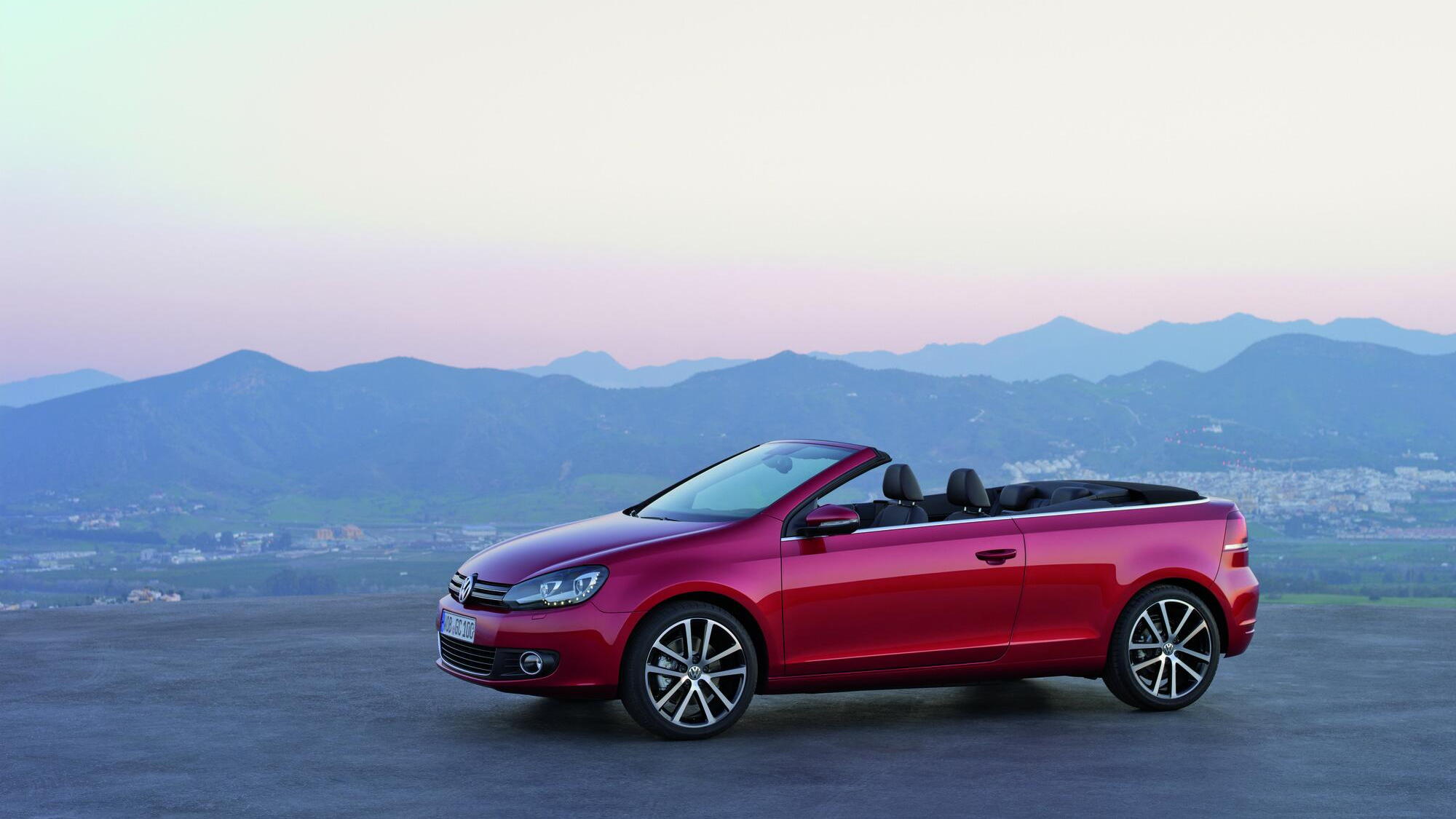 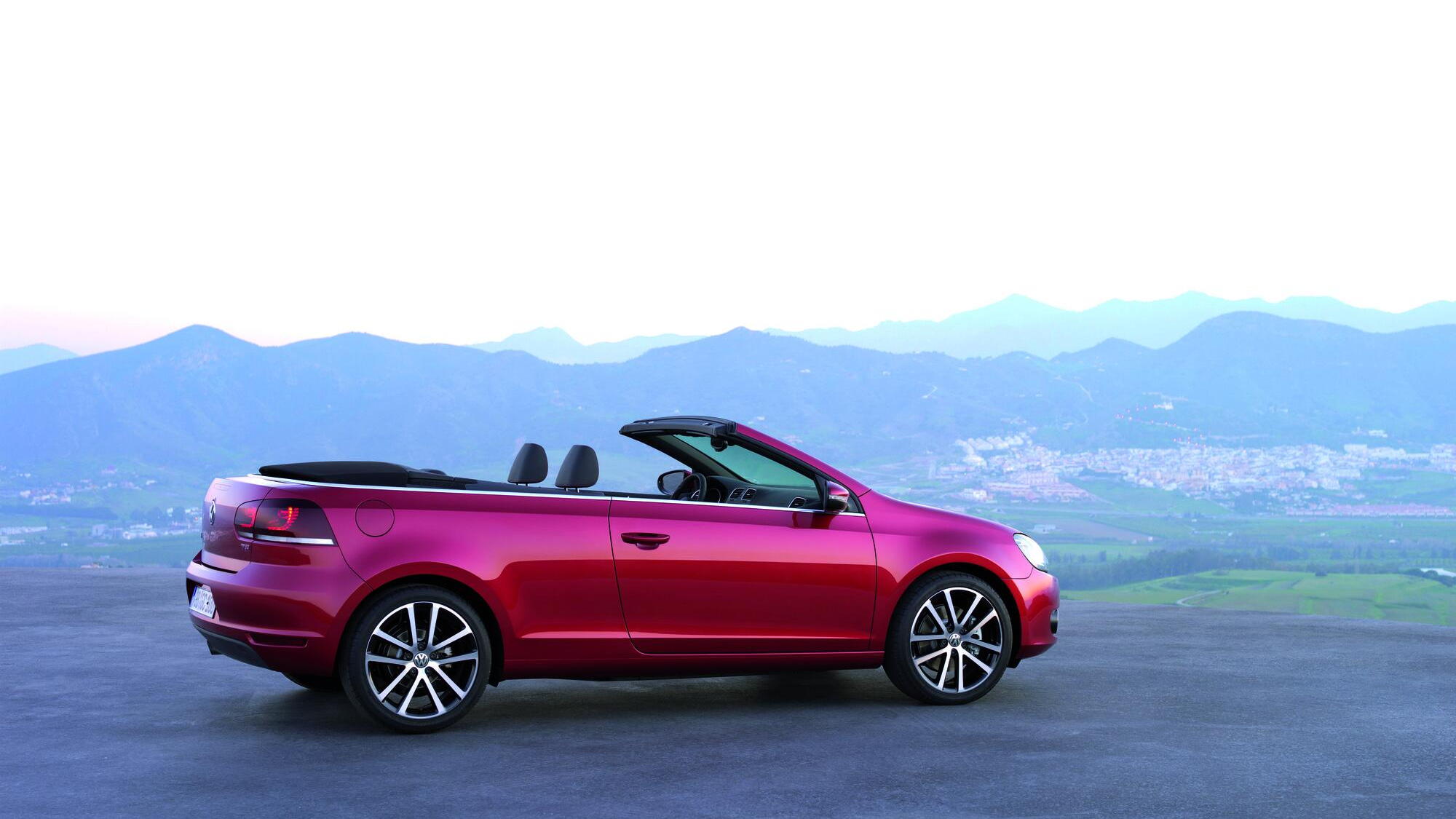 With a pair of rather shapely Giugiaro-designed concepts on deck, Volkswagen was already headed for an appealing Geneva show stand. Now, it's going to be even better, as the new Golf Cabriolet shows the world how to make a drop-top small car that doesn't look like it was beaten by the neighborhood bully on the way to school.

Keeping the familiar Golf face but completely mixing up the proportions with its sleek roof-shaving, the Golf Cabriolet opens its soft top in a mere 9.5 seconds, thanks to an electro-hydraulic drive system.

Changes from the hardtop Golf include a more raked windshield angle, a new rear end, and a lower roofline. The Cabriolet also gets some of the features of other trims, including the GTI's LED rear lights.

Outside the U.S. there are no fewer than six (six!) turbocharged direct-injection engine options. Here, should it come to our shores, we'll likely get just one: the 2.0-liter turbo. A naturally-aspirated model may come our way as well.

Early orders begin tomorrow in Europe. Though we'll likely have to wait a few more weeks or months here in the U.S., it should arrive in time for summer.

The official unveiling will take place next week in Geneva.