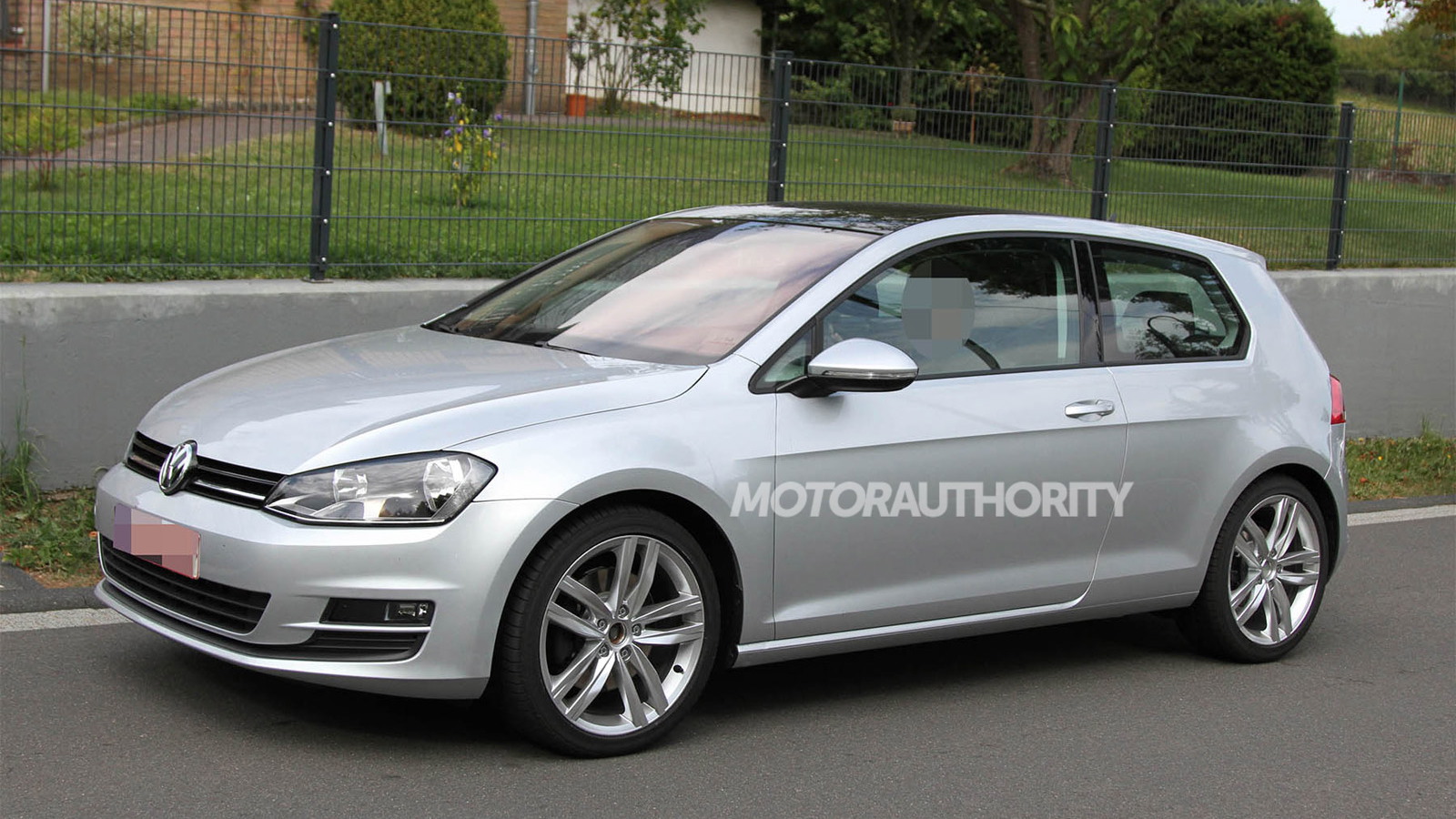 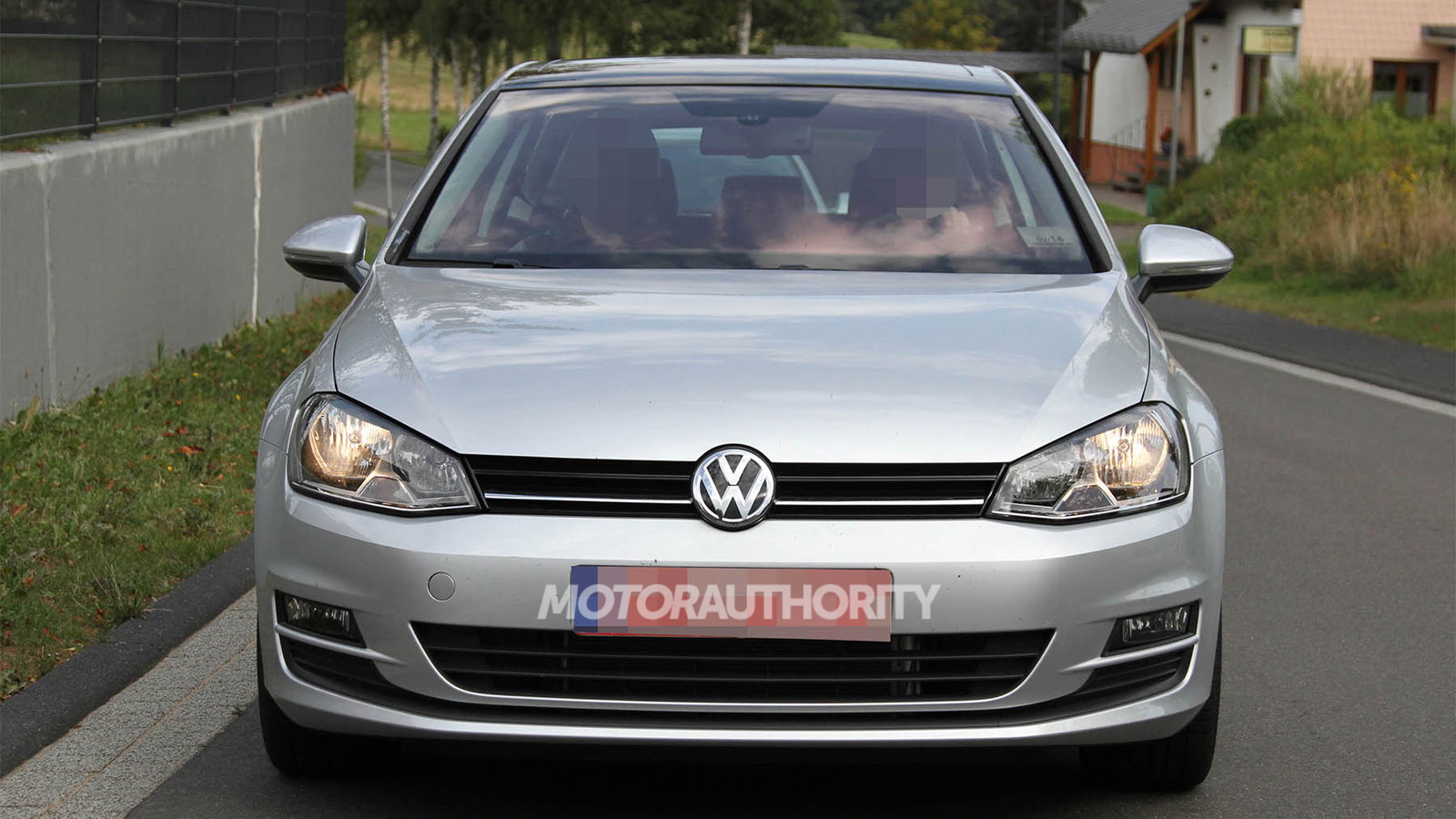 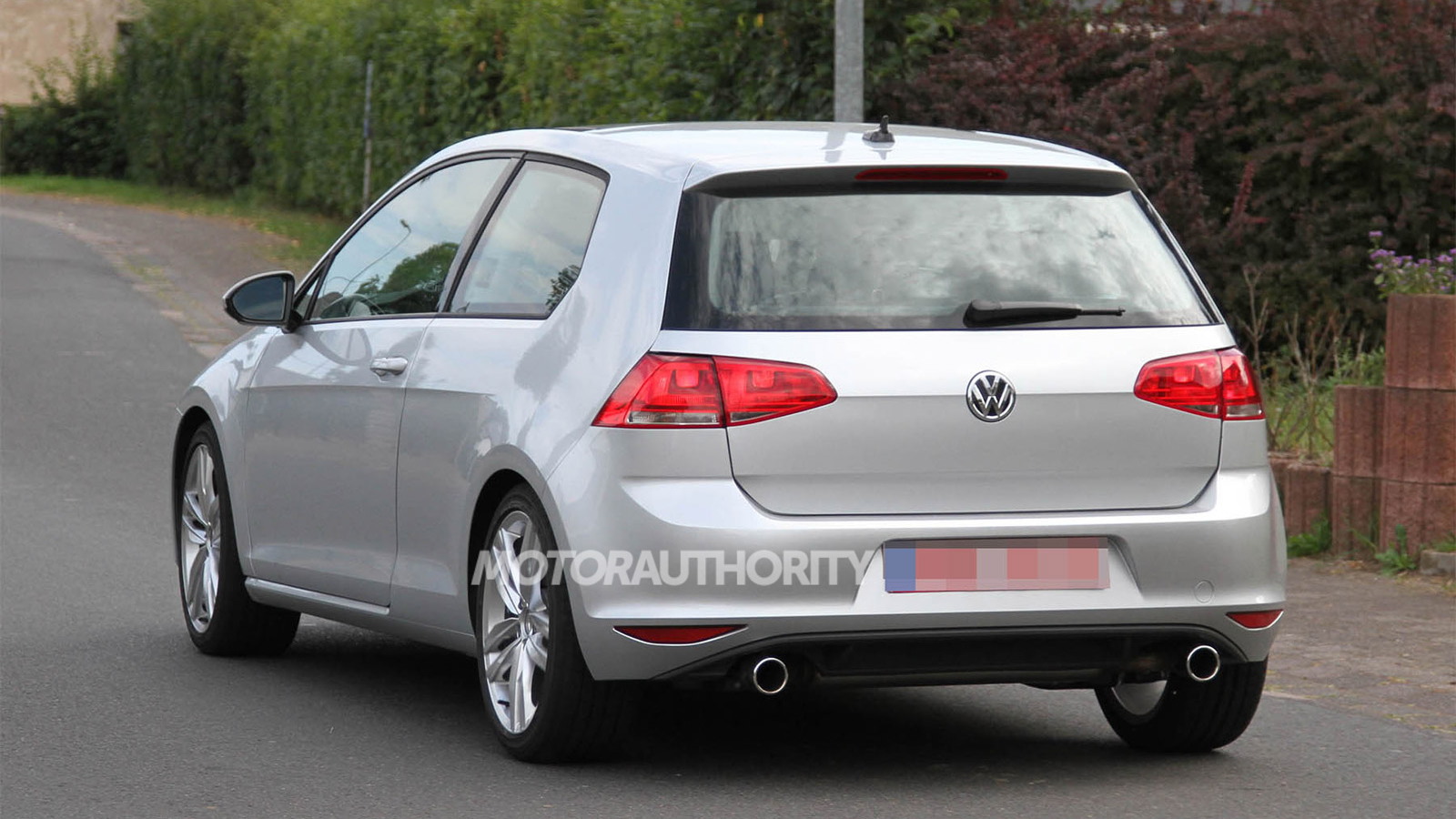 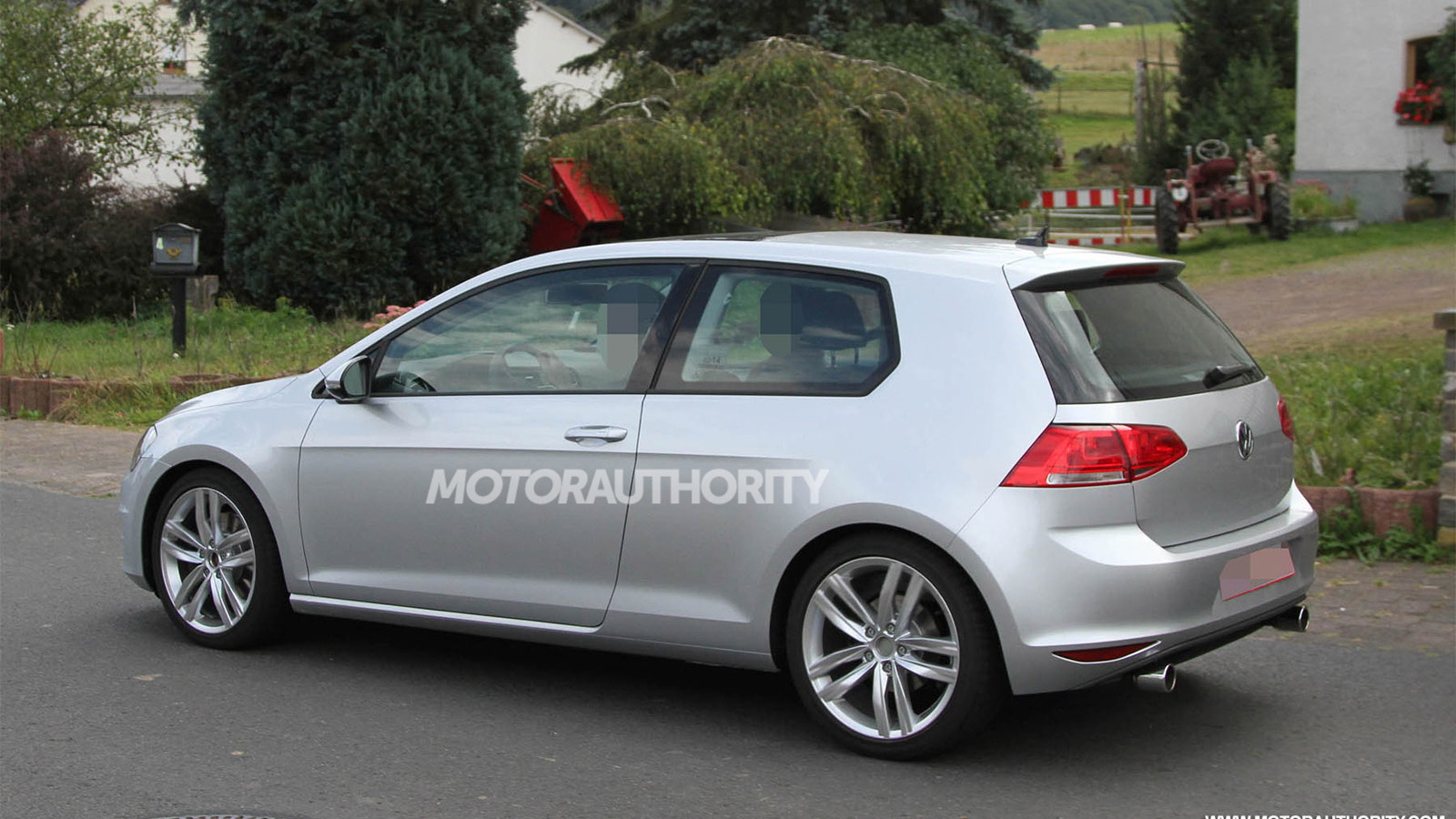 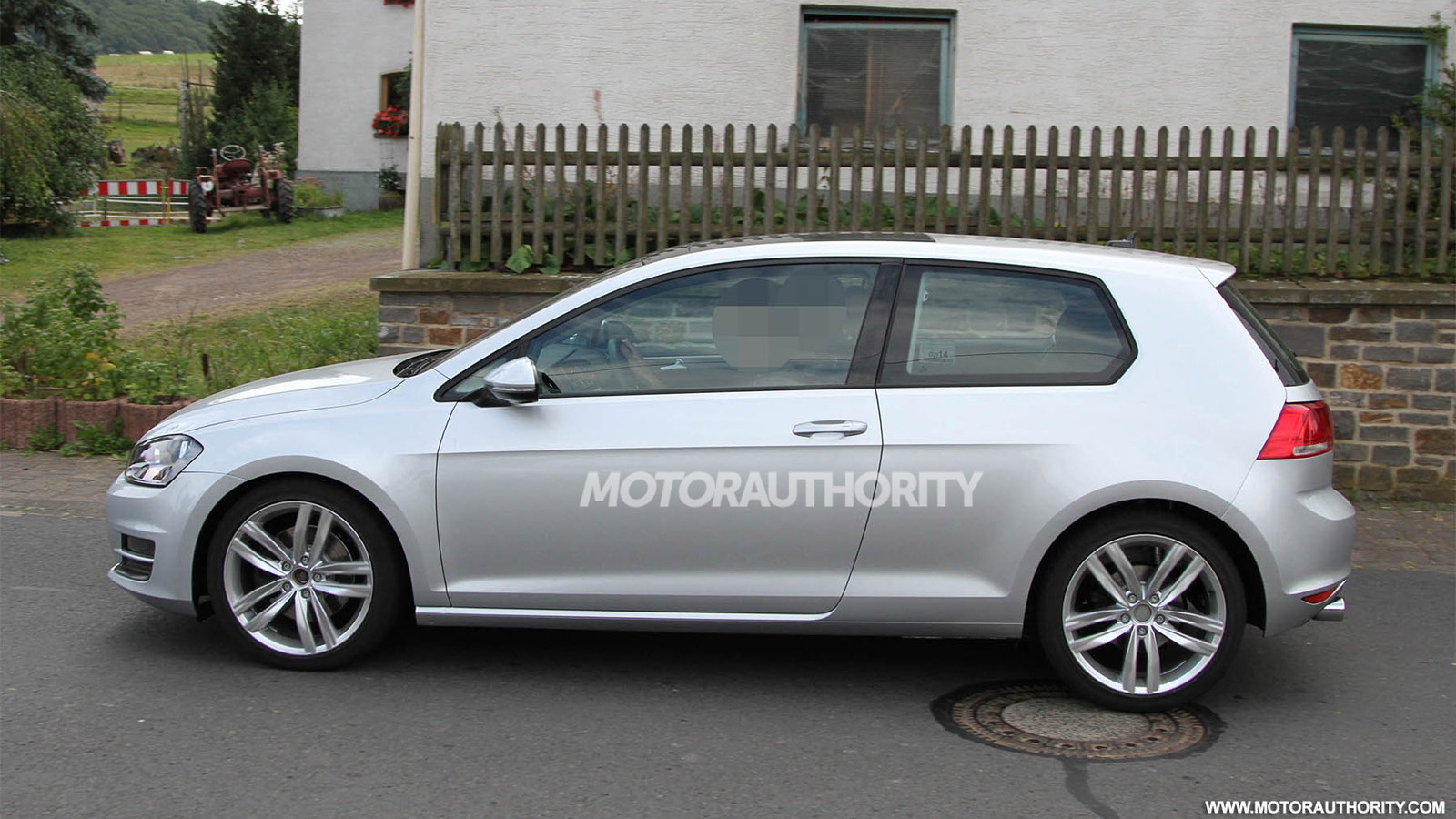 25
photos
The recently revealed MkVII Volkswagen Golf will be making its debut in just a few weeks at the 2012 Paris Auto Show, before landing in showrooms next summer as a 2014 model. However, we’ll have to wait a bit longer until the launch of the potent GTI variant.

Today we have new spy shots of a prototype for the 2014 GTI, this time appearing almost production ready.

Though the bland front bumper and grille of this prototype is the same as the regular Golf's design, the rear shows the chrome-plated dual exhaust tips that only the prototypes for the GTI have been wearing. The brakes and wheels are also the same units seen on previous GTI prototypes.

While we’ve been spying prototypes for the 2014 GTI for more than a year, the only solid details we have on the car is that it will be based on Volkswagen’s latest MQB platform and that it will deliver more power than its predecessor.

The good news is that the basic formula for the new GTI will almost certainly remain the same as today’s car. That is, it will likely come powered by a turbocharged 2.0-liter four-cylinder engine matched to either a six-speed manual or dual-clutch DSG, and with drive sent to the front wheels only. Both five and three-door versions will be available, the latter of which is seen here.

It was thought that output would rise only slightly above the current model’s 200 horsepower and 207 pound-feet of torque. However, we have info suggesting the new GTI will produce around 222 horsepower so that it has a better chance against rivals such as the Ford Focus ST and Mazda Mazdaspeed3.

The key to delivering that much power through the front wheels will be Volkswagen’s VAQ electronically-controlled front differential lock. Designed to offer what the automaker claims is “more agile steering behavior,” the VAQ system has already been shown to cut Nürburgring lap times by up to eight seconds when compared to a similarly powered model without it.

The new system is based on a multi-plate coupler that is located between the differential cage and the right drive shaft. The pressure required to actuate the VAQ is produced and regulated by an electrically-powered hydraulic pump. A control unit continually adjusts for the optimal locking power as a function of the driving situation. In dynamic driving, VAQ applies the drive torque to the wheel on the inside of the curve and the outer wheel on the road according to the different vertical wheel forces. The vehicle remains very neutral right up to its performance limits by this torque vectoring effect.

On top of this, the new GTI will also benefit from an electronic power steering system, as well as lighter construction than the current model--up to 220 pounds less. Both the floor and the roof of the car is expected to be aluminum. An even more powerful Golf R model is also due, and will shed further weight by adopting carbon fiber, including on its roof.

As for styling features, the new GTI should keep its signature honeycomb grille, as well as its chunky alloy wheels, and there appears to be a slightly larger roof spoiler on some of the prototypes than is found on the current car. The interior should be familiar, too, so expect some tartan trim for the seats.

Stay tuned for updates as development progresses and look for a possible concept version of the 2014 Volkswagen GTI at the 2012 Paris Auto Show.