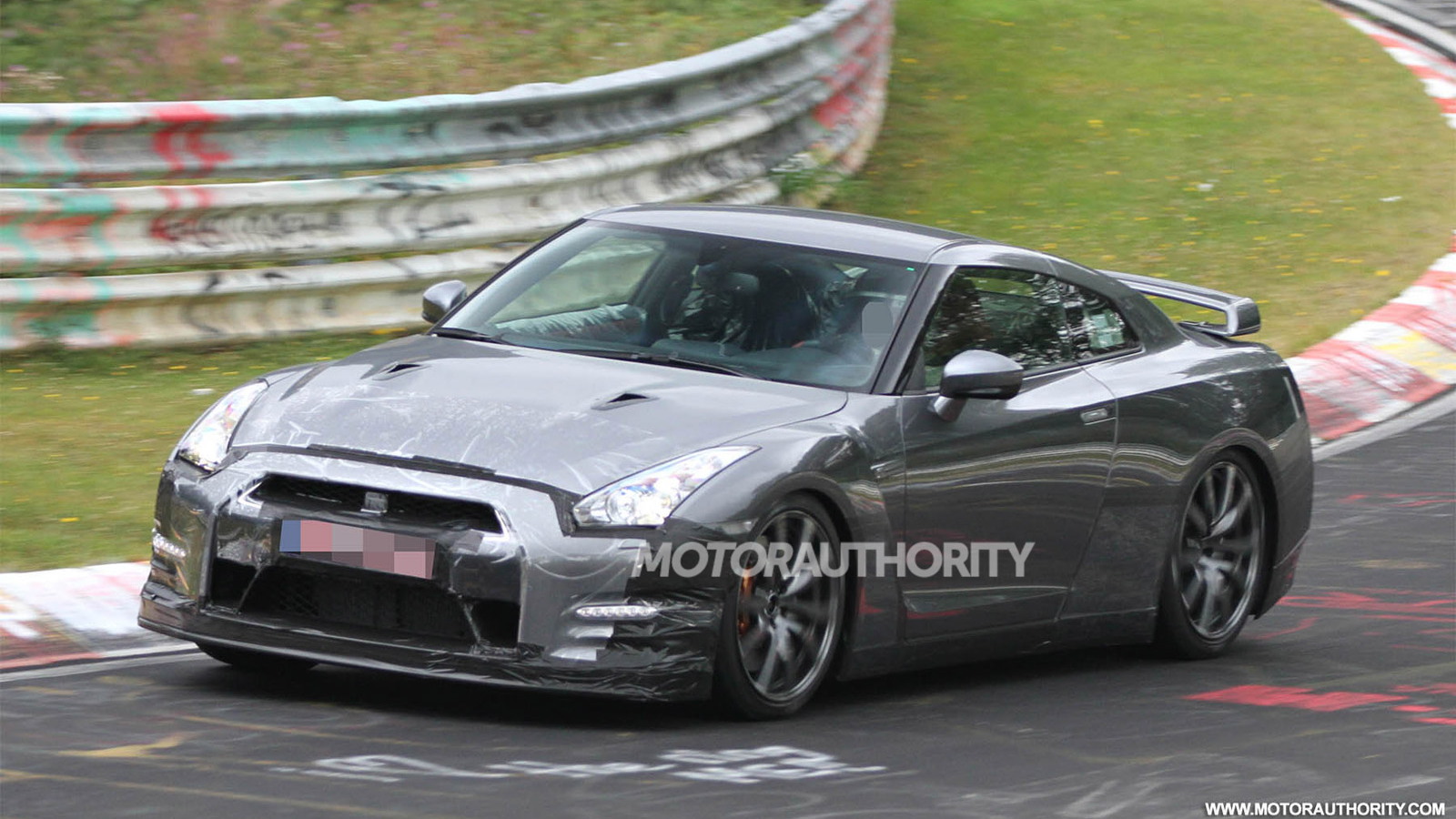 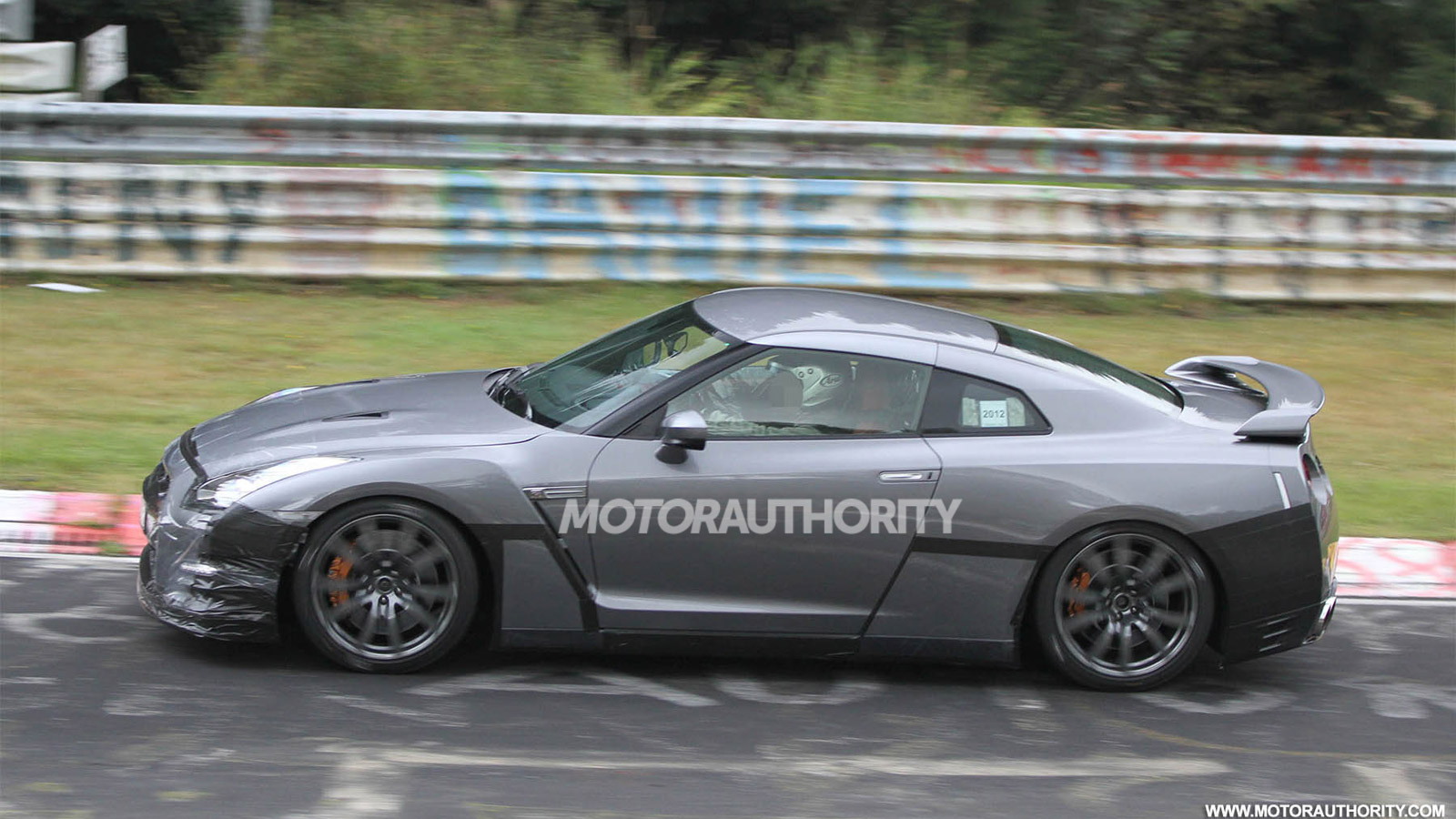 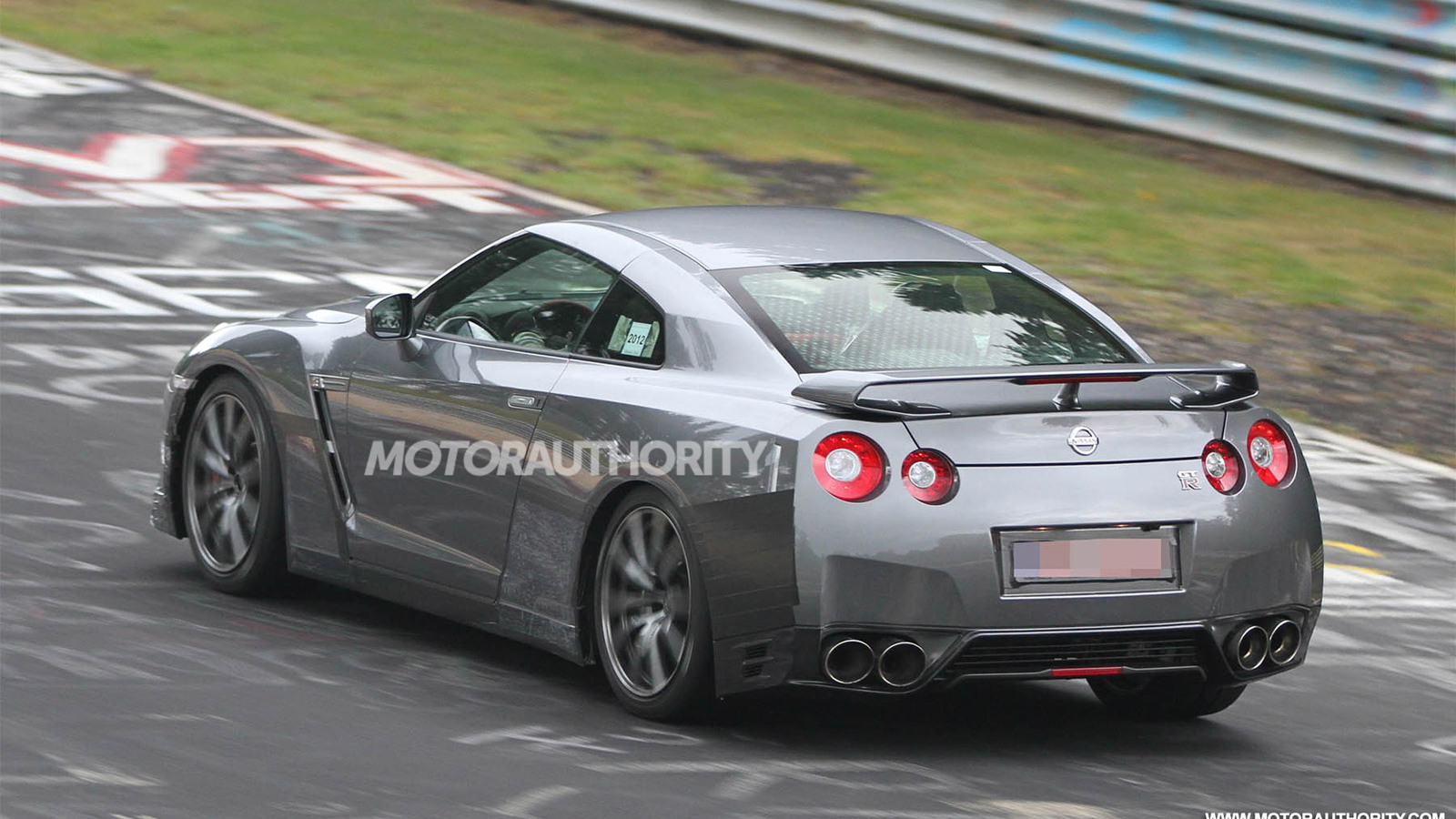 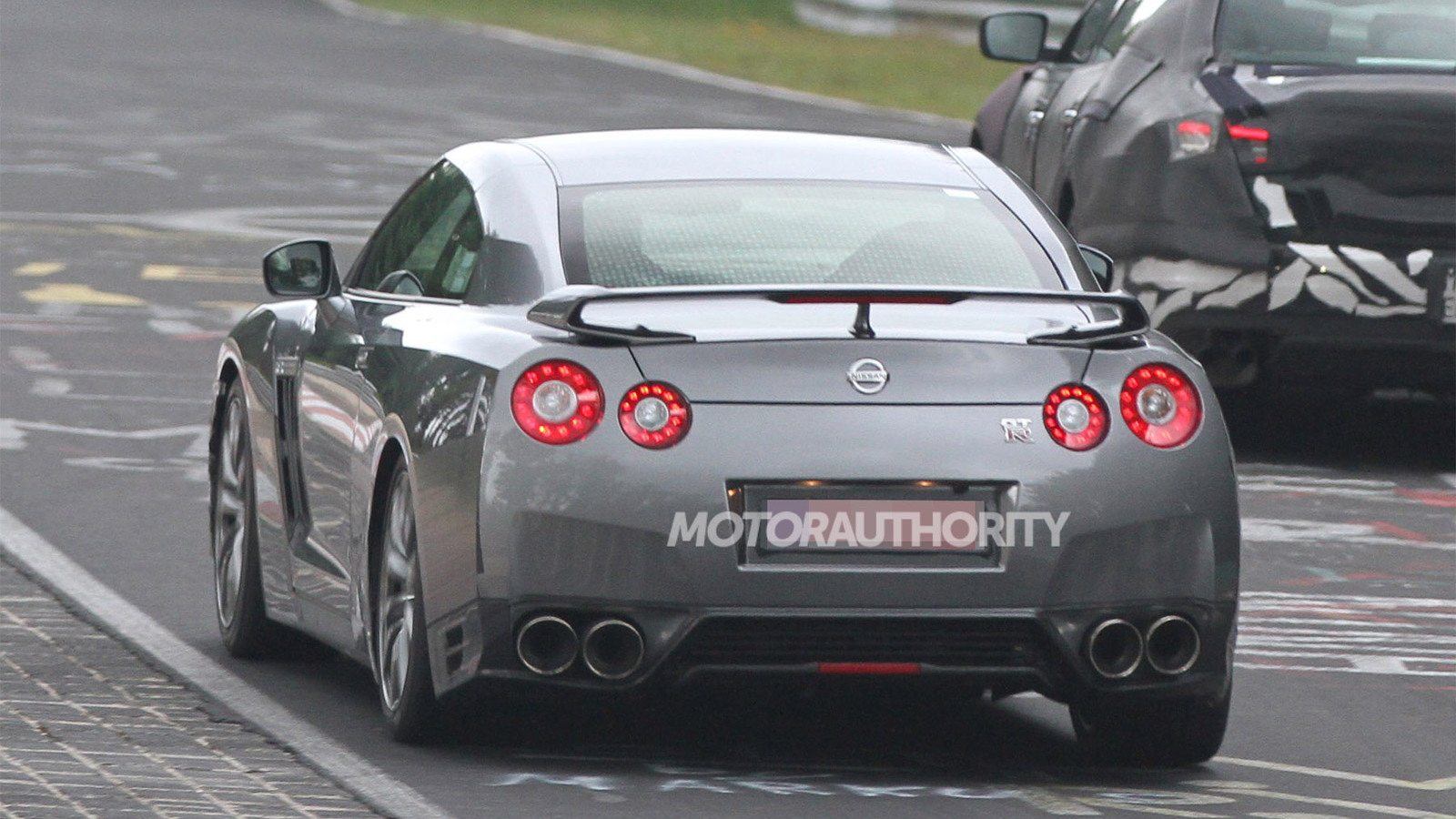 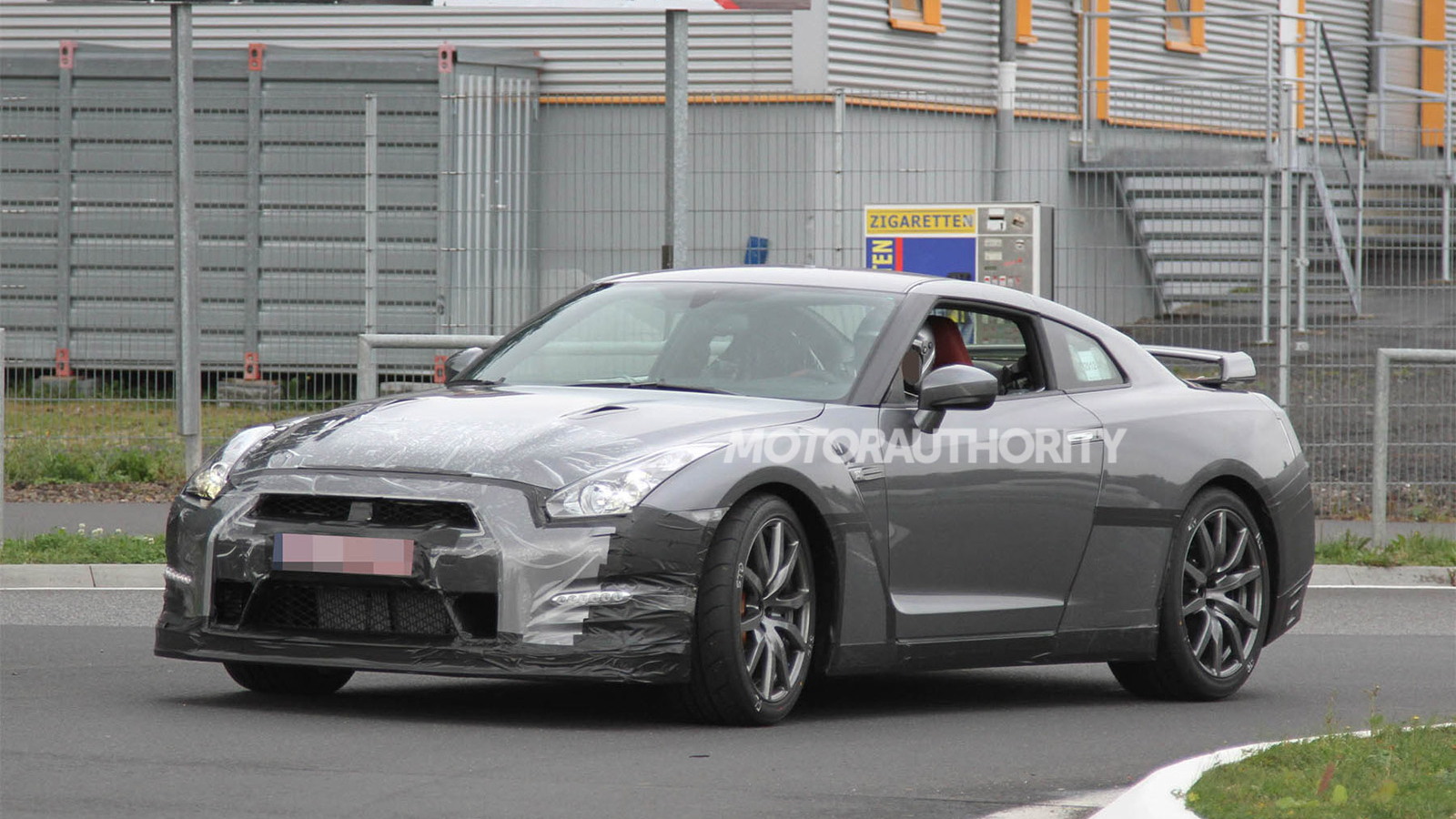 9
photos
UPDATE: The 2014 Nissan GT-R has been revealed. Click here for all the details.

Even though Nissan introduced a significantly updated GT-R for 2013, the Japanese automaker is thought to be working on a slew of new upgrades for the 2014 model year, some of which may include styling updates. A prototype for the 2014 Nissan GT-R has now been spotted for the first time, with engineers seen pushing the car hard at the Nürburgring circuit in Germany.

Continual evolution of the GT-R platform is one of the stated goals of the car’s chief engineer, Kazutoshi Mizuno, which is why we’ve seen it getting faster and more refined with each model year. Note, Mizuno recently retired due to Nissan’s mandatory retirement age of 60, though the expert engineer is expected to still influence future GT-R development through a consulting role.

You may recall that Nissan recently entered a stock GT-R in the Nürburgring 24 Hours, an endurance race in which the car emerged a winner in its class and 30th overall. As Mizuno previously explained, the purpose of competing was to test reliability and durability issues in order to fine tune the platform over the next five years or so.

Few details are known about the 2014 Nissan GT-R, though there’s speculation coming out of Japan that the car will feature revised bumpers with more cooling ducts, as well as more power on tap. Other changes such as revised light graphics, new wheel patterns and a tweaked interior are also expected to make the cut.

Of most interest is the possibility of a high-performance ‘RS’ version, something that has been hinted at by Nissan executive vice president Andy Palmer. He described Nissan's RS cars as being much more track-focused than regular models.

The prototype seen here is likely to be in the very early stages of development, and is still wearing most of the parts from the current 2013 model. Engineers are likely to be testing the latest mechanicals as well as tire specs. Power is likely to be up, though don't expect huge gains over the 2013 model's 545 horsepower and 463 pound-feet of torque.

As Nissan has only just started real world testing of its 2014 GT-R, we’re not expecting a reveal until sometime next year.