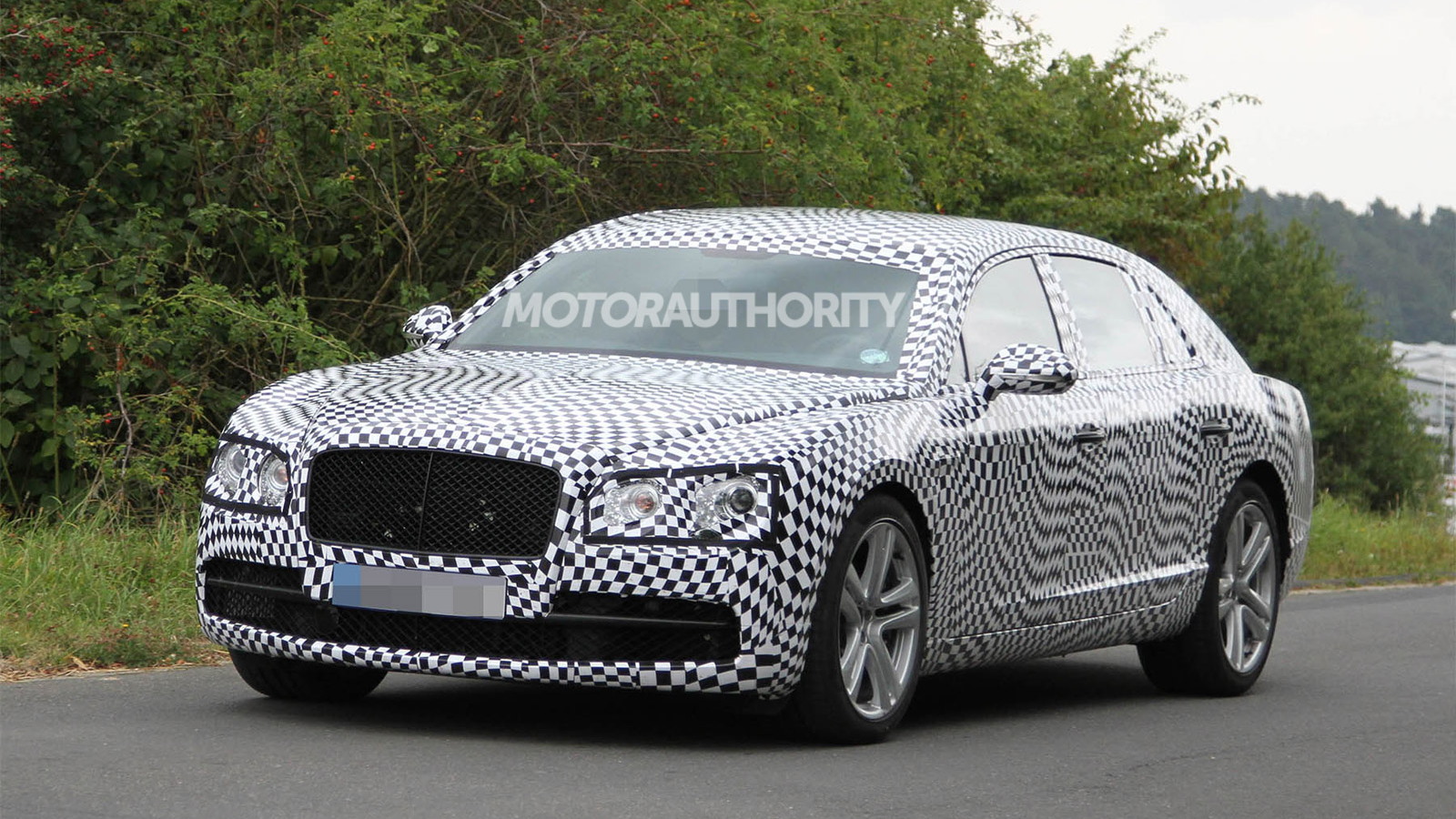 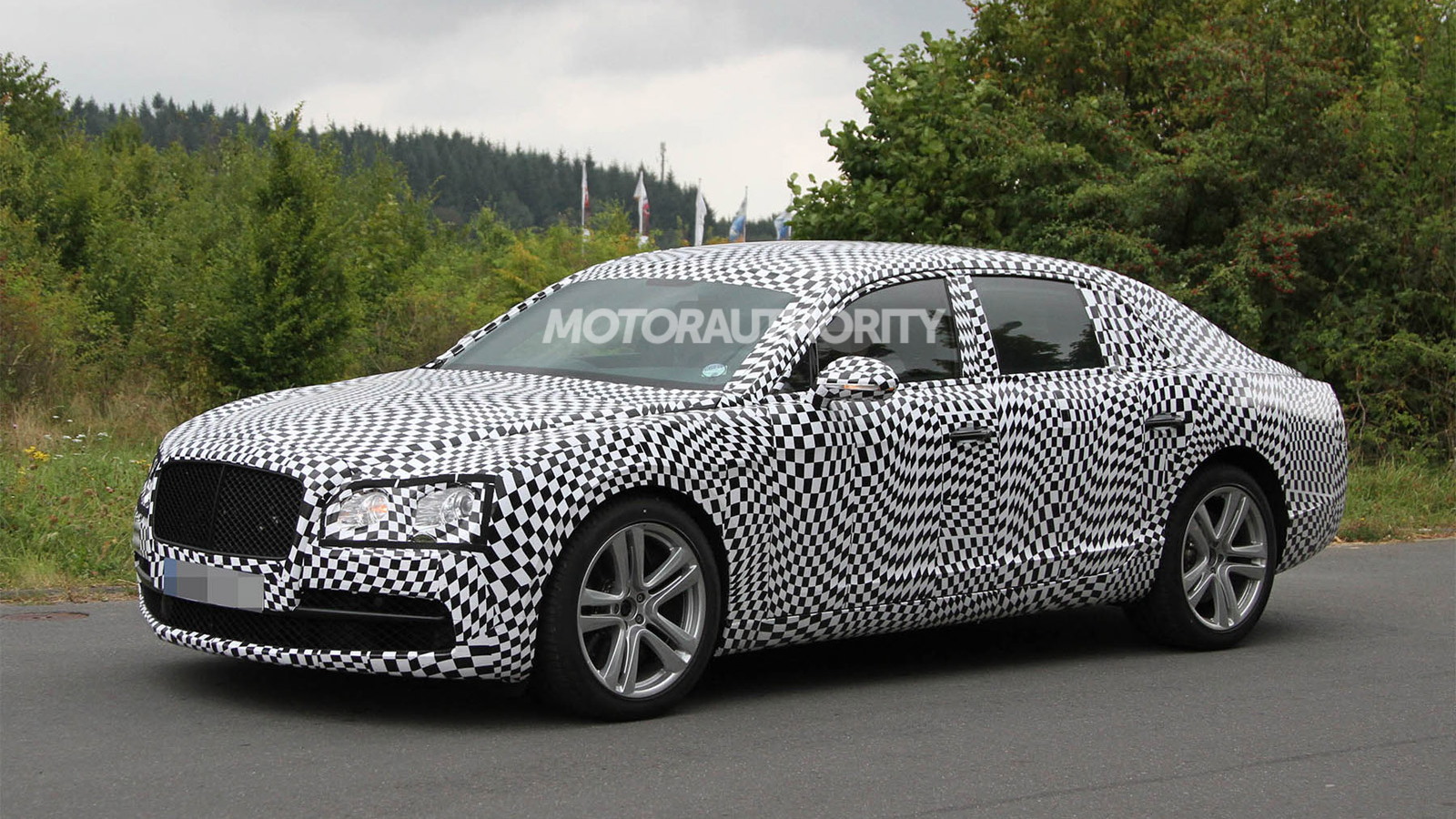 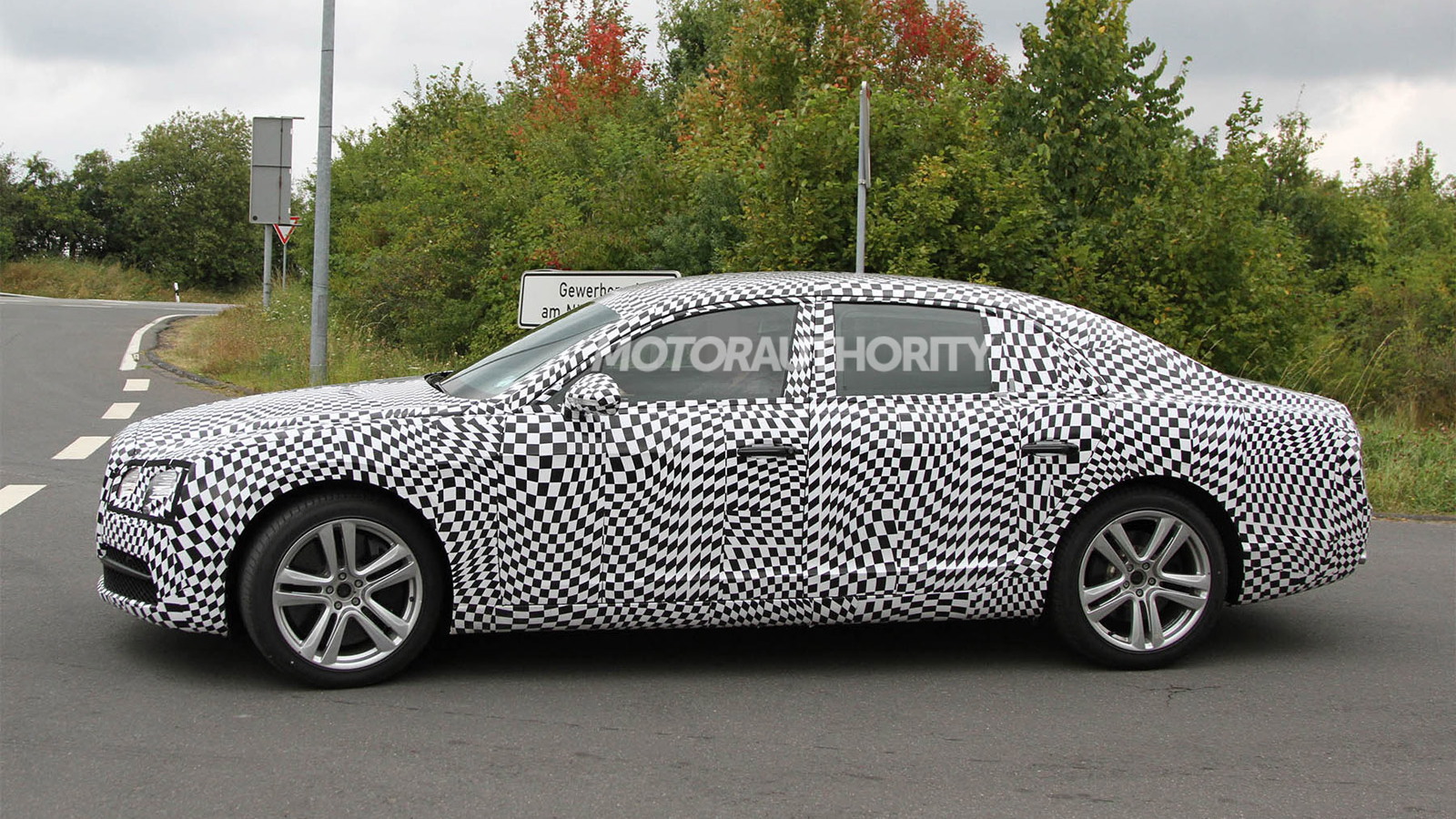 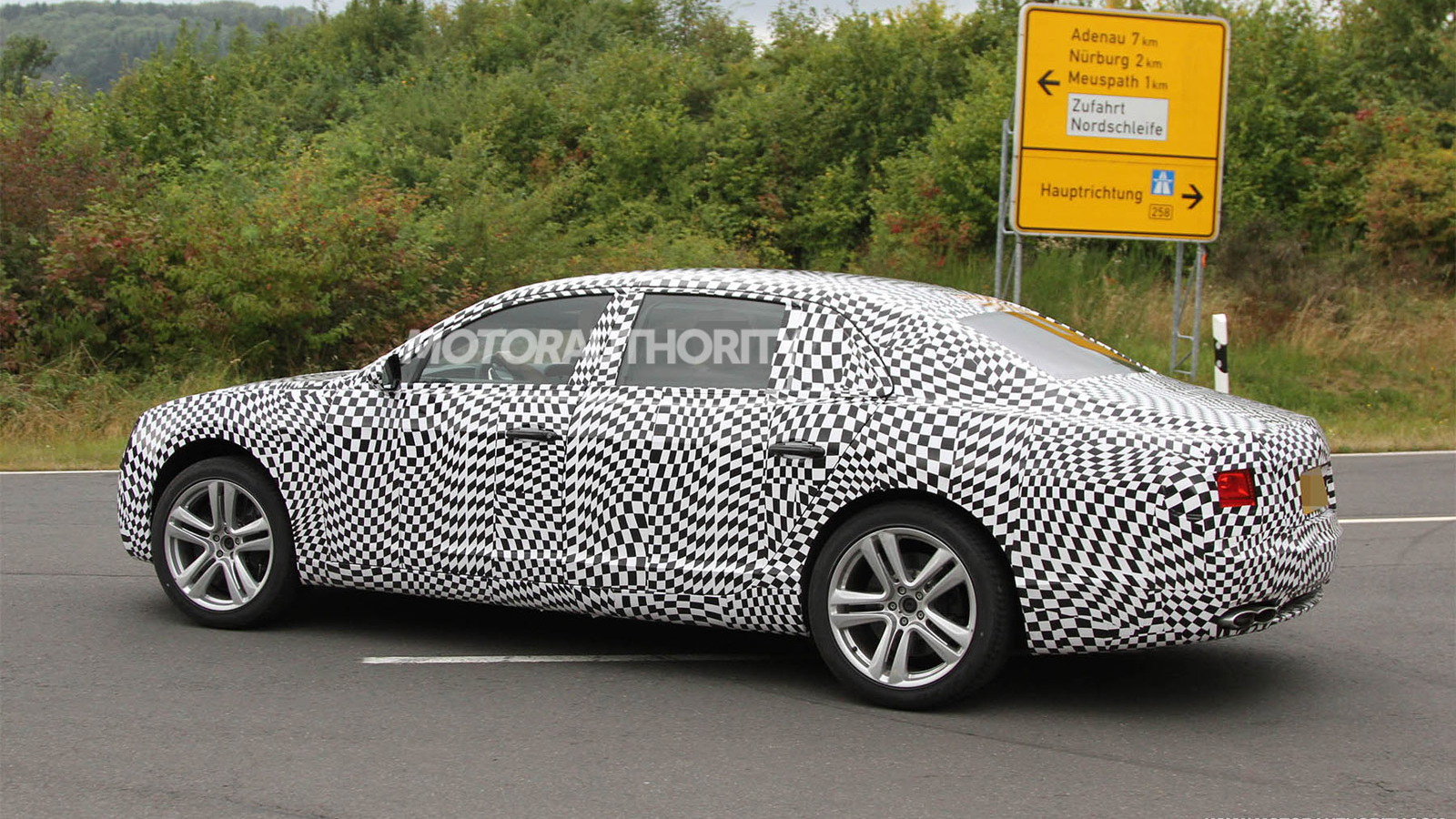 18
photos
Four doors, a choice of eight cylinders, and a dash of sport: that's Bentley's recipe for the upcoming Continental Flying Spur, according to these spy shots.

The latest images show prototypes adopting the final shape of the new Bentley sedan, in this case a new V-8 model, with a world debut expected to take place sometime in the first half of next year.

Like the Continental GT V8 model, this eight-cylinder Flying Spur will likely be called the Continental Flying Spur V8. Note, we’ve also seen spy shots of the more potent W-12 model, though aside from the tail pipes (V-8 prototypes feature a ‘figure 8’ design), there's not much in the way of differences--yet.

The styling of the new car has been heavily masked, however, we do have some clues as to what to expect thanks to several hints dropped by Bentley’s exterior design chief David Hilton.

During a previous interview he said round headlights would remain a signature feature of Bentley models in the foreseeable future, though at the rear the cars would be adopting a rectangular tail-light design with contrasting oval exhausts. The new look has already been previewed on Bentley’s forward-looking EXP 9F SUV concept and is expected to first appear on the 2014 Continental Flying Spur.

As for Continental Flying Spur V8’s engine, it’s almost certain to be same unit offered in the Continental GT V-8, meaning 500 horsepower and 487 pound-feet of torque on tap, enabling sub-five-second 0-60 mph runs. Drive will be sent to all four wheels through an eight-speed automatic transmission with column-mounted paddle shifters.

A top speed of 180 mph will join with mileage figures around the GT's 18/26 mpg, and a range of about 500 miles on a single (large) tank of gas. The gas mileage is enhanced to those levels by a cylinder deactivation feature that lets the car run on just four cylinders in low-load situations.

Other changes to the Flying Spur for its V-8 variant, apart from small aesthetic tweaks to the badges, air dam, grille, and chromework, as well as unique interior options, are likely to be minimal, just as with the Continental GT. The V-8 engine itself is lighter than the W-12, however, so the Flying Spur V8 is likely to be slightly nimbler and sportier-feeling than its counterpart.

For those counting their $10,000 stacks, the V-8-powered Flying Spur should also be a bit less expensive than the W-12 model, though how much less isn't yet known.

Stay tuned for more details and new spy shots as the Flying Spur V8 continues its development, but in the meantime hit this link for a spy video of the prototypes.