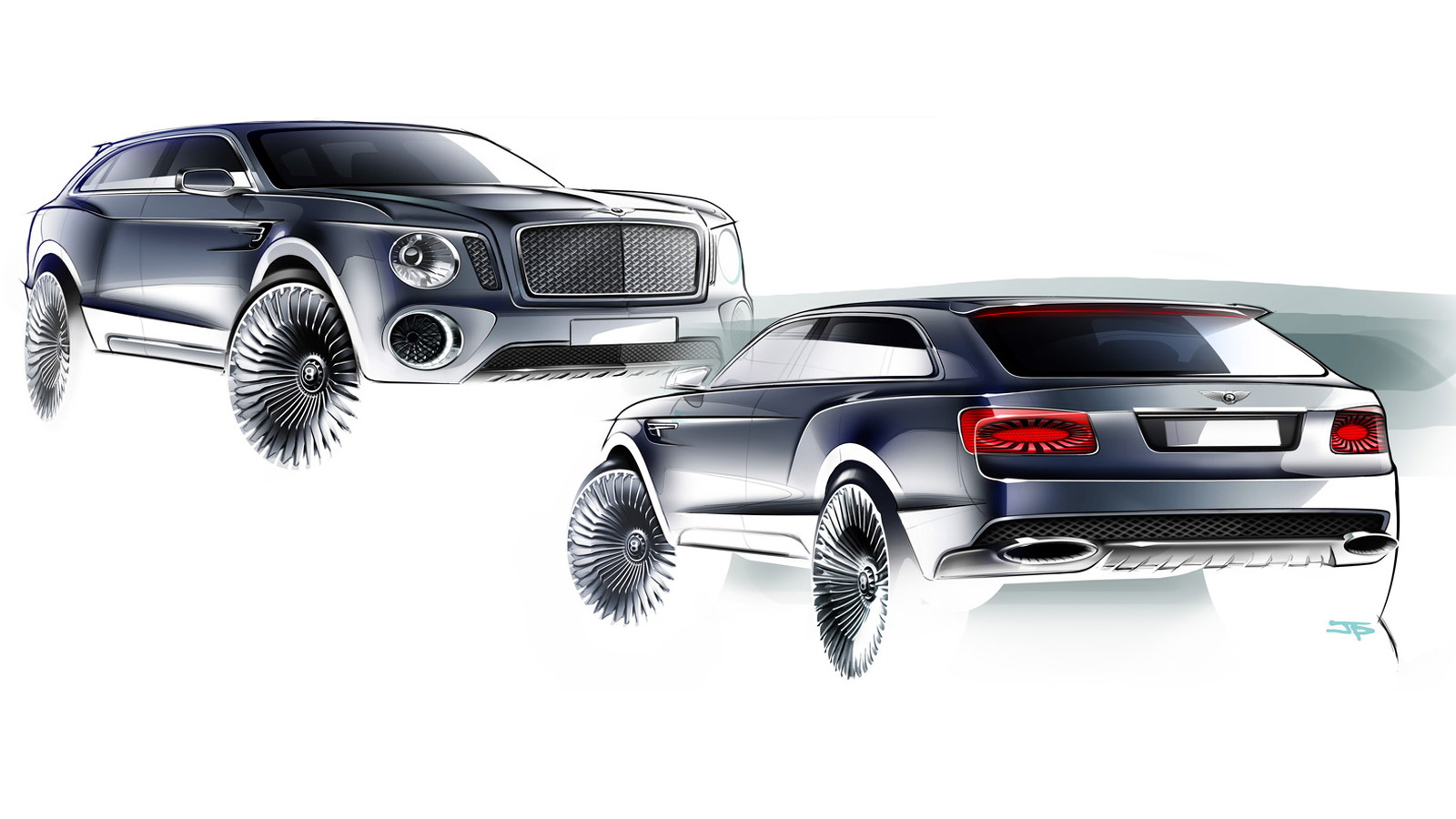 15
photos
The reception to the unveiling of Bentley’s EXP 9 F SUV concept was, to say the least, somewhat polarizing.

However, that was to be expected given that this was not only the historic brand’s first foray into the SUV segment, but that it was also the first time any major automaker has explored building an SUV for customers interested in ultra-luxury.

Bentley is confident of the success of an SUV among its lineup and is close to locking in the final design.

We recently talked to the man charged with penning the look of the future production version, David Hilton, Bentley’s newly-appointed chief of exterior design, and we were able to come away with some important insights into the brand’s future plans.

Hilton explained that what’s most important to Bentley is the customer reaction to the EXP 9 F; whether it’s good for the brand and should it be drastically modified.

“The response [from customers] has been incredibly positive,” Hilton revealed. “They love the presence of the vehicle and the personality it projects.”

Hilton did concede that the styling will be toned down for the production version, though the quad-circle light design would remain. The commanding driving position and general proportions will be staying as well.

As for that rear-end, with its simple rectangle tail-lamps and contrasting oval exhausts, Hilton explained that this is a look that will be appearing on more Bentleys, including one that will be revealed in the near future. Though he couldn’t say what that vehicle was, he did state earlier in the interview that the Continental GT would be redesigned soon.

Looking ahead, Hilton said Bentley will be sticking with a three-line model offensive once the SUV is launched, though there will be variants of each. The big seller will be the SUV, which Bentley is boldly predicting will attain a sales volume of around 15,000 units annually. To put that into perspective, this figure is more than double Bentley’s total sales in 2011.

The key to the rapid growth is emerging markets like China, India and Russia but also the U.S., which still has an insatiable appetitive for SUVs. However, Bentley also expects to see growth through the launch of more powertrain options for customers. We’ve already started to see this with the introduction of a new twin-turbocharged V-8 option in the 2013 Continental GT and GTC.

While smaller and less powerful than the current W-12 engines, Bentley’s new V-8 is also considerably lighter. We will be seeing it in more models in the future, with Bentley positioning the V-8 as the sporting option while targeting the W-12 at the prestige end of the market. Bentley boss Wolfgang Dürheimer has also hinted at plug-in hybrid technology being an option, and announced that it was being considered for the upcoming SUV.

As for the styling for all these vehicles, you can rest assured that they will remain big and elegantly styled.

“We will continue to hint at the past while remaining modern,” Hilton explained. “And there are no plans to build a smaller Bentley.”