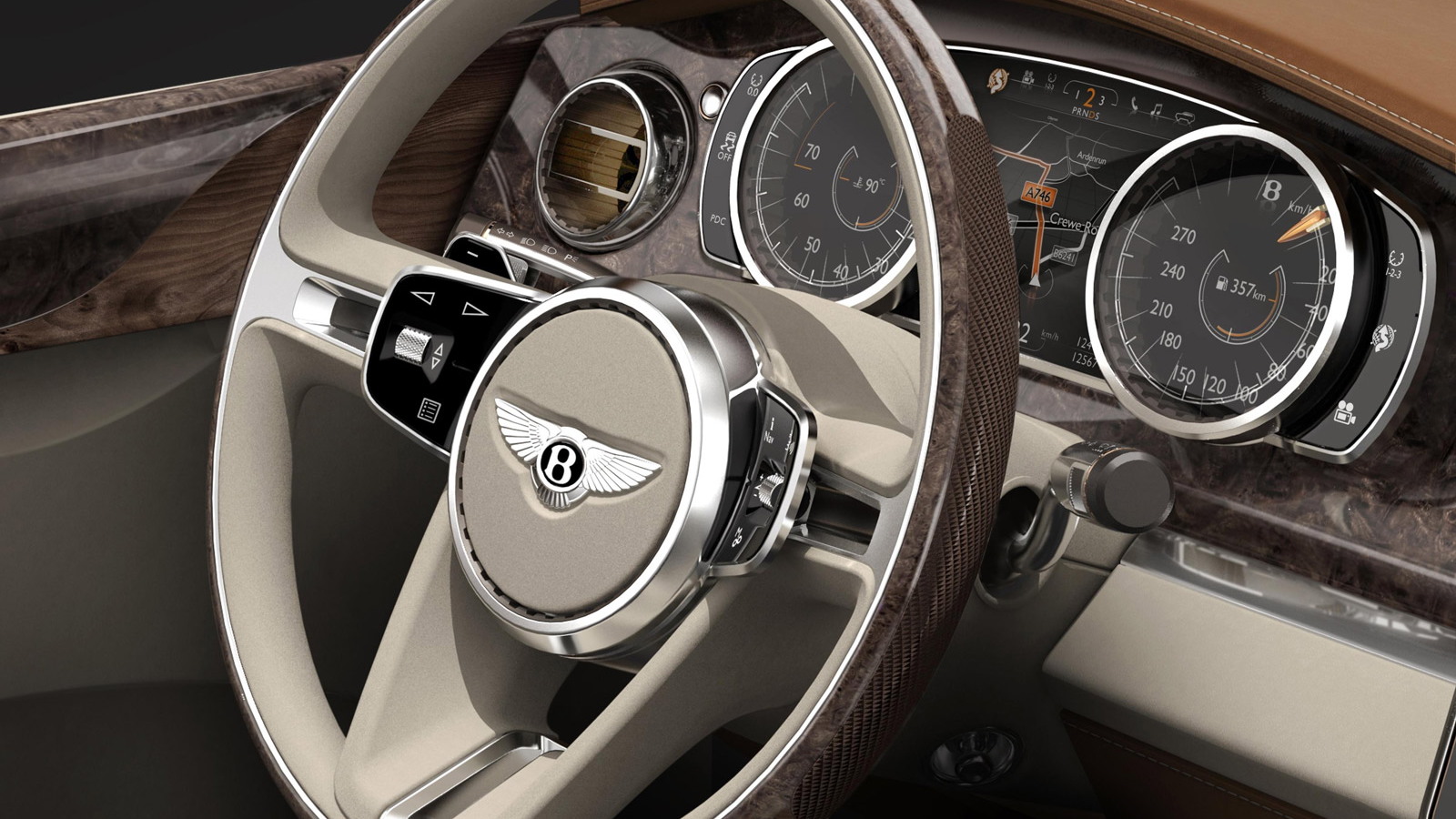 21
photos
Bentley’s polarizing SUV concept, the EXP 9 F, has made its debut in front of audiences in one of its primary intended markets, China, and we now have some tentative new details about the future production version’s powertrain lineup.

Unmistakably a Bentley--yet a Bentley like none before it--the EXP 9 F in production trim is expected to herald several firsts for the luxury automaker from Crewe when it’s finally launched in the next year or two.

At the 2012 Beijing Auto Show earlier today Bentley confirmed that several powertrain options are being considered for the SUV, including its lightweight 4.0-liter V-8 for a sporty model, the 6.0-liter W-12 for the range-topper and potentially even a plug-in hybrid setup for eco-conscious buyers.

While the first two options are familiar and somewhat likely to appear in a production version of the EXP 9 F, the announcement of a potential plug-in hybrid system is the first time that Bentley has officially acknowledged that it is investigating the use of advanced green technology. CEO Wolfgang Dürheimer has dropped numerous hints in the recent past, stating that Bentley is waiting on the development of next-generation hybrid technologies as the current solutions available in the Volkswagen Group parts bin have been found to be unsuitable for its needs.

Some specific details about the plug-in hybrid system were mentioned, including that it will be based around a V-6 engine, offer an electric-only driving range of 18 miles and 0-60 mph acceleration in less than 5 seconds. As Dürheimer puts it, a Bentley SUV would still offer the “thunderous performance for which the marque is renowned.”

Bentley will base a production decision on the feedback received from various international auto show appearances. While an SUV may represent a dramatic break from tradition at Bentley, if its customers demand all-terrain capability, Bentley is happy to address their needs.