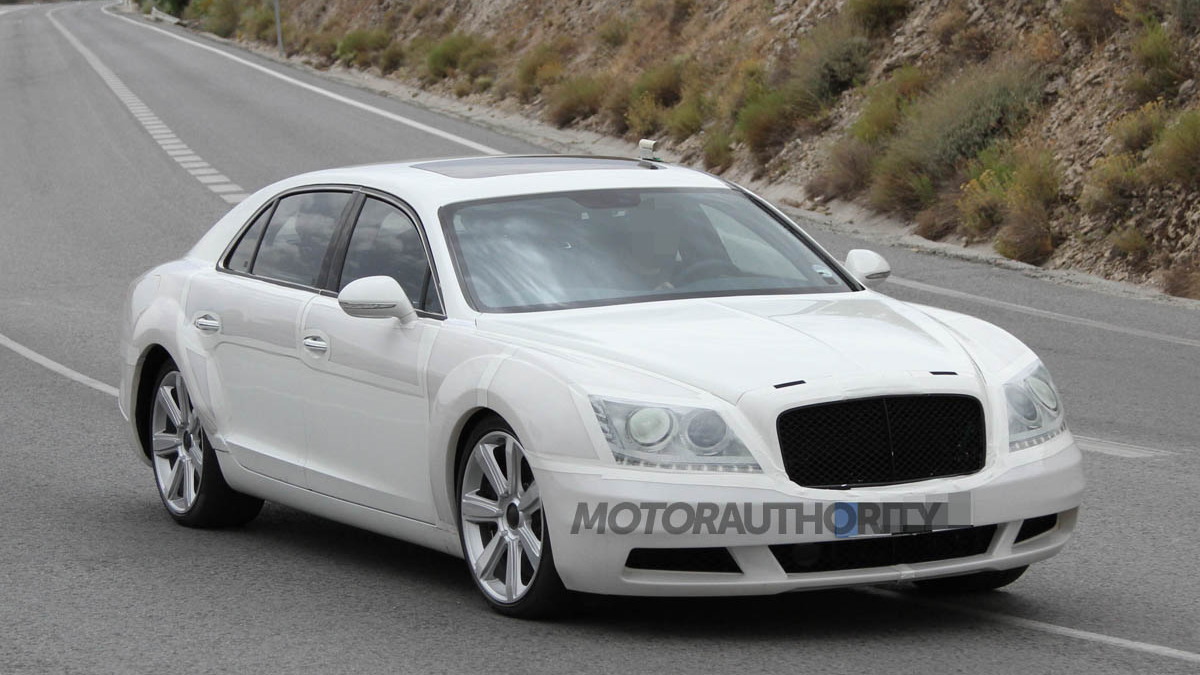 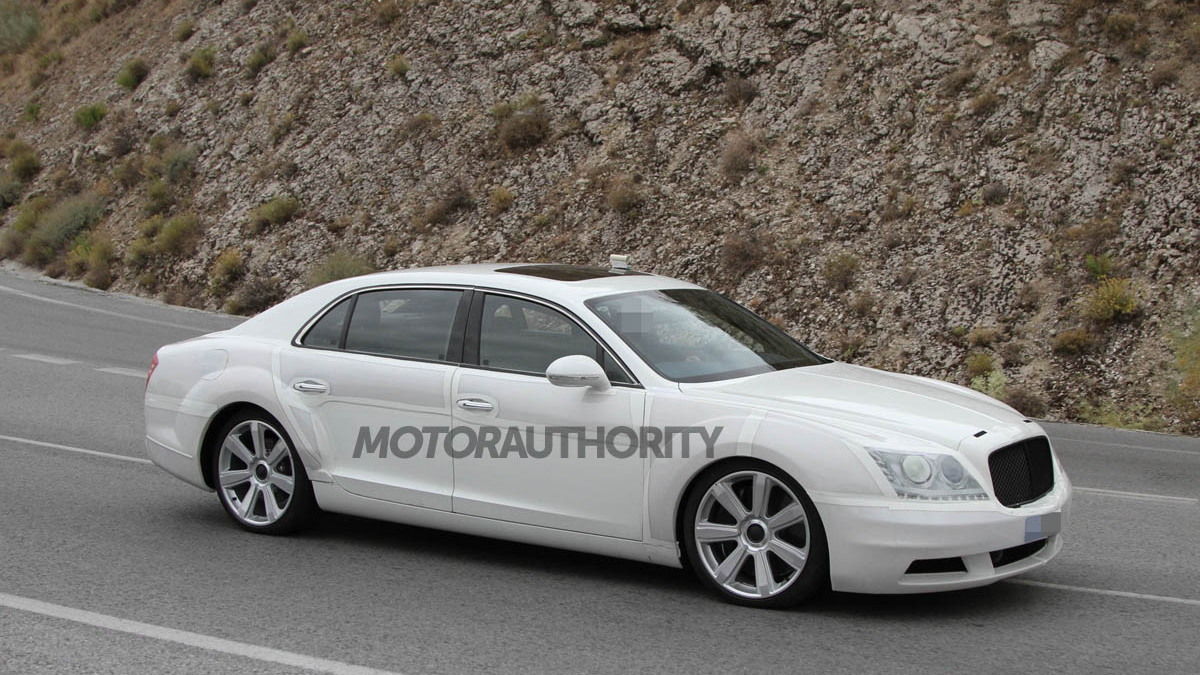 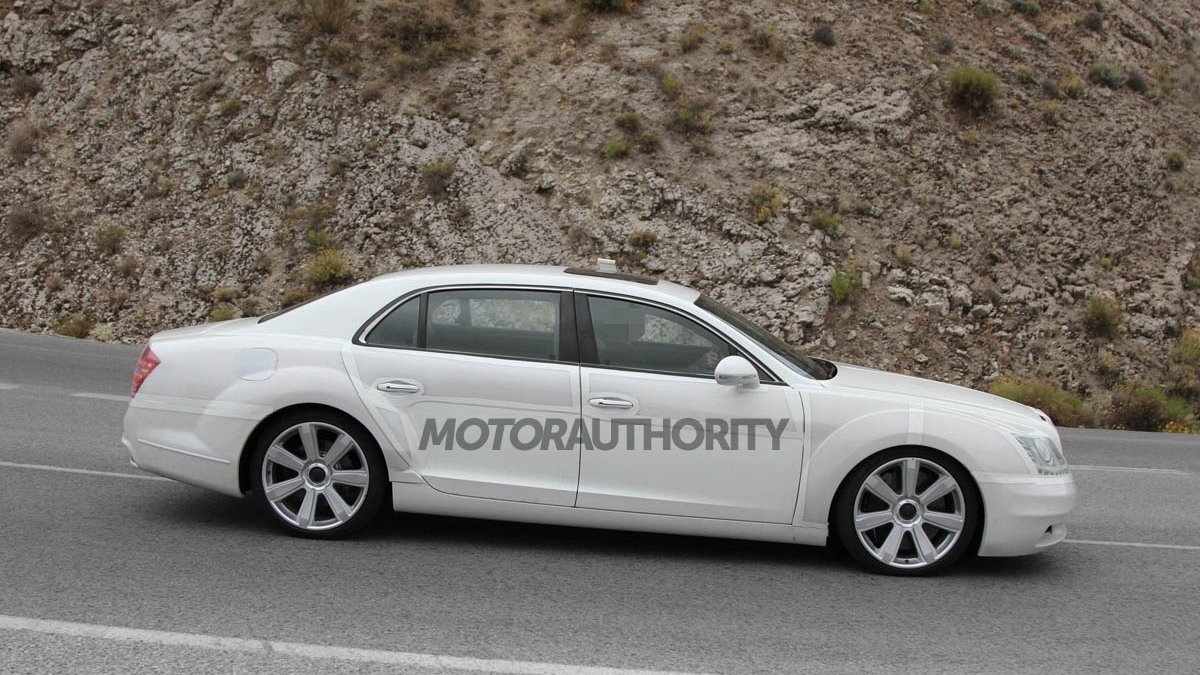 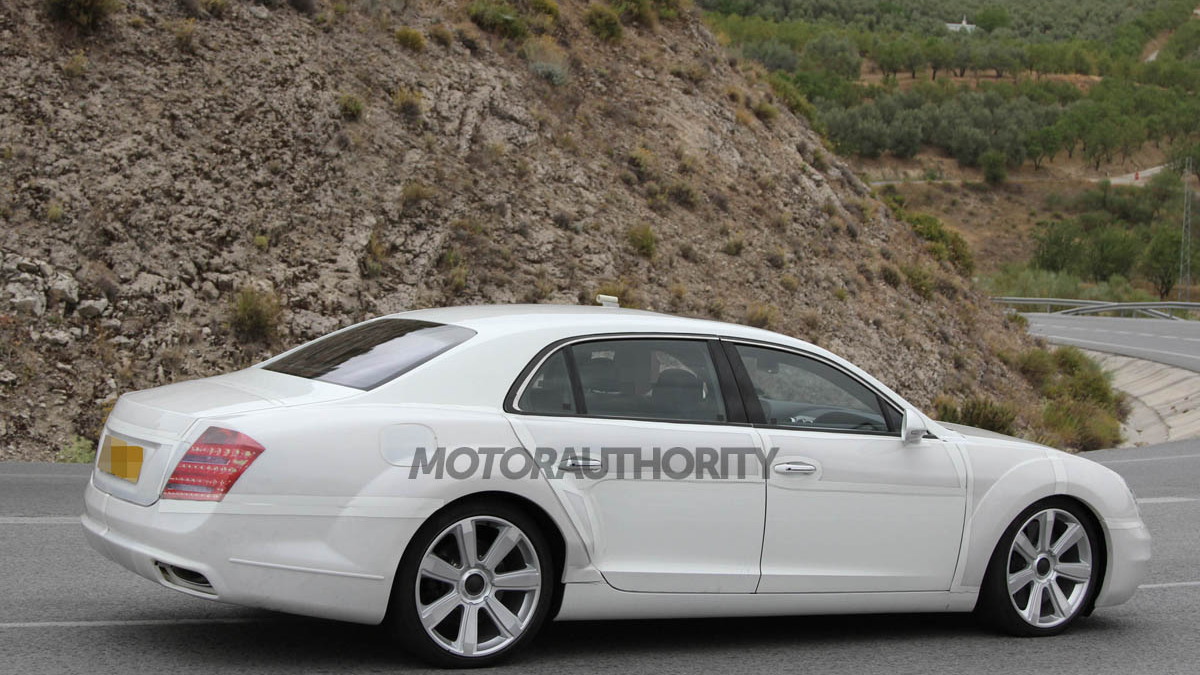 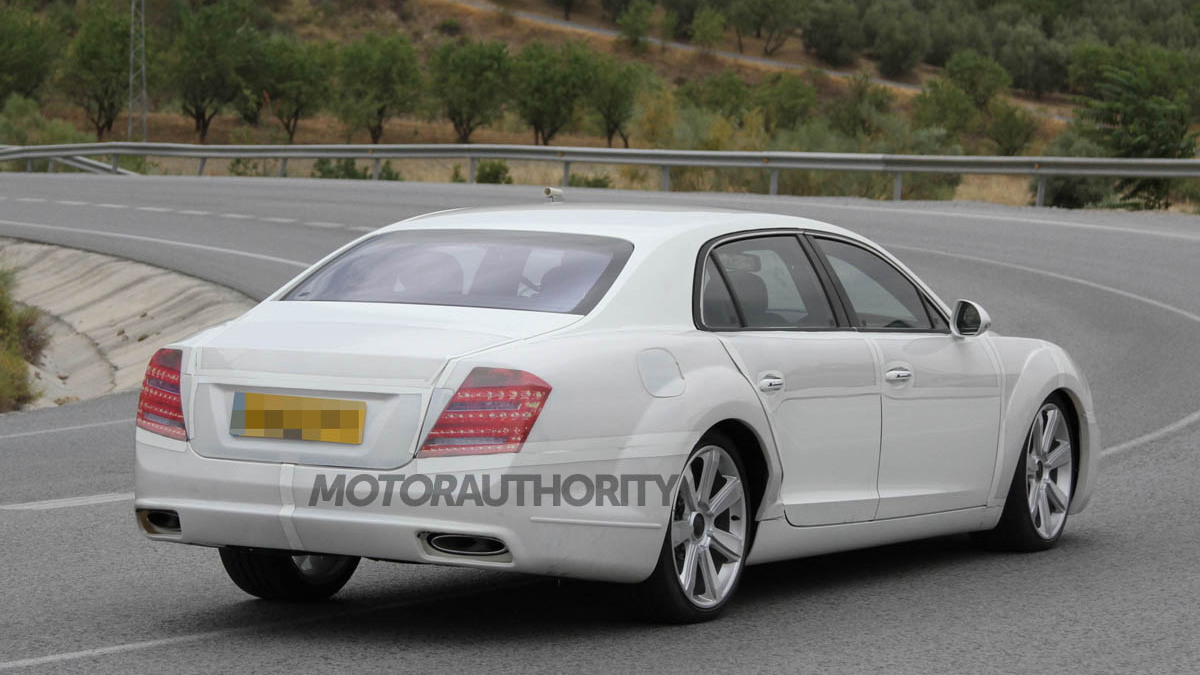 14
photos
While the V-8 version of the updated Continental Flying Spur has already been spied, these are the first images captured of the full-on W-12-powered model, disguised somewhat to look like a Mercedes-Benz S Class, but clearly wearing Bentley sheet metal beneath.

Spotted in hot-weather testing in southern Europe this week, the new Continental Flying Spur is expected to arrive sometime in 2013.

While the look of the car pictured is dramatically different from the current Flying Spur, once you remove the S Class fenders and lights from the disguise, it's much more familiar--and much less different--from the current model. In fact, the overall visual changes are expected to be minor, consisting mostly of tweaks to the badges, front end, chromework, and interior, though the door handles do appear to be relocated, along with a slight change to the window line, so perhaps the changes are deep enough to justify Bentley's expected announcement of the updated Flying Spur as an entirely new model.

The interior, as seen below, is almost completely disguised, hinting that the dashboard, at least will get a general redesign for the next version of the Flying Spur. 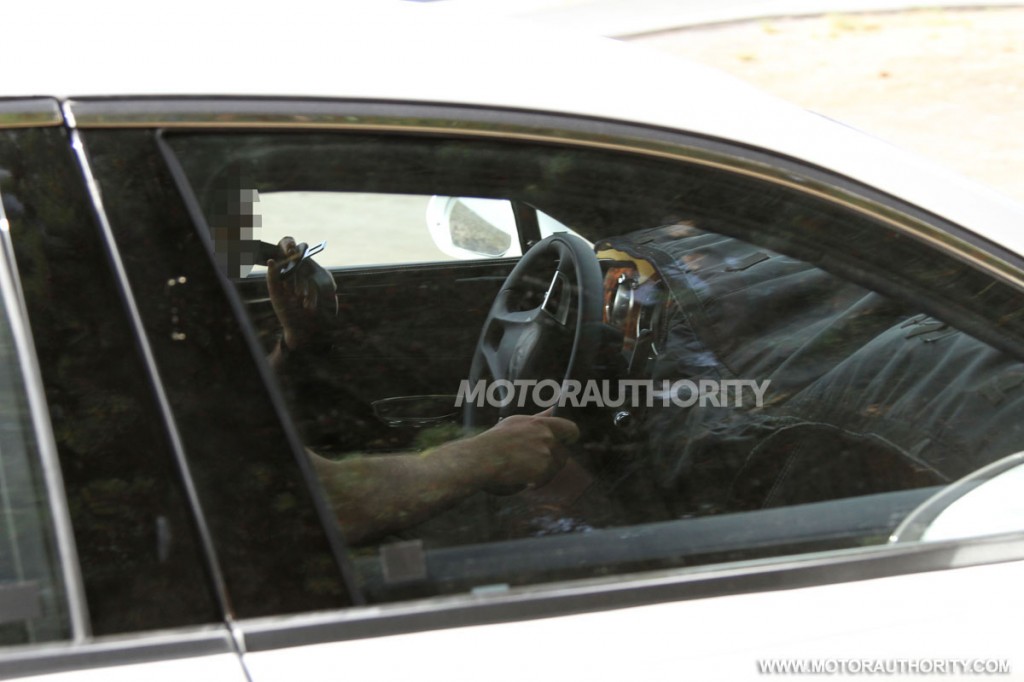 The changes are expected to be minor under the skin as well, with the familiar W-12 joining the V-8 of the model previously spotted. The W-12 engine won't likely see any change in its output, meaning a continuation of the 552-horsepower, 6.0-liter ratings, along with a top speed of around 194 mph and 0-60 mph times of about 4.9 seconds.

We'll keep you posted as the next Continental Flying Spur continues development, so stay tuned for more details.