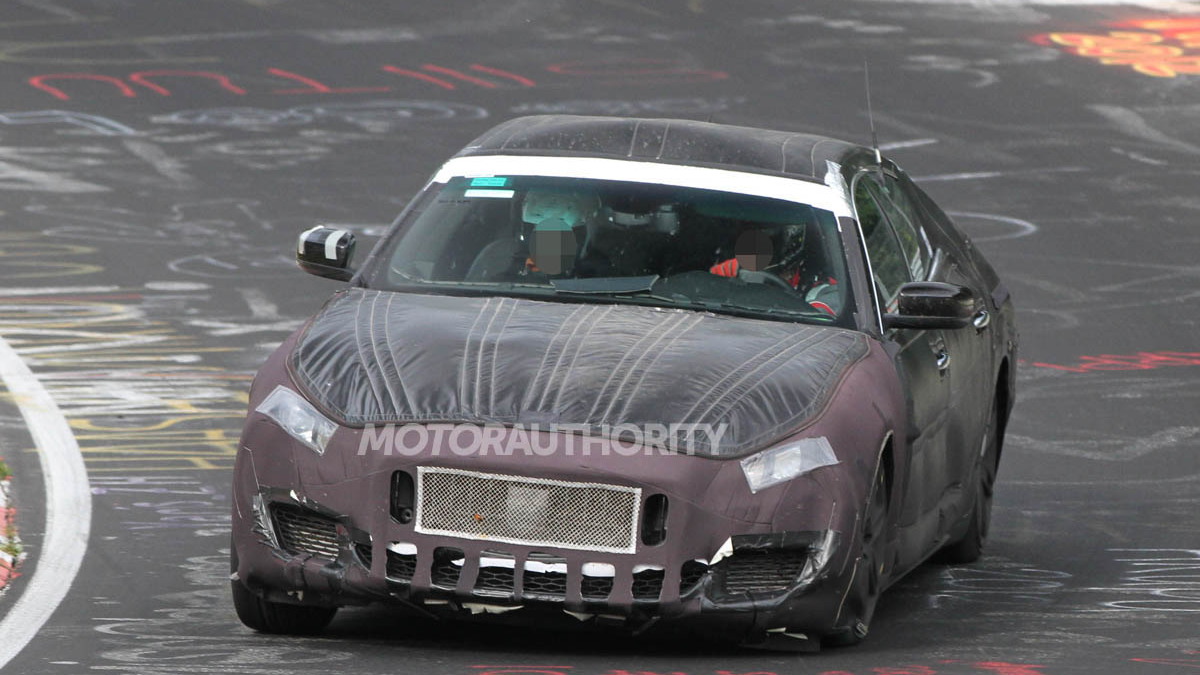 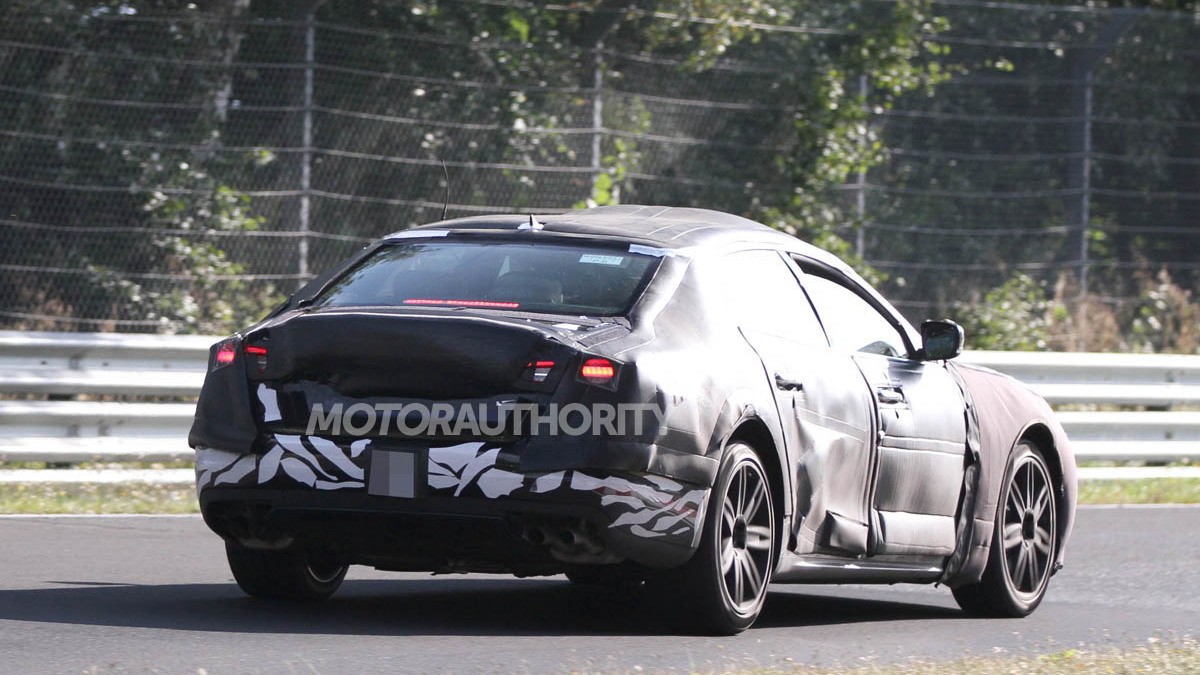 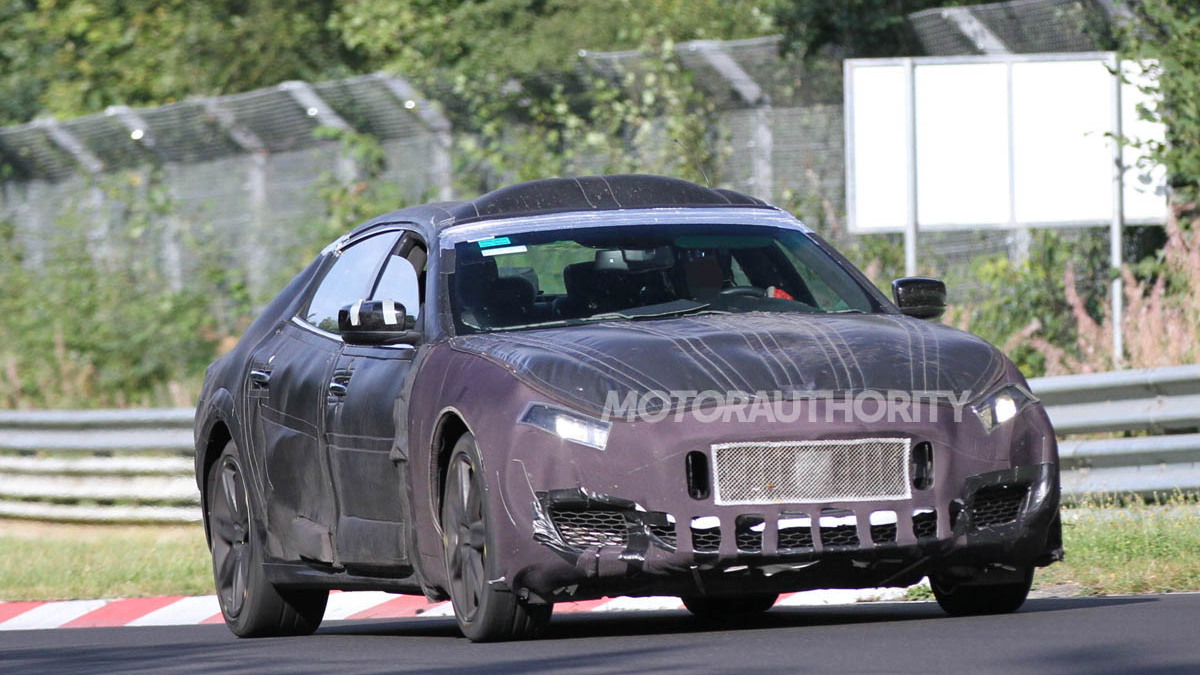 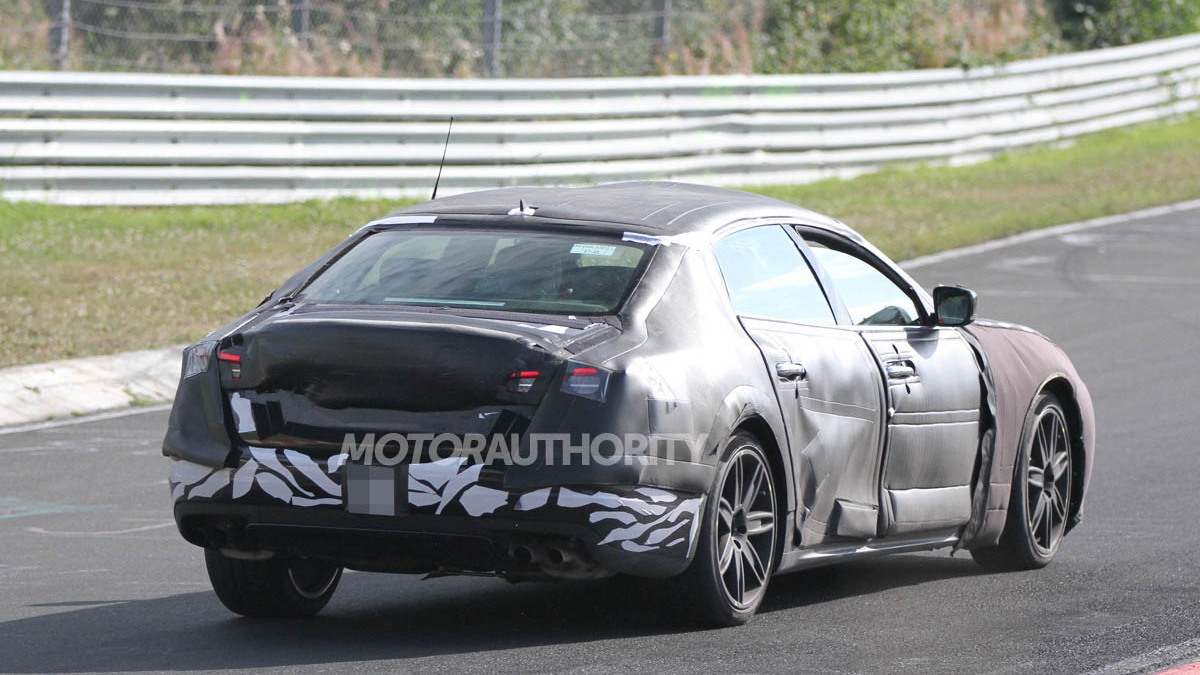 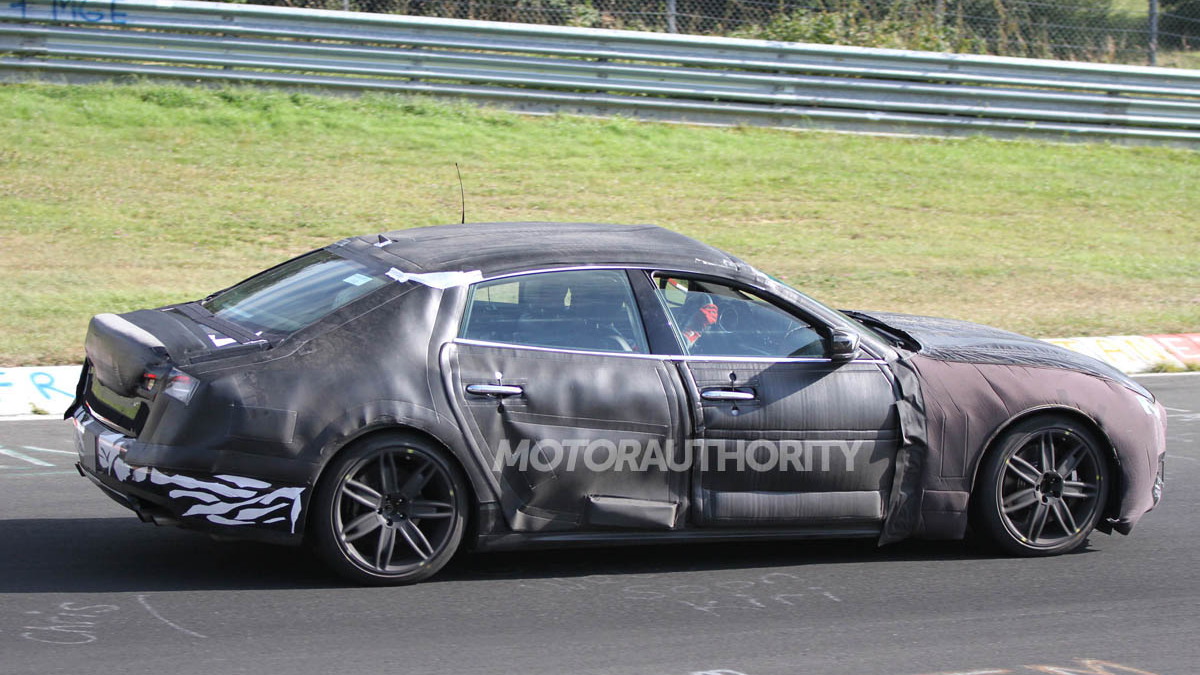 33
photos
UPDATE: The 2014 Maserati Quattroporte has been revealed. Click here for all the photos and details.

In just a few short years Maserati’s lineup will spawn two brand new models, a sporty sedan similar in size to the BMW 5-Series and a luxurious SUV previewed by the latest Kubang concept car and based on Jeep Grand Cherokee running gear.

However, the automaker’s current lineup is also due to be updated, with a brand new Quattroporte set to be launched in time for the 2014 model year. We now have new spy shots of a heavily masked prototype for this next-generation Quattroporte.

Much of the cladding on the prototype is used to disguise its true shape, though the latest images show the car has shed its strange Panamera-esque hump at the rear. The latest shots reveal a shape that's more akin to the Jaguar XJ, and is dominated by a wide front-end sitting very low and contrasted by short overhangs at the rear.

Parts of the grille and rear tail-lamps can also be seen for the first time, revealing a design that's very similar to what we saw on last year's Kubang. Note, this particular test vehicle has been fitted with many of the new Quattroporte’s interior components, including what appears to be large infotainment screen positioned at the top of the center console.


In line with previous reports, Maserati is thought to be developing a new rear-wheel drive platform that will spawn the new Quattroporte as well as the smaller sedan, and even the next-generation GranTurismo. According to insider information, the new platform will make extensive use of lightweight aluminum and be capable of implementing a hybrid system Maserati is likely to borrow from Ferrari. Also borrowed from Ferrari will be the FF supercar’s complex all-wheel drive system, which is expected to feature as an option on both the new Quattroporte and smaller sedan.

As for the engine offerings in Maserati's new lineup, Ferrari is expected to remain the official supplier but instead of a sole V-8 there's a report suggesting that a supercharged V-6 as well as a downsized twin-turbocharged V-8 are expected to feature. Ferrari's decision to build more engines for other companies, even if only fellow Fiat Group brands, is part of its overall strategy to grow its business without building more cars and diluting its exclusivity. The plan is said to be one of the wishes of Fiat CEO Sergio Marchionne.

Look for the new 2014 Maserati Quattroporte to surface around the end of the year, possibly at the 2013 Detroit Auto Show next January, followed by the smaller sedan and new SUV a year later.