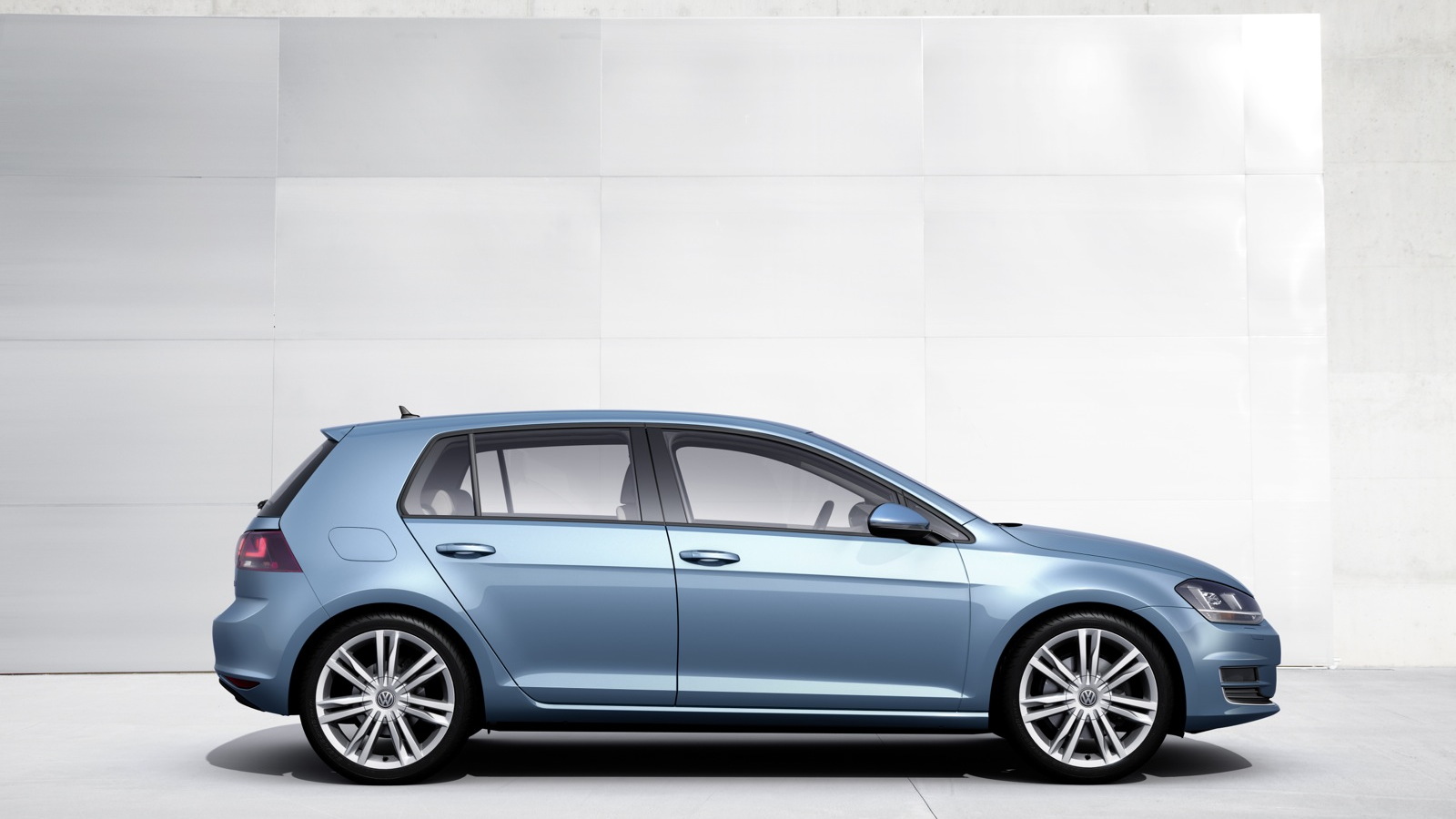 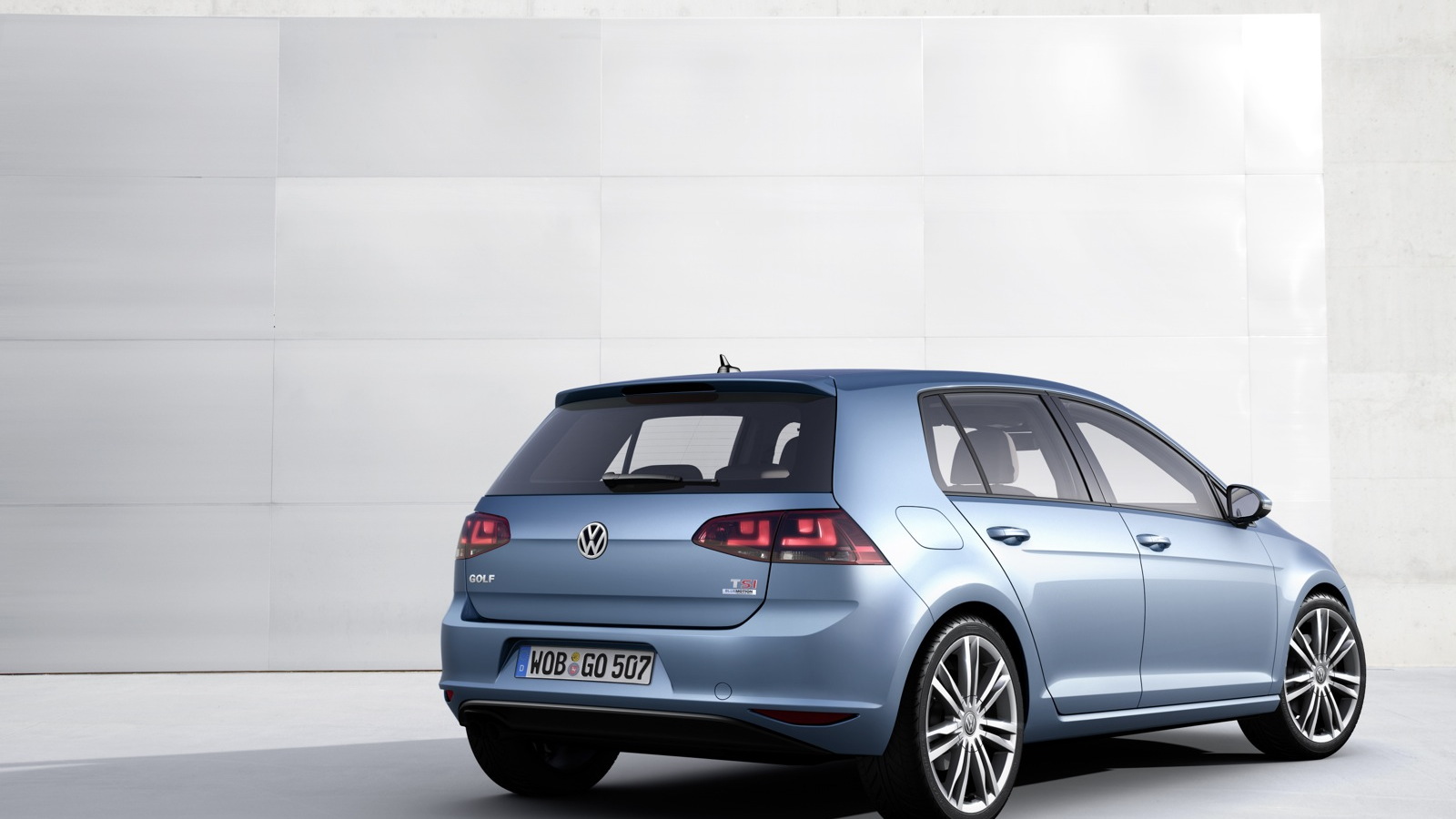 15
photos
Volkswagen won’t show off its latest generation of Golf hatchback to the general public until the upcoming Paris Auto Show, but the German automaker chose to release images and details of the upcoming car at a special event in Berlin.

If you were expecting big changes in exterior styling, you’ll likely be disappointed. The new car is lower and longer than the outgoing model, with a wider track than the Mark 6, but you’d need to see the two cars side by side to get a good impression of the differences.

We see narrower headlights, a slightly-thinner C-pillar, more of a plunge in the rear roofline and a pronounced character line atop the door. Overall, the Mark 7 Golf wears a few more curves and a few less angles, too, giving it a more contemporary shape.

The real news lies in what you can’t see. The 2014 Golf is built using Volkswagen’s new MQB modular platform, and the net result (in addition to a lower cost of assembly) is greater interior volume, combined with weight savings of up to 220 pounds.

Even components were carefully examined to save weight: the new air conditioning system is six pounds lighter, while the seats weigh 15 pounds less. The body shell shaves an impressive 51 pounds off the car’s weight, thanks to extensive use of high-strength steels in its construction.

Inside, the changes are subtle but distinctive as well. Rear passengers get 0.6 inches more legroom, while both front and rear passengers enjoy another 1.2 inches of shoulder room.

There’s a new infotainment system with a five-inch touchscreen (eight inch on navigation equipped models) and piano black trim on the center stack, instruments and switchgear. Certain themes (like the metallic accents around vents and instruments) carry over from the Mark 6, which isn’t a bad thing.

The steering wheel appears to be new, trimmed with more piano black and chrome than on previous versions, and also equipped with a flattened bottom for easier heel-toe driving (not that this is a selling point on base model Golfs). The dash wears a slightly different shape, and controls are now angled towards the driver for a more intuitive feel.

As for engines, look for the Golf to debut several new options, including a turbocharged 1.4-liter four-cylinder engine with cylinder deactivation for fuel economy of up to 49 mpg combined in European Cycle testing.

Overseas, the Golf will initially offer turbocharged 1.2 and 1.4-liter four-cylinder gasoline engines with outputs ranging from about 85 to 138 horsepower. A pair of turbodiesel units displacing 1.6 and 2.0 liters, respectively, will also be available, with their outputs ranging from 103 to 148 horsepower. Of course, there are a lot more variants in the pipeline, including an all-electric model, GTD high-performance diesel and new versions of the sporty GTI and Golf R models.