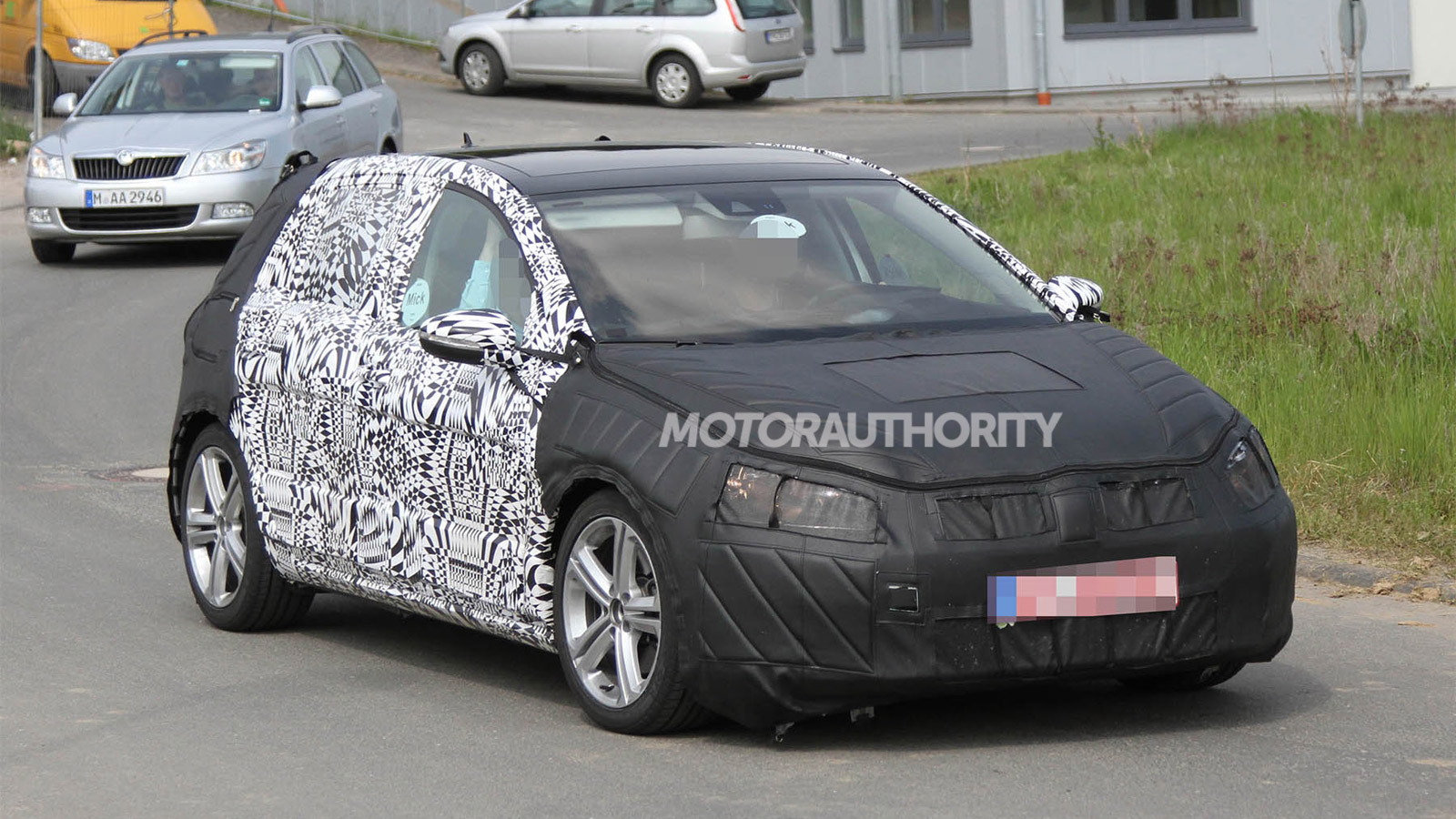 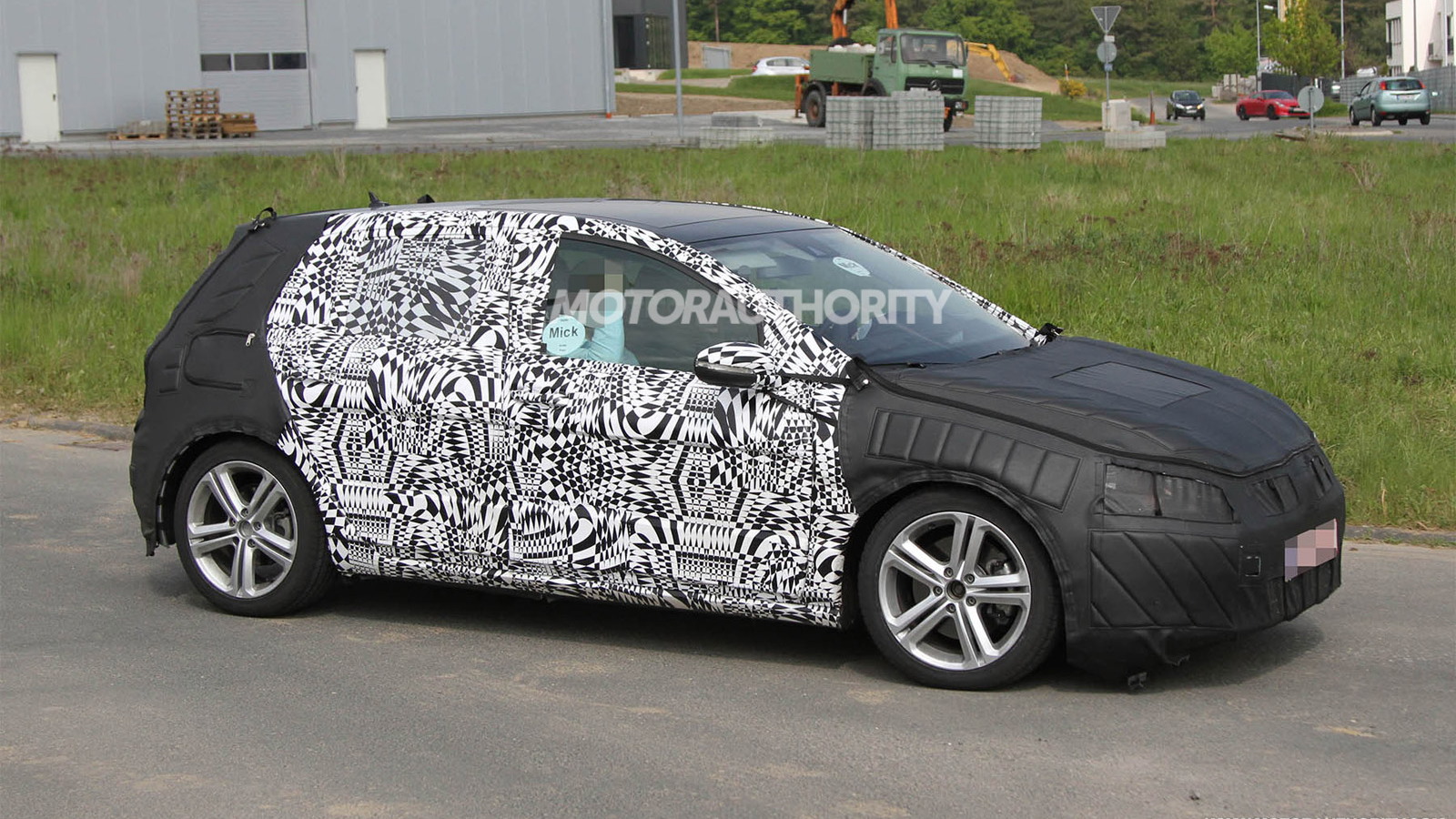 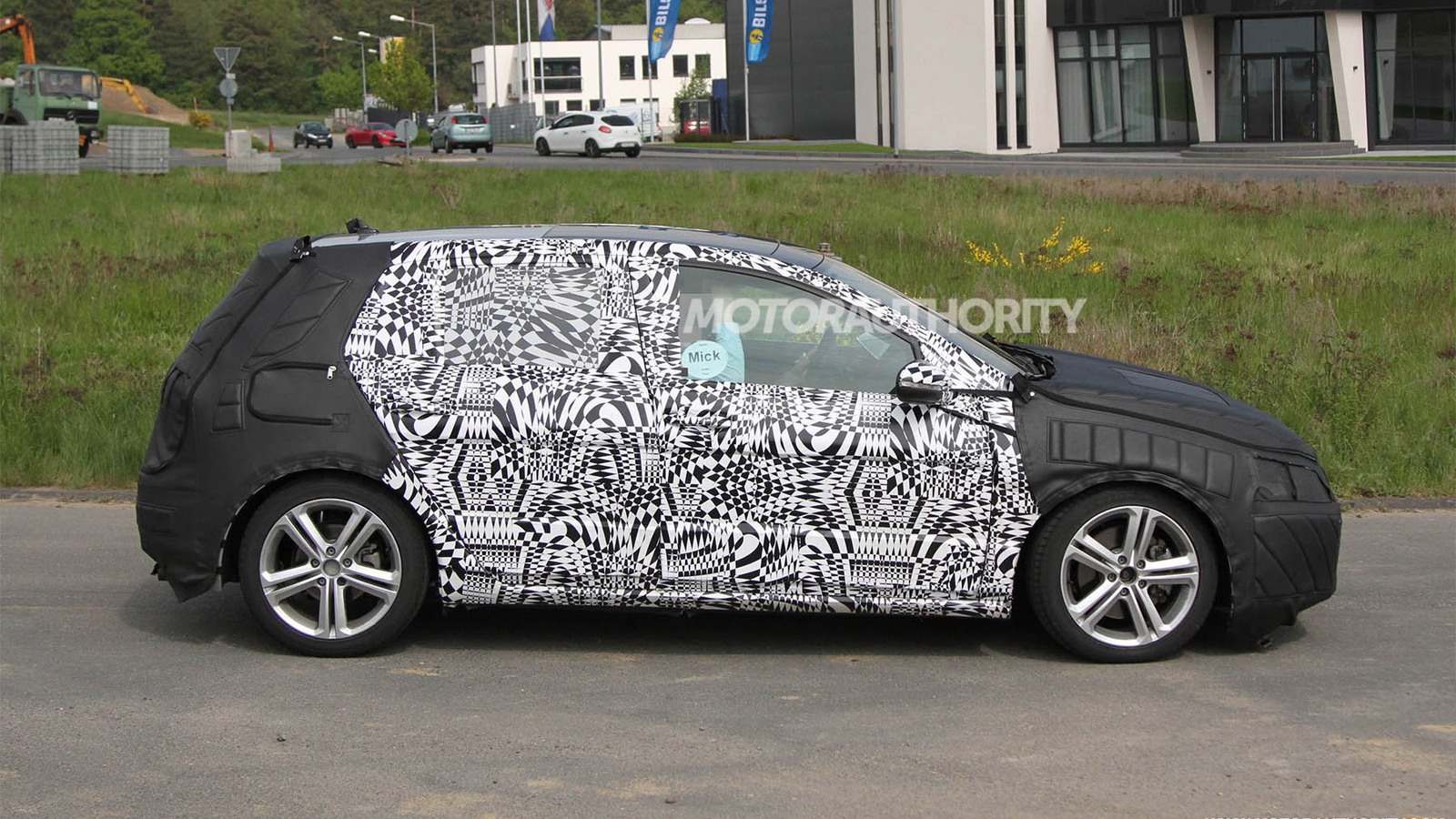 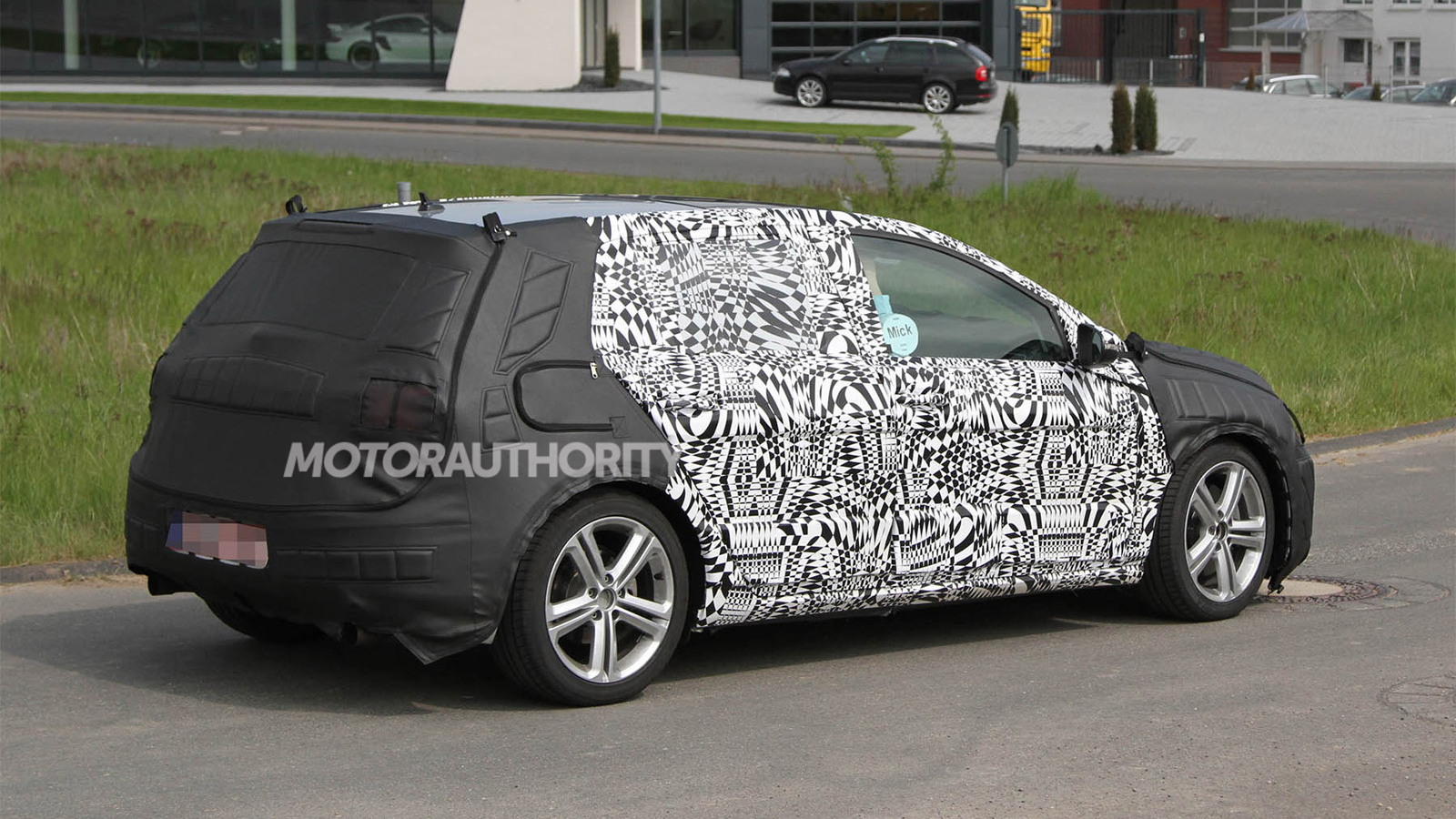 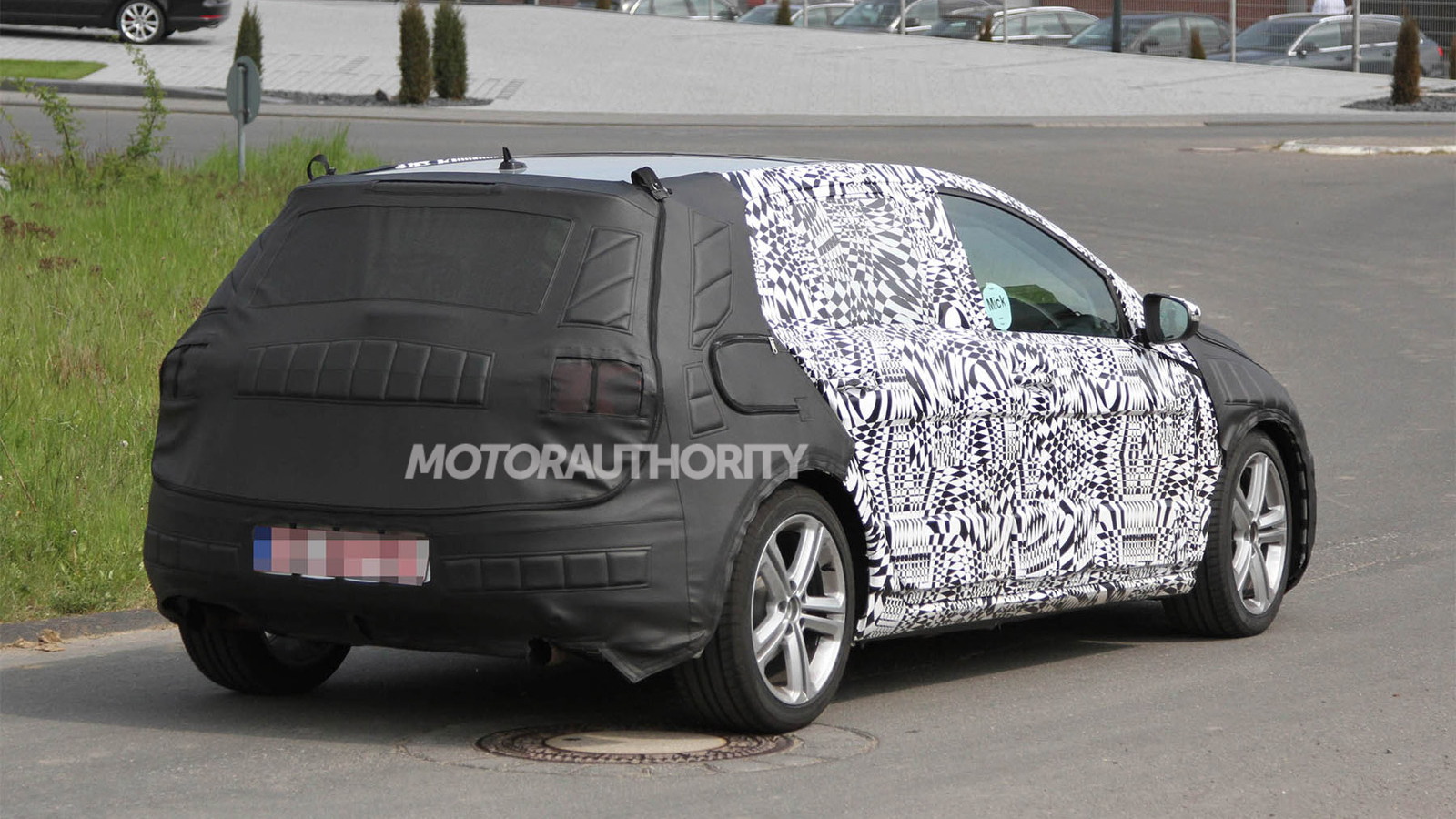 8
photos
One of the most important debuts at this September’s 2012 Paris Auto Show will be the new MkVII Volkswagen Golf, a prototype of which recently took to Germany’s Nürburgring for some high-speed testing.

Our exclusive spy video shows the prototype as it is leaving one of Volkswagen’s Nürburgring test facilities and then later as it circles the famous race track at considerable speed.

Though heavily masked, we can clearly see that the design of the new Golf, which should arrive in showrooms early next year as a 2014 model, features styling inspired by the lines of the Italdesign GO! and Tex design concepts unveiled at the 2011 Geneva Motor Show. 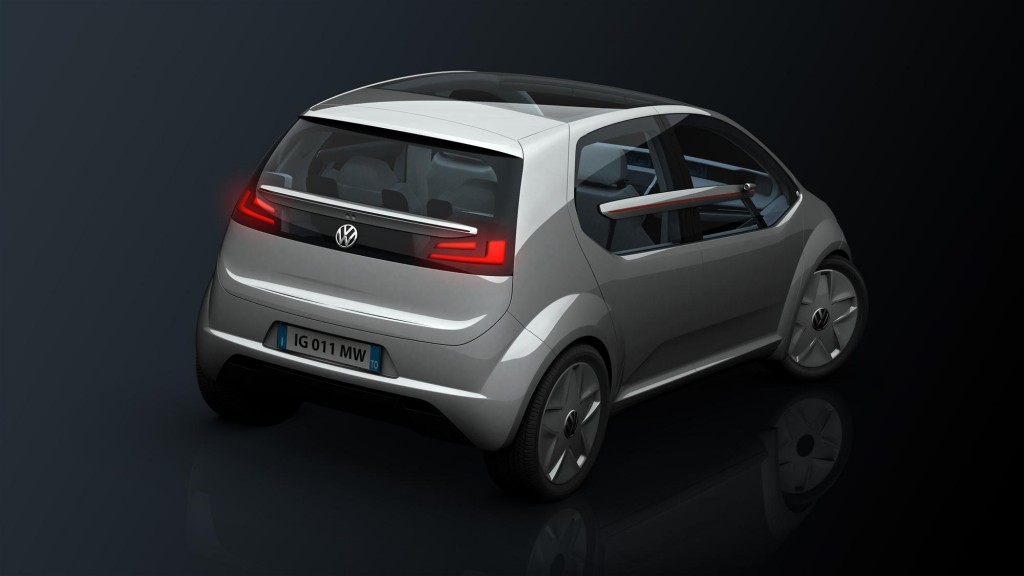 In particular, the prototype in the video appears to have a very upright tailgate and large glass area, which is very similar to the design seen on the GO! concept car as well as on the up! minicar sold overseas.

It also appears to have a wider and more hunkered-down stance than the current MkVI model.

You may be wondering why Volkswagen is introducing a new Golf when the current model has only been around for a few years. The reason behind the short life-cycle planned for the outgoing MkVI is simple--the car essentially rides on a warmed-over MkV platform.

The new MkVII Golf will feature a clear emphasis on environmental cleanliness, a theme that will carry throughout the Golf lineup. Its platform, known internally as the MQB (Modular Querbaukaste--denoting small to mid-sized family cars with transverse engines), is a major turning point for the Golf and several other Volkswagen Group models including the latest Audi A3. 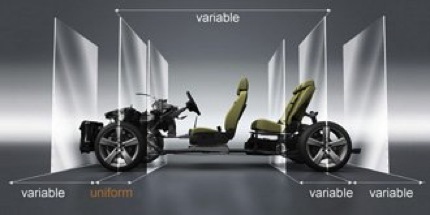 The new platform has allowed engineers to implement a much broader range of drivetrains, hinting at the possibility of alternative fuels playing a role in the next Golf.

You may recall that Volkswagen is already conducting trials of an electric Golf, which is also scheduled to go on sale sometime in 2013.

In addition to the all-electric model, expect a range of four-cylinder gasoline and turbodiesel units, and possibly some three-cylinder units, although the latter is unlikely to be offered in the U.S. A plug-in hybrid is also expected at some future point.

Production of the new MkVII Golf kicks off in August, with first sales to begin early next year. A high-performance GTI model with as much as 260 horsepower on tap is due shortly after.