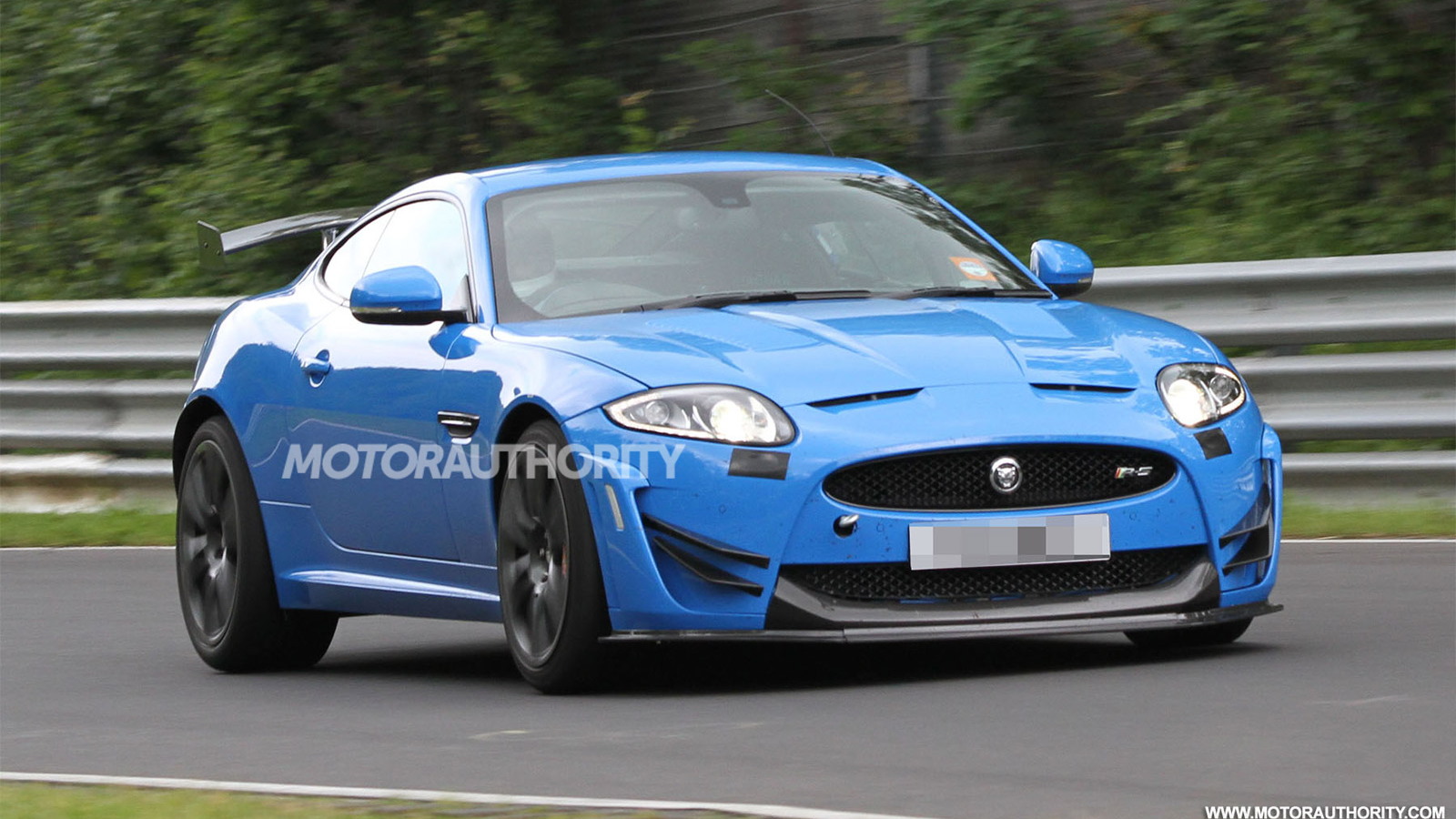 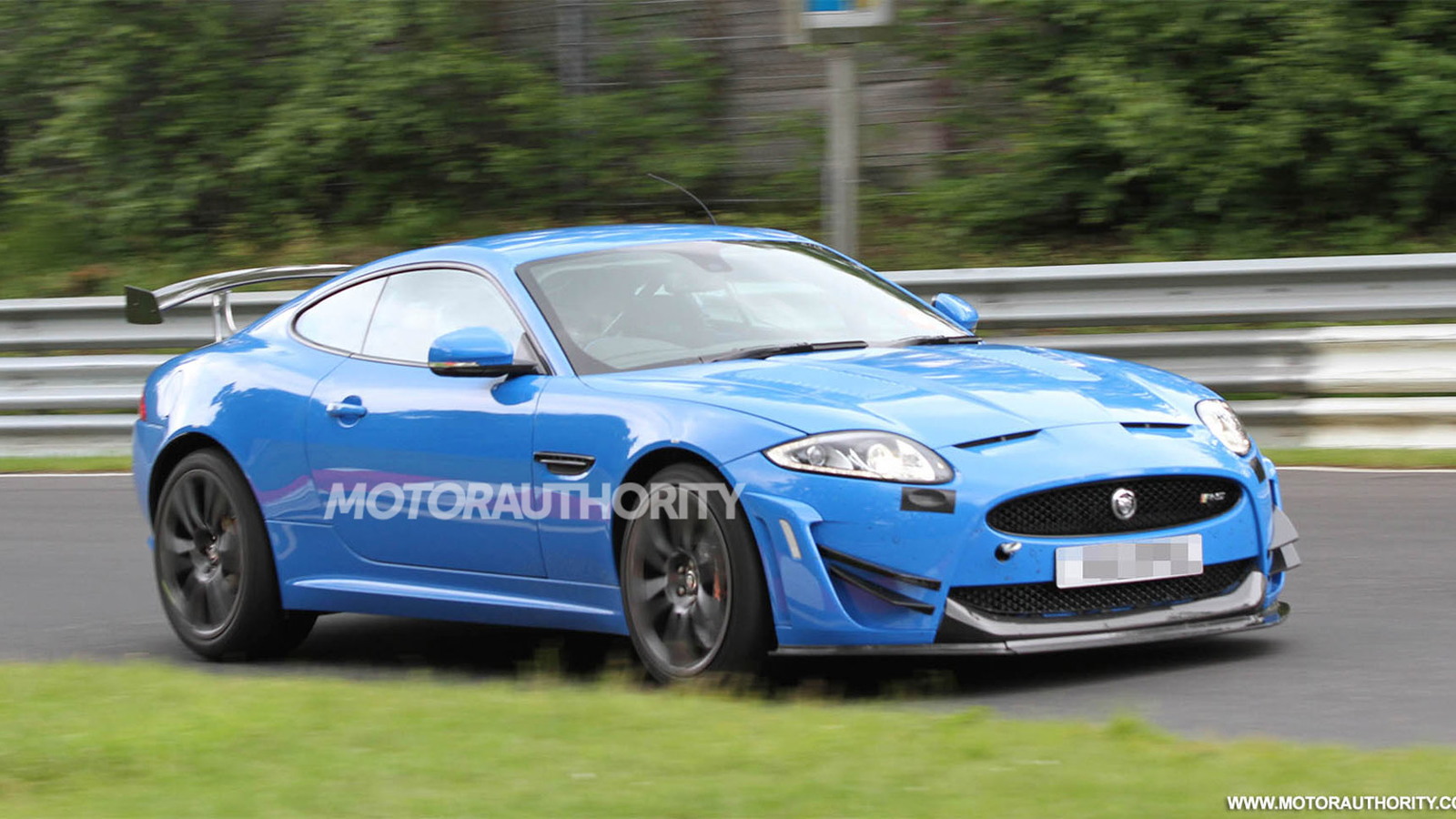 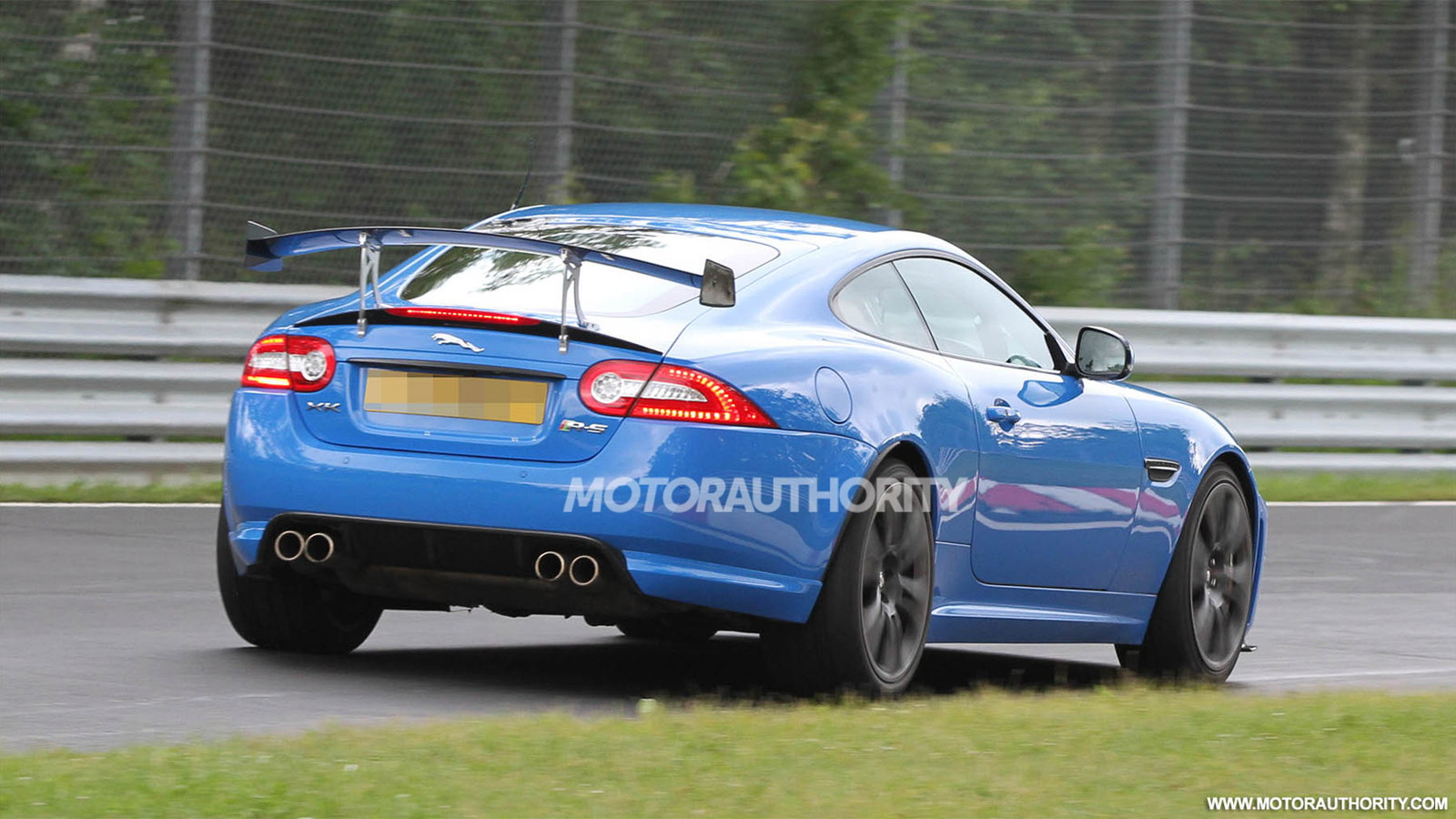 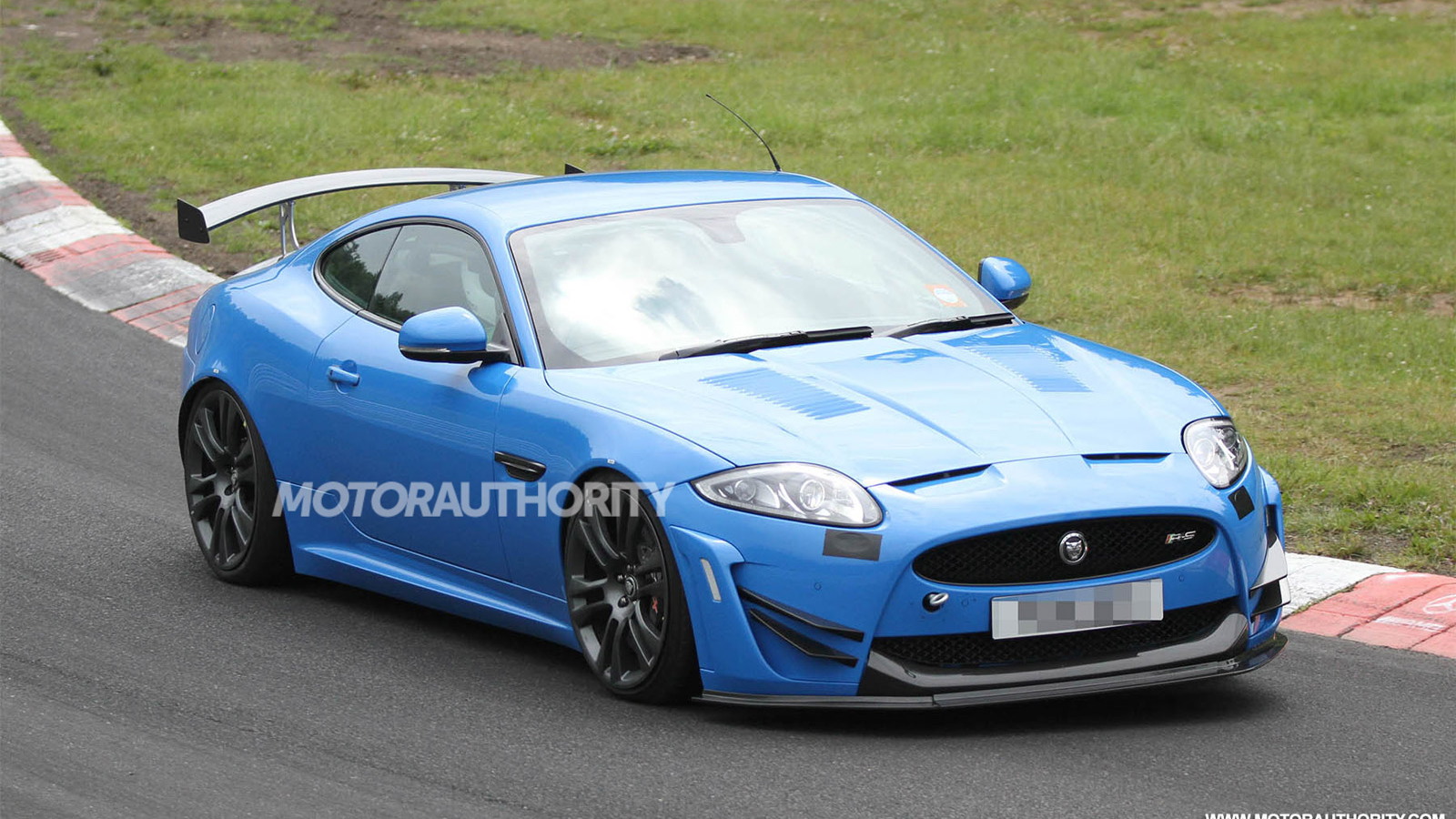 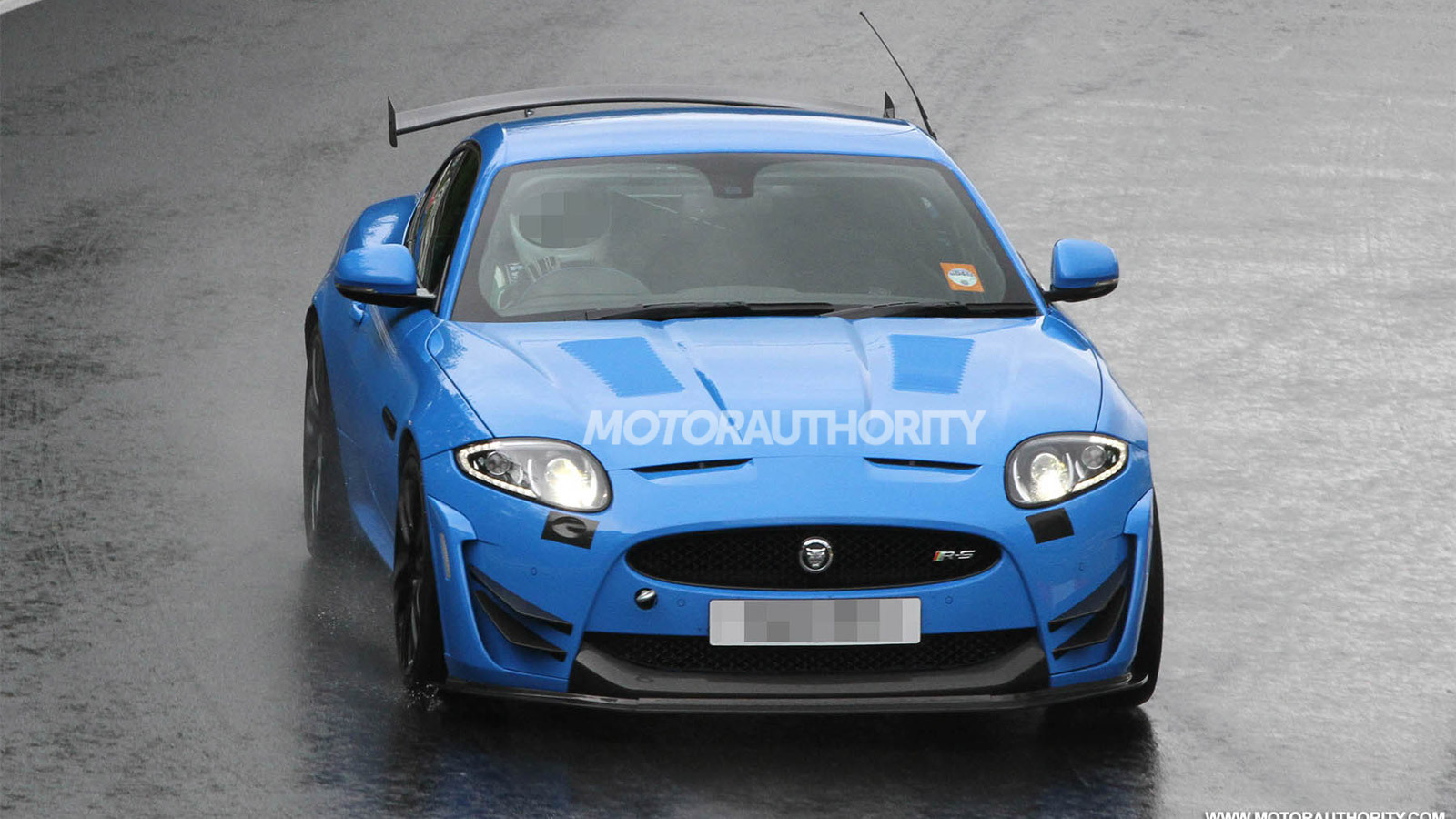 12
photos
To most, the 550-horsepower Jaguar XKR-S is about as hardcore as you’d ever want a Jaguar to be.

However, for buyers that like to take their cars to the track, race them, and then drive them home again, even the XKR-S may not be focused enough.

This has led management at Jaguar to develop a new track-focused version, which would compete against the likes of the BMW M3 GTS, Mercedes C63 AMG Coupe Black Series and the Porsche 911 GT3 RS.

Essentially race cars converted for road-use, these track-focused models are stripped of any amenities that may make life more comfortable. They are then treated to some serious performance modifications, including increased power, stiffer suspension, and much more aggressive aerodynamic designs.

Reports of Jaguar’s new track-focused XKR-S first surfaced in February and a now a prototype for the car has been spotted at Germany’s Nürburgring circuit. Clear signs that this isn’t just an ordinary XKR-S are the canards attached to the prototype's front bumper, full roll cage fitted in the cabin, and oversized rear wing.

The interior has likely been stripped of its seats and fitted instead with a pair of racing buckets with six-point harnesses, as well as the roll cage. New, easy-to-read gauges and a fire-suppression system are also likely to have been installed.

No word on power outputs but it’s likely engineers will focus on reducing weight rather than increasing the output of the XKR-S’ supercharged 5.0-liter V-8 beyond its current 550 horsepower and 502 pound-feet of torque. Hopefully a conventional manual transmission will be offered, though it’s likely an uprated six-speed automatic will come standard.

Jaguar has a special division for building bespoke cars, the in-house Engineered To Order (ETO) group, and the team at ETO is likely to be responsible for the new project. Look for the car, either in concept or production trim, at a major international auto show in the near future. Considering Jaguar is only selling 100 examples of its XKR-S, we suspect only a handful of examples of this new track-focused model will be offered.