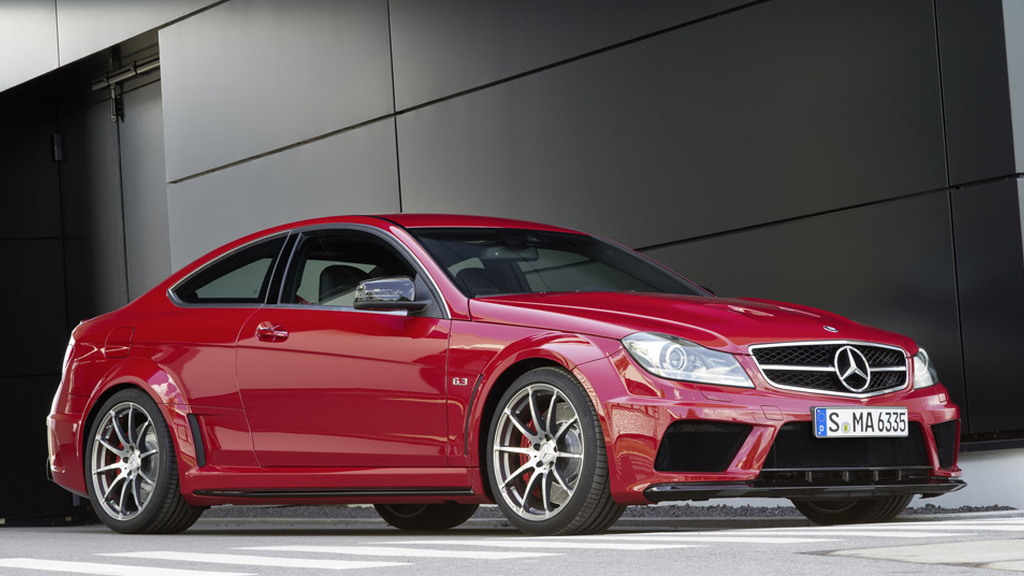 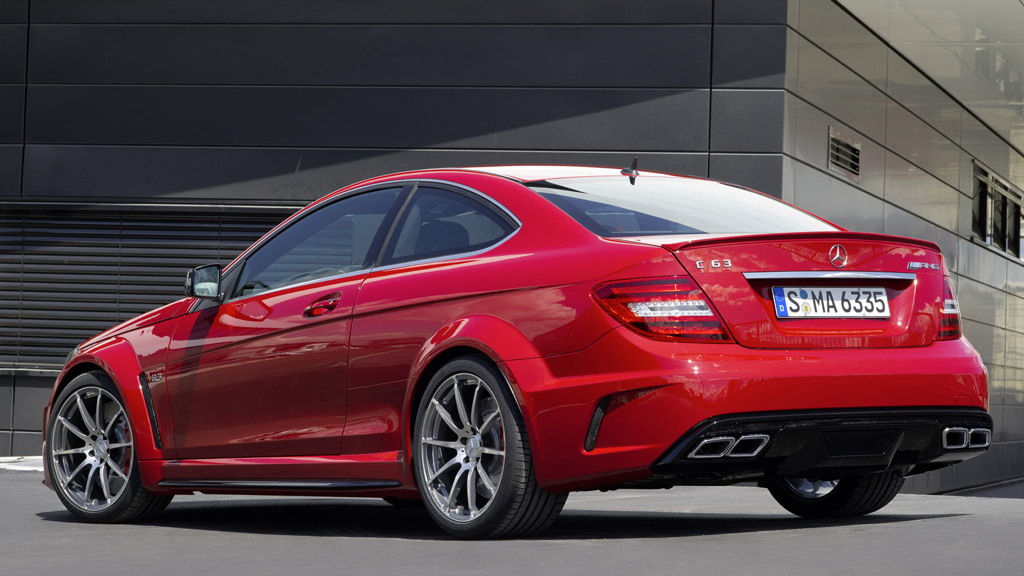 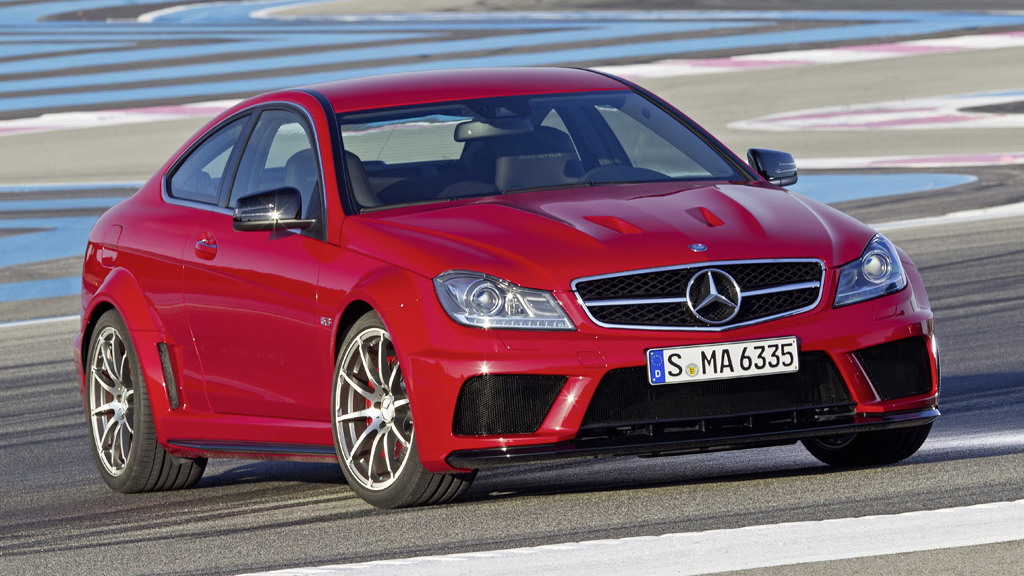 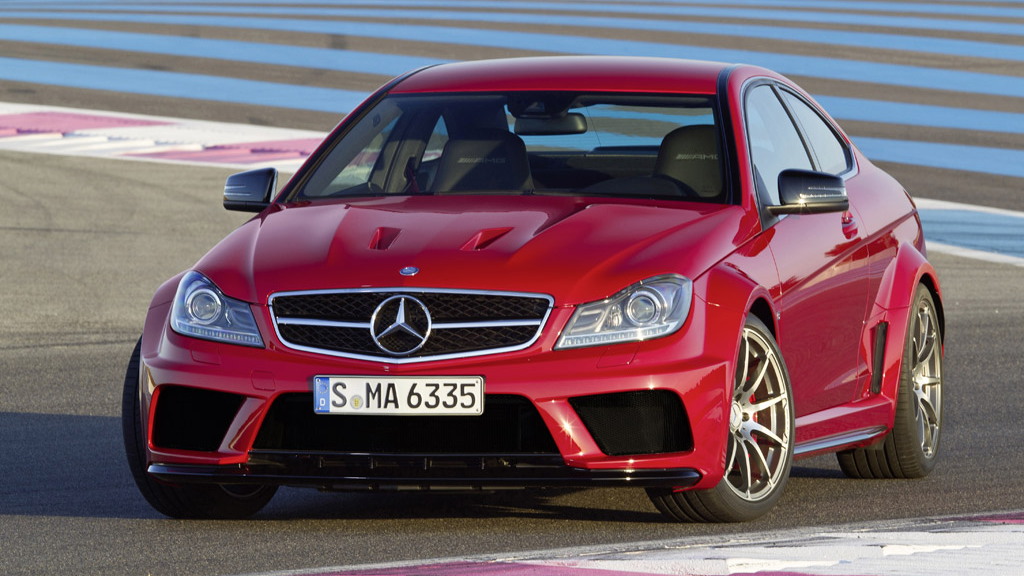 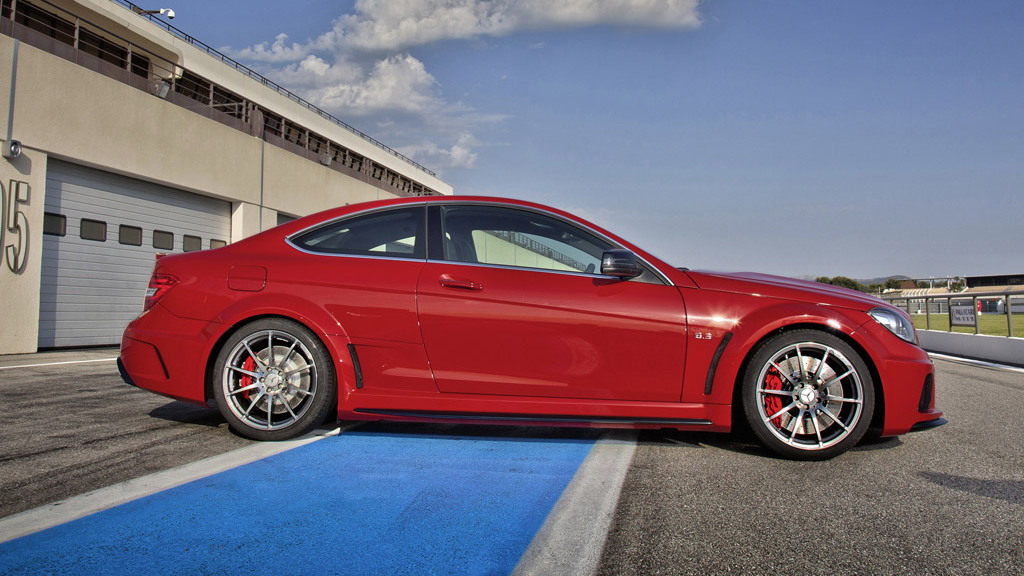 The 451 horsepower of the regular C63 AMG Coupe not enough for you? Well, luckily the tuning gods at AMG have thought about this because they have worked a more powerful engine into the stylish C-Class Coupe and have slapped their infamous Black Series label on the car.

The end result is the new 2012 Mercedes-Benz C63 AMG Coupe Black Series, which will make its first public outing at this weekend’s 2011 Formula 1 German Grand Prix at the Nurburgring before going on display at the 2011 Frankfurt Auto Show in September.

Forgoing the latest twin-turbocharged 5.5-liter V-8 found in the newer AMG models, the C63 AMG Coupe Black Series sticks with the venerable 6.2-liter sledgehammer, which in this application is rated at 510 horsepower and 457 pound-feet of torque.

The high-torque M156 naturally aspirated engine was fine-tuned specifically for the new two-door model. Its forged pistons, connecting rods and lightweight crankshaft all come directly from the SLS AMG gullwing supercar and are complemented by a new engine control unit.

Matched to this engine is the AMG SPEEDSHIFT MCT seven-speed sports gearbox. Four transmission modes, the rev-matching function and RACE START launch control are all features of this automated gearbox, which can shift gears in just 100 milliseconds.

Drive is sent strictly to the rear wheels and when fully utilized the C63 AMG Coupe Black Series will rocket from 0-62 mph in just 4.2 seconds. Not surprisingly, this is Mercedes-Benz’s fastest model in production after the SLS AMG.

The options don’t end there as Mercedes also offers an AMG Aerodynamics Package that includes exterior winglets and an adjustable carbon-fiber rear spoiler.

Prodigious grip is also dialed up from a widened track, up 1.57 inches in the front and 3.11 inches in the rear. There’s also a set of C63 AMG Coupe Black Series specific anti-roll bars and speed-sensitive steering wheel.

Inside, designers have decided to install a pair of seats in the rear, making this the first Black Series model capable of carrying more than two people, though if you select this option you miss out on the fixed racing bucket seats normally offered on the car. Note, if you’d like to scare an additional passenger, a sedan version capable of carrying five people is also in the works.

First sales of the 2012 Mercedes-Benz C63 AMG Black Series is scheduled to start early next year. In the meantime, click here for our first drive report of the slightly tamer C63 AMG Coupe.