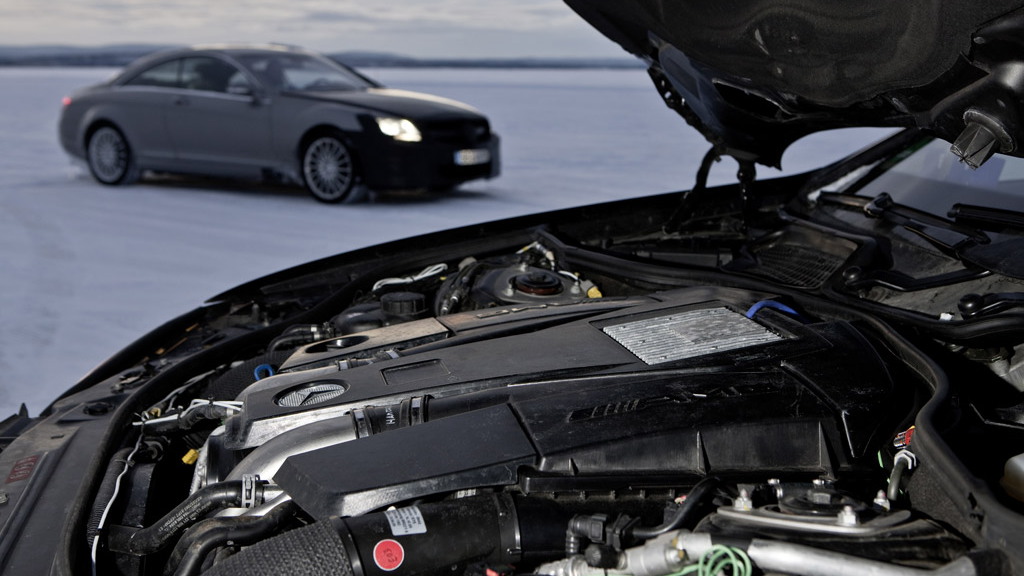 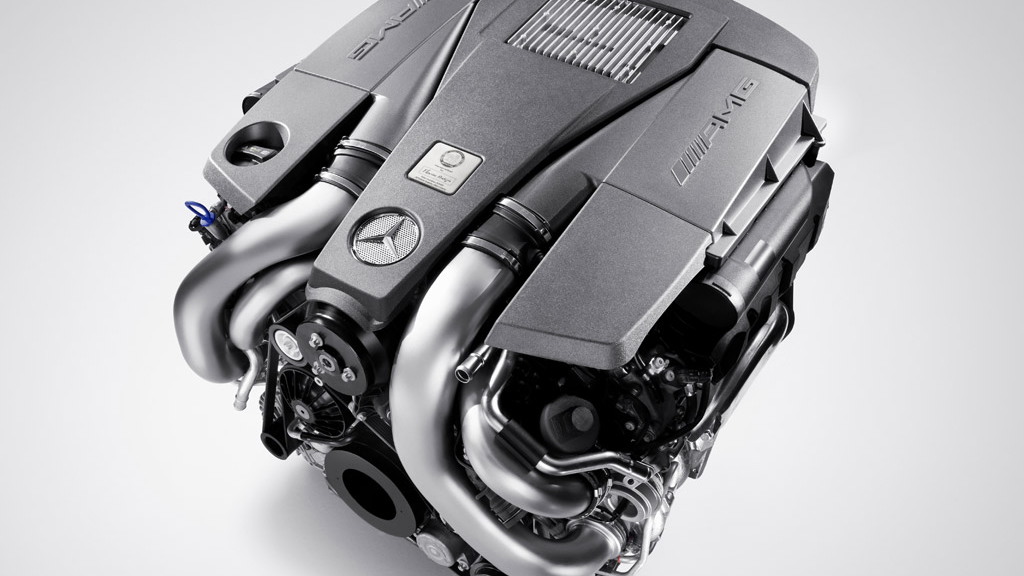 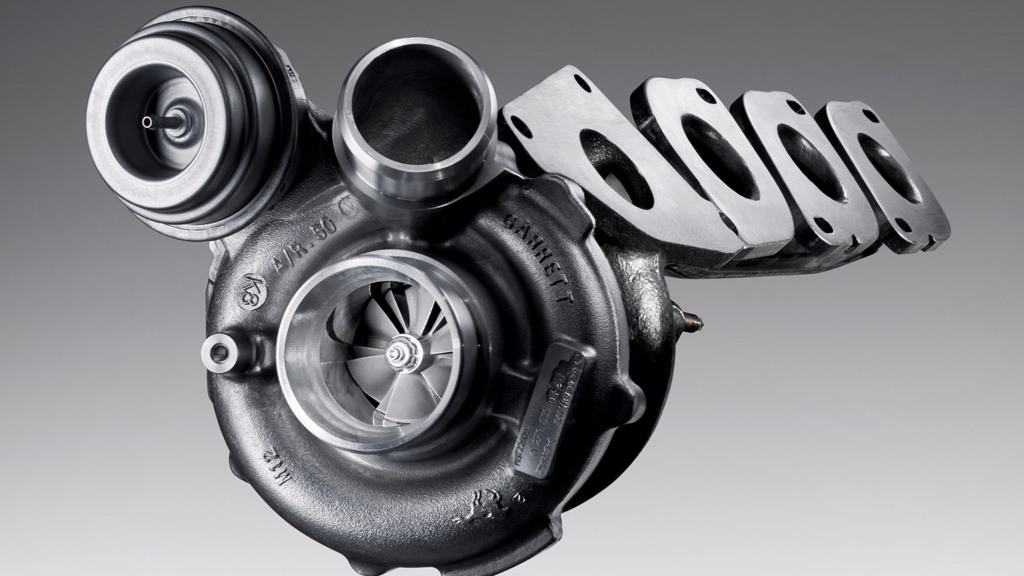 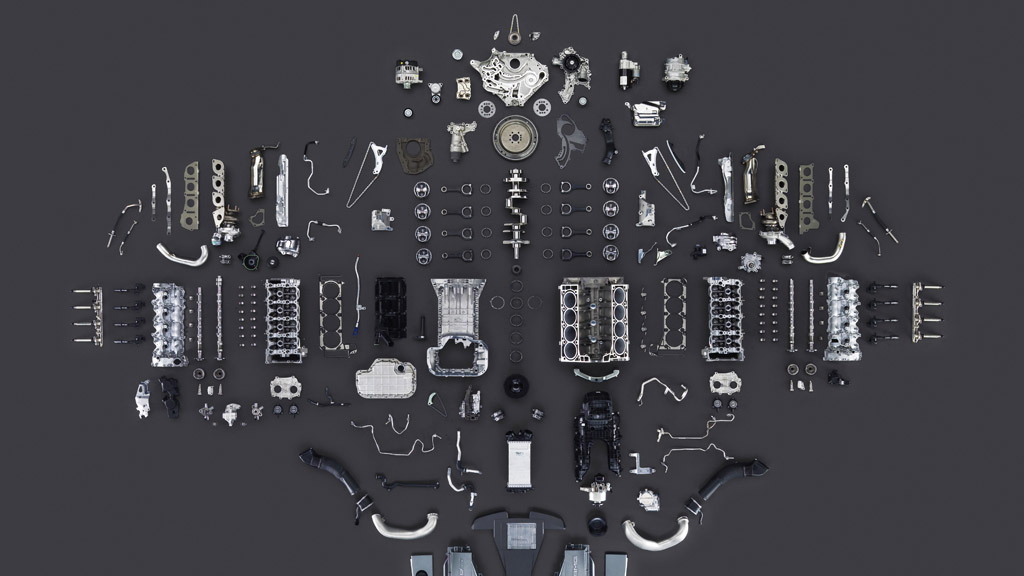 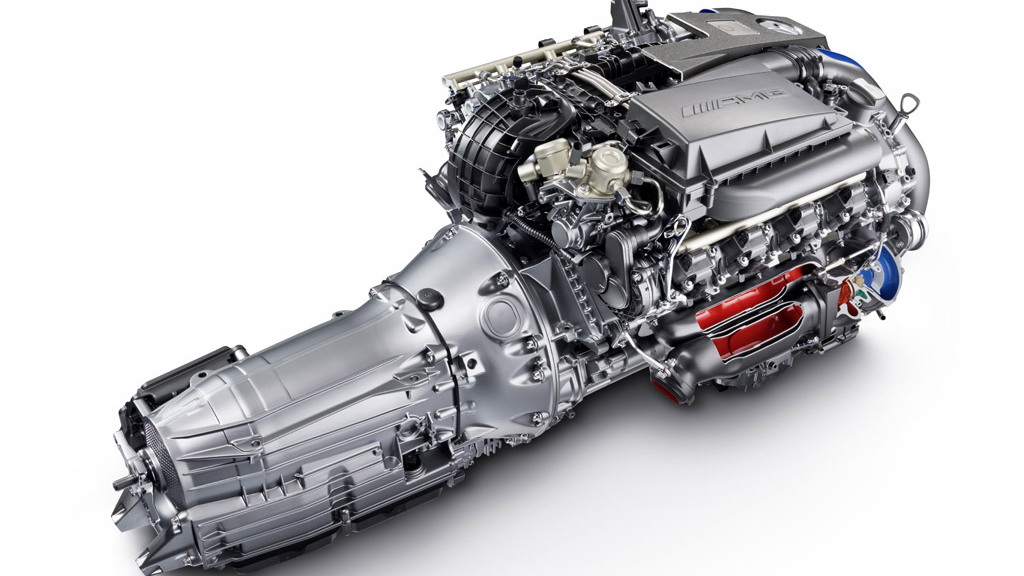 Late last year we first heard that Mercedes-Benz, together with its high-performance partner AMG, was going to replace its entire engine lineup with a new range of more fuel efficient direct-injected and turbocharged powerplants. Today we have official details on one of the most exciting of the newcomers, a 5.5-liter V-8 that replaces the 6.2-liter unit found in the current AMG lineup.

Codenamed M157, the new 5.5-liter engine features direct-injection and twin-turbocharging technologies to ensure it produces more power and torque than the current 6.2-liter naturally aspirated mill. Peak output stands at 544 horsepower and 590 pound-feet of torque, however, an available Performance Pack sees output increased to 571 horsepower and 664 pound-feet of torque thanks to additional boost pressure from the turbos.

In addition to its direct-injection and twin-turbocharging technologies, the engine includes a crankcase wholly of aluminum, four-valve per cylinders with adjustable camshafts, an intercooler, management of the generator and a stop-start feature. For the uninitiated, the generator management system is the same unit from the E63: whenever the engine is on the overrun or when braking, kinetic energy is used to charge the battery rather than being wasted as heat in the usual way. This reduces the load on the engine and allows for greater fuel economy.

The new 5.5-liter V-8 will first appear in the S63 AMG sedan this summer, where it will return a claimed fuel economy of 22.4 mpg--a saving of 25 percent compared to the current engine.

At the same time the big S63 AMG maintains its sports car like performance, with the 0-60 mph run taking 4.5 seconds with the standard 544 horsepower engine and just 4.4 seconds with the available Performance Pack. Top speed is electronically limited to 155 mph.

Like all other AMG engines, the eight-cylinder unit is assembled by hand in the tuner’s engine shop that was established back in 2002. A single, highly-qualified technician assembles the M157 according to the "one man, one engine" philosophy and is attested to by his signature on its build plate.