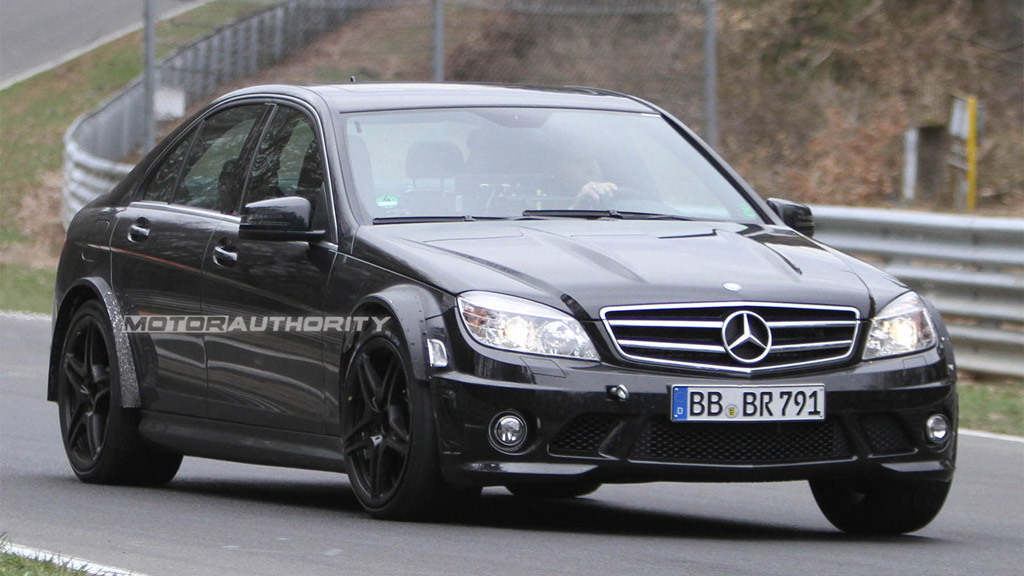 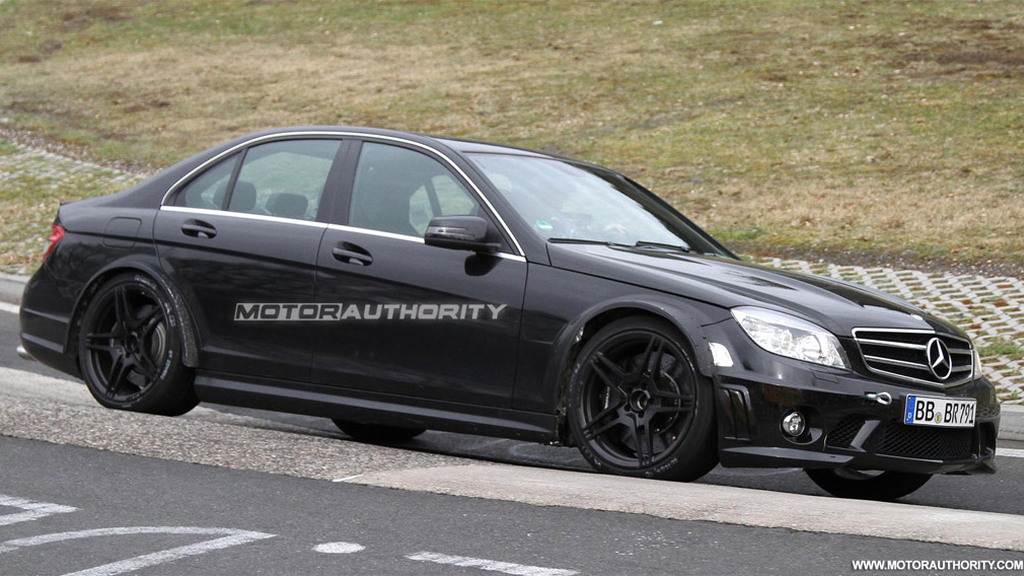 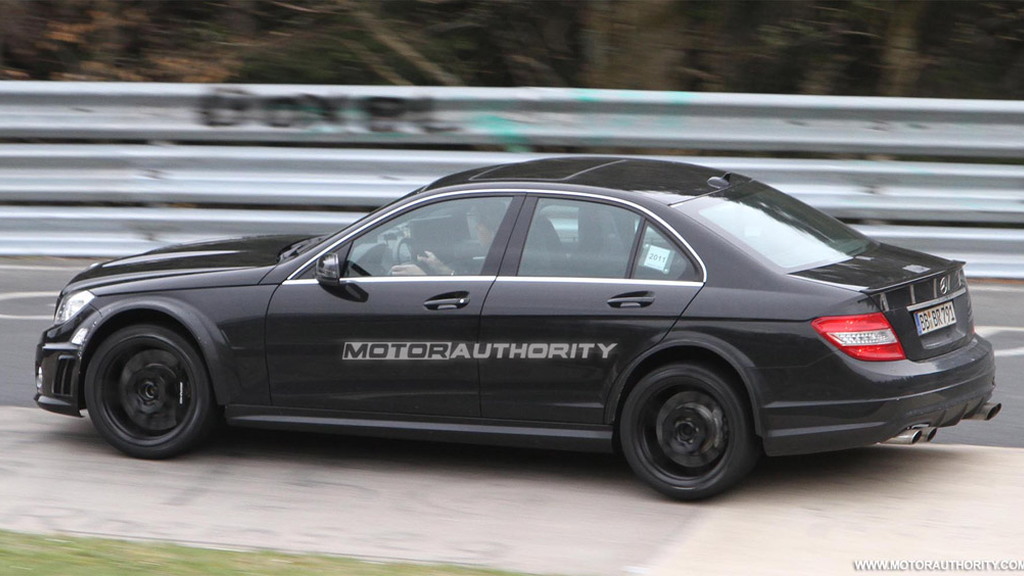 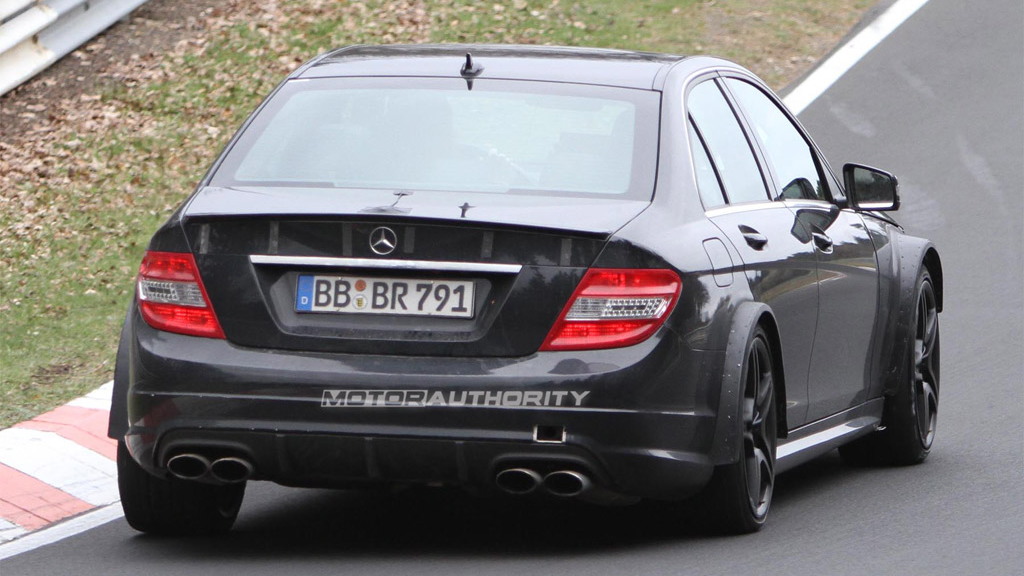 The mere mention of the words Black Series will either get your blood pumping or instill the fear within you, the latter being the case typically if you’re a BMW M or Audi RS owner. This is because the Black Series title is only applied to a very select series of models, all of which can best be described as grenades on wheels.

You see, the Black Series cars are essentially upgraded versions of the already high-performance AMG models from Mercedes-Benz, which most will agree already approach the limits of what you can call street-legal. In the past we’ve seen Black Series versions of the SLK AMG, CLK63 AMG and more recently the SL65 AMG, all two-doors, but very soon there will be a new Black Series model based on the C63 AMG four-door sedan.

Revealed here testing in its very early stages, a test-mule of the new C63 AMG Black Series gives away plenty of clues as to what to expect for the new sledgehammer from the official in-house tuner of Mercedes-Benz.

We can clearly see a wider track, both front and rear, as evidenced by the modified fenders. The test-mule also sports a new rear diffuser and a bootlid spoiler, all designed to aid aerodynamics by improving downforce.

Under the hood should be AMG’s now familiar twin-turbocharged 5.5-liter V-8 engine but with output dialed up well past the 457 horsepower of the regular C63 AMG. Expect a series of weight saving modifications, uprated wheels and tires and stiffer suspension too.

The new Mercedes-Benz C63 AMG Black Series is expected to debut late next year as a 2012 model and may be followed by another Black Series car, one based on the SLS AMG supercar.