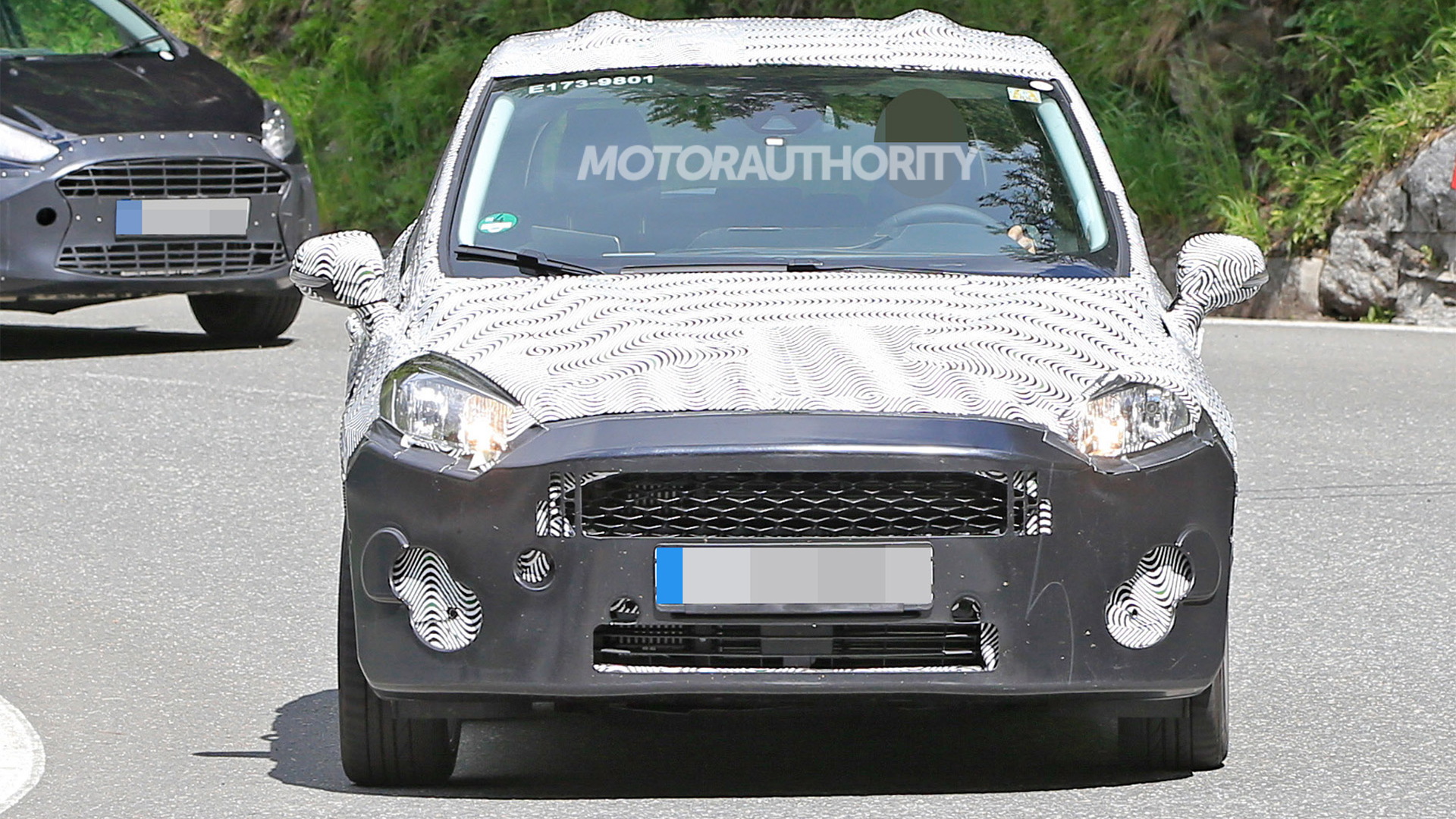 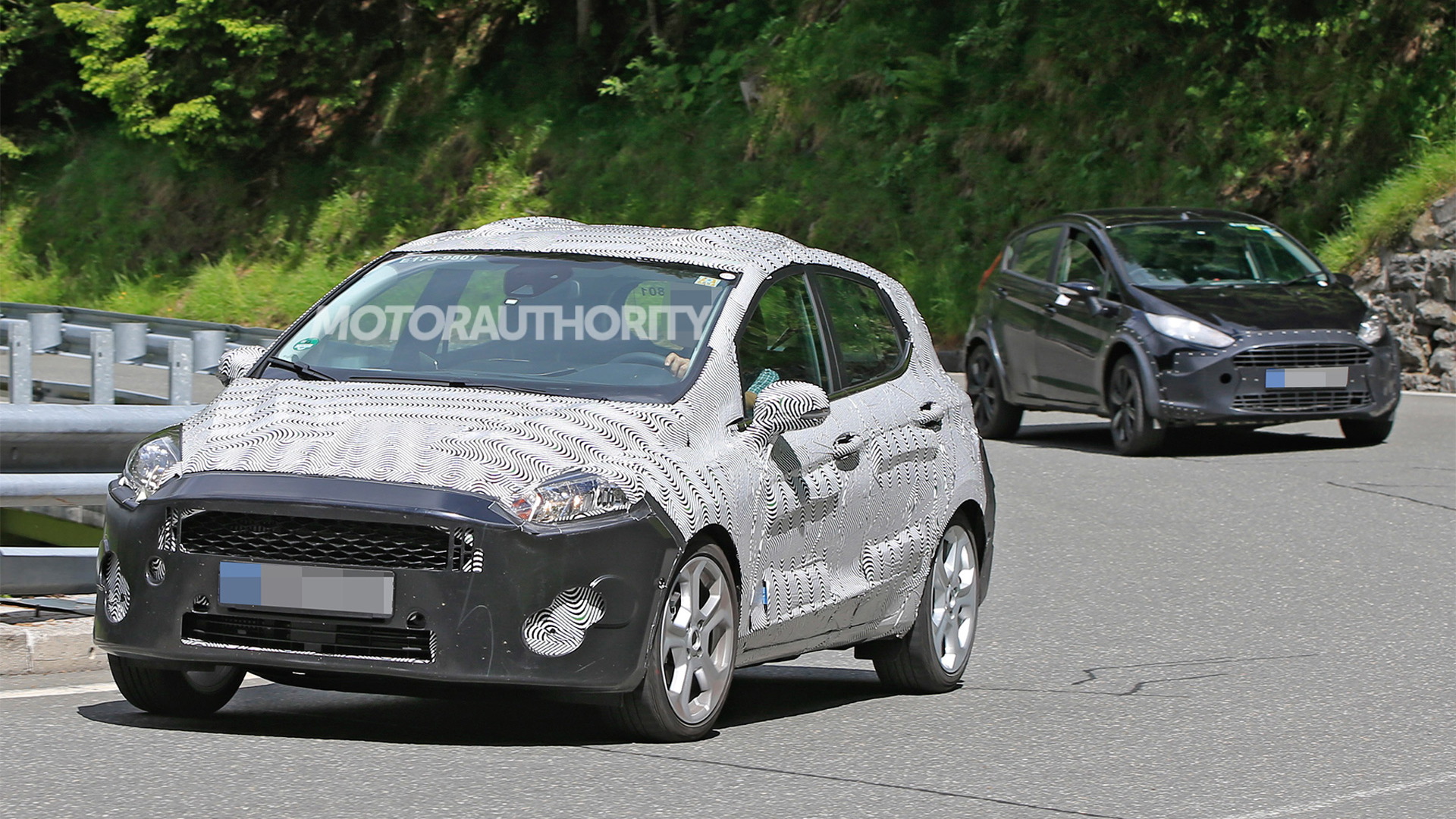 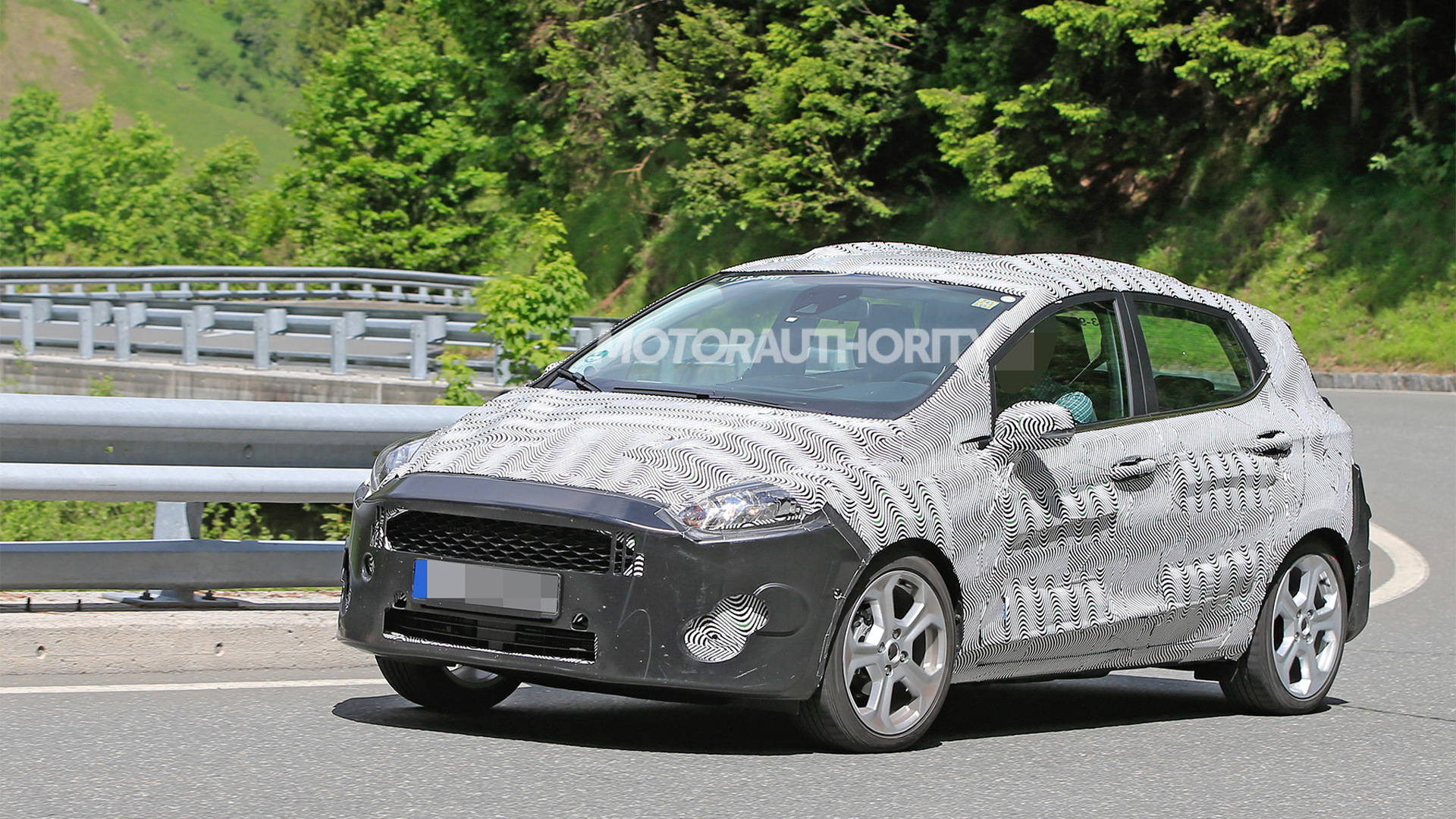 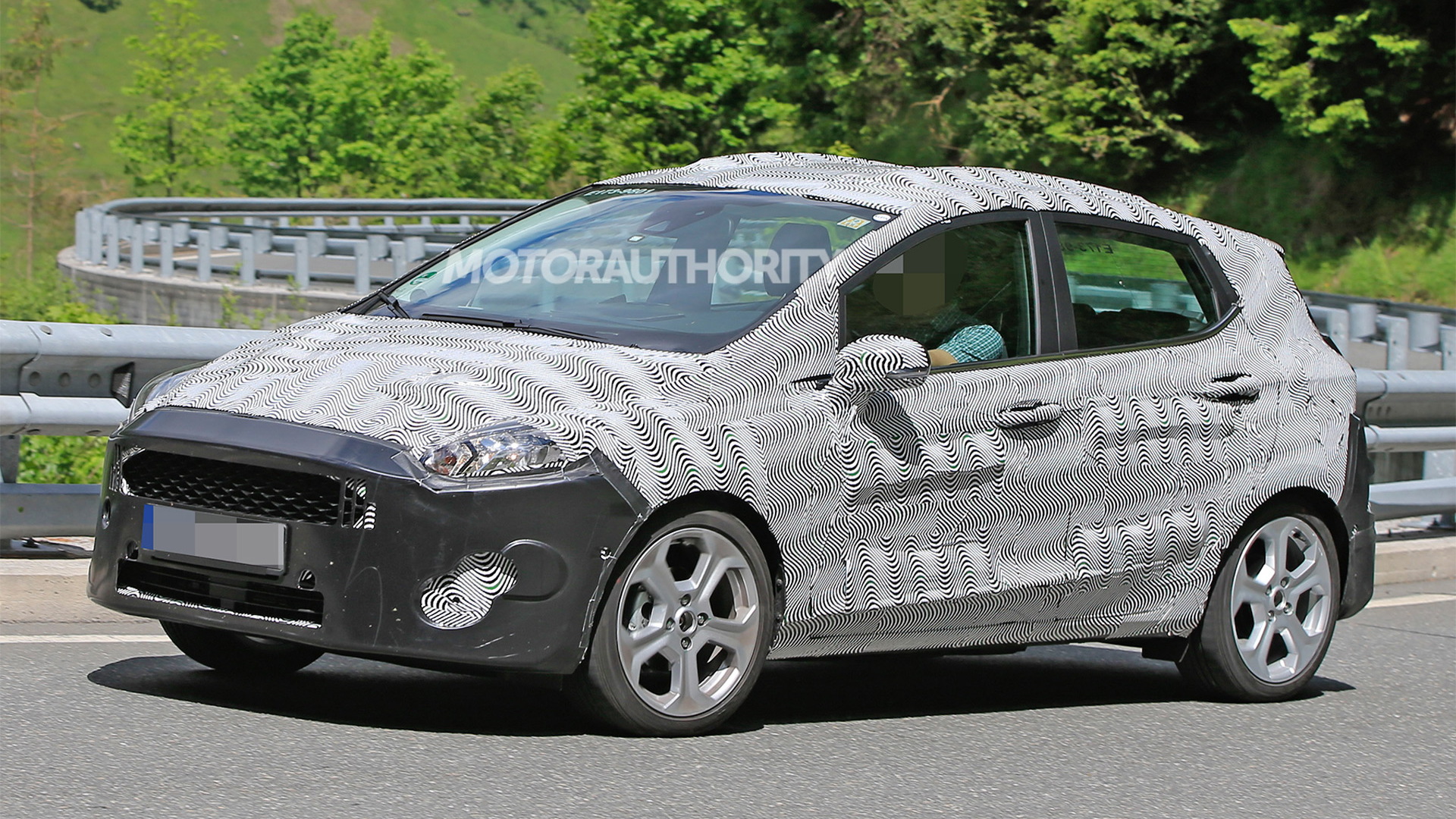 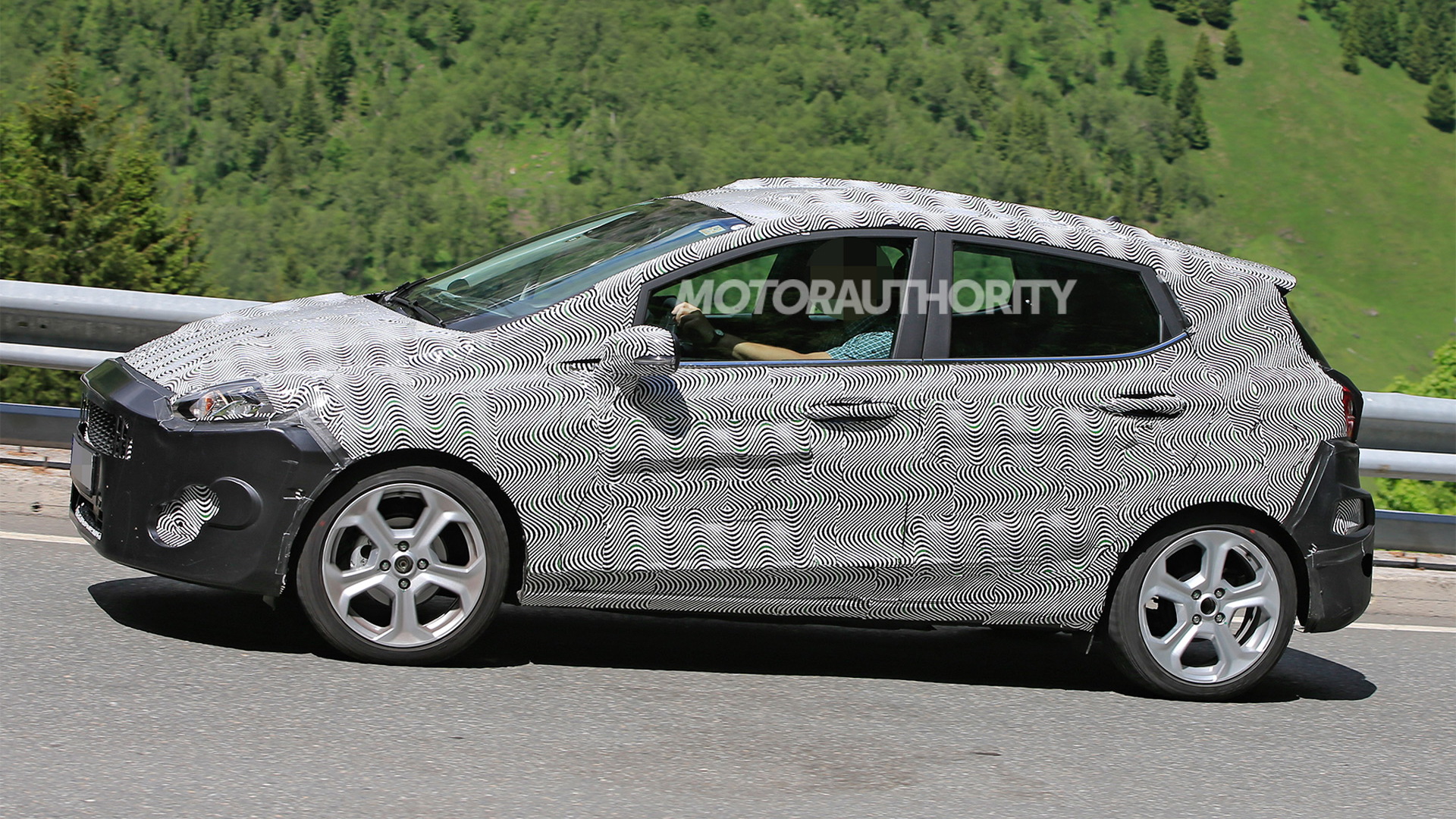 Ford Motor Company [NYSE:F] is working on a new generation of its Fiesta subcompact, as evidenced by an early prototype spotted testing in Europe.

Engineers are testing the prototype alongside an earlier mule that uses the makeshift exterior of the current Fiesta, highlighting the differences between the two designs.

The new Fiesta appears to be wider and more squat. Its grille also looks like the one on the latest Fusion and the taillights adopt a flatter design compared to the vertically-stacked units on the current Fiesta.

According to our photographer, the interior was also very different compared to the current Fiesta, with engineers apparently testing new gauges. 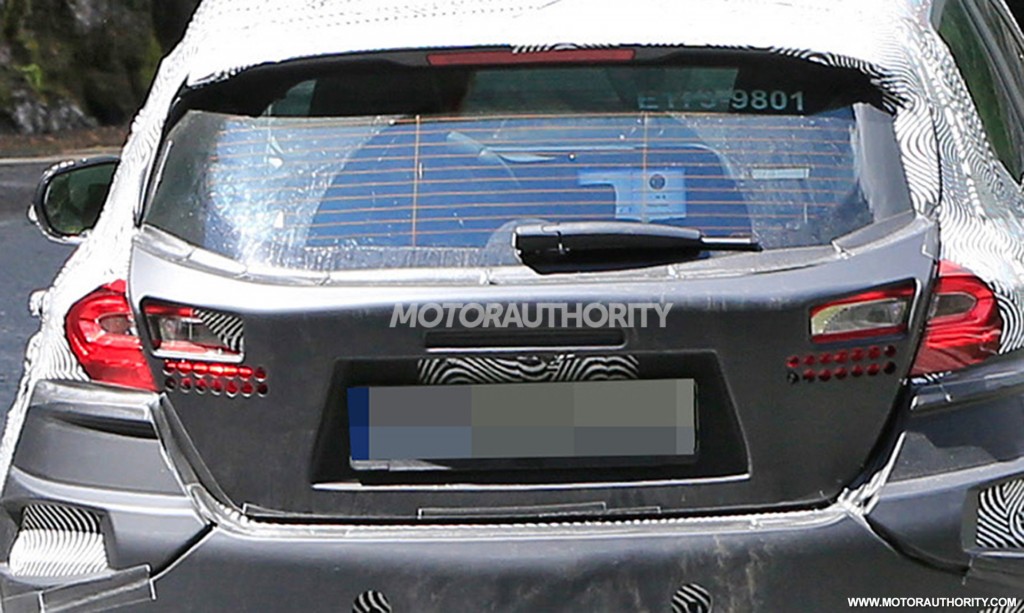 The current Fiesta is starting to get a bit long in the tooth—it’s been around since 2008—and is due for renewal soon. We’re expecting the new Fiesta to debut next year as a 2018 model.

It’s too early to talk specifics but expect current Fiesta trim levels to carry forward, perhaps with a new RS variant finally joining the fold further in the life cycle. The same variety of bodystyles should once again be on offer, which means three- and five-door hatchbacks as well as a sedan. Our latest spy shots show the five-door.

Key rivals will once again include the Chevrolet Sonic, Honda Fit, Toyota Yaris and Volkswagen Polo.