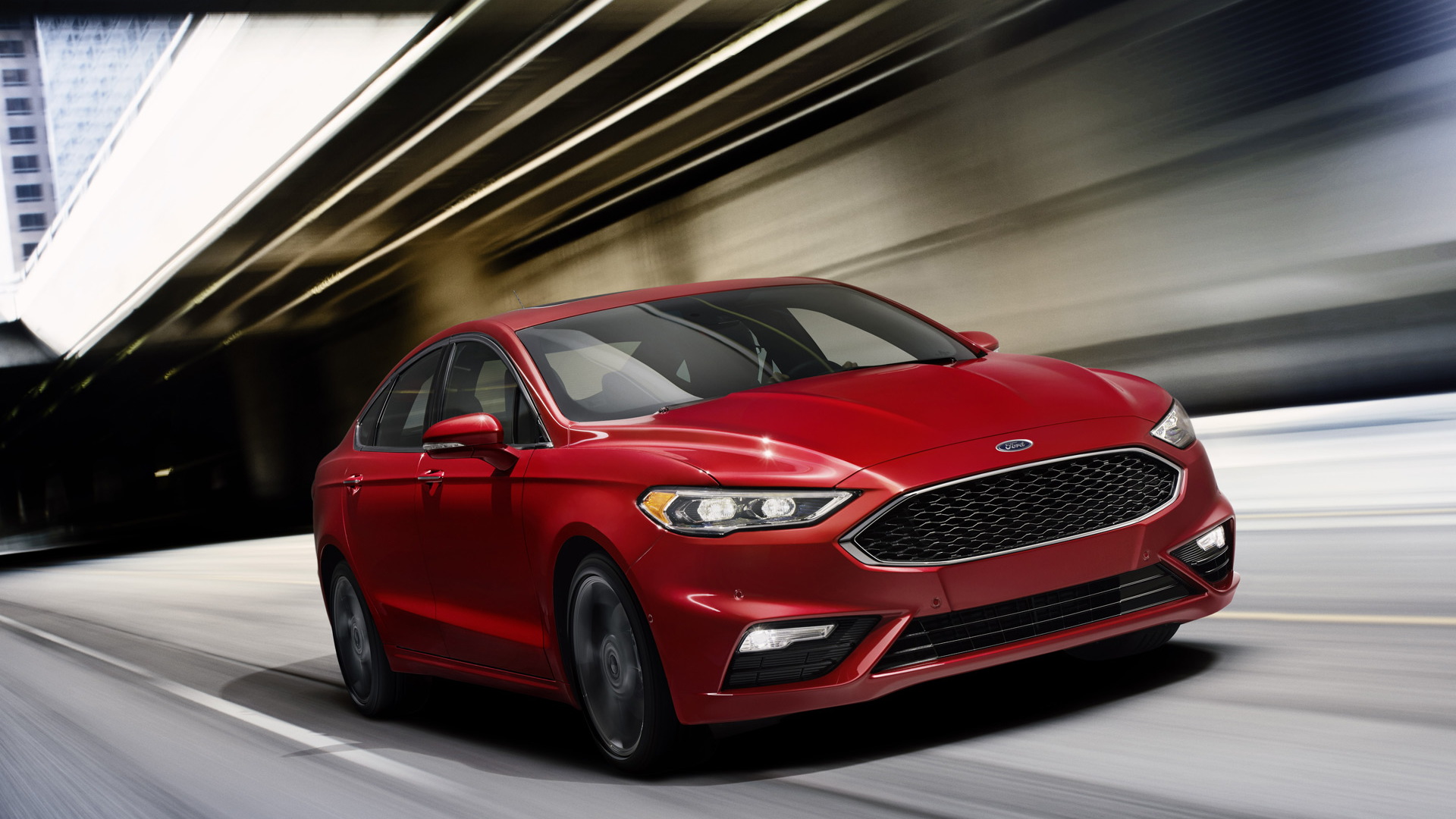 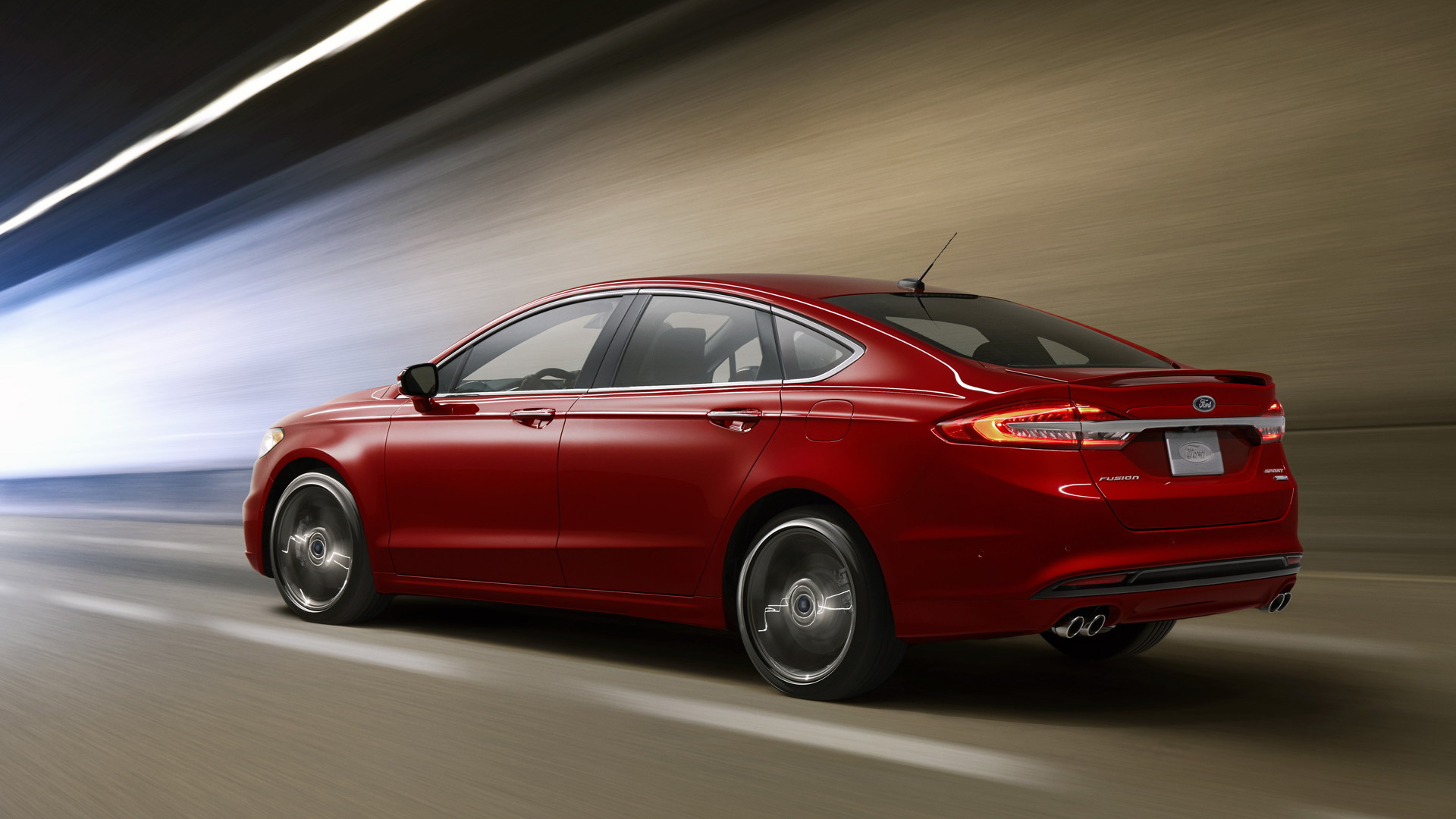 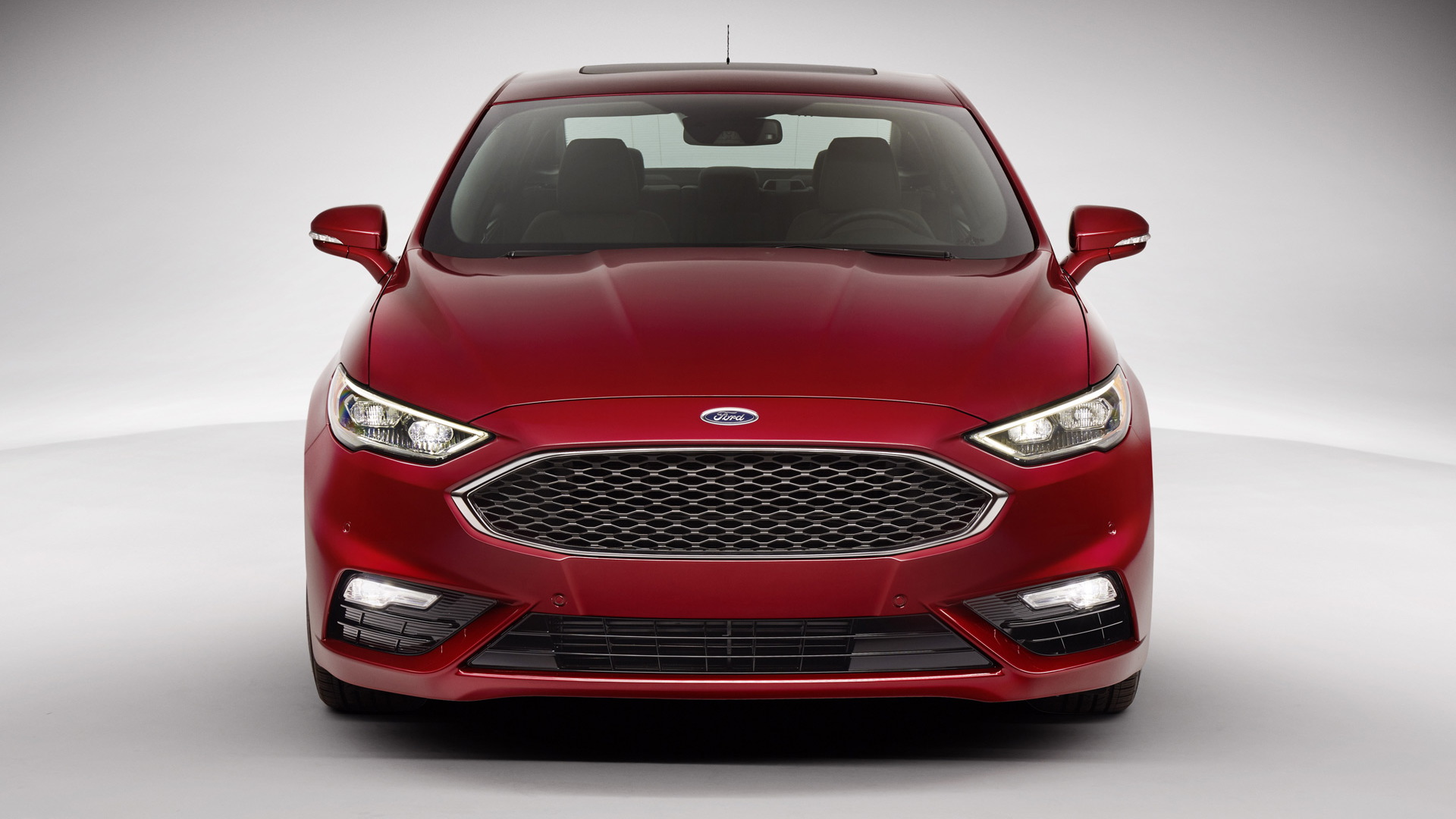 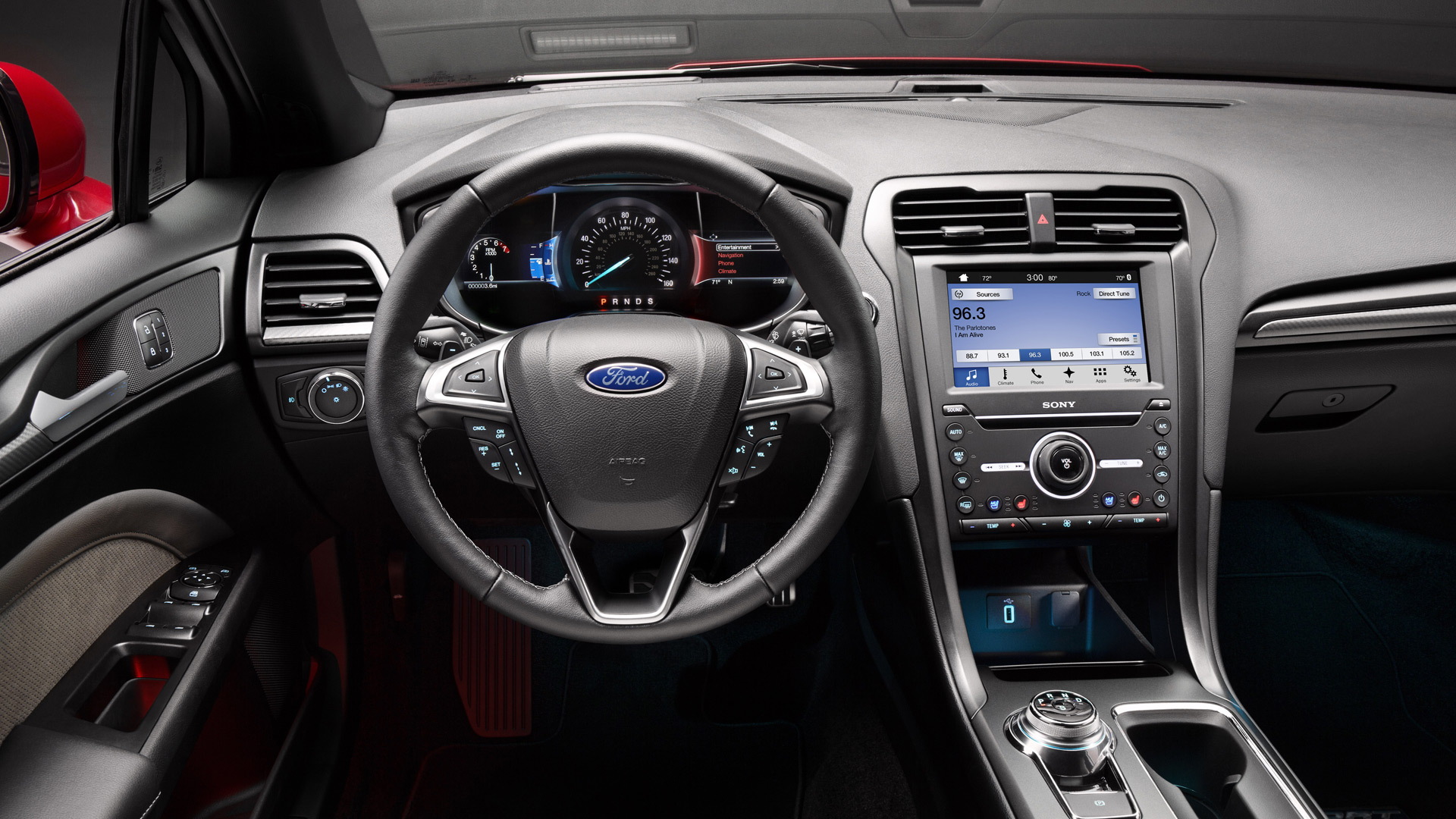 The Ford Motor Company [NYSE:F] Fusion was already one of the most handsome offerings in its class, but for the 2017 model year the car gets a fresh new look as well as a performance version that boasts an all-wheel-drive system and a twin-turbocharged V-6. That performance version is the Fusion V6 Sport, and it debuted alongside the rest of the 2017 Fusion lineup at this week’s 2016 Detroit Auto Show.

The current generation of the Fusion has been on sale since the 2013 model year. Key rivals like the Chevrolet Malibu, Kia Optima, Hyundai Sonata and Toyota Camry have all been either updated or renewed in the past 12 months, and now it’s the Ford’s turn.

We're glad to report that the Aston Martin-inspired grille has finally gone away, replaced with a similar, albeit wider and more aggressive looking design. The lights have also been tweaked at both ends and now feature LEDs. The Fusion V6 Sport is further differentiated by its more aggressive front bumper with deeper air intakes and glossy black grille insert.

Under the hood of the Fusion V6 Sport is one of Ford’s EcoBoost engines. It’s a 2.7-liter unit which thanks to direct fuel injection, twin-turbocharging and variable valve timing has an impressive output of 325 horsepower and 350 pound-feet of torque plus standard all-wheel drive. Regular Fusions come with front-wheel drive though some of these have the option for all-wheel drive. 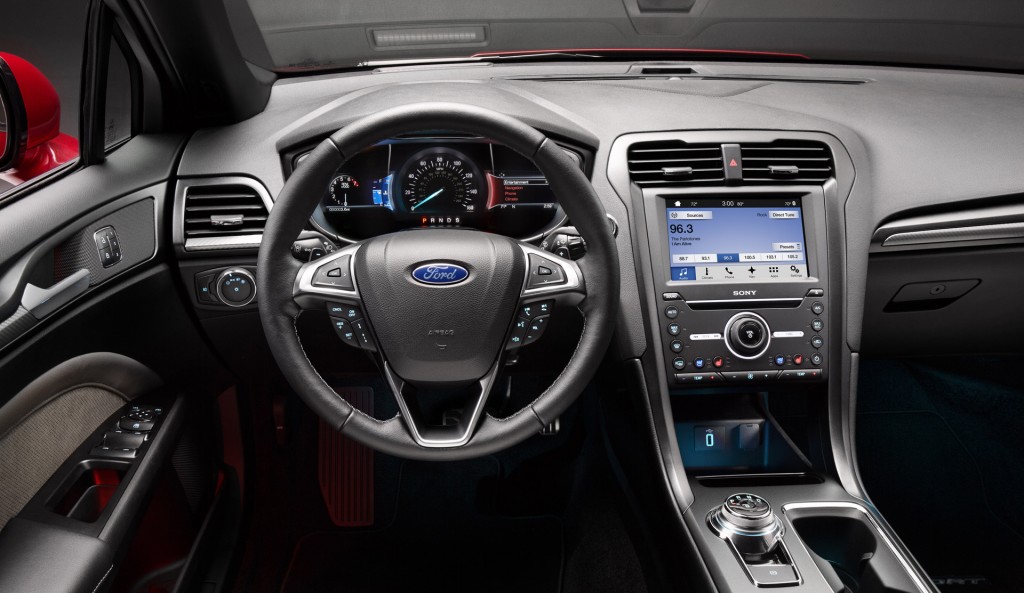 Other performance upgrades include 19-inch wheels, a rear spoiler, twin-exhaust tips and adaptive damping. The latter comes with a new pothole detection technology that, in less than the blink of an eye, adjusts the shock absorbers to greatly reduce the severity of impact transmitted to occupants. Incredibly, all of this can be yours for just $34,350, including an $875 destination charge.

Hybrid fans are catered to with the Fusion Hybrid and Fusion Energi plug-in hybrid. These hybrids use the same 2.0-liter four-cylinder engine, mated to a two-motor hybrid system that substitutes for a transmission and operates like an electrified version of a continuously variable transmission (CVT). The plug-in hybrid has a 7.6-kilowatt-hour lithium-ion battery for an expected range of 19 miles using electric power only. The car automatically switches to the gasoline mill when the battery is depleted, allowing you to drive more than 500 miles when you also have a full tank of gas.

Finally, it’s worth mentioning Ford has also added range-topping Platinum to the Fusion lineup. The trim adds niceties such as hand-wrapped leather for the steering wheel, instrument panel, and door trim. It also adds a unique grille, as well as special 19-inch alloy wheels.

The 2017 Ford Fusion lineup goes on sale this summer. Prices, including an $875 destination charge, are listed below:

More details on the 2017 Ford Fusion will be announced closer to the market launch. In the meantime, see what else is happening at the Detroit Auto Show by visiting our dedicated hub.