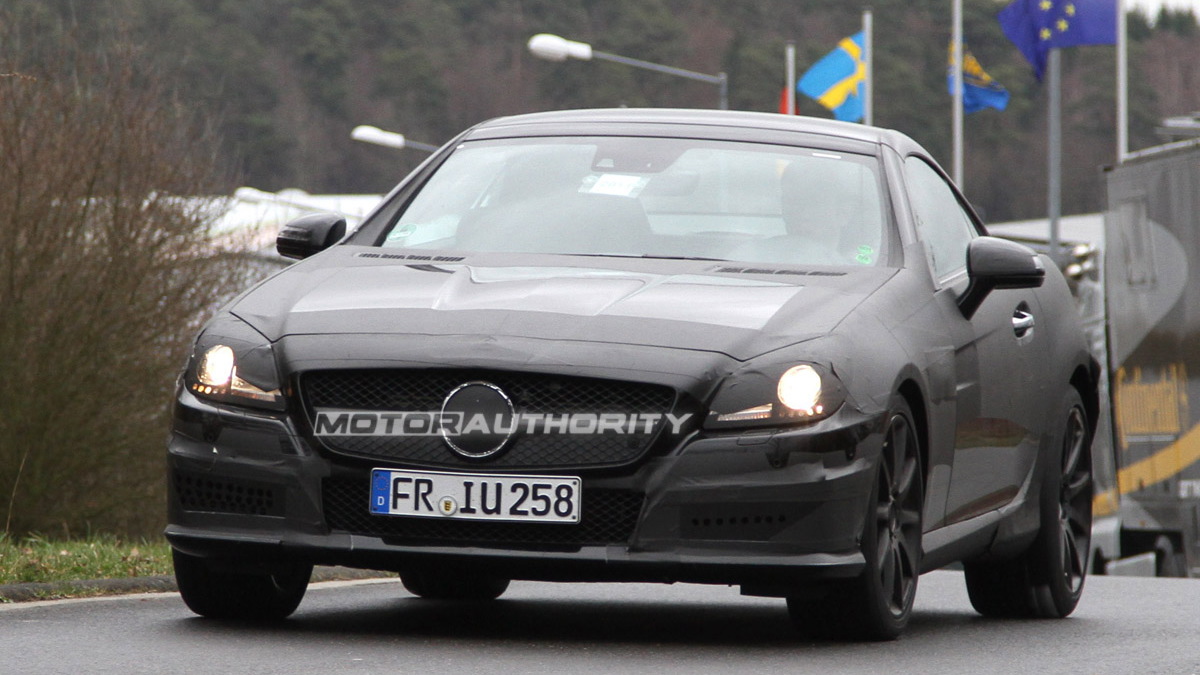 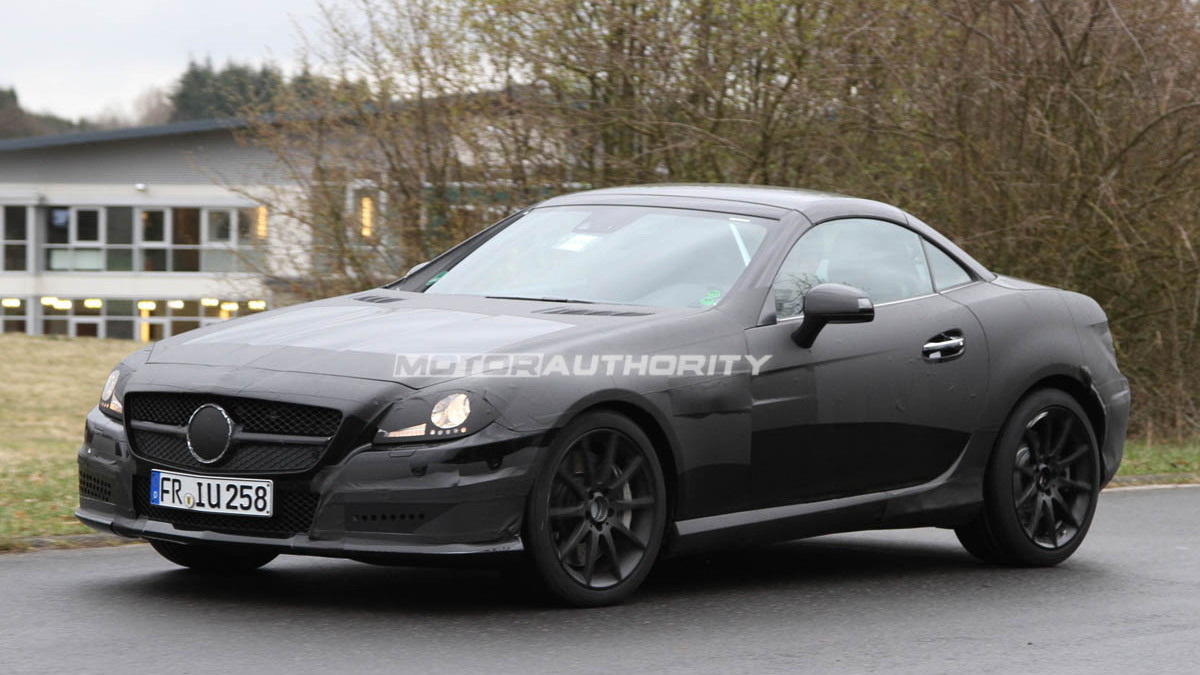 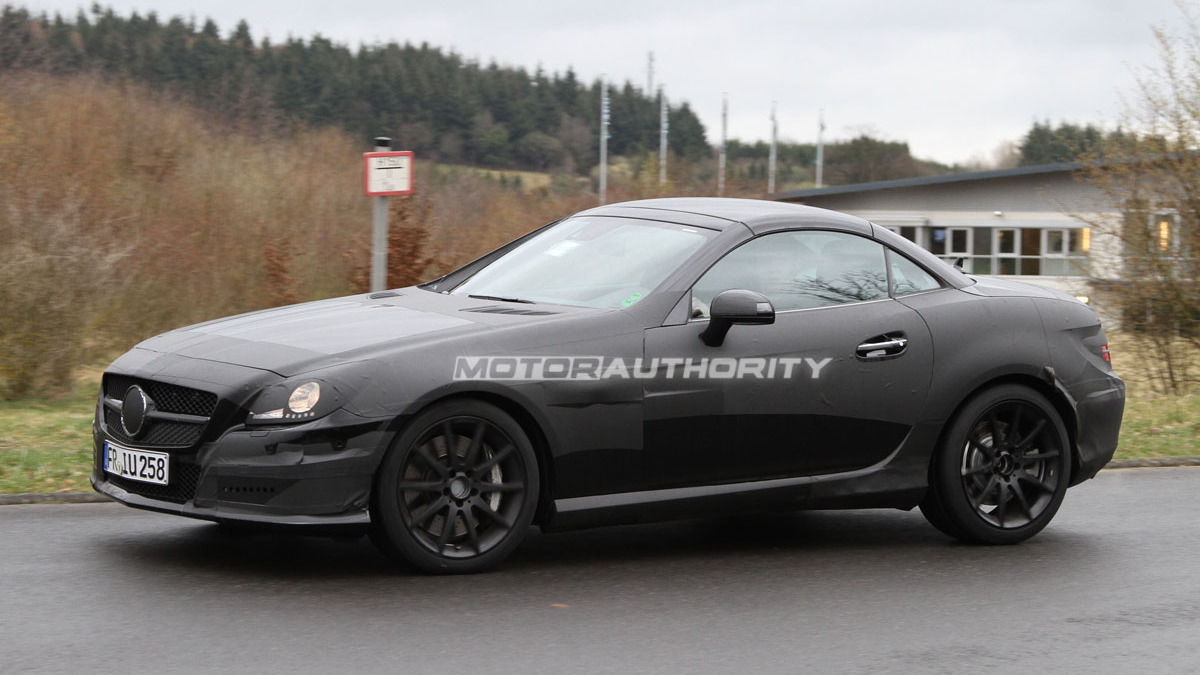 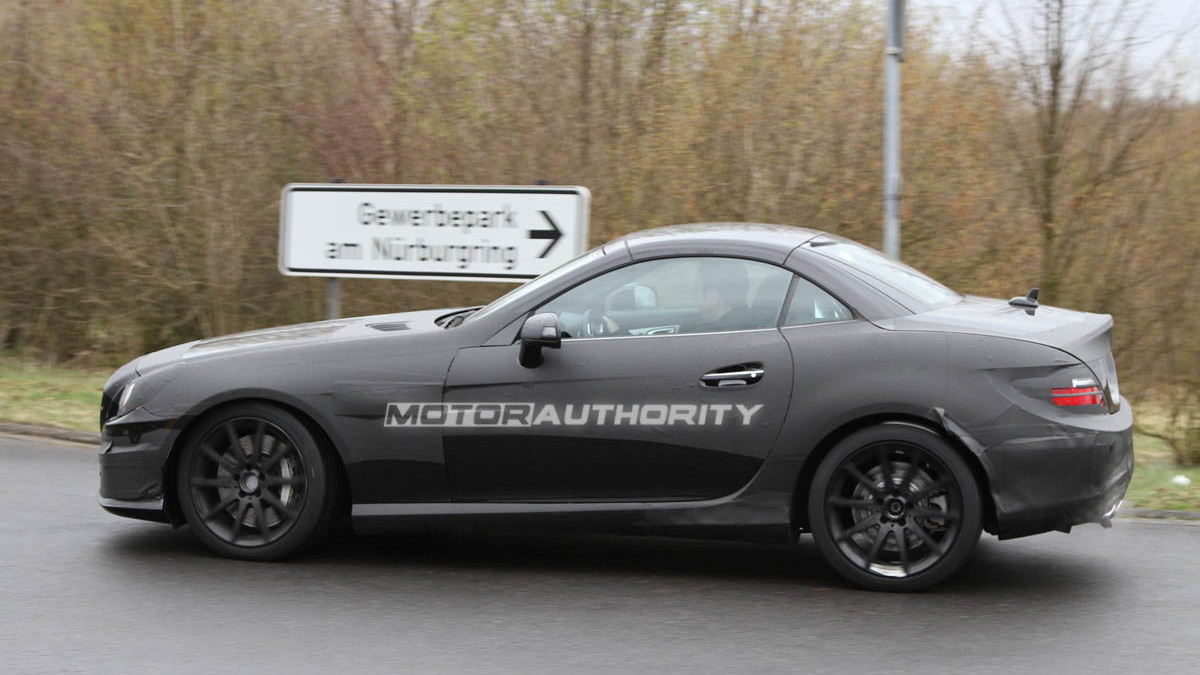 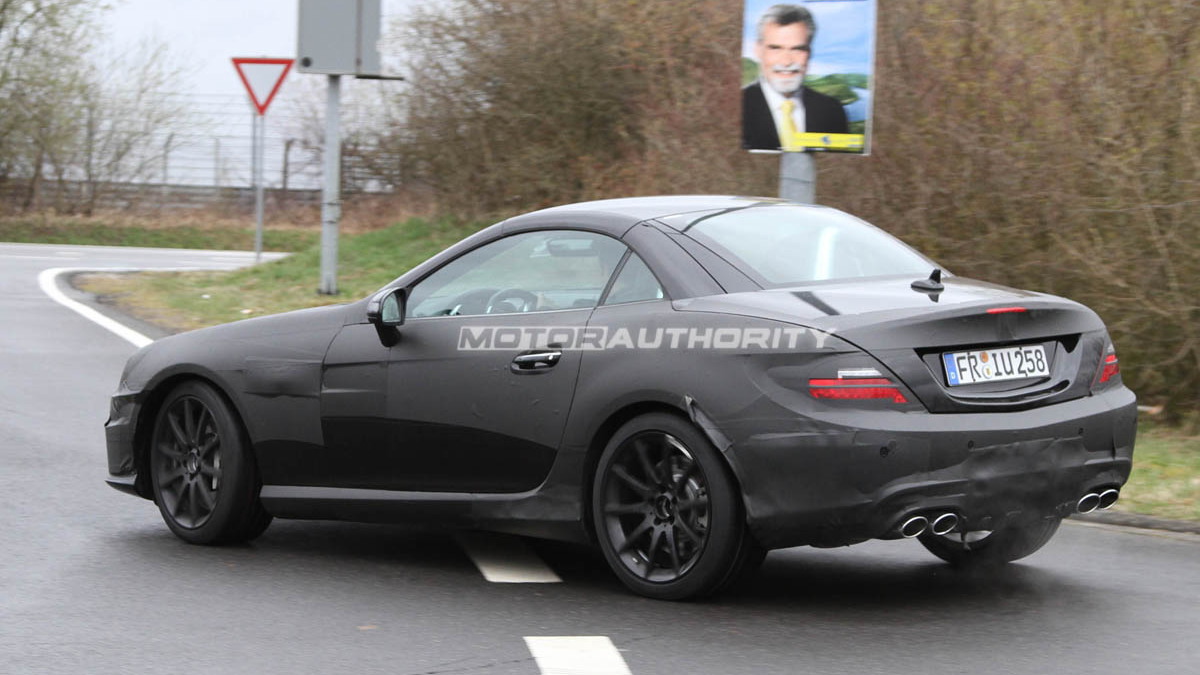 The new 2012 SLK is on the loose, revealed at the 2011 Geneva Motor Show, but we're still waiting for the AMG variant. From the looks of it, we won't have to wait much longer, as these spy shots add to those captured last summer, bringing the car's shape into sharper focus as it loses some of the previous camouflage.

According to the spy photographers, the engine under the hood sounded like a V-8, tipping the new 5.5-liter twin-turbo V-8 as a possible power source. That could put power figures as high as 450 horsepower in AMG trim--a leap of 90 horsepower over the current SLK 55 AMG, which gets its power from a naturally-aspirated 5.5-liter V-8. A twin-turbo V-6 or naturally aspirated V-8 could also be tapped for the car, but so far nothing is certain. The C-Class kept the old engine, while the new CLS AMG gets the 5.5-liter turbo, but keeps the 63 badging.

In addition to the new powerplant--whatever it may be--the new SLK AMG's aesthetics are getting a major overhaul as well. Sharing the overall proportions of the revised SLK it's based on, including the new and improved hood/nose shape, the AMG also gets more rectangular quad-tipped tailpipes (despite the still-round ones on this prototype), a new front spoiler and air dam with larger intake inlets, and a full body treatment to point up the car's aggressive performance. Expect large and shiny forged alloy wheels, big brakes, AMG badging, and unique paint color options as well.

Performance should be stunning, particularly if the new 5.5-liter twin-turbo V-8 gets the nod, as the car is expected to drop about 200 pounds from its chassis despite gaining room inside. Speaking of the inside, the car is expected to get some flavor from the new SLS AMG, meaning abundant leather, metal-accented controls, and classic-yet-modern layout. A range of materials and colors are also a given, allowing buyers to customize their vehicles to taste.

Practicality won't be a problem for the new SLK AMG, either, at least in relation to the previous model. Like the base SLK, the AMG version is expected to get a larger trunk with 11.2 cubic feet of space--just a bit smaller than a BMW 3-Series sedan's, by way of comparison.

Look for the SLK AMG to hit the streets later this year.