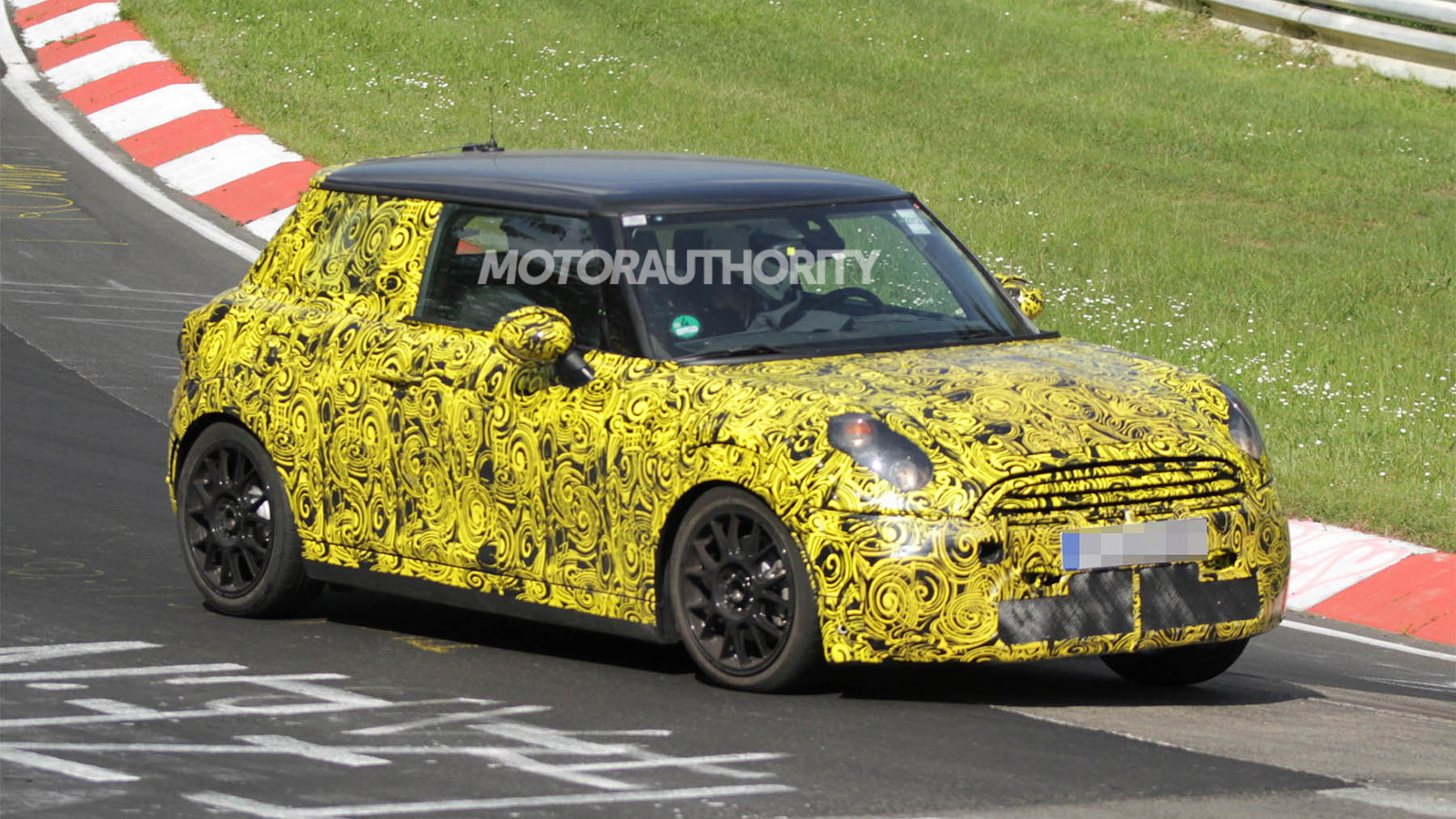 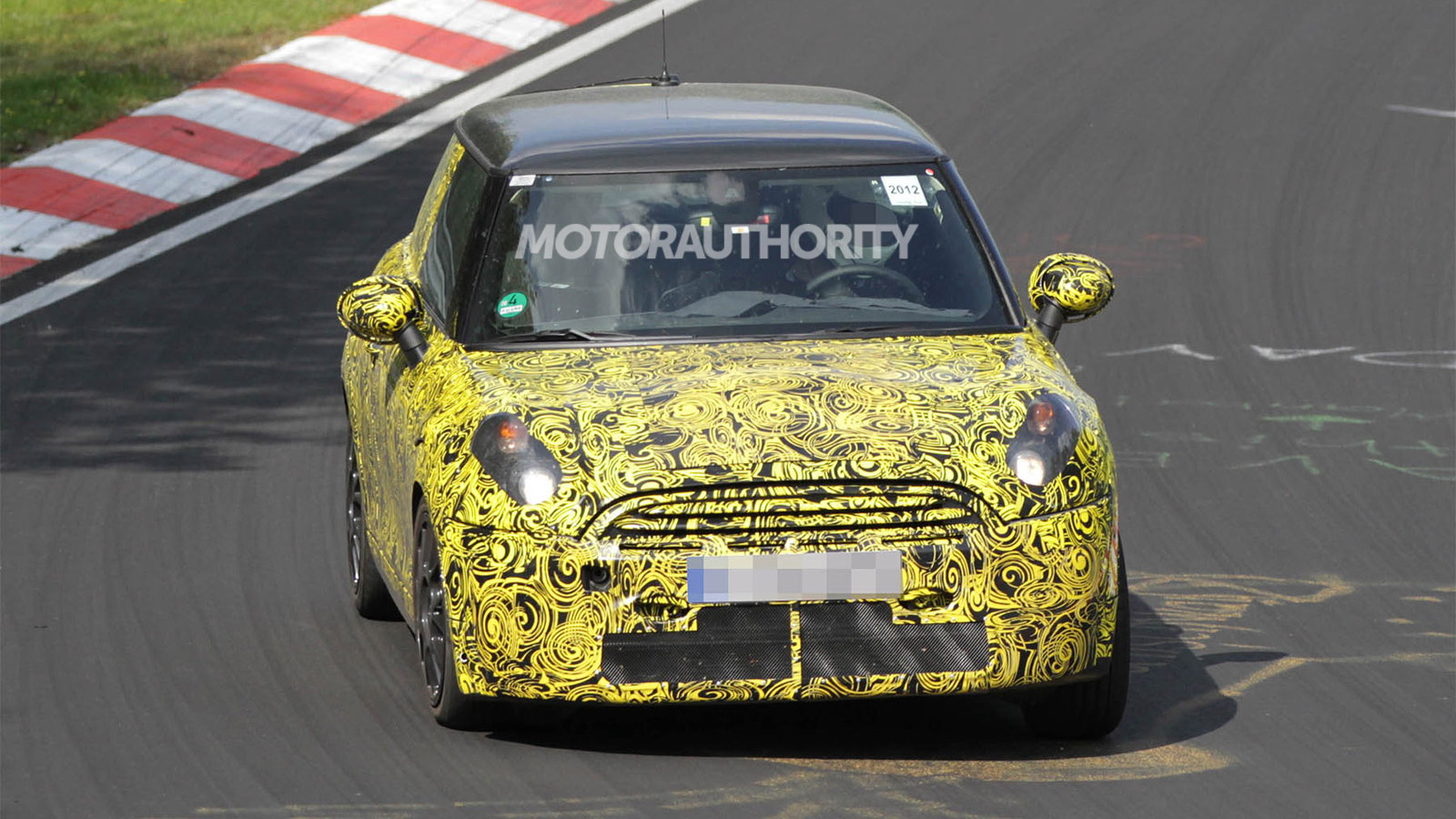 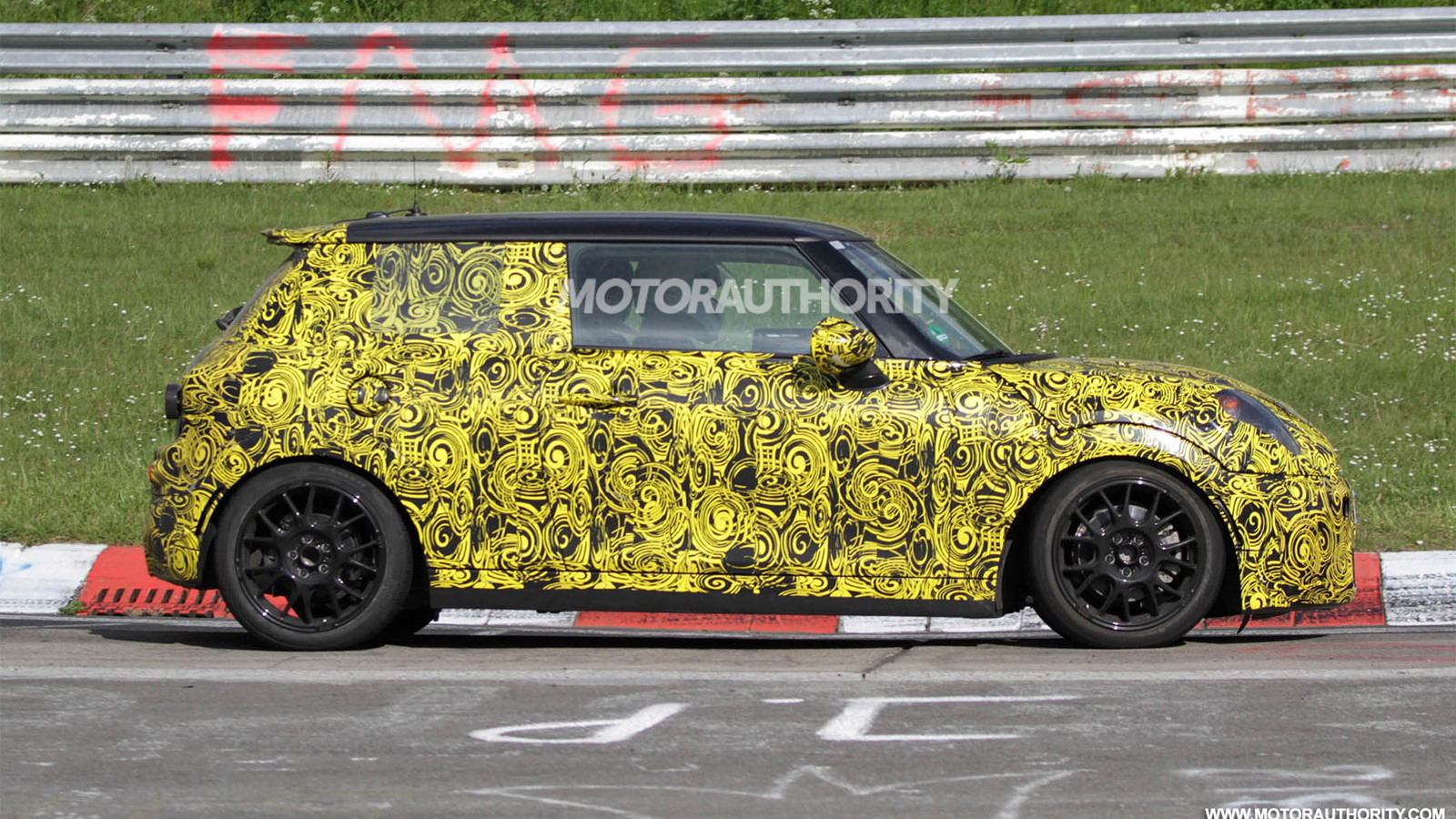 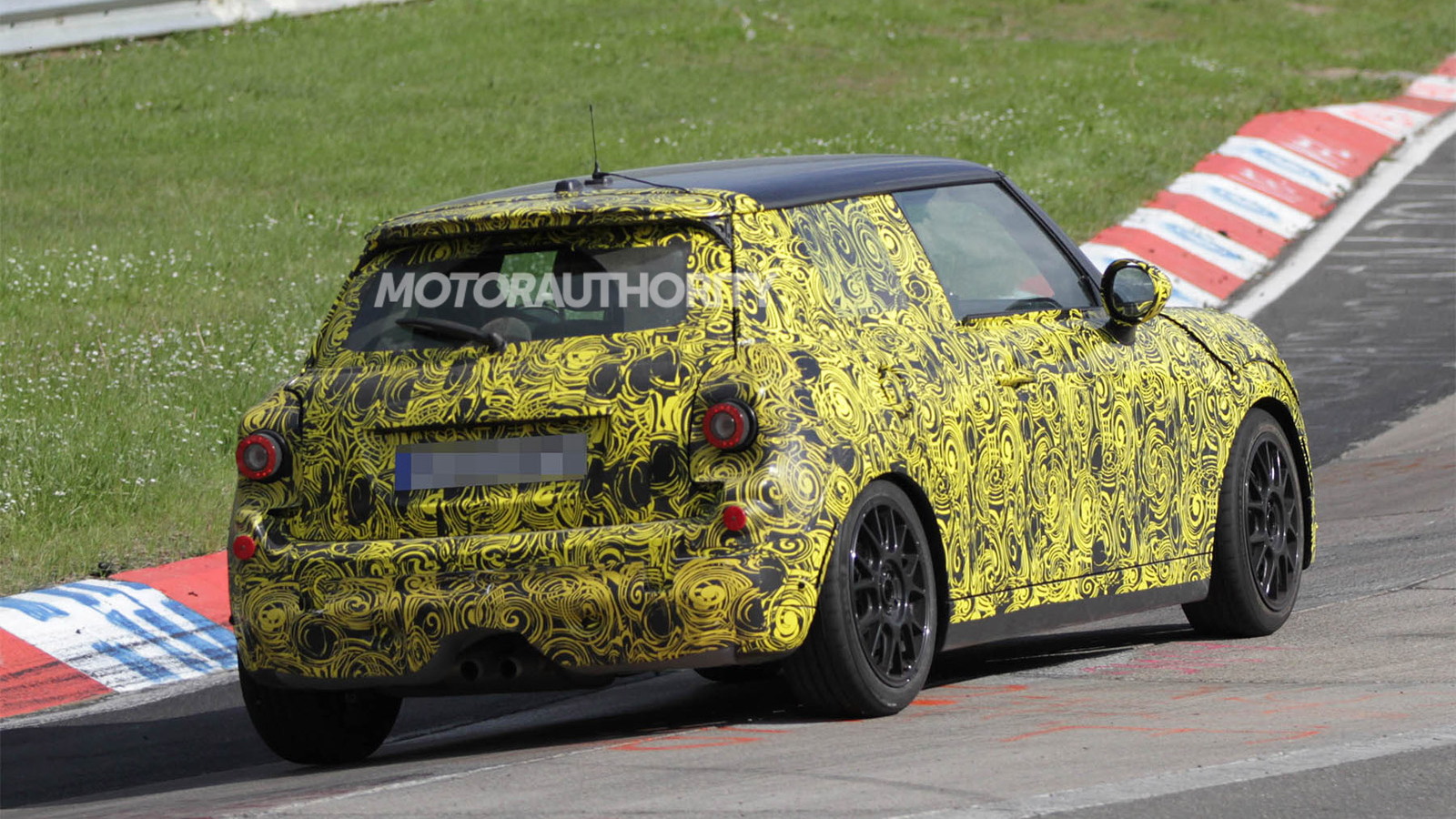 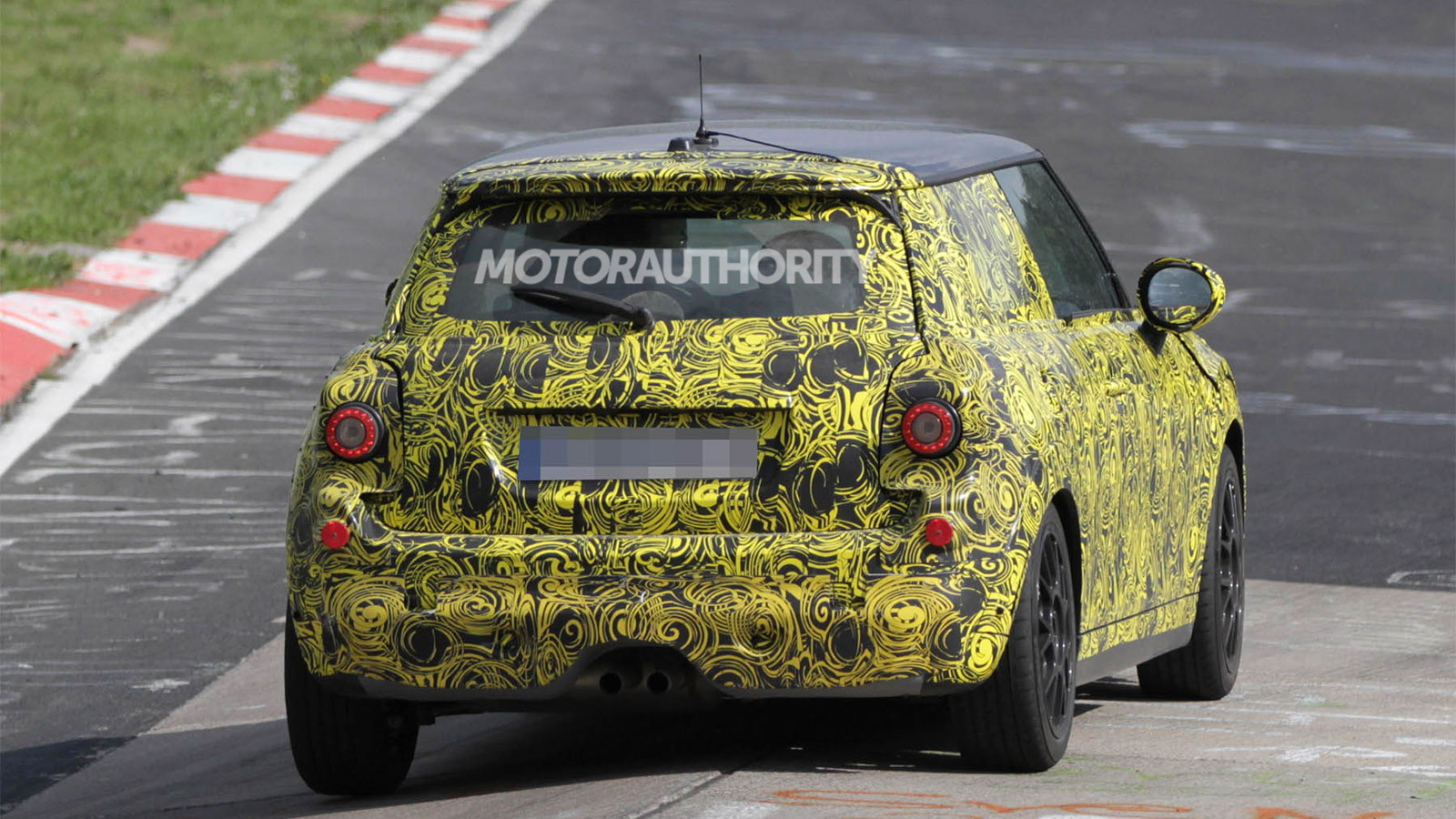 8
photos
A brand new generation of the MINI Cooper is just around the corner, and that means replacements for all the different variants including the sportier S and John Cooper Works trims, as well as new versions of the Clubman, Countryman and all the other bodystyles MINI is now offering.

The first will be a new version of the regular MINI Cooper, prototypes of which we’ve been seeing for the good part of a year.

It’s due to be revealed in the first half of next year as a 2014 model.

The second model, a prototype of which we’ve also spotted testing, will be the sportier MINI Cooper S, which is likely to land in showrooms around the same time. Here is an exclusive spy video of the new MINI Cooper S testing on the Nürburgring and on some of the German race track’s surrounding roads.

A clear giveaway that this is the sportier Cooper S and not just the regular Cooper are the centrally-mounted exhaust tips. The prototype is also wearing bigger wheels than previously seen, suggesting it’s running bigger brakes and high-performance tires.

Like the current model, the new 2014 MINI Cooper S should feature a turbocharged 1.6-liter four-cylinder engine sending drive to its front wheels. A twin-scroll turbocharger, direct-injection technology and variable valve timing will ensure it at least matches the 208-horsepower rating of the current model, but produce fewer emissions.

A six-speed manual should remain standard, though the current model’s six-speed automatic may be replaced by a more efficient eight-speed ‘box. Engine stop-start technology is also likely to feature.

Stay tuned for updates as development of the 2014 MINI Cooper S continues.