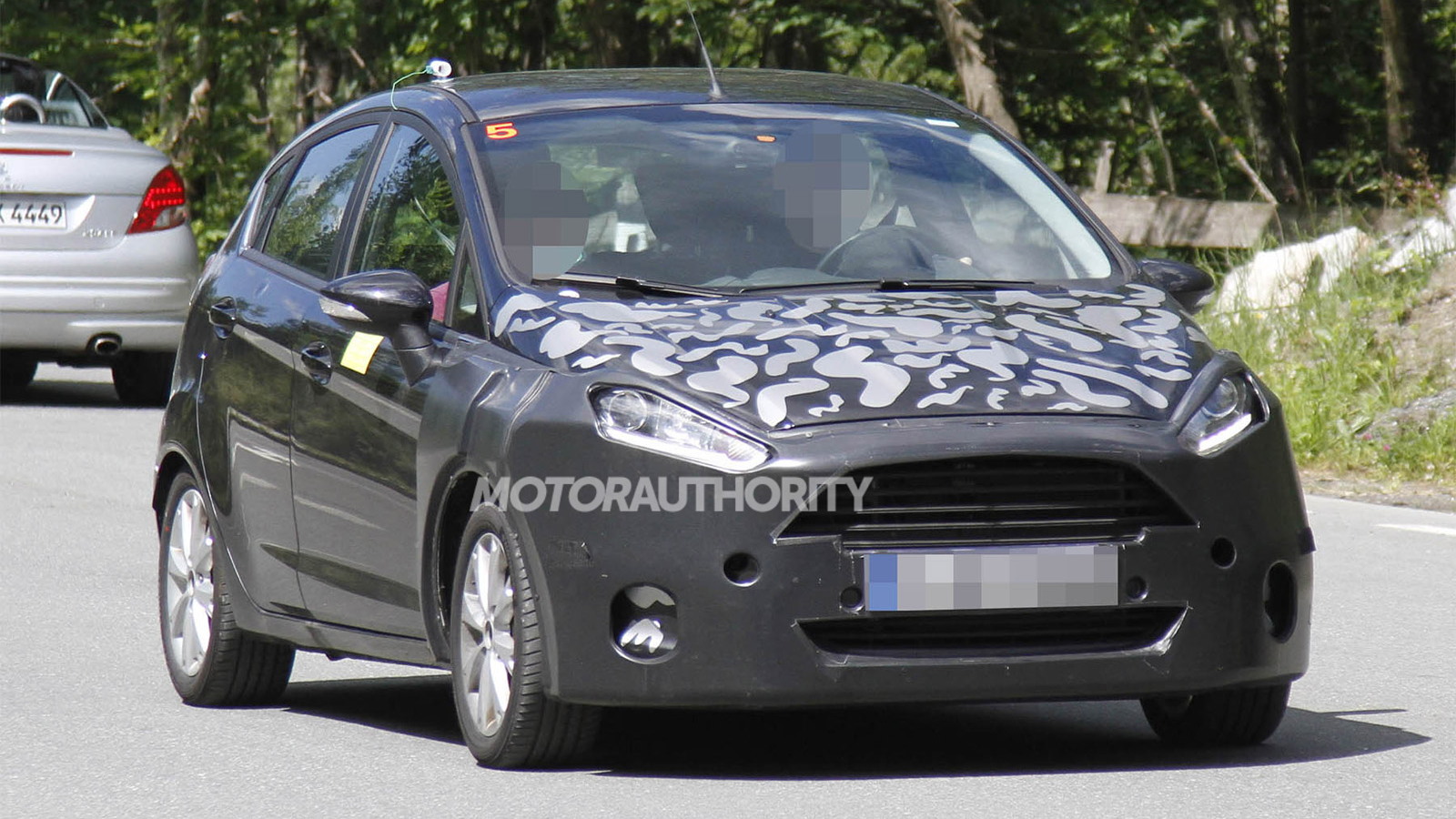 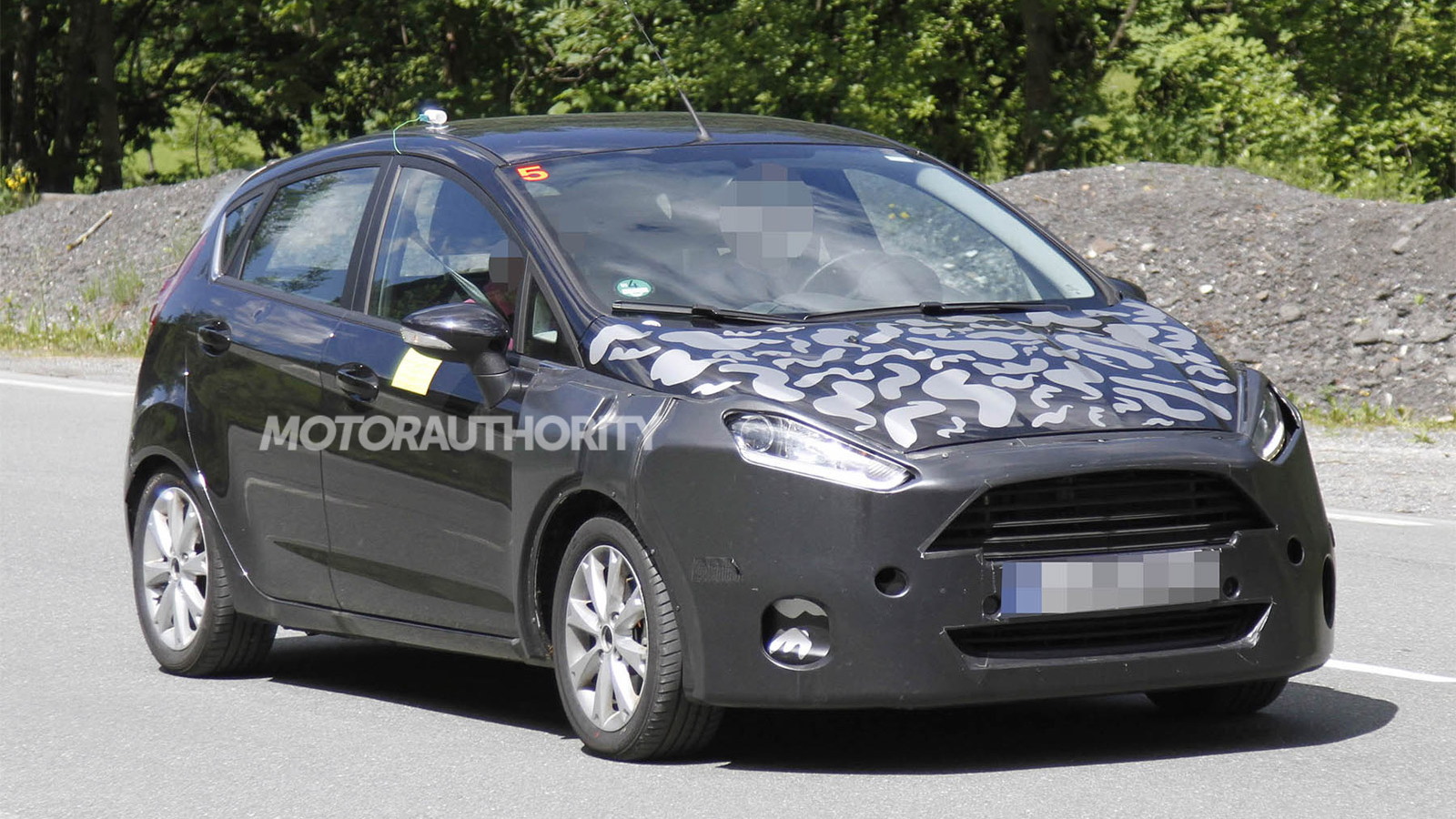 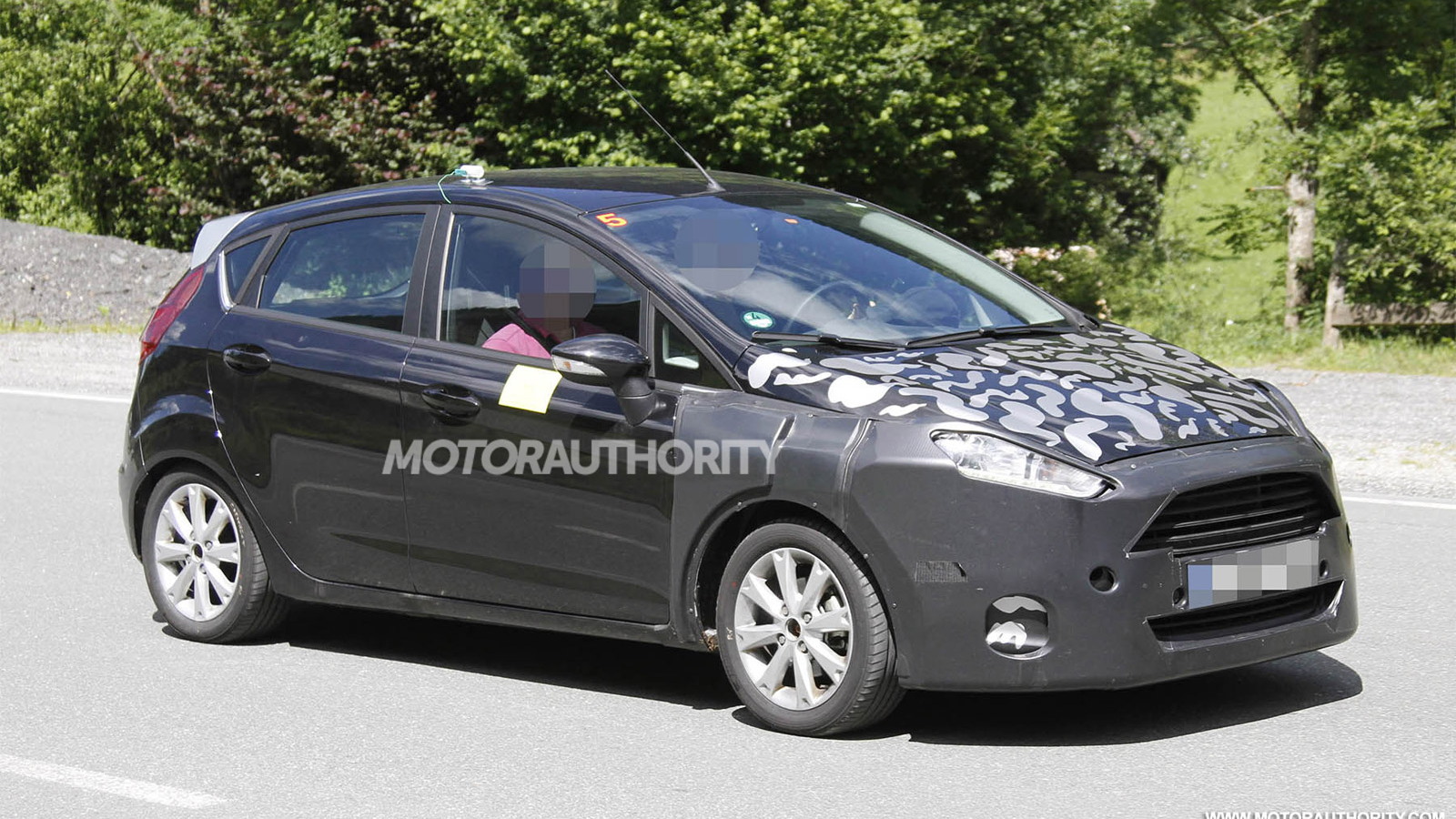 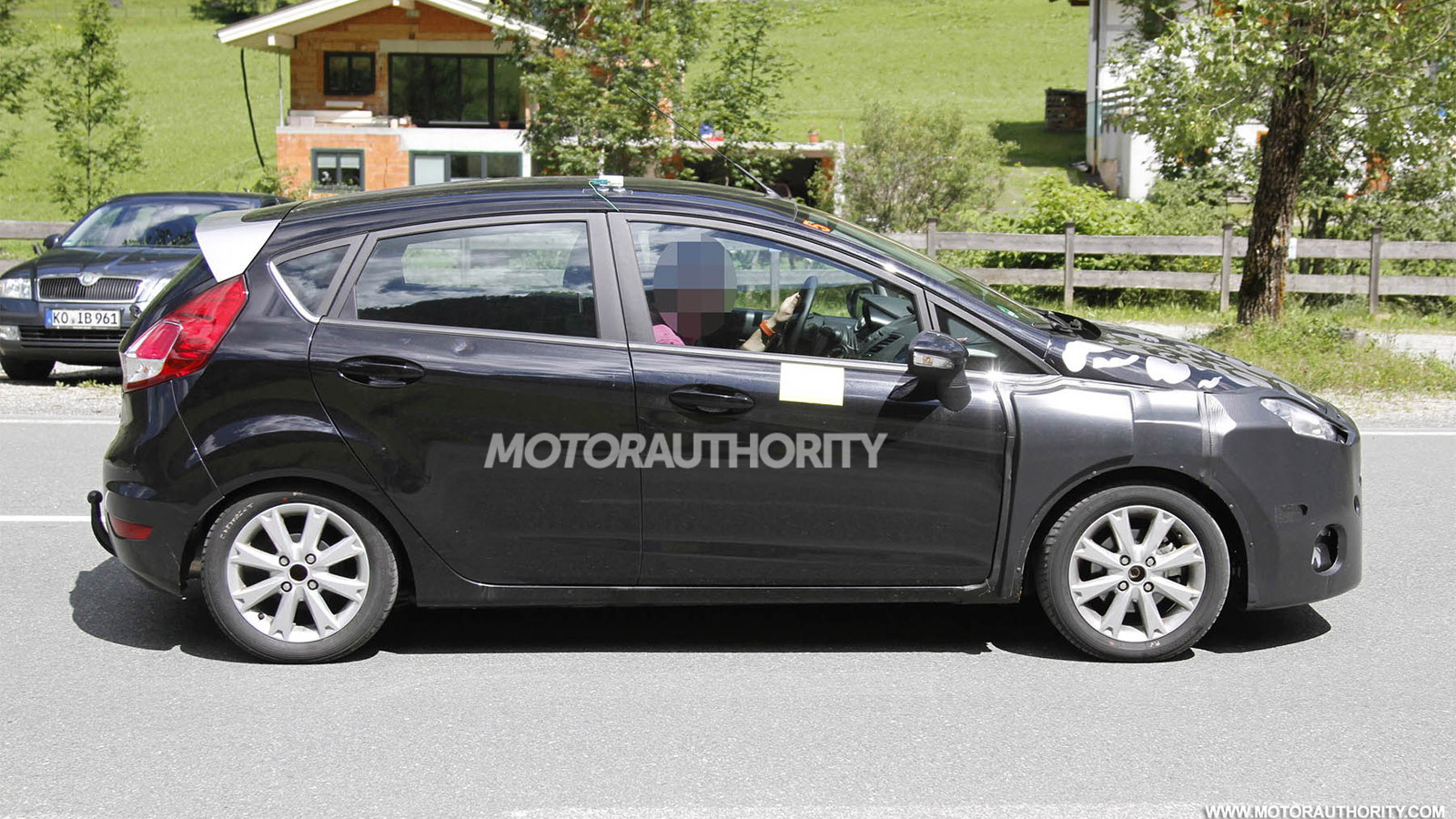 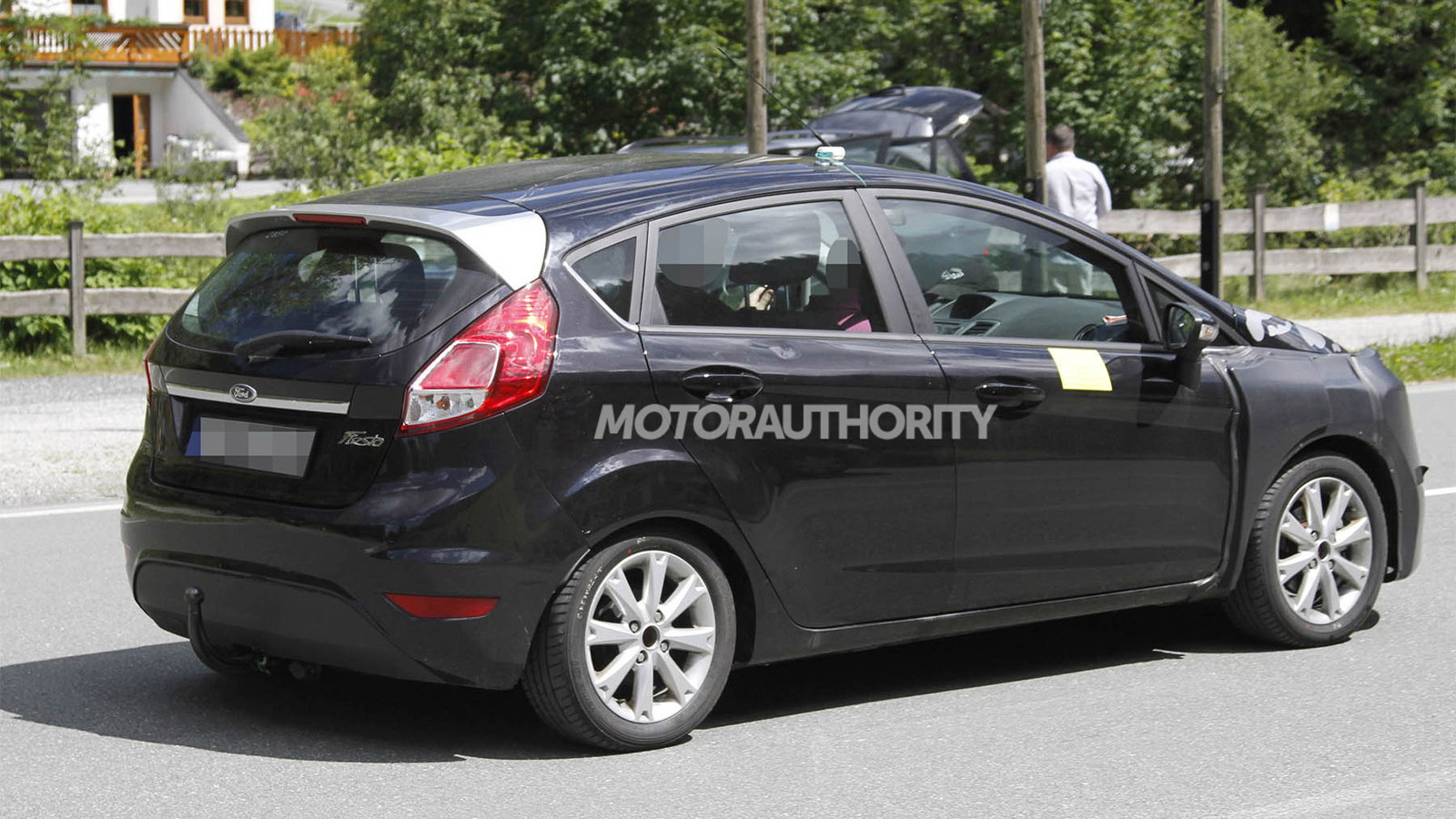 16
photos
Ford’s Fiesta hatchback and sedan has only been on sale in the U.S. for a bit over two years but Europeans have been buying it up since the middle of 2008.

Now that it’s 2012 the car is due for a mid-cycle facelift and right on cue prototypes have been spotted undergoing testing around Europe.

The lack of camouflage gear on most of the prototype suggests that this will only be a mild update, with only the front-end expected to receive significant changes.

We can clearly see a new headlight design incorporating LED detailing and a much sharper look. They will most likely resemble the units seen on the recently revealed 2013 Ford EcoSport crossover, which itself is based on Fiesta running gear. The shape of tail-lights look the same, but their internal graphic is new.

One of our spy photographers managed to spot a vehicle log book inside a previous prototype. Its cover sheet revealed that the prototype was packing a 1.0-liter GDI unit rated at 80 horsepower. GDI is short for gasoline direct injection, suggesting that Ford will also sell its Fiesta with non-EcoBoosted three-cylinder engines.

Look out for the reveal of the facelifted 2014 Ford Fiesta later this year, with first sales to start early next.

The sporty Fiesta ST, meanwhile, which will come in both three- and five-door flavors, will deliver 177 horsepower to its front wheels via a six-speed manual transmission. The car has already been revealed and should make its showroom debut in the coming months.