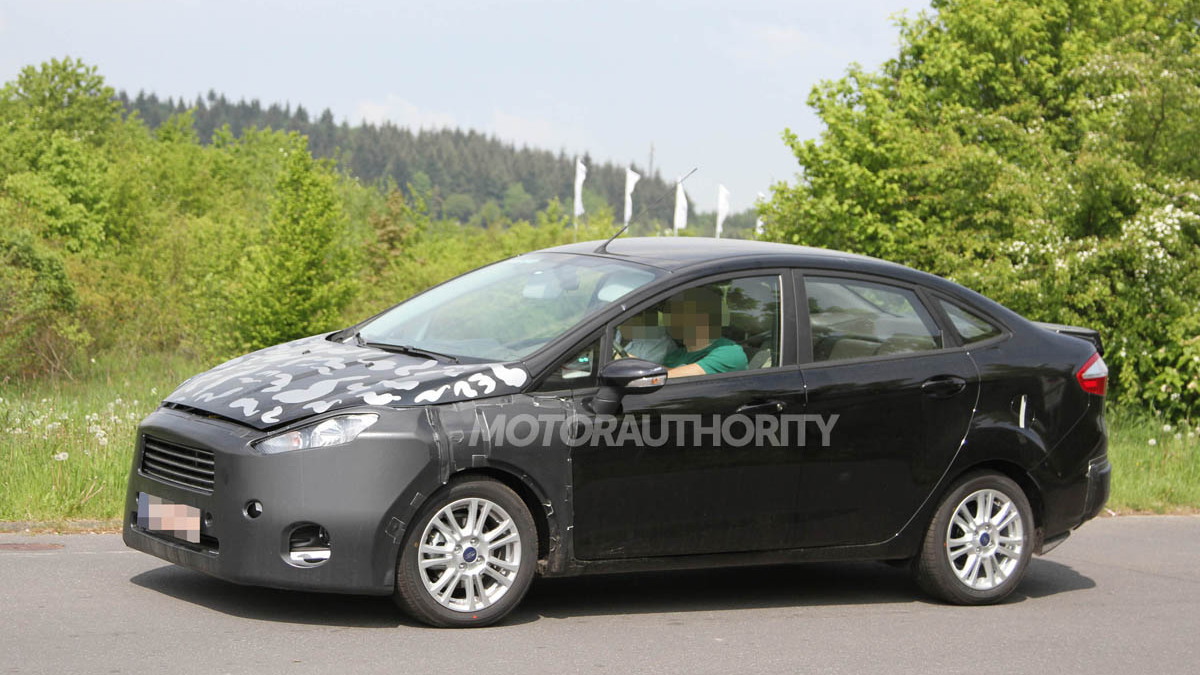 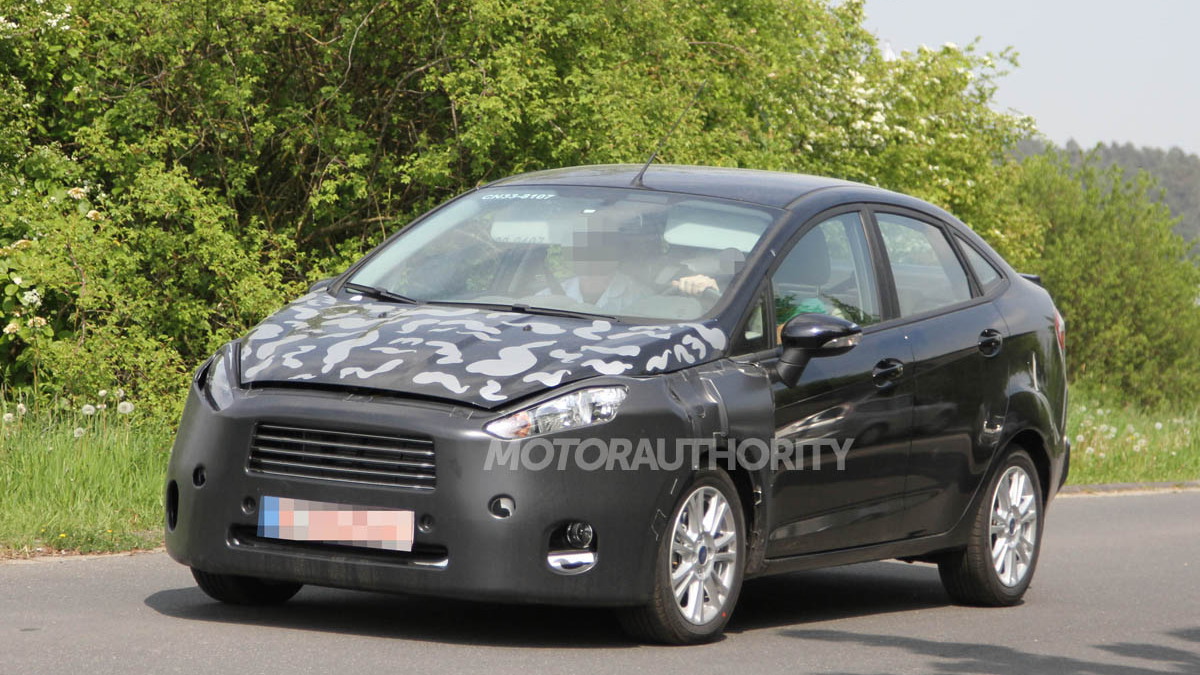 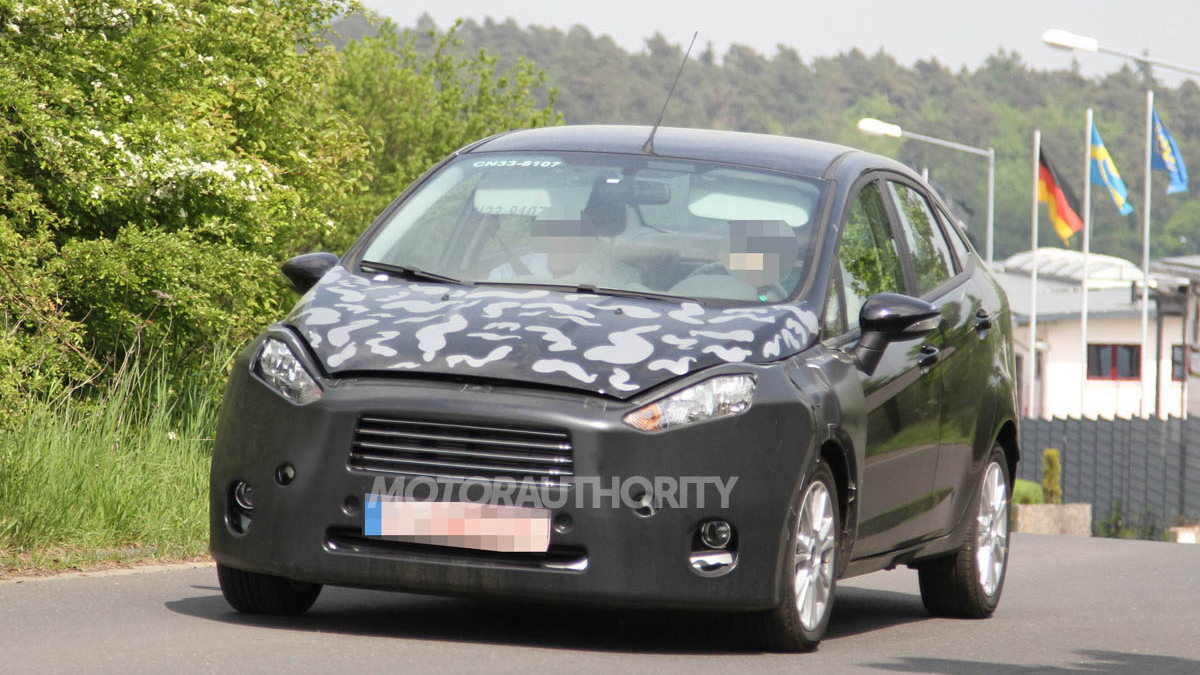 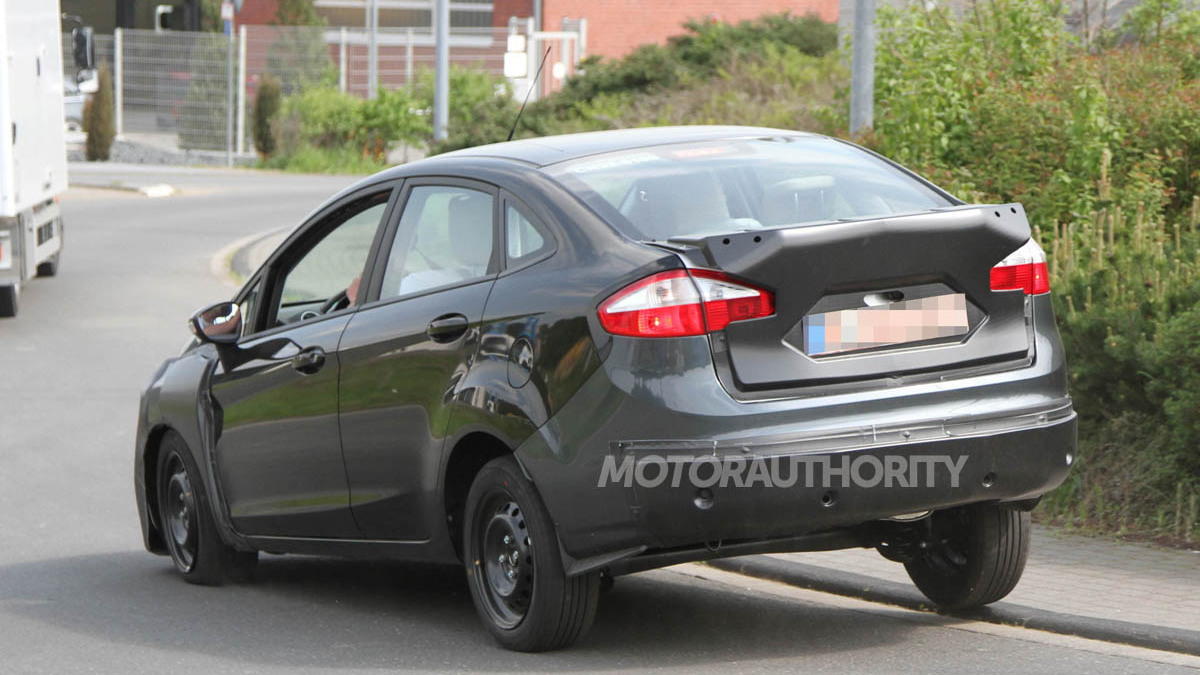 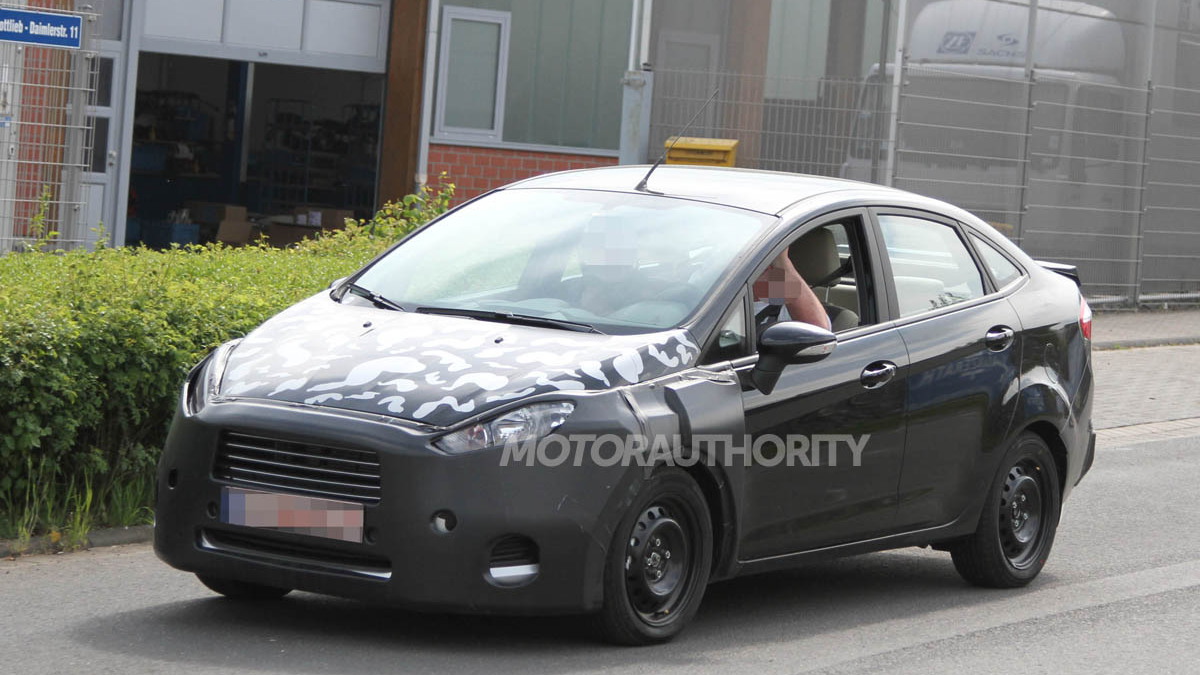 8
photos
The 2014 Ford Fiesta is already well on its way, bringing mild updates to both the hatchback and sedan alike.

These are the first spy shots of the updates to the 2014 Fiesta sedan, and they show a similar path of progress to the hatchback caught on camera earlier this year.

You might be wondering why Ford is updating the Fiesta already--after all, it's only been on sale in the U.S. for a tick under two years. But for the rest of the world, the current Fiesta has been around since 2008, and the four-year run puts it in prime time for a mid-cycle refresh.

And a mild refresh is exactly what we'll be getting--new headlight tweaks with LED detailing, revised front and rear bumper covers, a slightly revised trunk lid, and some minor interior changes are expected.

Under the hood, there may be more than mild updates, however, with a 1.0-liter EcoBoost three-cylinder that may be headed our way in the form of the Fiesta EcoNetic. Rated at up 51 mpg combined, the Fiesta EcoNetic may be the hybrid alternative many buyers are looking for.

We expect the 2014 Ford Fiesta to arrive later this year. For those with a bit more taste for performance, the sporty Ford Fiesta ST was revealed this spring at the 2012 Geneva Motor Show and should make its showroom debut later in the year as well.