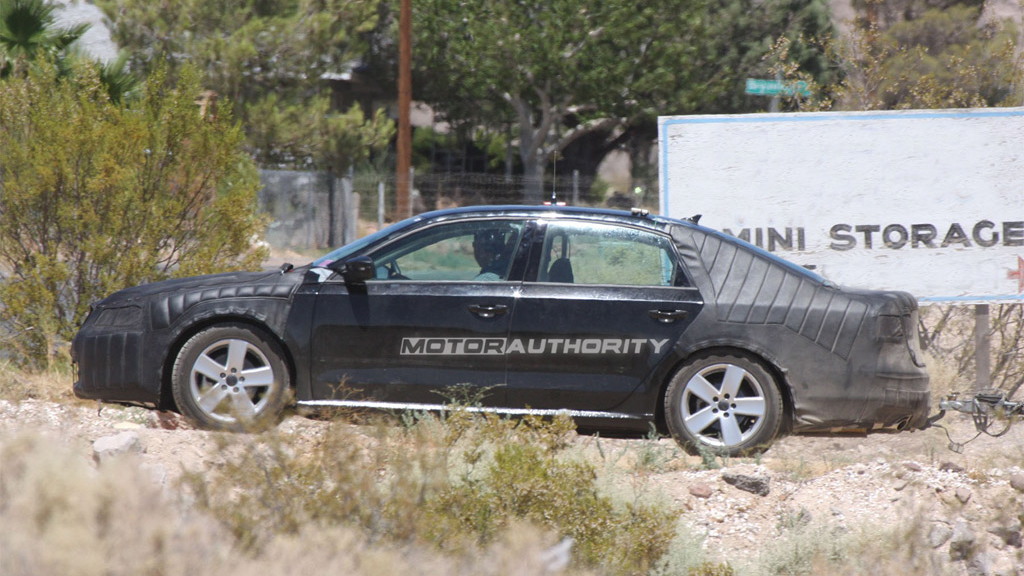 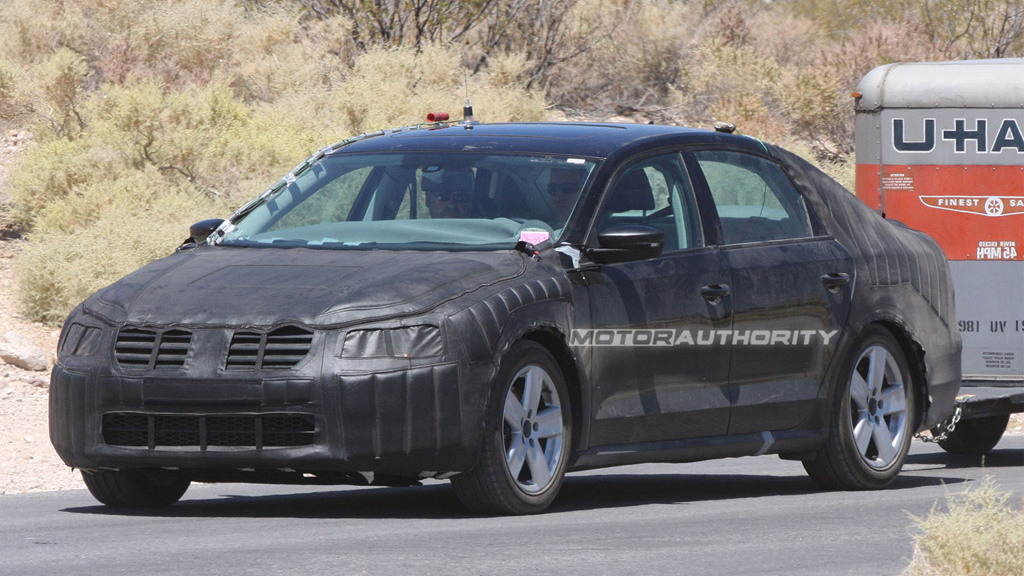 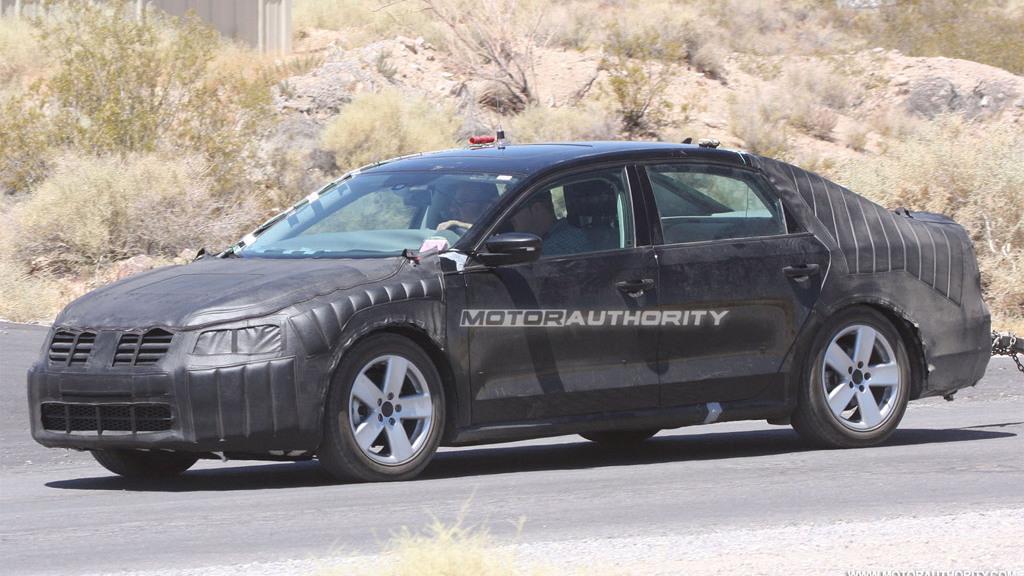 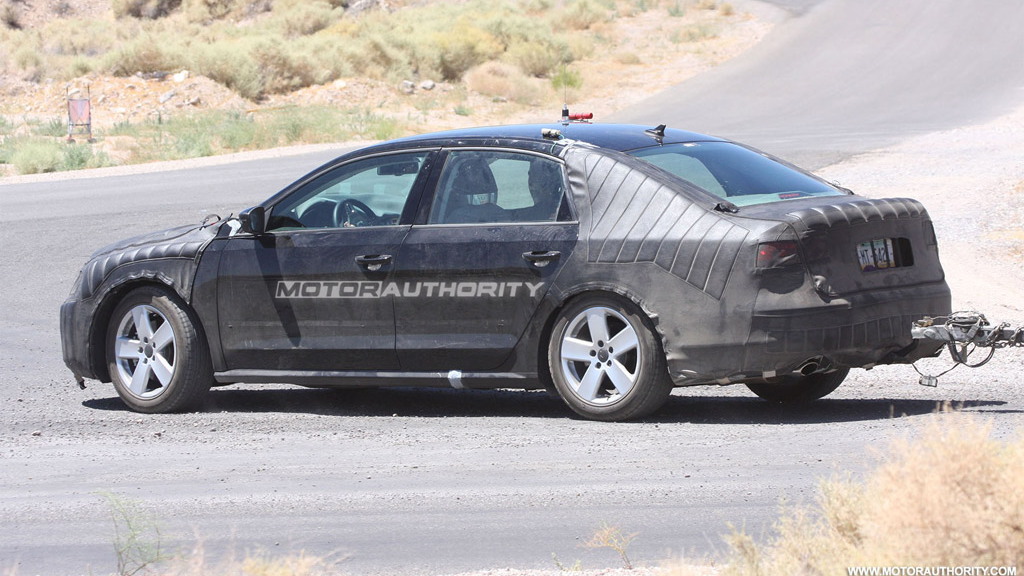 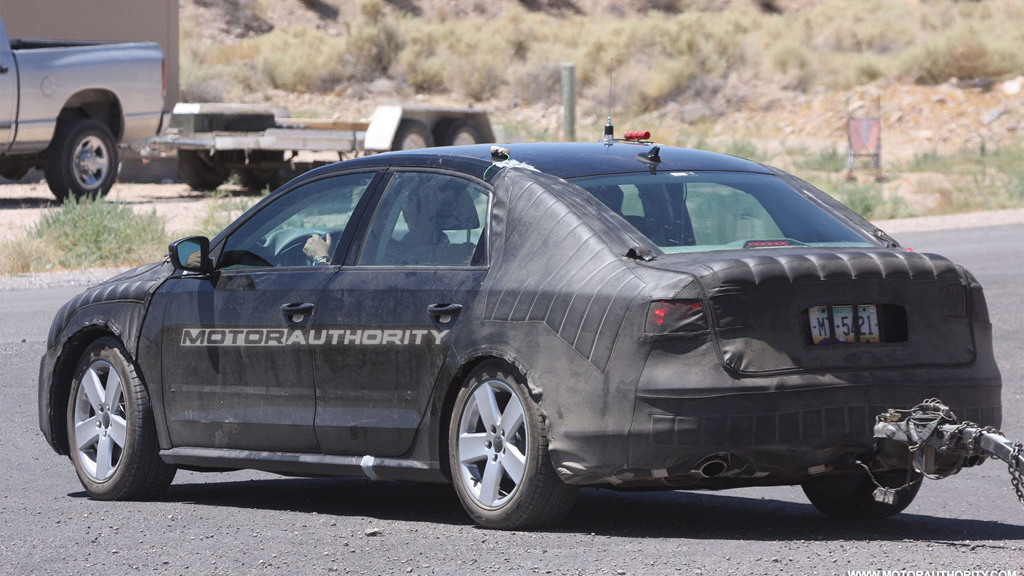 The Passat has been a relative success for Volkswagen in the U.S., but the automaker is hard at work on a New Mid-size (or mid-market) Sedan, not-so-cleverly codenamed NMS, to replace it. The final design has already been approved and previewed previously in an official sketch, and now we have the first spy shots of prototypes testing on U.S. soil.

The new U.S.-targeted mid-size sedan will be bigger than the Passat but priced to start around $20,000 so that it can compete better with top-sellers like the Toyota Camry and Honda Accord. With the Passat’s pricing starting around the $28,000 mark, Volkswagen was always at a disadvantage to its Japanese in American rivals in one of the country’s most popular segments.

With styling that's decidedly Jetta-esque, the NMS will certainly be handsome. Its styling may even preview the design direction of Volkswagen's future vehicles in America. Volkswagen is also expected to have high design goals for the NMS, including a wide range of standard safety and multimedia equipment, sporty performance, and fundamentally useful equipment like ample cupholders and roomy seating.

Powertrains will include FSI gasoline units and possibly TDI diesel engines, both mated to a dual clutch gearbox in at least some trim levels. The automaker expects about 30 percent of the cars sold to be diesel-powered, a ratio very similar to the Jetta and Golf TDIs. Efficiency will also be part of the focus for the NMS, as it would be reckless to disregard such an important market factor, but it is not the headline of the NMS thus far.

Production of the Volkswagen NMS will start at the automaker’s new plant in Chattanooga, Tennessee towards the end of the year, with sales scheduled to roll in early 2011.

Finally, the stylish Passat CC four-door coupe will remain on sale, with the NMS and CC likely paired as are the Nissan Altima and Maxima, close in size but distinct in mission.