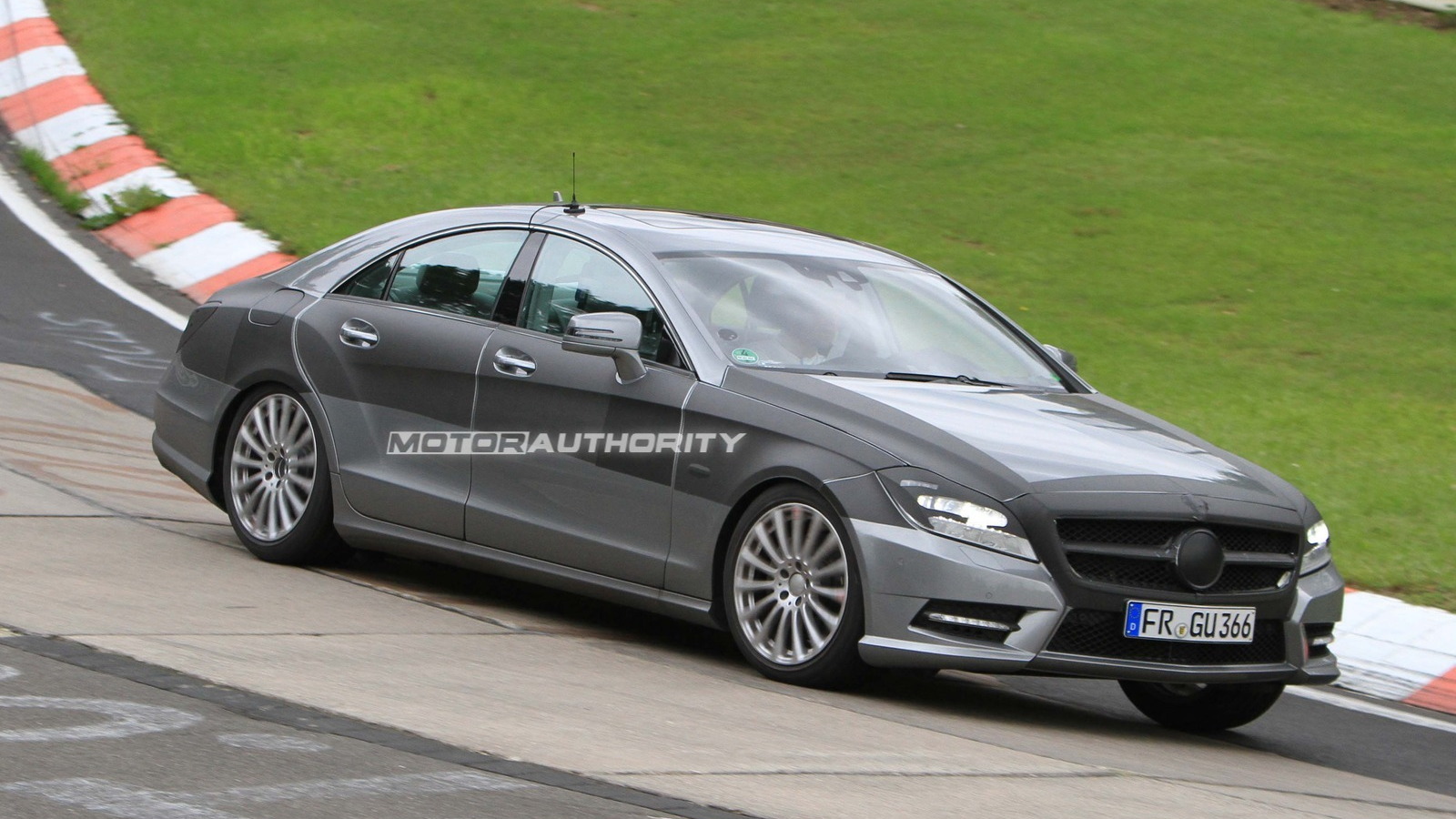 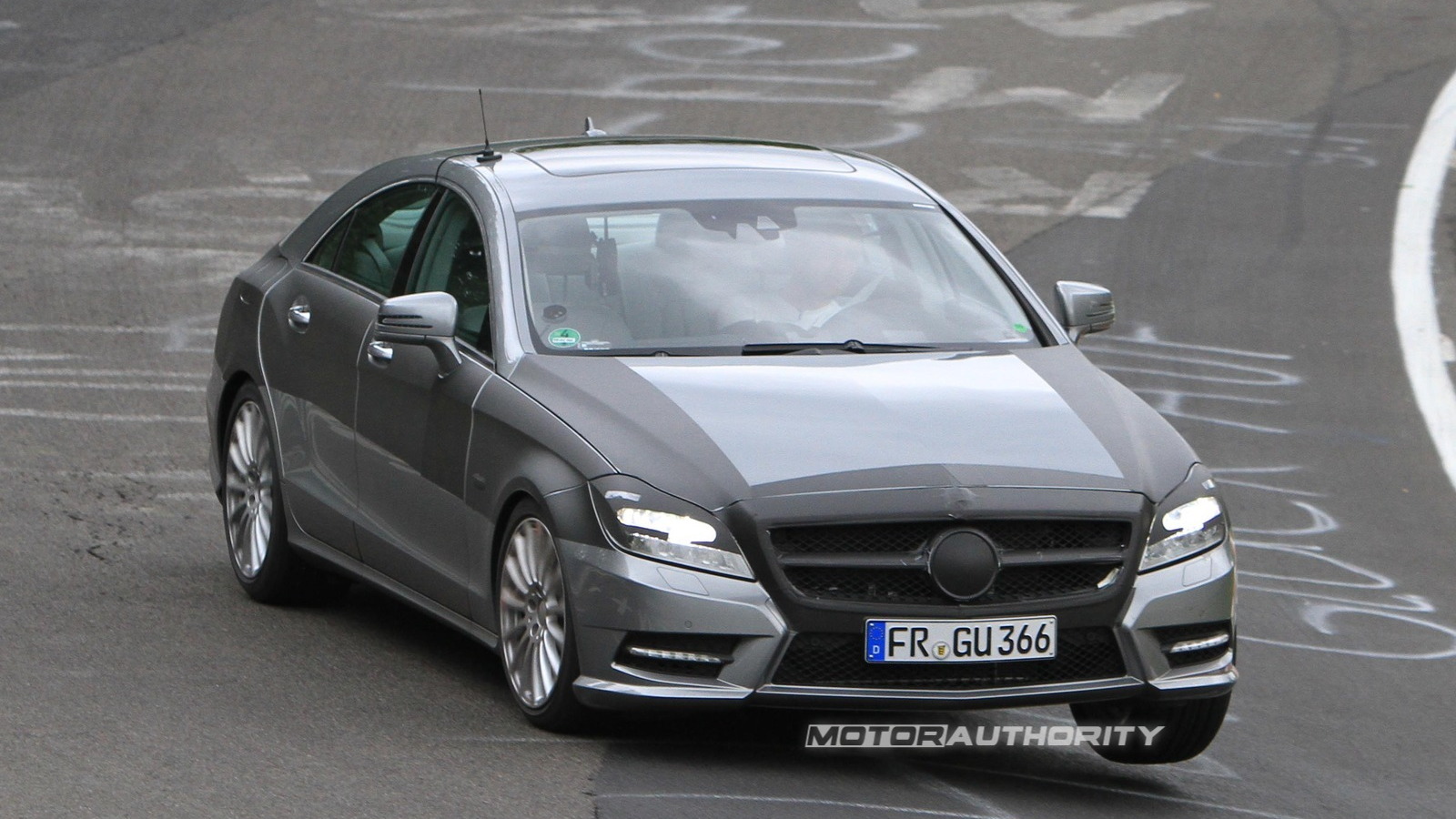 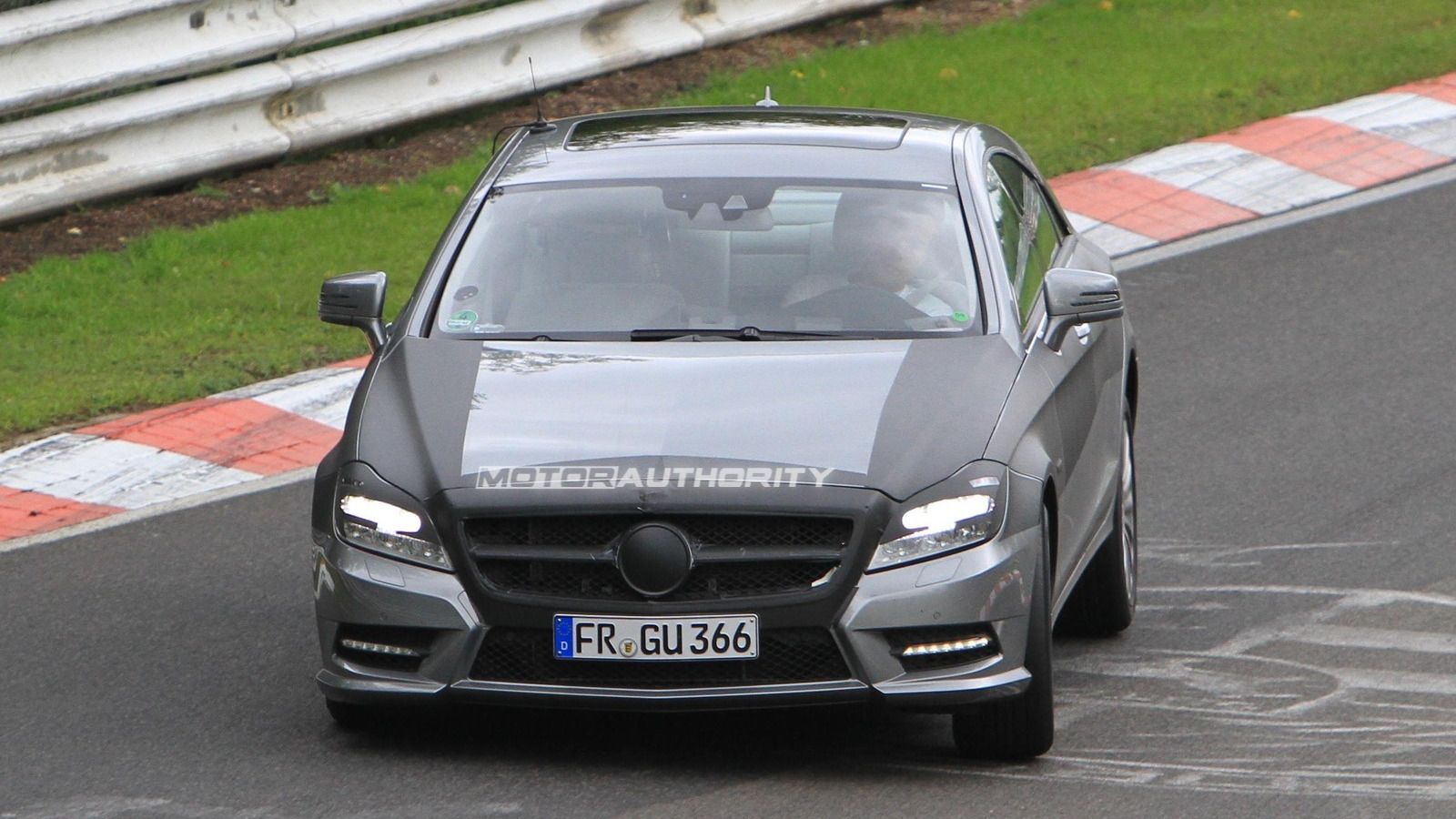 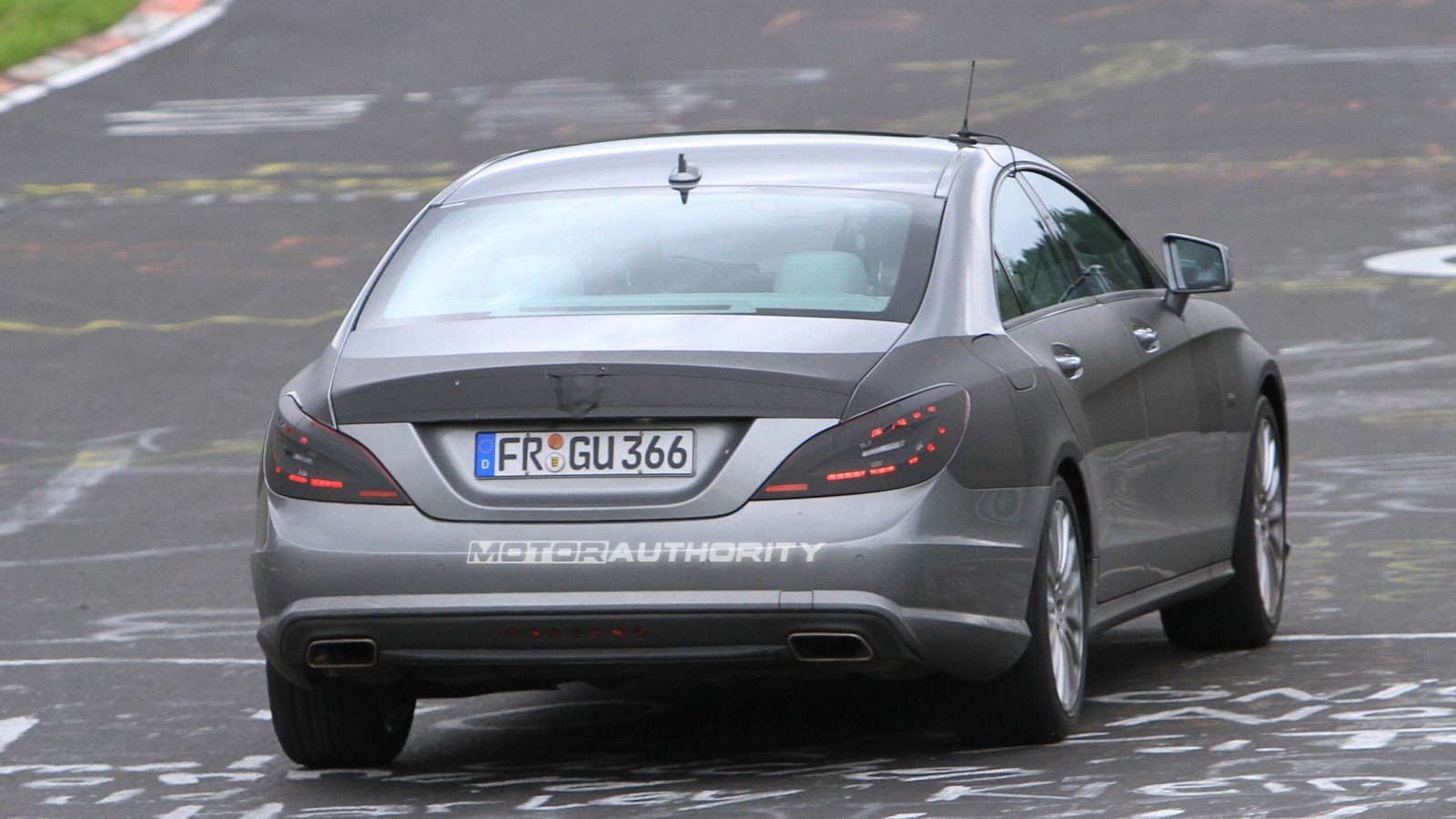 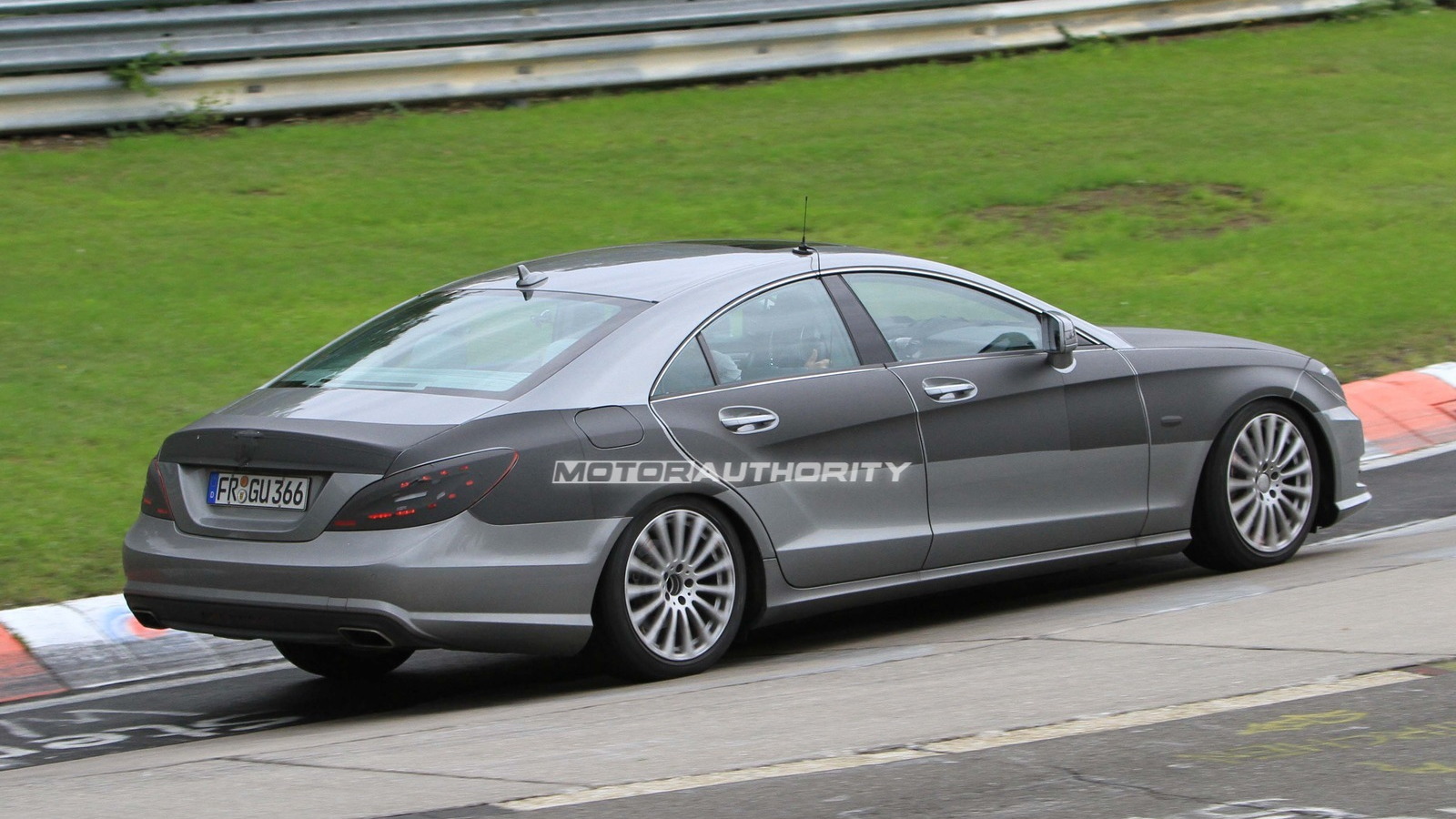 The Mercedes-Benz CLS ignited the four-door coupe market when it was first introduced back in 2004, and since then we’ve seen several other luxury rivals attempt to emulate the design with cars like the 2010 Porsche Panamera, recently revealed 2010 Aston Martin Rapide and upcoming Audi A7. And who needs a grainy leaked brochure photo when you've got crystal-clear spy images like these, with only minimal camouflage in the way?

The latest prototypes for the next-generation Mercedes-Benz CLS have been spotted several times recently, revealing a few subtle clues about the new model. The new car is expected to be launched late this year as a 2011 model and positioned more upmarket to bring it in line with some of its more premium rivals. This will also allow Mercedes-Benz to introduce a second four-door coupe model, rumored to be based on its next-generation small car platform.

The new design will feature a wider track, as indicated by the extended wheel arches seen on previous test mules, and according to insiders its platform is borrowed from the current S-Class sedan flagship rather than the E-Class like the current model though this is unconfirmed.

New to the CLS will be a hybrid option based on the same powertrain as the one used in the S400 BlueHybrid. Other engine options will include both V-6 and V-8 powerplants, naturally aspirated and twin-turbocharged. There will be a high-performance AMG model with a twin-turbocharged 5.5-liter V-8, which you can see spy shots of by clicking here.

Also rumored to be in the works is a new ‘shooting brake’ variant, which you can read about by clicking here.

Look out for the world debut of the 2011 Mercedes-Benz CLS at this September's 2010 Paris Auto Show.