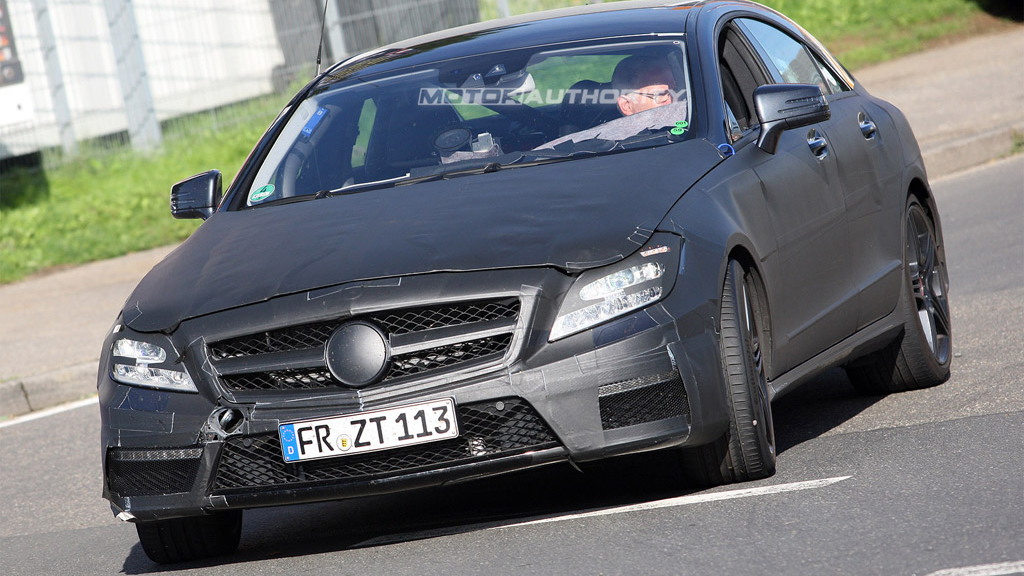 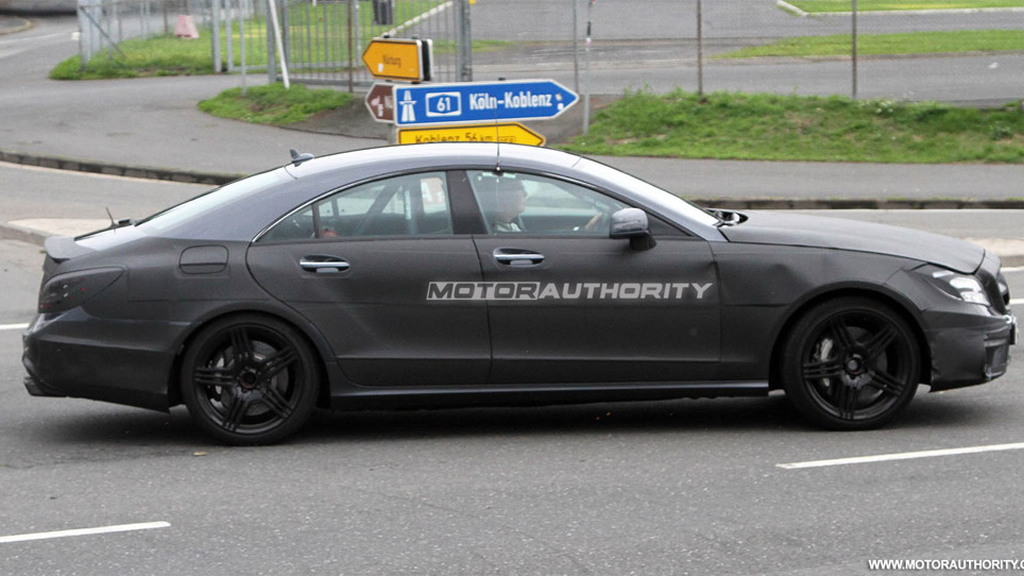 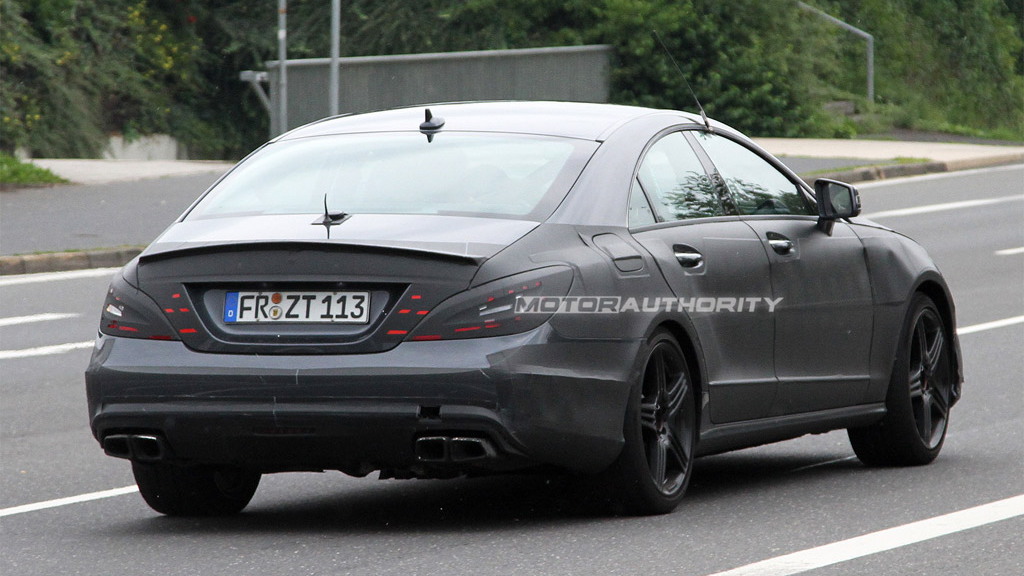 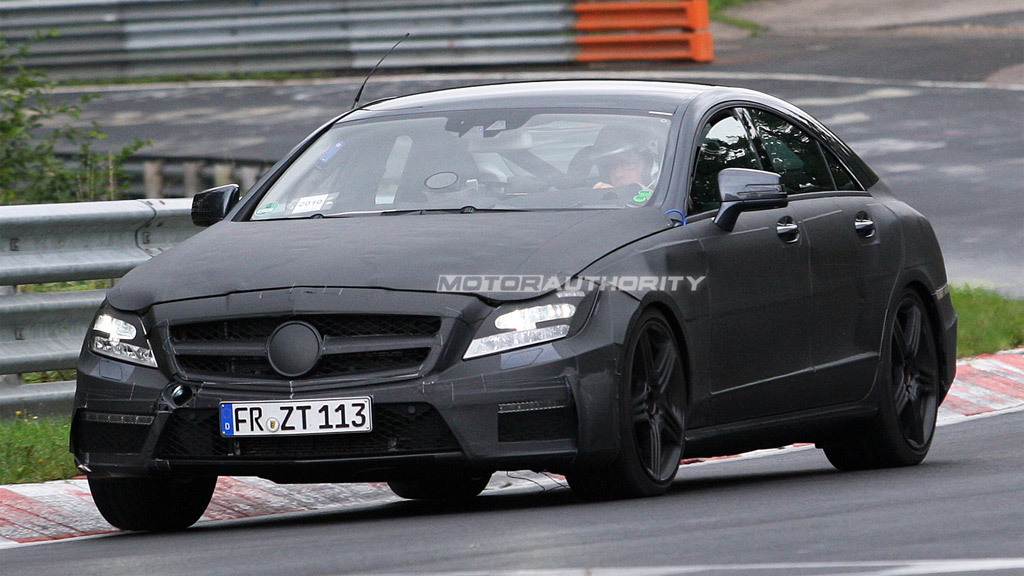 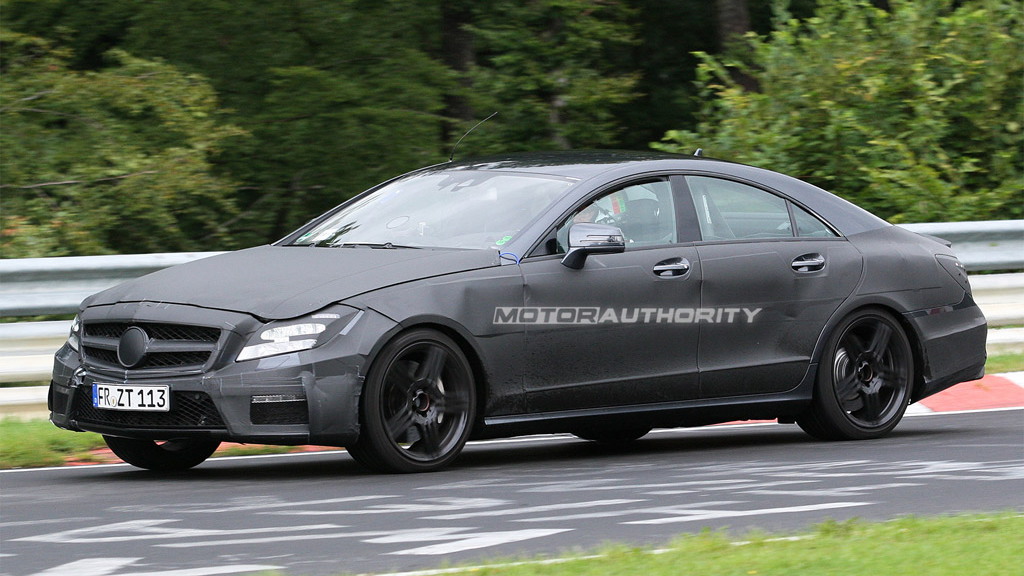 The Mercedes-Benz CLS ignited the four-door coupe market when it was first introduced back in 2004, and since then we’ve seen several other luxury rivals attempt to emulate the design with cars like the 2010 Porsche Panamera, recently revealed 2010 Aston Martin Rapide and upcoming Audi A7.

Now Mercedes-Benz is working on a new generation of the CLS and like the original there will also be a high-performance AMG model. This performance  model will still be called the CLS63 despite being fitted with the tuning division's latest twin-turbocharged 5.5-liter V-8. Peak output is expected to reach a generous 571 horsepower and 664 pound-feet of torque.

Clear giveaways that this is the AMG model testing in prototype form are the quad exhaust tailpipes, additional air vents on the hood, and oversized brakes--the latter seen glowing red hot as the prototype tackles the Nurburgring circuit in Germany.

Expect to see similar performance to that of the 2010 Mercedes-Benz E63, which means a 0-62 mph time of around 4.6 seconds. Drive is likely to be channelled rearward via AMG’s new SPEEDSHIFT MCT 7-speed sports transmission.

The new CLS range, including the AMG model, is expected to be launched in late 2010 as a 2011 model, and positioned more upmarket to bring it in line with some of its more premium rivals. This will also allow Mercedes-Benz to introduce a second four-door coupe model, rumored to be based on its next-generation small car platform.

For more information on the regular 2011 Mercedes-Benz CLS range, click here. Also rumored to be in the works is a new ‘shooting brake’ variant, which you can read about by clicking here.