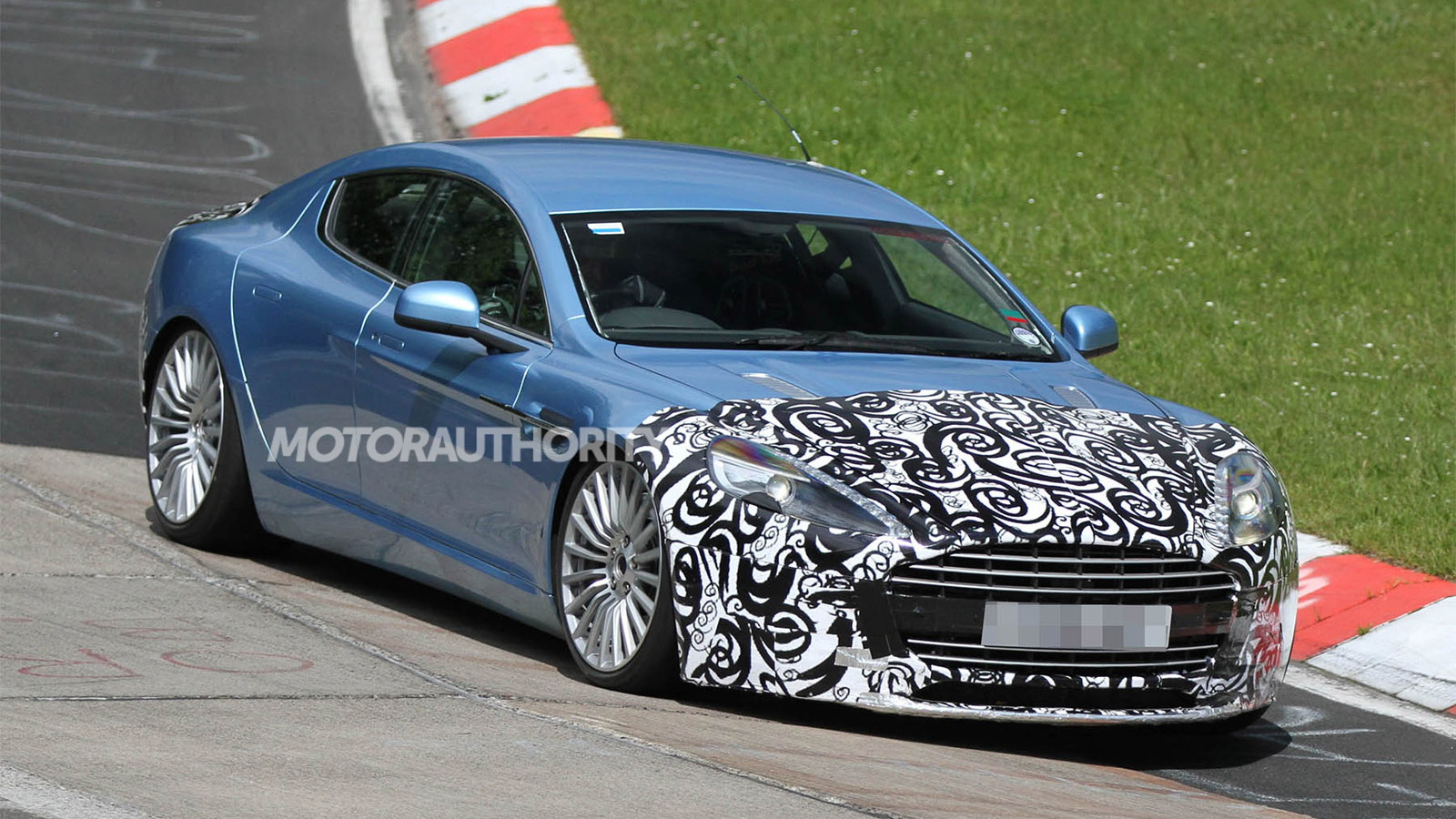 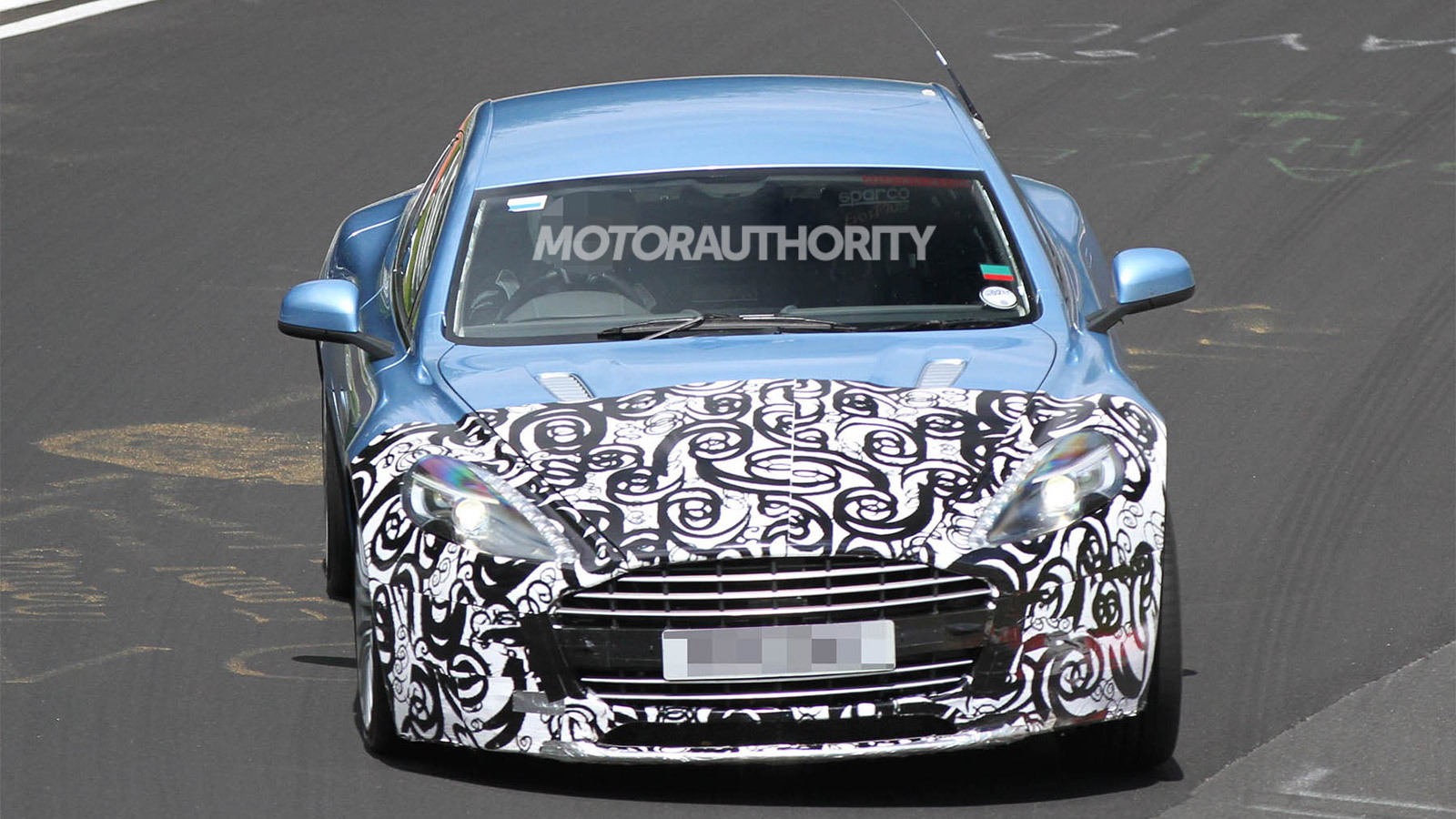 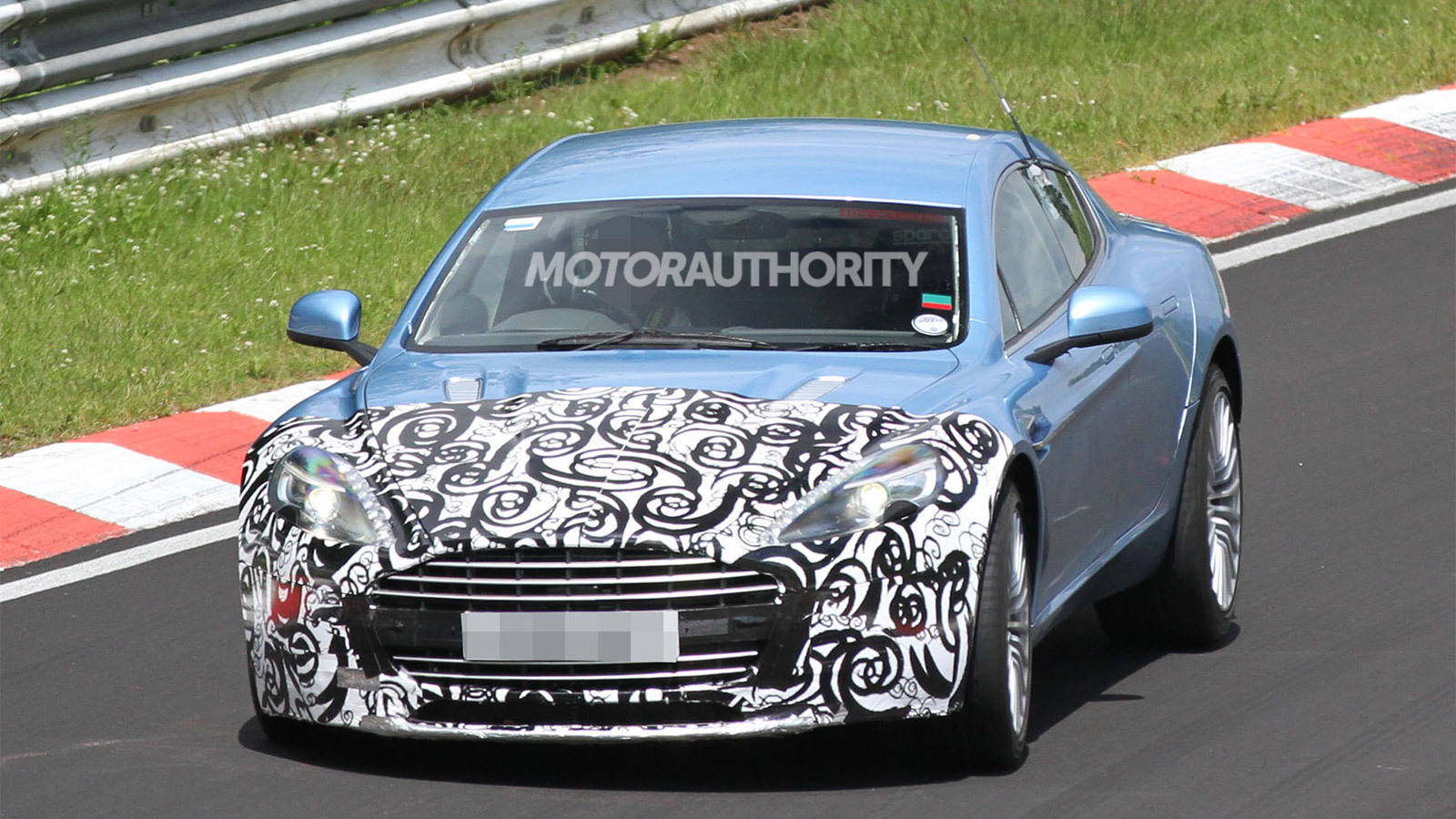 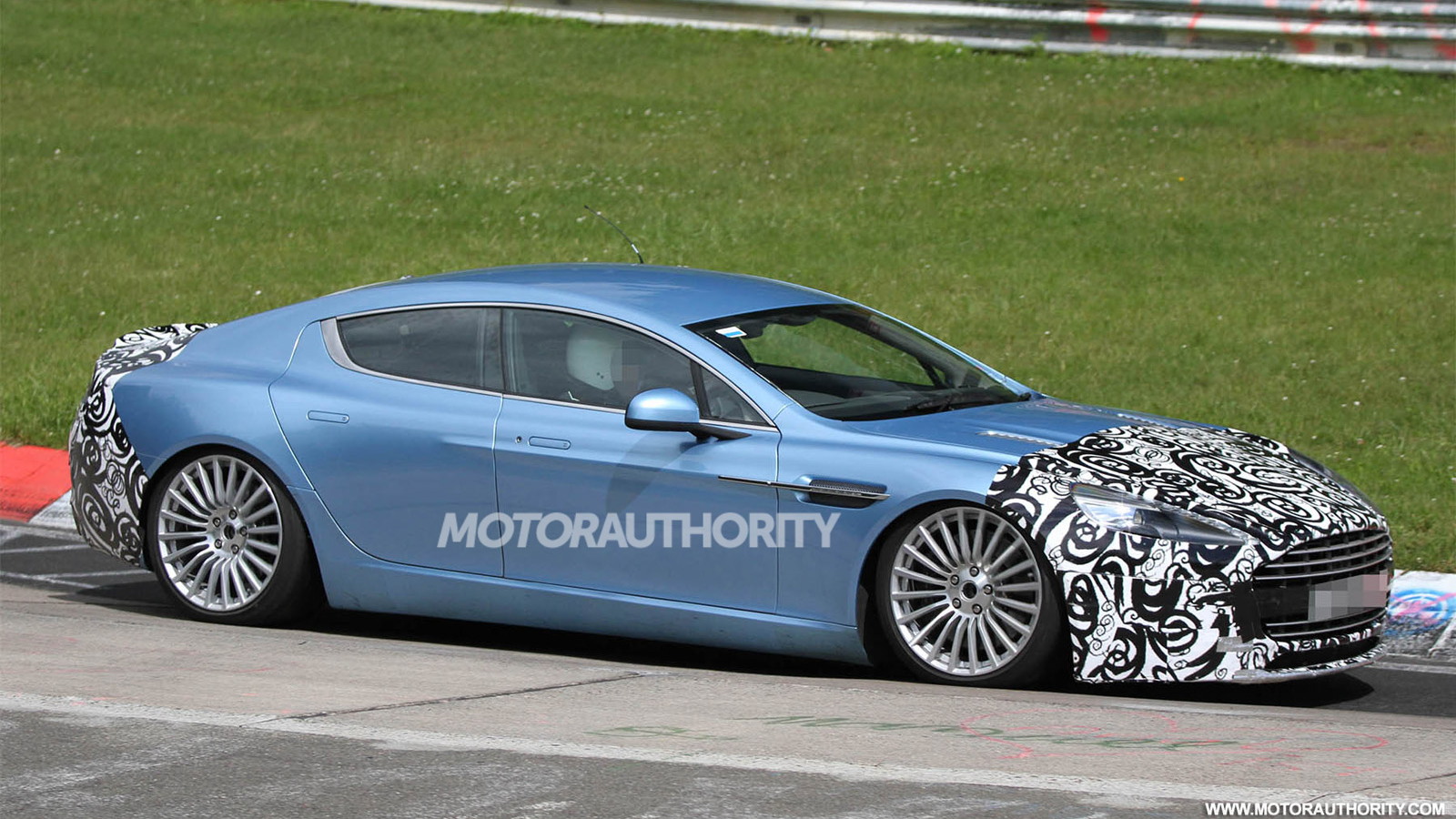 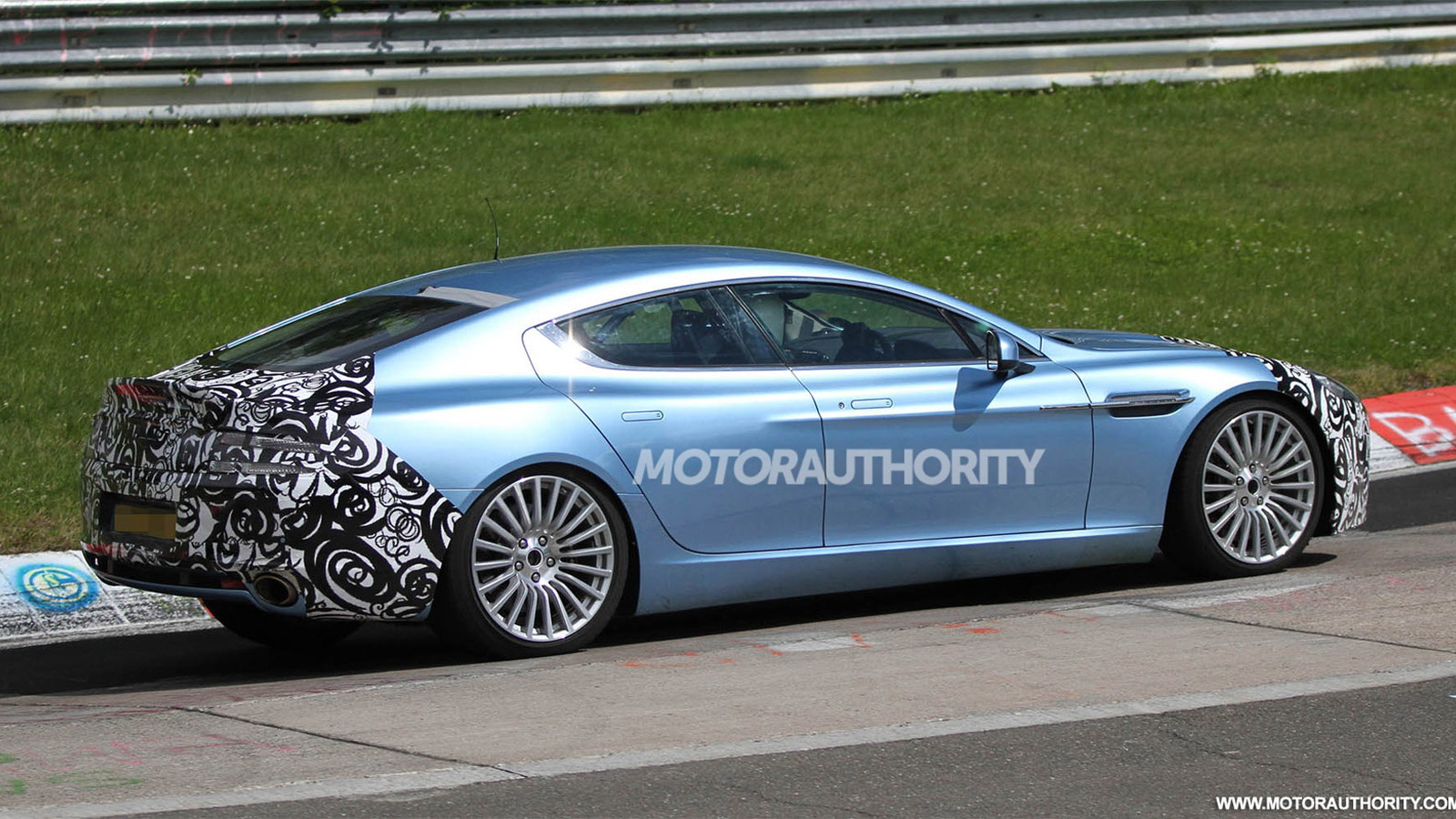 7
photos
Without a doubt the Aston Martin Rapide is one of the best looking four-doors currently on the market.

However, when it comes to the performance, the Rapide is left a little short compared to rivals like the Porsche Panamera and CLS63 AMG, both of which deliver well over 500 horsepower versus the Rapide’s 470-horsepower rating.

That may all be about to change as a new Rapide prototype has been spotted at the Nürburgring, and the pace at which it was seen lapping the famous track suggests a more powerful version of the car’s 6.0-liter V-12 is residing under its hood.

Aston Martin recently revealed its latest flagship model, the 2013 Vanquish, which serves as the replacement for the outgoing DBS and comes with a rating of 565 horsepower. This now leaves the door open for Aston’s engineers to turn up the wick on some existing models.

This Rapide prototype is thus likely to be packing more than the regular model’s 470 horsepower. How much more remains to be seen but we wouldn’t be surprised to see if gets the outgoing DBS’ 510-horsepower V-12. Carbon-ceramic brakes and stiffened suspension should also feature.

Some reports have suggested the new model will be called the Rapide S. While this is uncertain, what’s clear is that it will feature some revised styling both front and rear. This will include tweaked bumpers for a lower, more aerodynamic look, as well as revised lights and possibly even an integrated ducktail spoiler similar to the one on the new Vanquish. Importantly, these changes are expected to be adopted by the regular Rapide, which is thought to be also receiving some updates for the 2013 model year.

The new Rapide S should land in showrooms around the end of the year, with pricing to start around $20,000 to $30,000 over a standard Rapide, which currently lists for just over $200k.