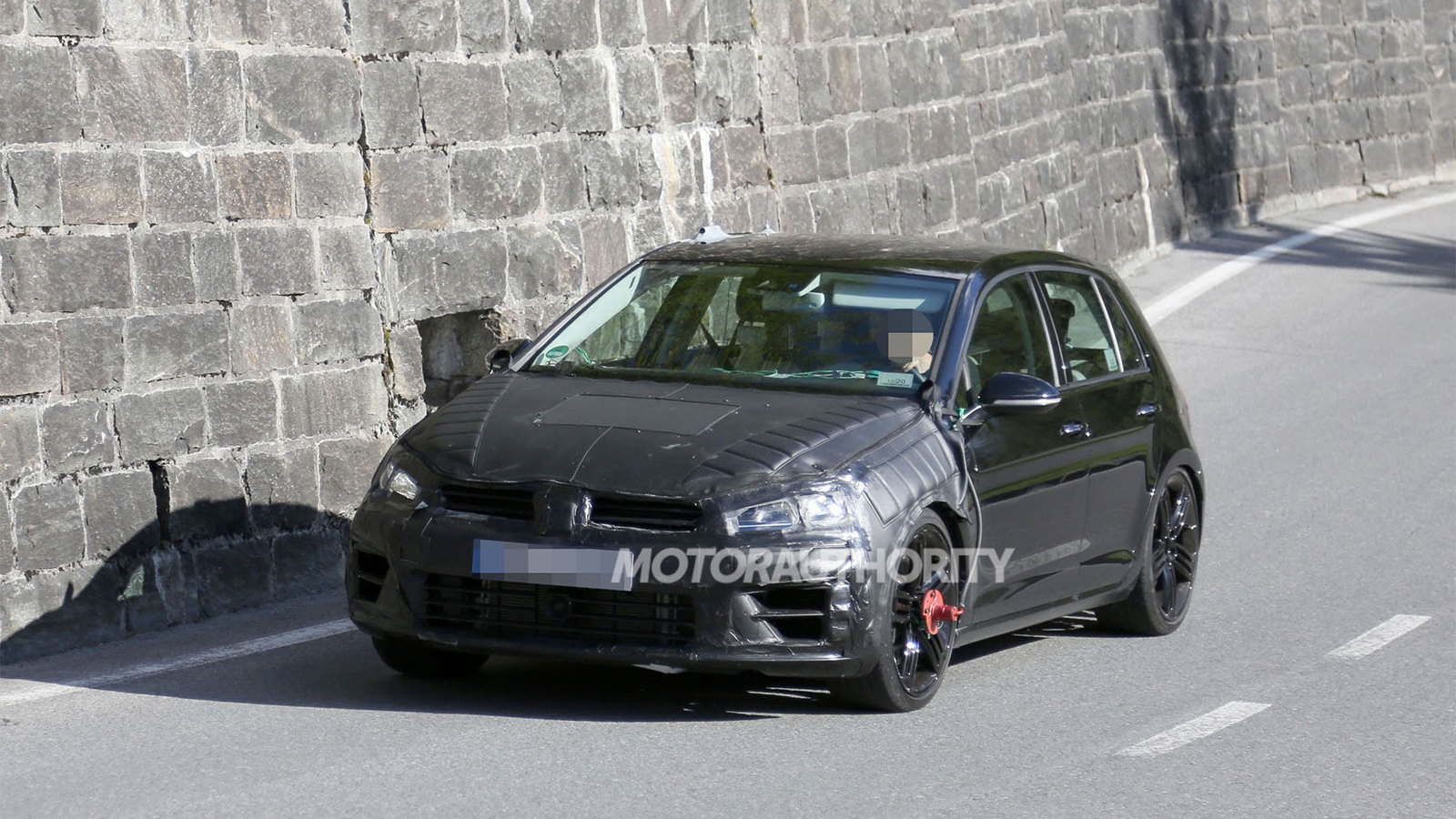 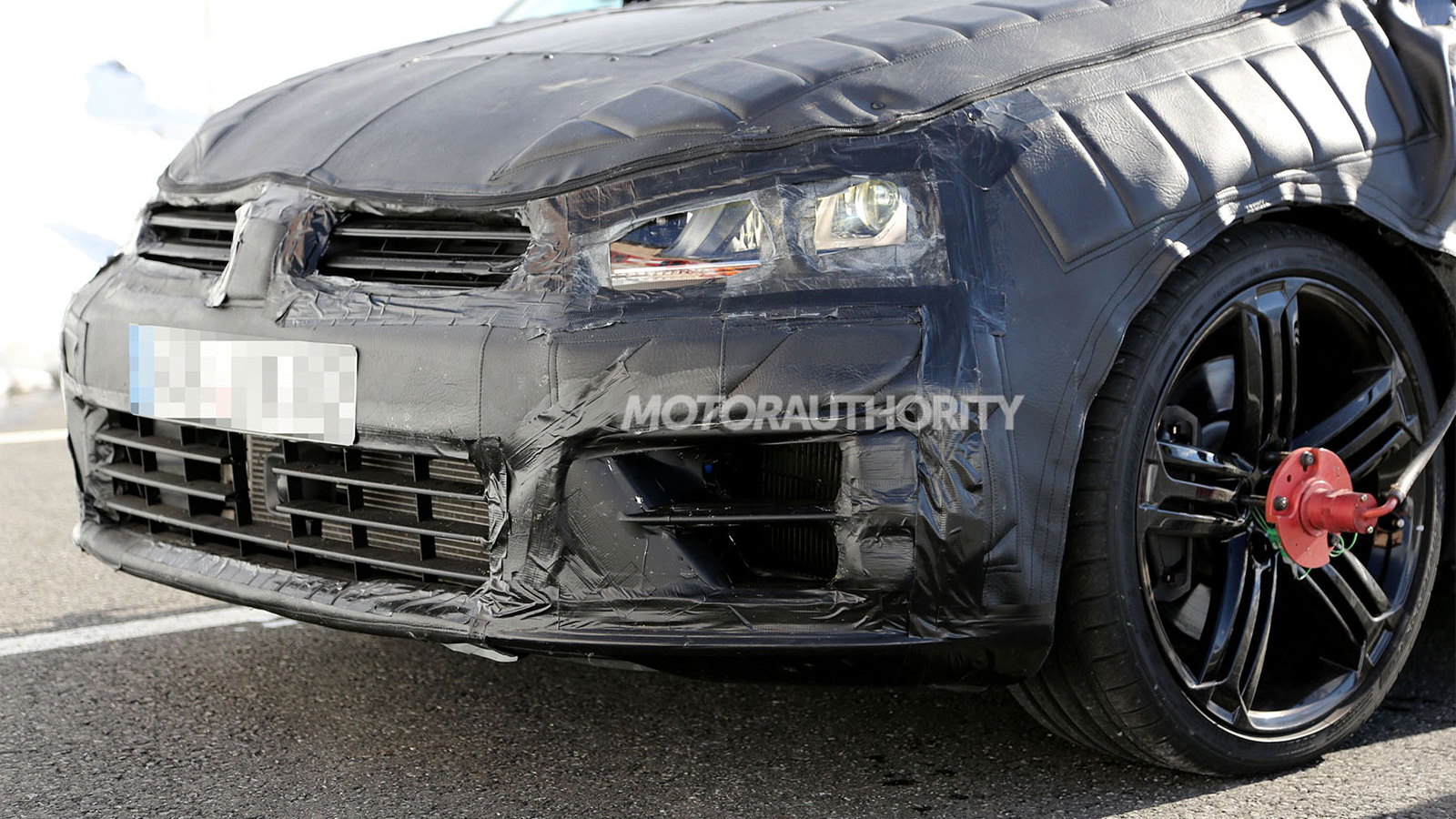 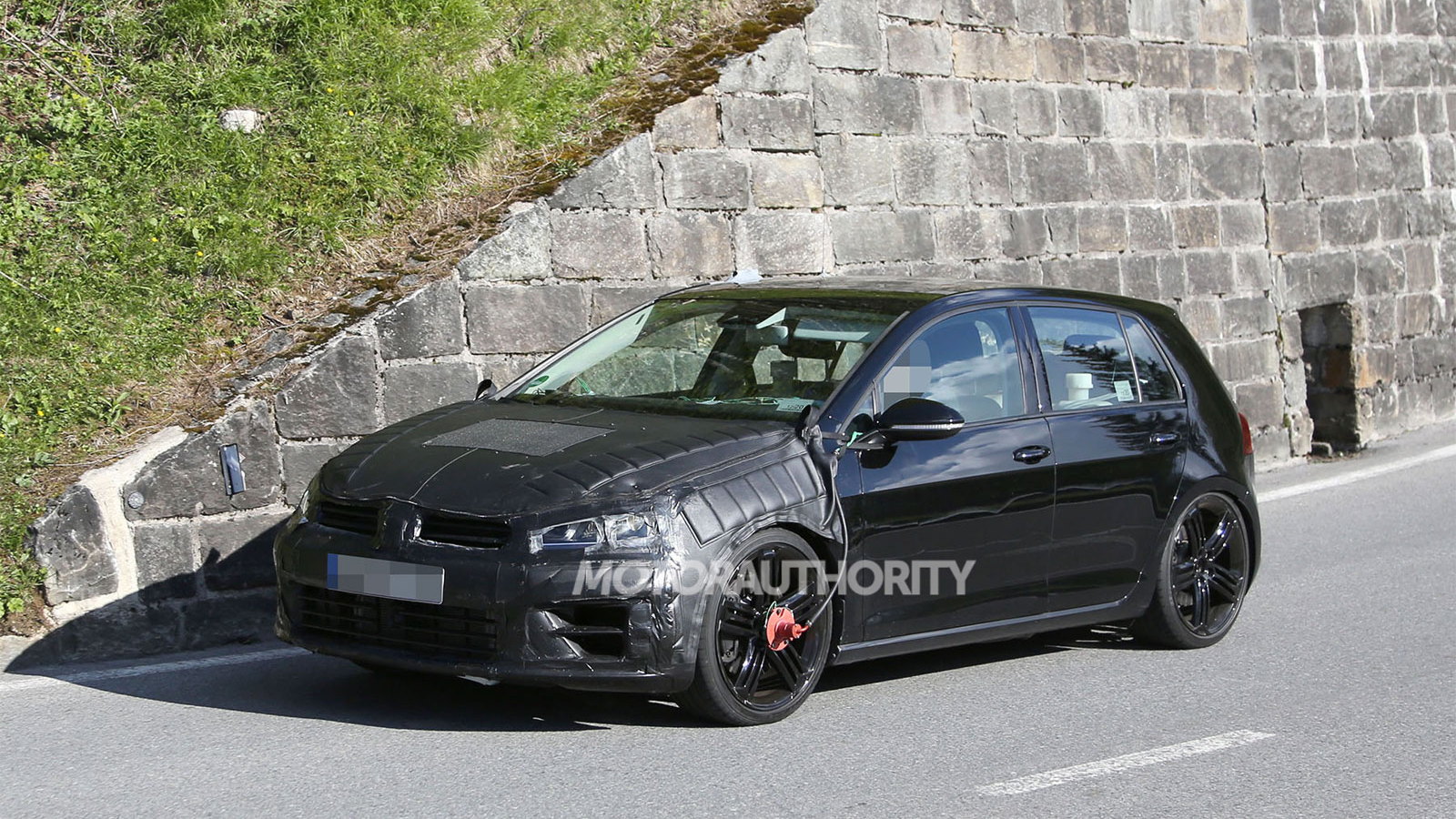 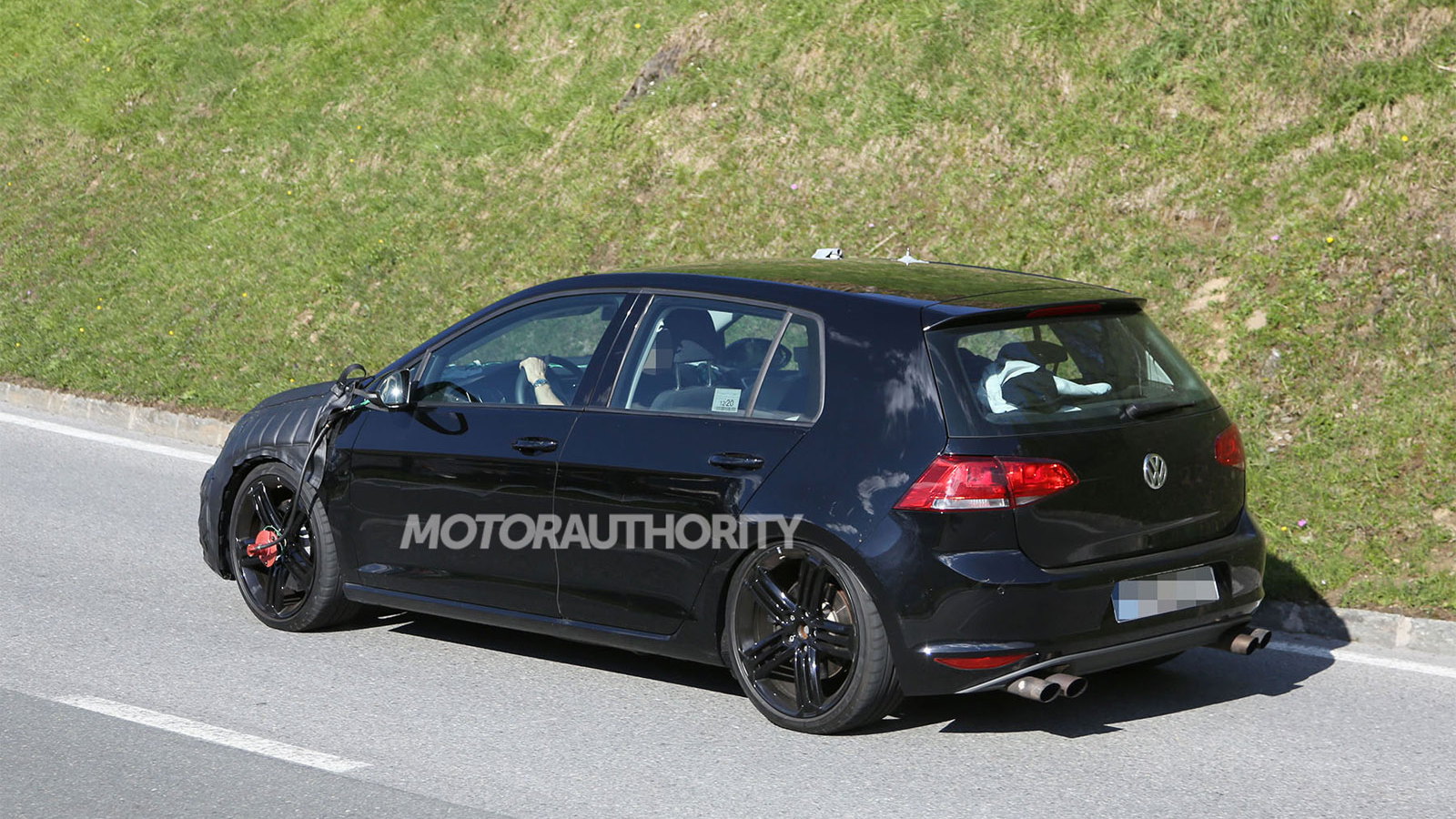 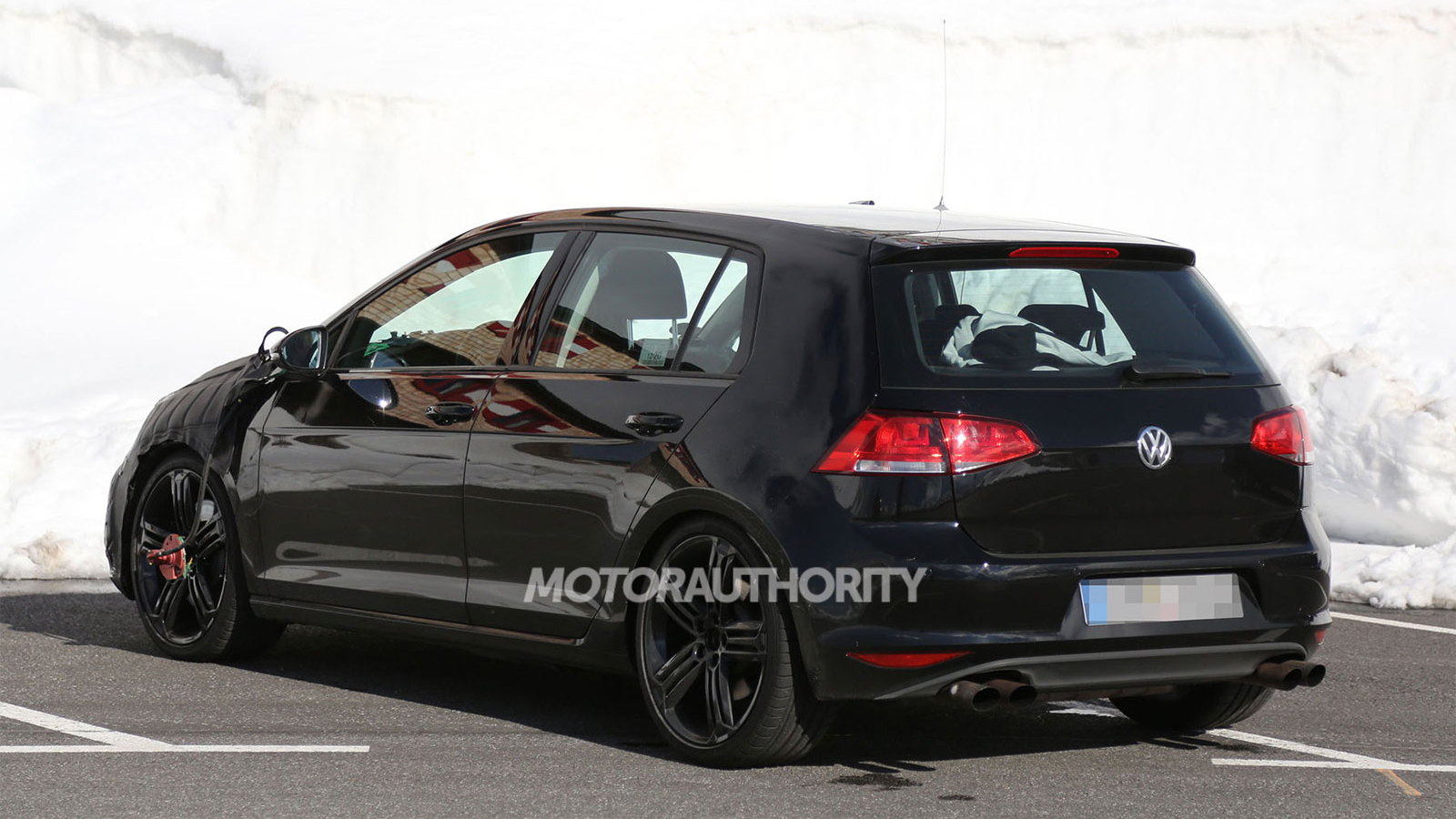 28
photos
Volkswagen’s seventh-generation Golf and GTI have made their official debut, but the cars won’t be on sale in local in showrooms until the start of next year. Hopefully by that time, development of the ultimate Golf, the all-wheel-drive Golf R, will be complete.

These latest shots show a prototype for the new Golf R testing while wearing almost no camouflage gear.

We know this is a prototype for the Golf R by its quad-exhaust tailpipe arrangement and 18-inch wheels that resemble the set on the current Golf R. A blacked-out grille and larger air intakes round out the list of Golf R treatments.

One of the shots also shows part of the interior, revealing an instrument cluster with two large binnacles and a metallic finish. It also appears that the cabin is more driver-focused, with the center column appearing angled slightly towards the driver. Of course, the interior is similar across the MkVII Golf lineup so we already have a pretty good idea as to what we can expect in the Golf R from the regular Golf and GTI models.

Under the skin will be Volkswagen’s latest MQB platform, but with a Haldex all-wheel drive system able to send 100 percent of driving force to the rear wheels when needed. That driving force will be courtesy of a turbocharged 2.0-liter four-cylinder engine once again, with output raised at least 20 horses over the 256-horsepower rating of the outgoing model.

A beefed-up version of the GTI’s XDS electronic differential lock is also expected. The system uses electronic sensors to detect wheel slip, then brakes the slipping wheel to transfer torque the opposite site, ensuring maximum grip under all conditions.

The lack of huge power gains means the new Golf R’s performance will be improved primarily by its lighter curb weight. Not only will it benefit from the lighter MQB platform but also via the use of carbon fiber for some components, such as the roof and possibly the hood. A six-speed manual transmission should remain standard, though an available dual-clutch DSG unit may be offered this time around.

We’re expecting the new Golf R to be launched next year, shortly after the launch of the regular Golf and GTI. Both three and five-door versions (the latter is seen here) should be available, and pricing shouldn’t deviate much from the $33,990 starting price of the current model.

Note, while versions of the latest Golf and GTI to be sold in the U.S. will be produced in Mexico, the Golf R is likely to be still sourced from Germany.

Look for a debut at the 2013 Frankfurt Auto Show this September but in the meantime check out our previous spy video of the car.