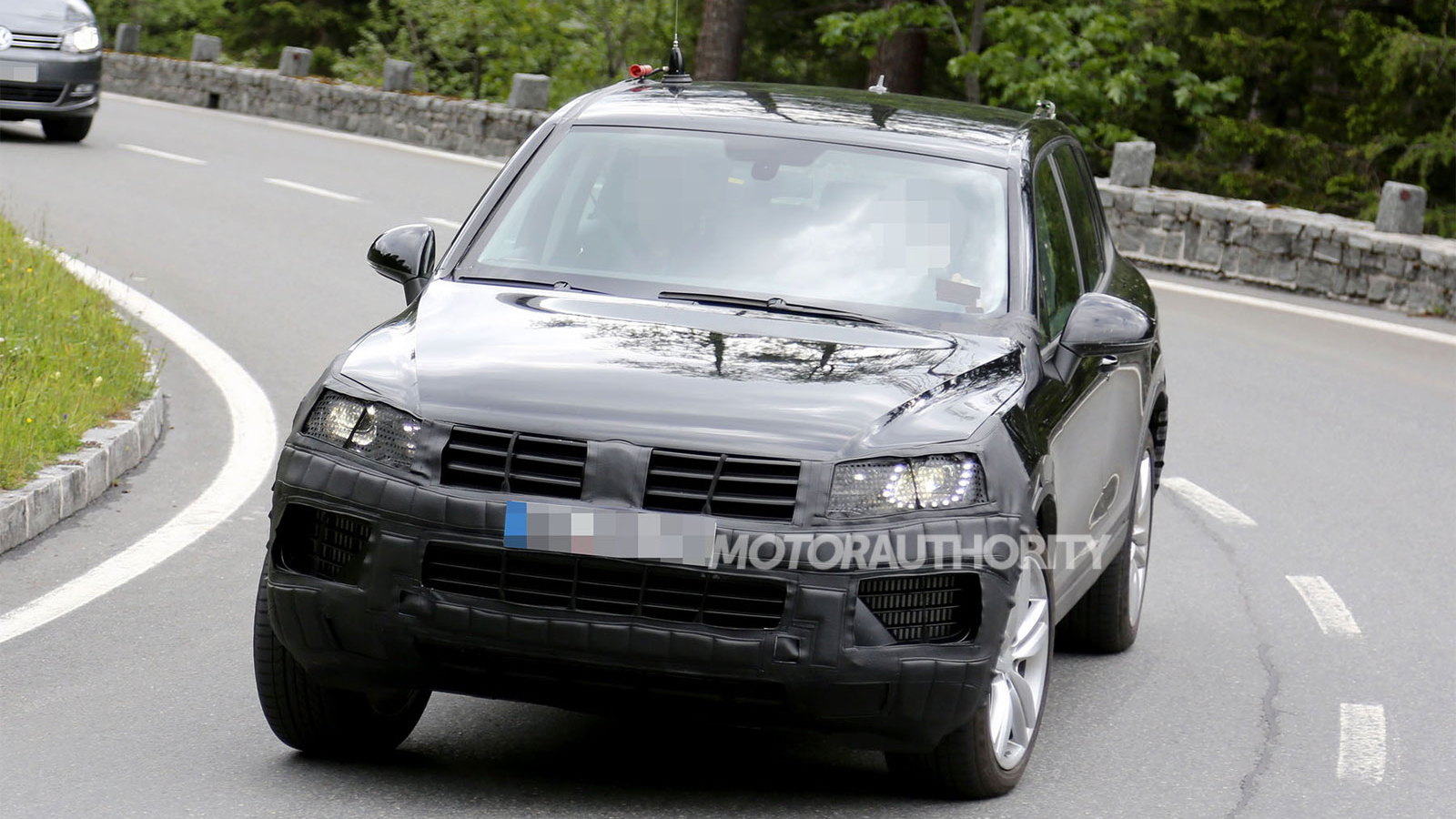 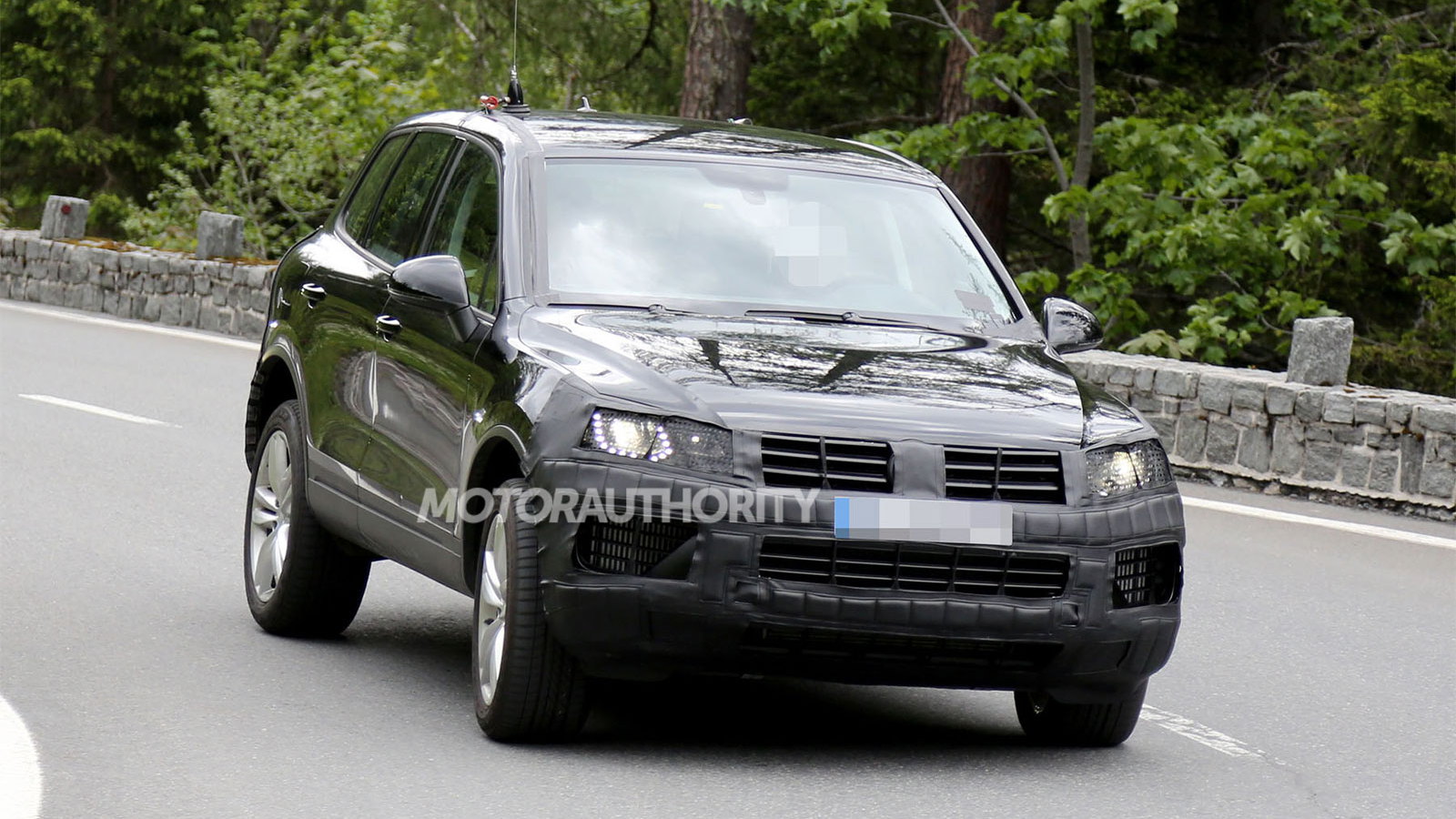 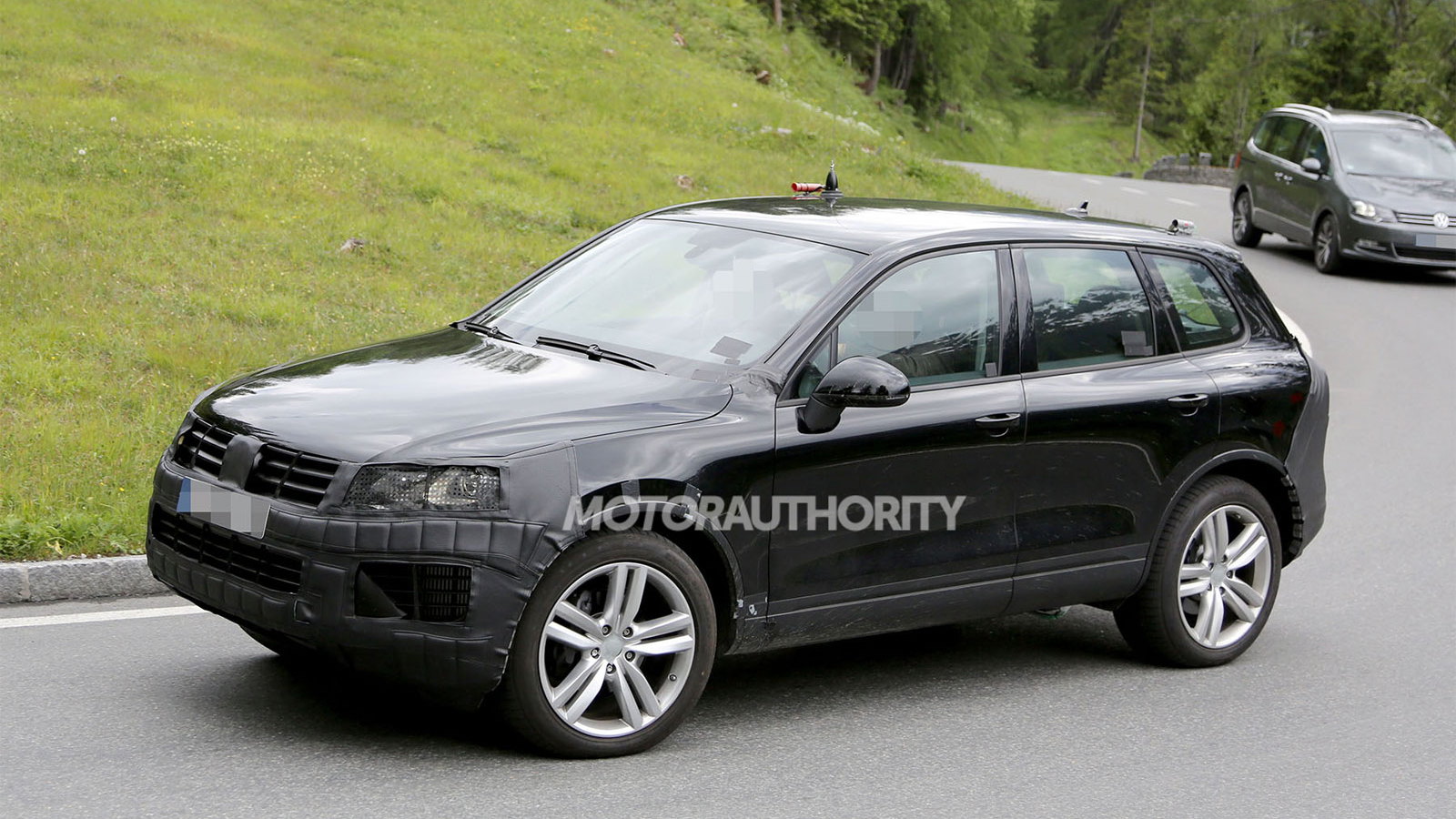 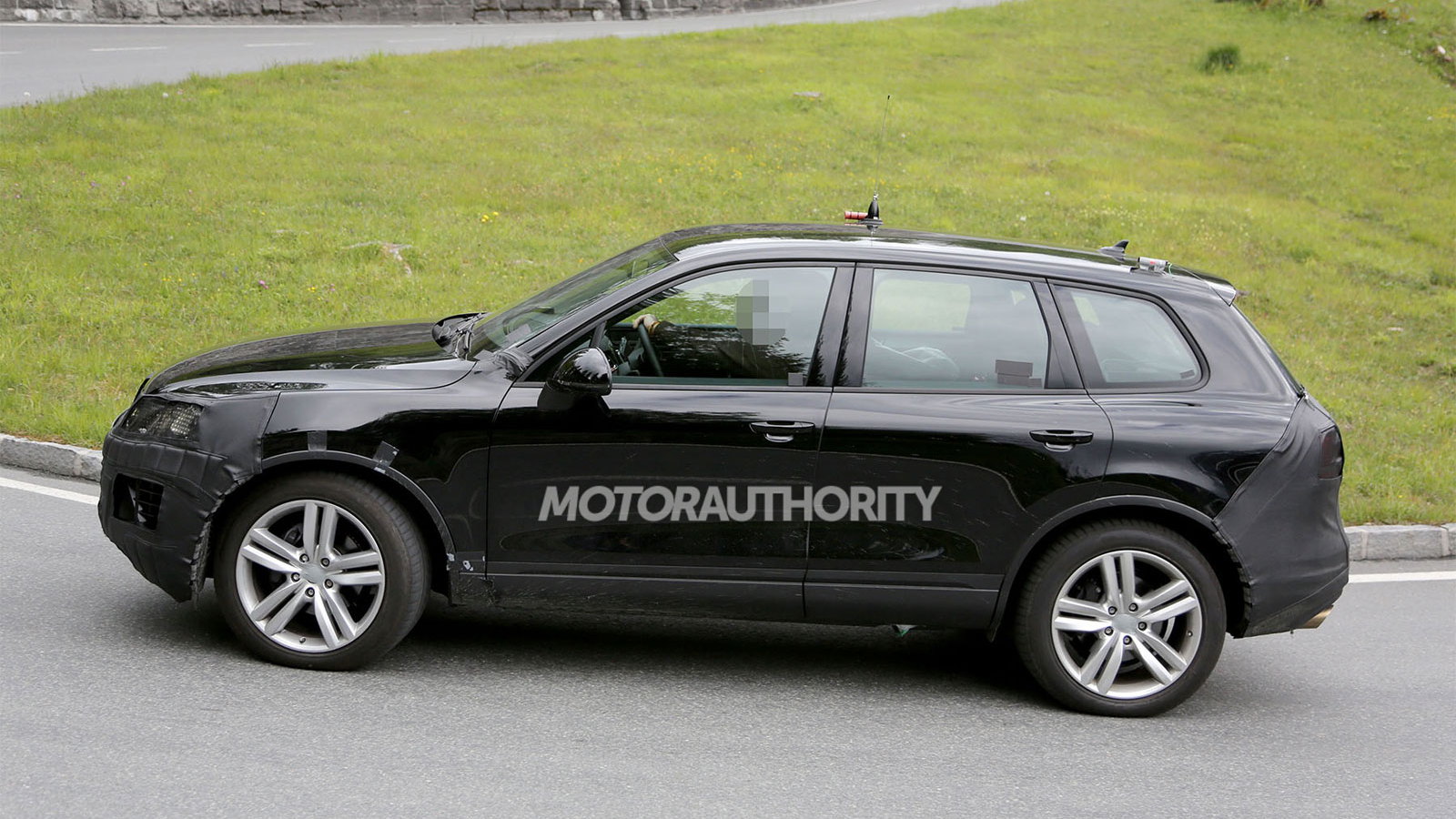 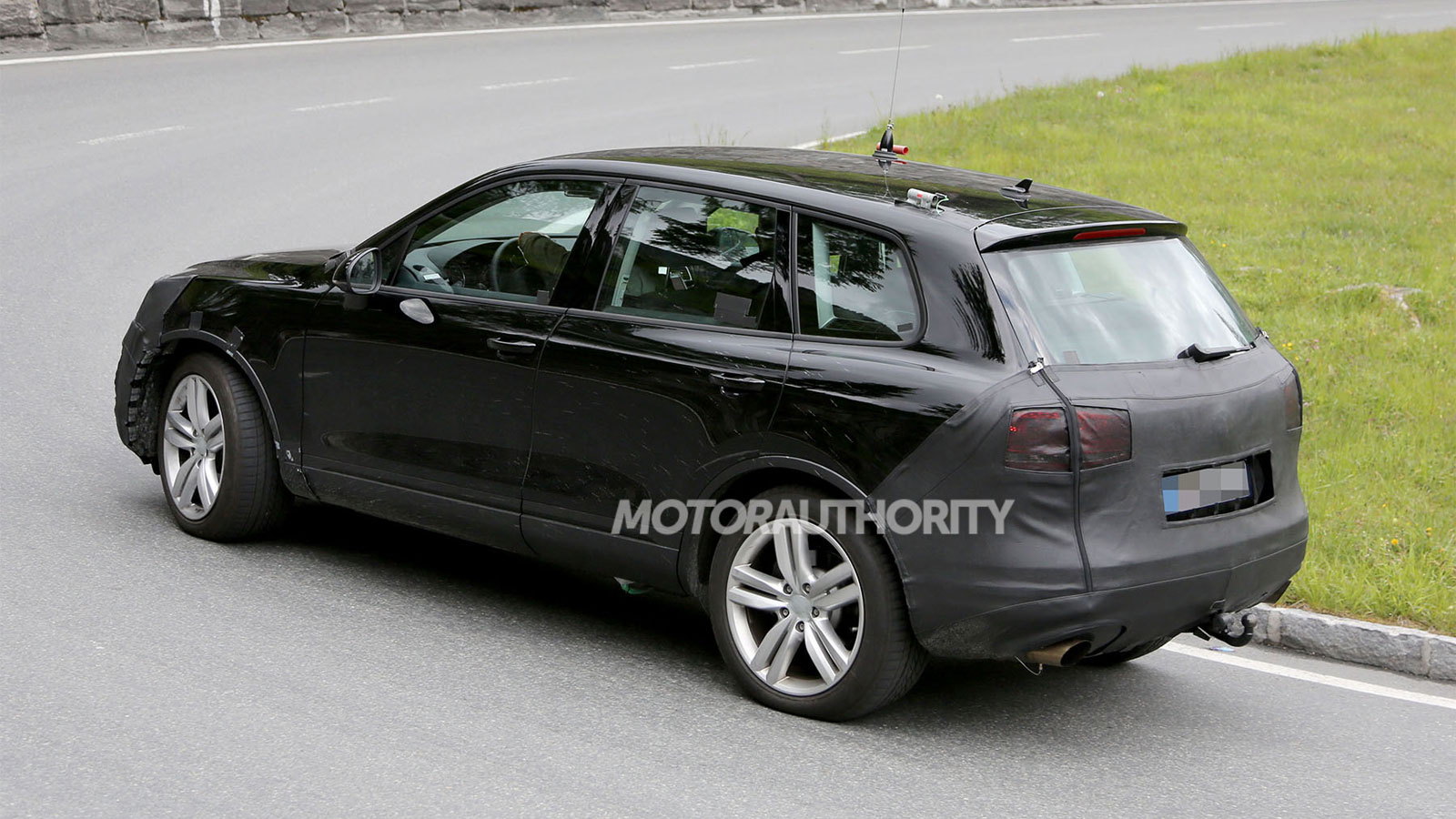 14
photos
As we recently reported, Volkswagen is preparing a facelift for its Touareg that we’re expecting to launch in the fall of 2014, as a 2015 model. Today, we have a spy video of a prototype for this 2015 Touareg, which was spotted testing on a public road in the Alps.

Engineers typically use these roads for validation of transmission and braking systems, which one would expect this early in the car’s development.

As this is only a mid-cycle update (the second-generation Touareg has been on sale since 2011), the visual changes to the car will be modest.

Camouflage gear on the front and rear sections of this prototype suggest we’re likely to see some new bumpers, a revised grille and possibly some changes to the lights.

Inside, Volkswagen is expected to update the infotainment system by installing its latest modular unit. The system is based around a capacitive touch-screen mounted in the dash that will allow the driver to control most of the vehicle functions via the screen, or by using voice or steering wheel controls.

Though it’s yet to be confirmed, we could also see output of some of the Touareg’s engines increased for the 2015 model year. The 3.0-liter turbodiesel V-6 in the TDI model could see its current 225-horsepower rating boosted to somewhere around 260 horsepower and overseas we could see a four-cylinder engine added to the lineup.

While the Touareg’s corporate sibling, the Porsche Cayenne, is on track to receive a new ‘E-Hybrid’ plug-in option as part of its 2015 model year update, similar to that offered on the 2014 Porsche Panamera, it’s not clear if the Volkswagen SUV will also receive the option, though it is a possibility.