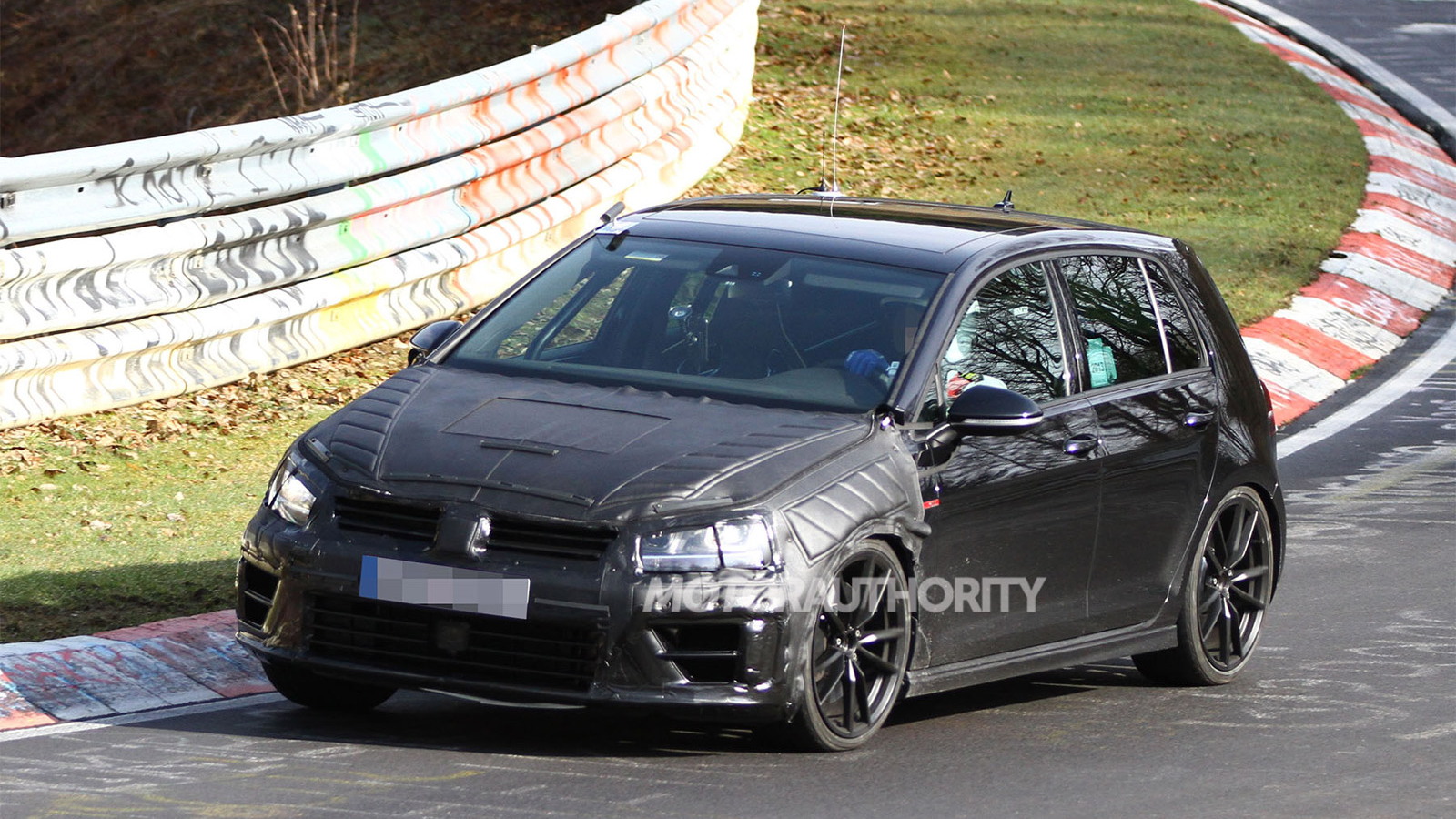 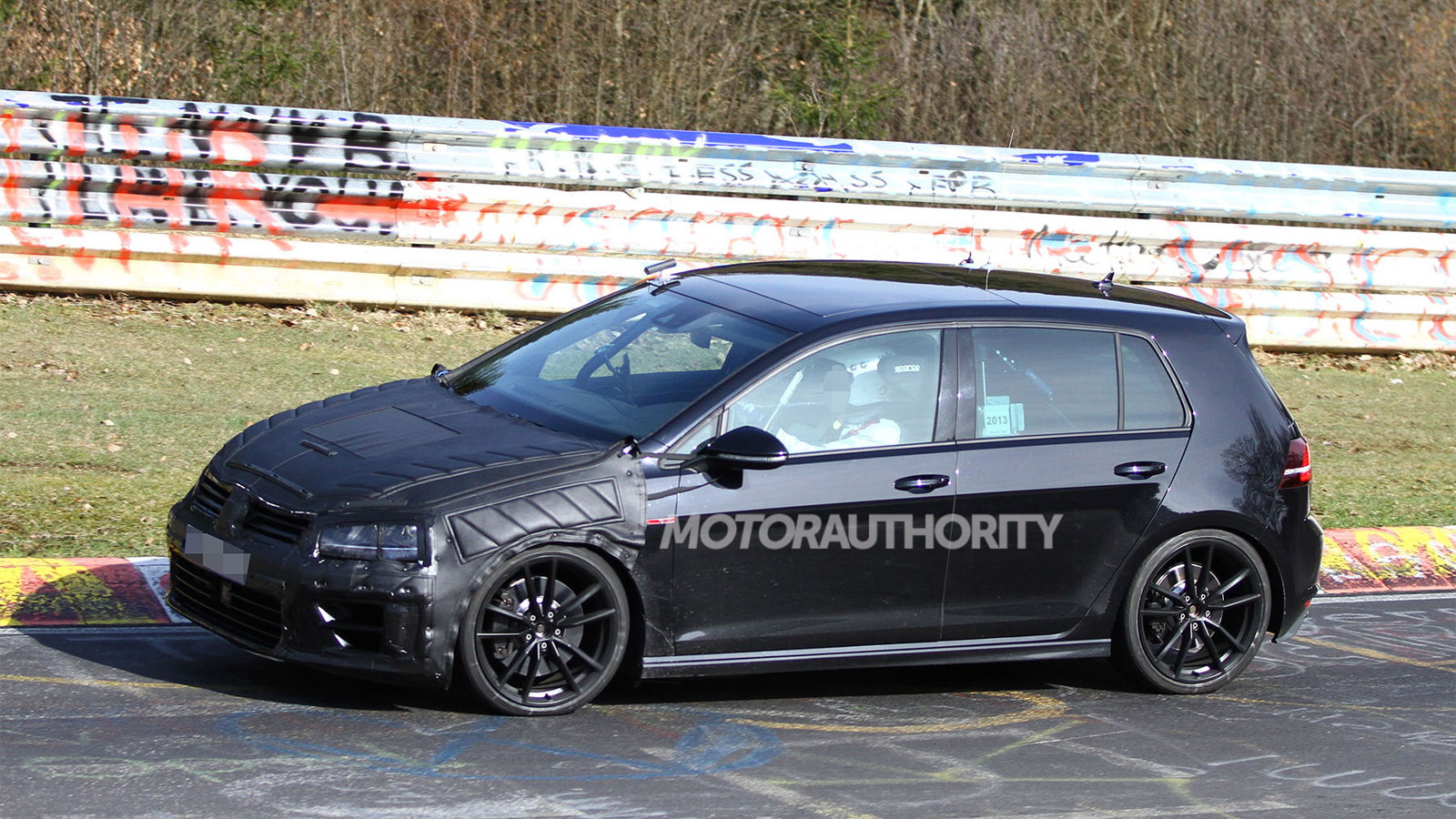 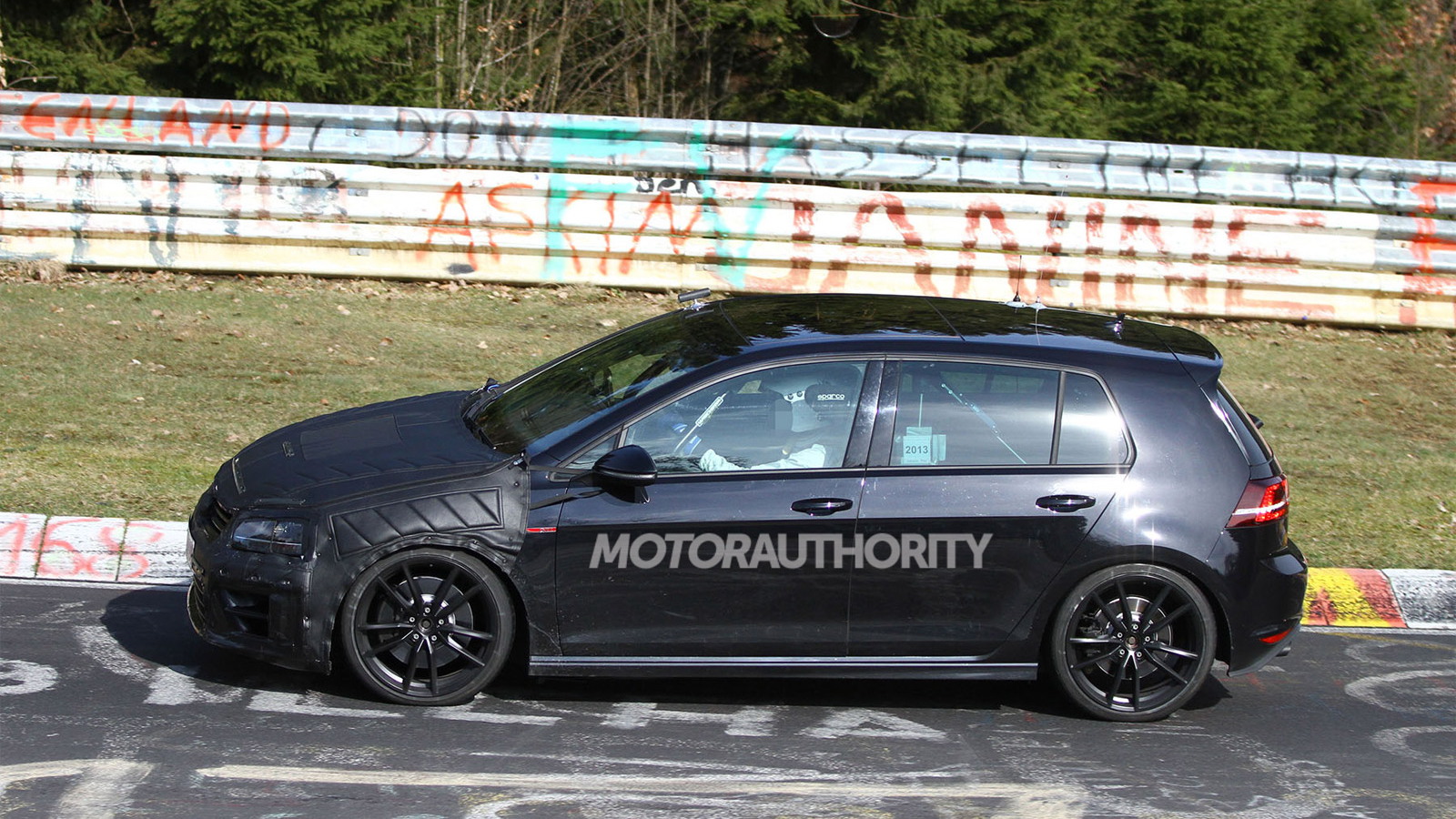 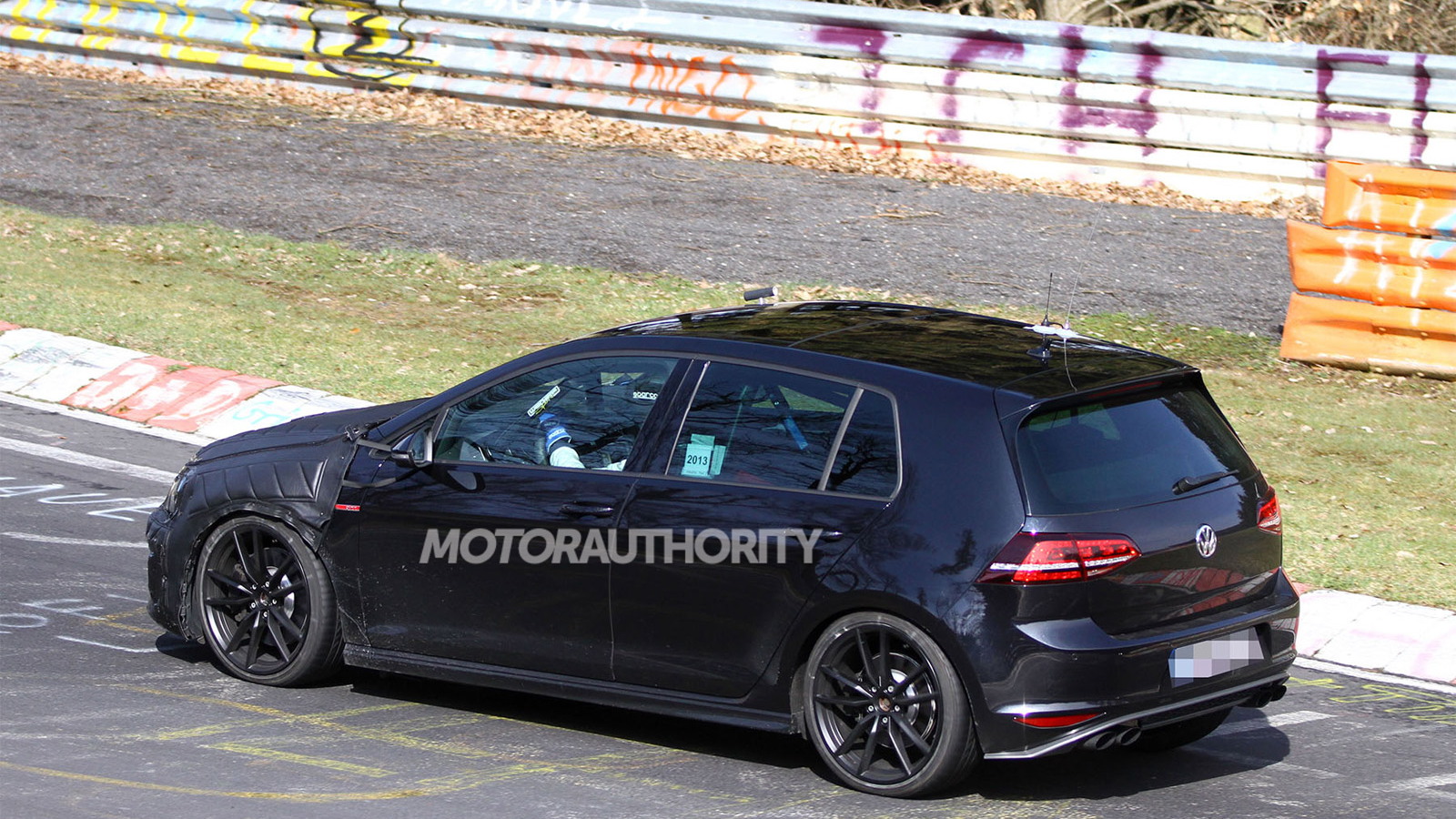 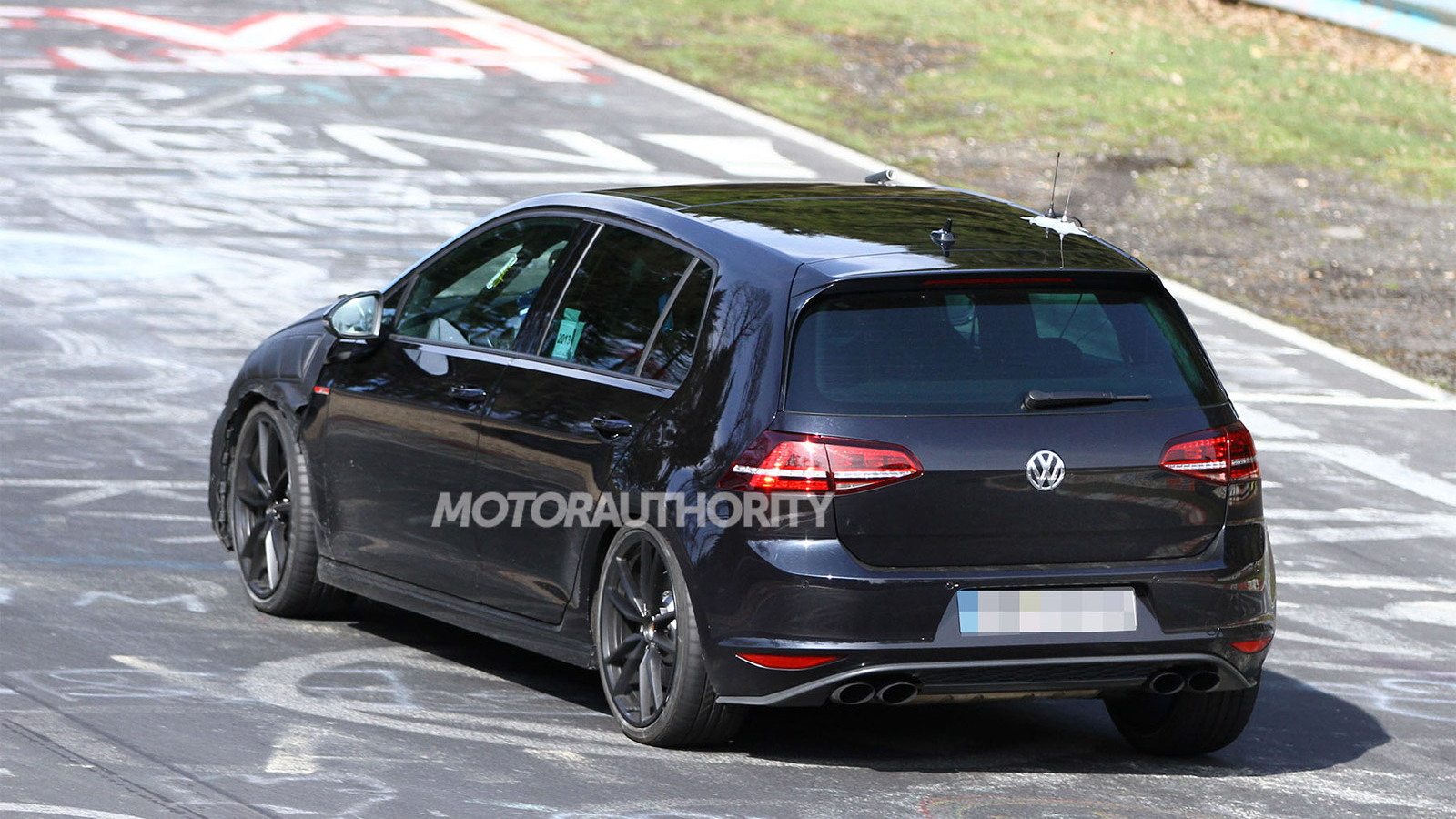 6
photos
Volkswagen’s 2015 Golf hits local showrooms in the first quarter of next year, and while that’s more than a year later than in other markets, the delay means the yet-to-debut Golf R variant should be available by then.

Volkswagen is in the final stages of the high-performance hatchback’s development, with an official world debut mooted for the 2013 Frankfurt Auto Show in September.

We’ve already seen plenty of spy shots for the car, but now we have an exclusive spy video depicting a prototype carving up the chicanes of Germany’s notorious Nürburgring circuit.

The video confirms that the latest Golf R will be just as ferocious as its predecessor, as well as featuring the same voracity in its exhaust note. You can thank the exhaust system’s adjustable valve, borrowed from the 2015 Audi S3, for the throaty tones.

That’s not all that will be borrowed from the S3, as most reports predict the Golf R will pick up the Audi’s turbocharged and direct-injected, 2.0-liter four-cylinder engine. Expect output to be raised by at least 20 horses over the outgoing Golf R’s 256-horsepower rating. A six-speed manual transmission should remain standard, though an available dual-clutch DSG unit may be offered this time around.

Under the skin will be Volkswagen’s latest MQB platform, the same as all other 2015 Golf models as well as the full 2015 Audi A3 range. However, the Golf R will benefit from a Haldex all-wheel-drive system able to send 100 percent of driving force to the rear wheels when needed. A beefed-up version of the GTI’s XDS electronic differential lock is also expected.

Visually setting apart the new Golf R from the rest of the Golf range will be a blacked-out grille, custom bumpers with larger air intakes and custom wheel patterns.

Both three and five-door versions (the latter is seen here) should be available, and pricing shouldn’t deviate much from the $33,990 starting price of the current model.

Note, while versions of the latest Golf and its GTI variant to be sold in the U.S. will be produced in Mexico, the Golf R is likely to be still sourced from Germany as the cars need to undergo their finishing at Volkswagen’s R performance division.