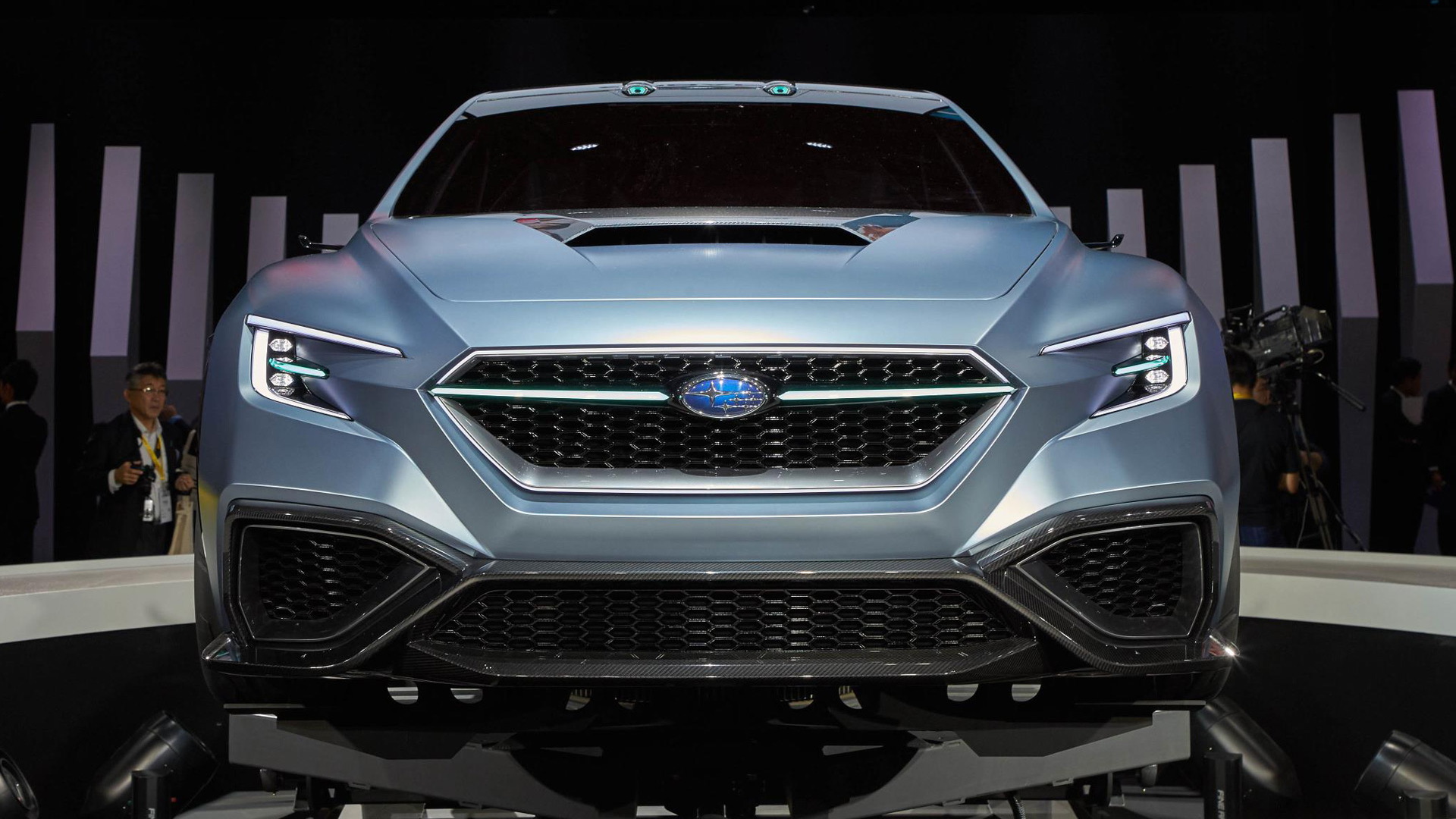 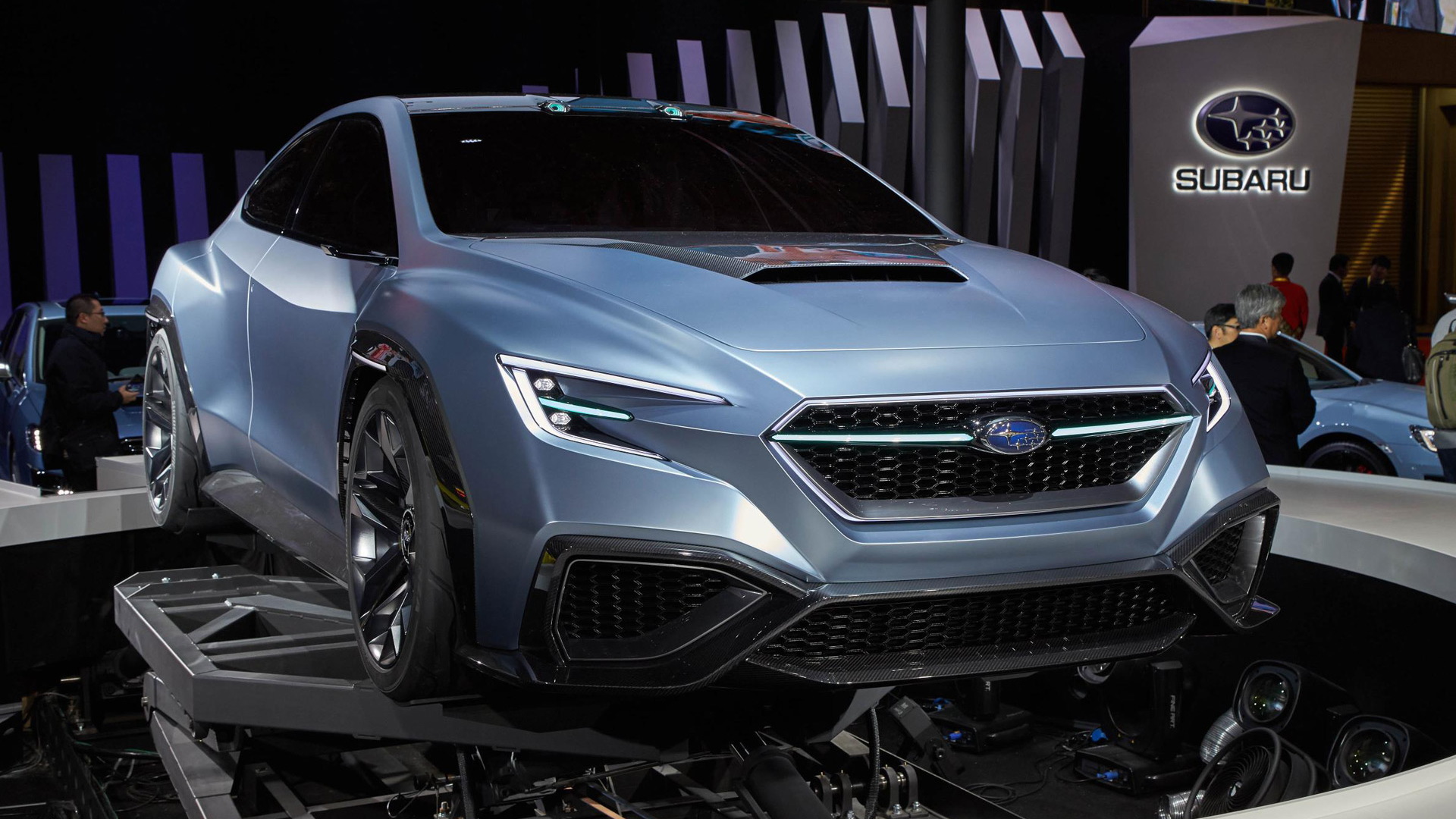 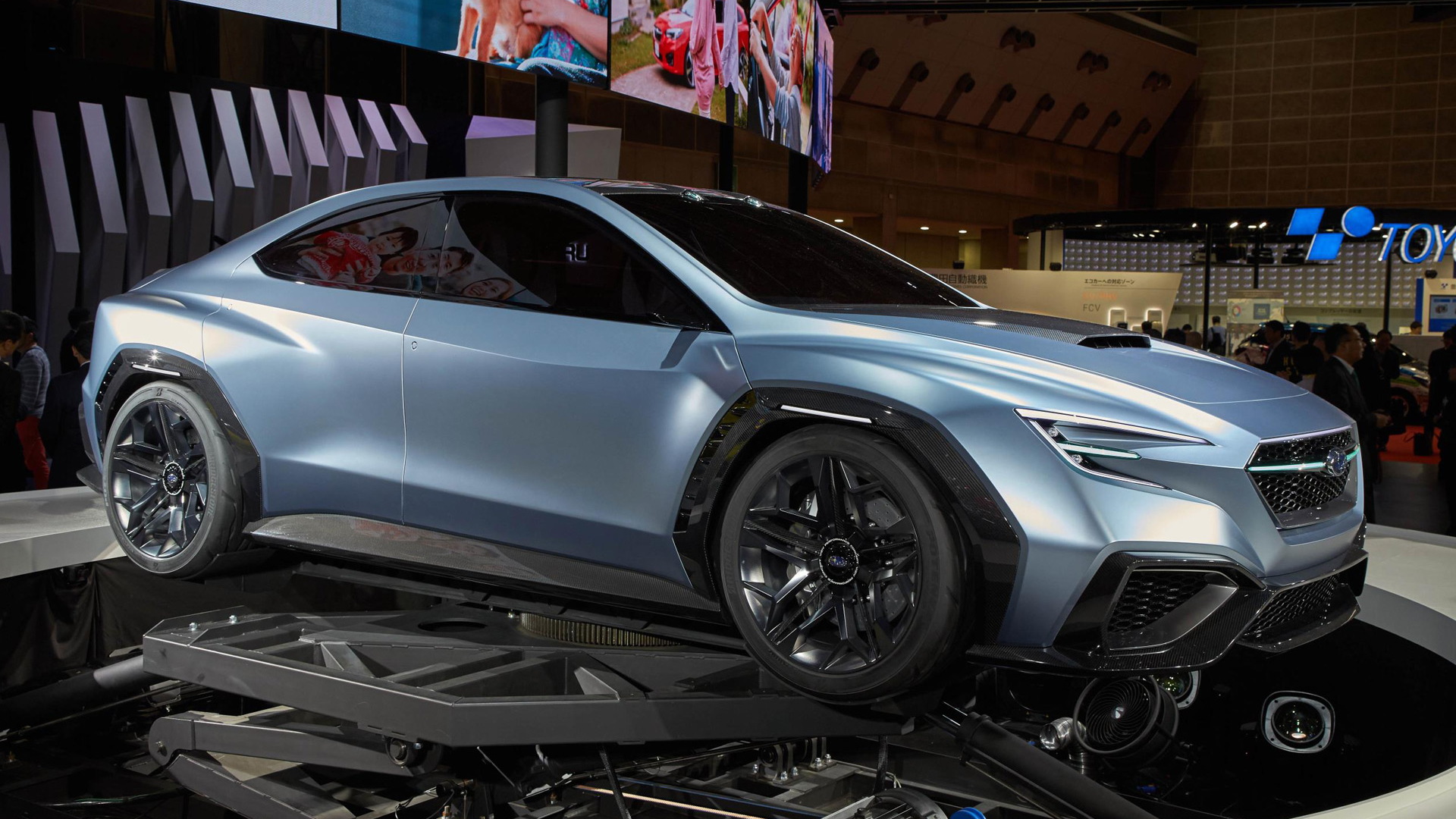 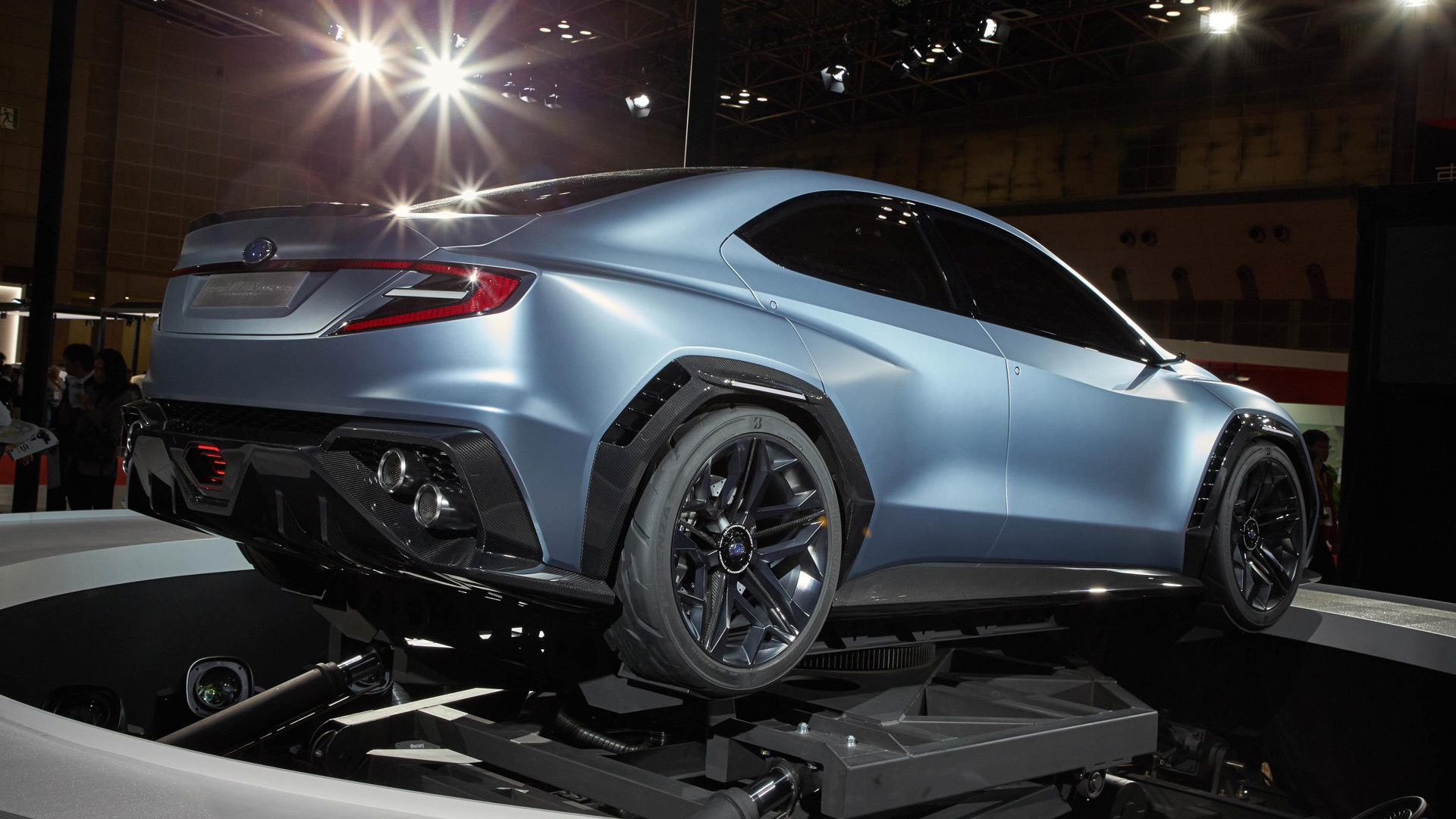 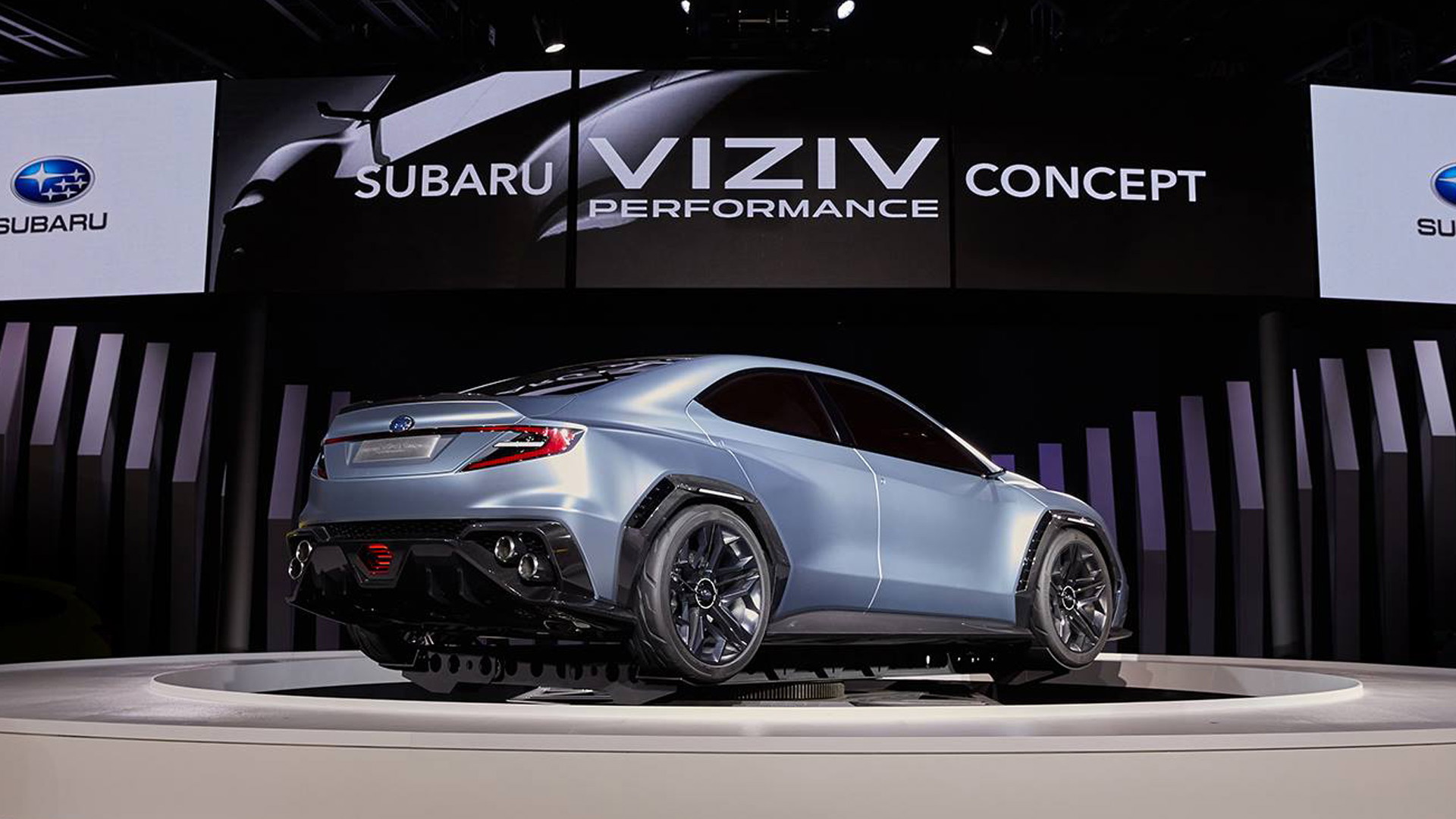 Subaru in recent years has been hinting at spinning off the WRX into a standalone car, as opposed to it being a high-performance variant of the Impreza as is the case at present.

Well, if the new WRX looks anything like the Viziv Performance concept unveiled on Wednesday at the 2017 Tokyo Motor Show, we’re sure no one will be comparing it to the humble Impreza with which it will still likely share some components.

The Viziv name is a portmanteau of “vision” and “innovation” and has been applied to a number of forward-looking concepts from Subaru in recent years, though this is the first time it’s been used on a sedan.

We know of at least two new sedans in the works at Subaru. One is a next-generation Legacy and the other a next-gen WRX. Both are due in the next couple of years.

At 182 inches in length, the concept is almost identical in length to the current WRX. And given its performance nature, it’s safe to assume Subaru is hinting at the next generation of its popular performance sedan.

Key elements of the design include a lowered ride height, muscular haunches, and flared wheel arches accented with vents. Rear-facing cameras also serve in place of ordinary side mirrors. We’re also told that the concept is powered by a boxer engine, likely turbocharged given the massive hood scoop.

Subaru has also fitted the concept with some upcoming electronic driver aids. These are scheduled for launch around 2020, which is pretty much when the next-gen WRX is due.

One word of caution, though. Before you get too excited about the design, note that Subaru has an annoying habit of rolling out concepts that look nothing like the production models they preview. Remember the awesome WRX concept from 2013? Well, the WRX we got looked nothing like the stunning show car.

Also on Subaru’s stand in Tokyo is the limited-edition BRZ STI Sport. This isn’t a dedicated STI model. Rather, it benefits from a few STI enhancements designed to improve ride quality and handling stability. We’re getting something similar in the form of the 2018 BRZ tS (tuned by STI).