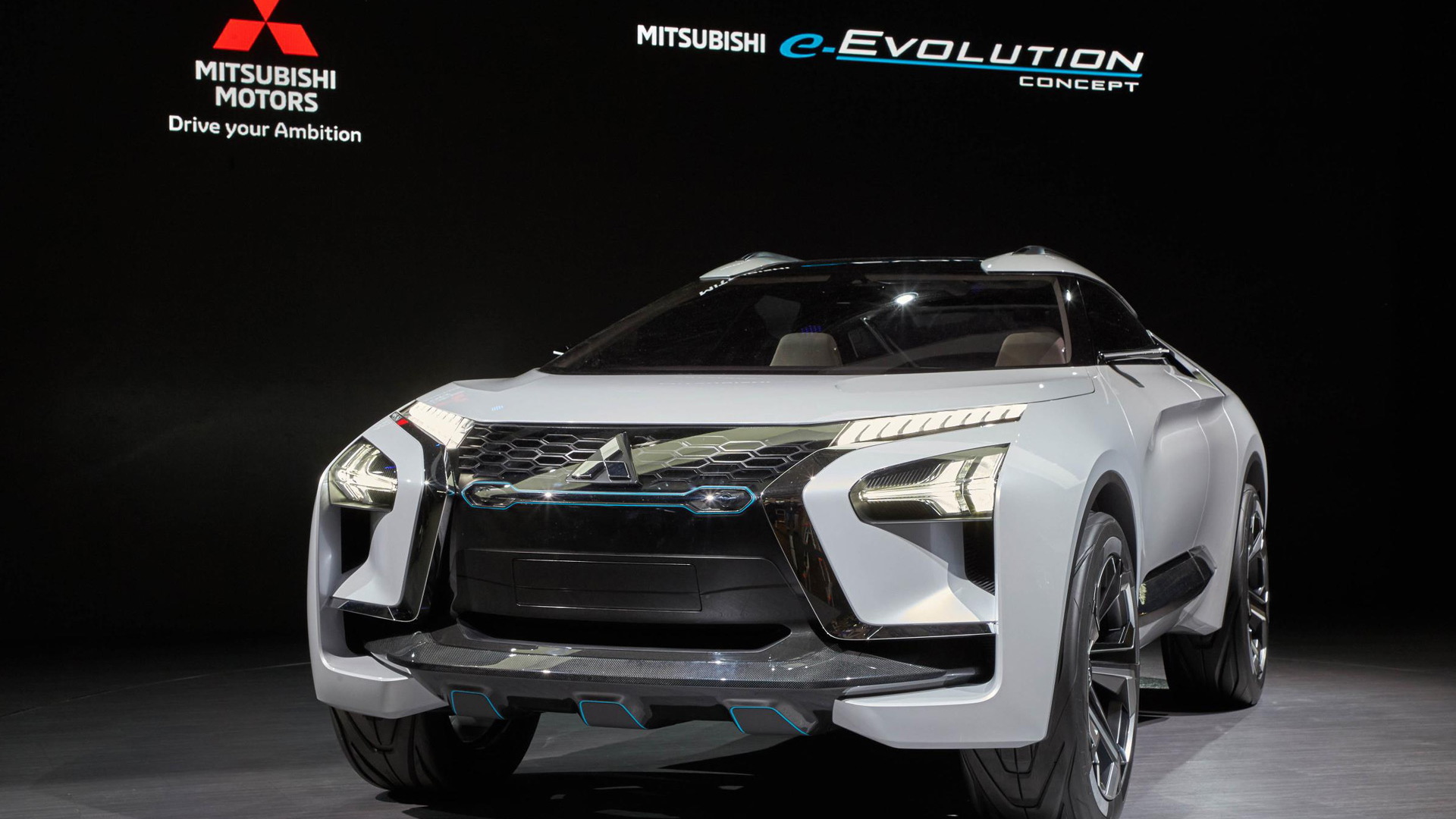 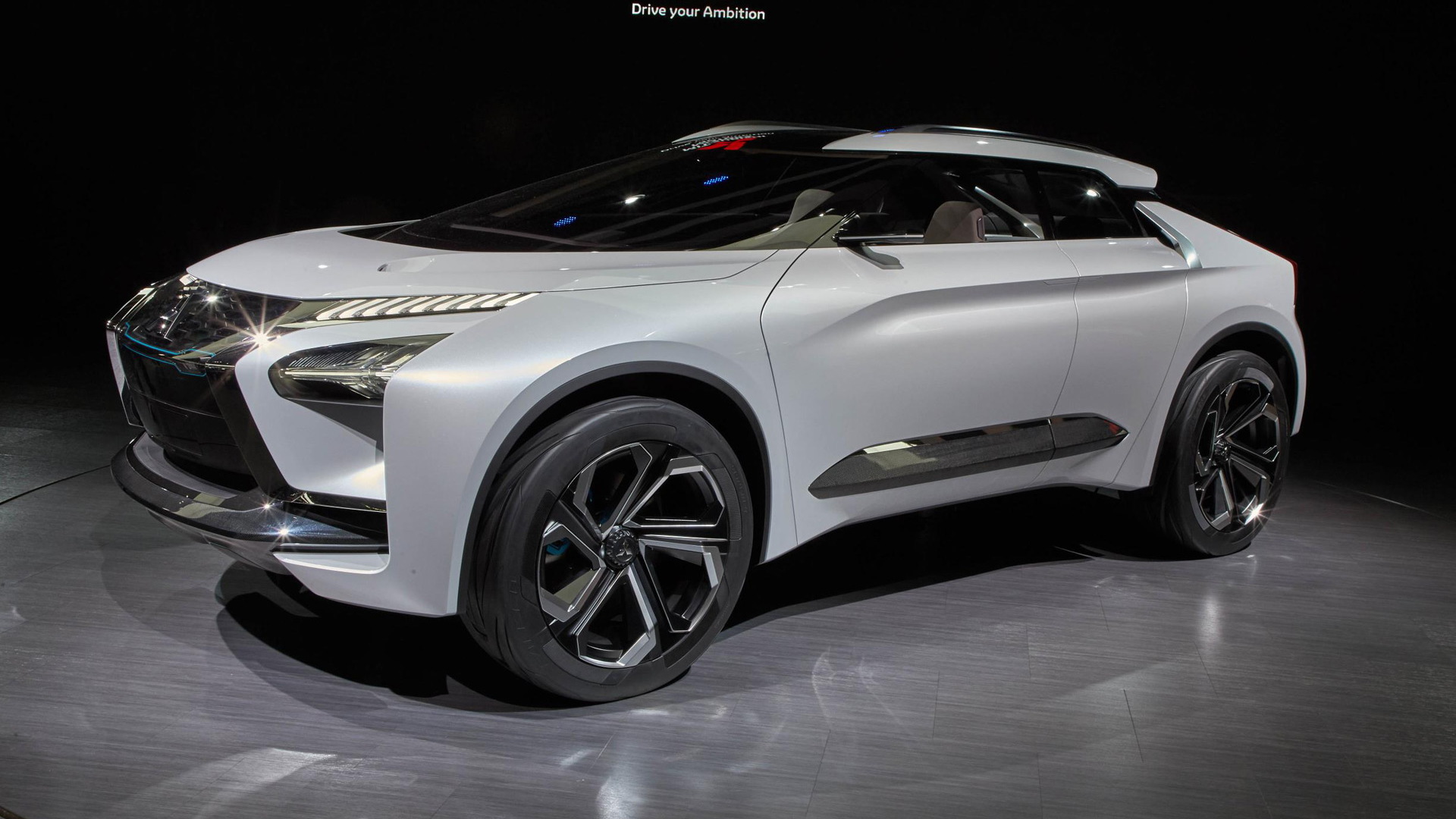 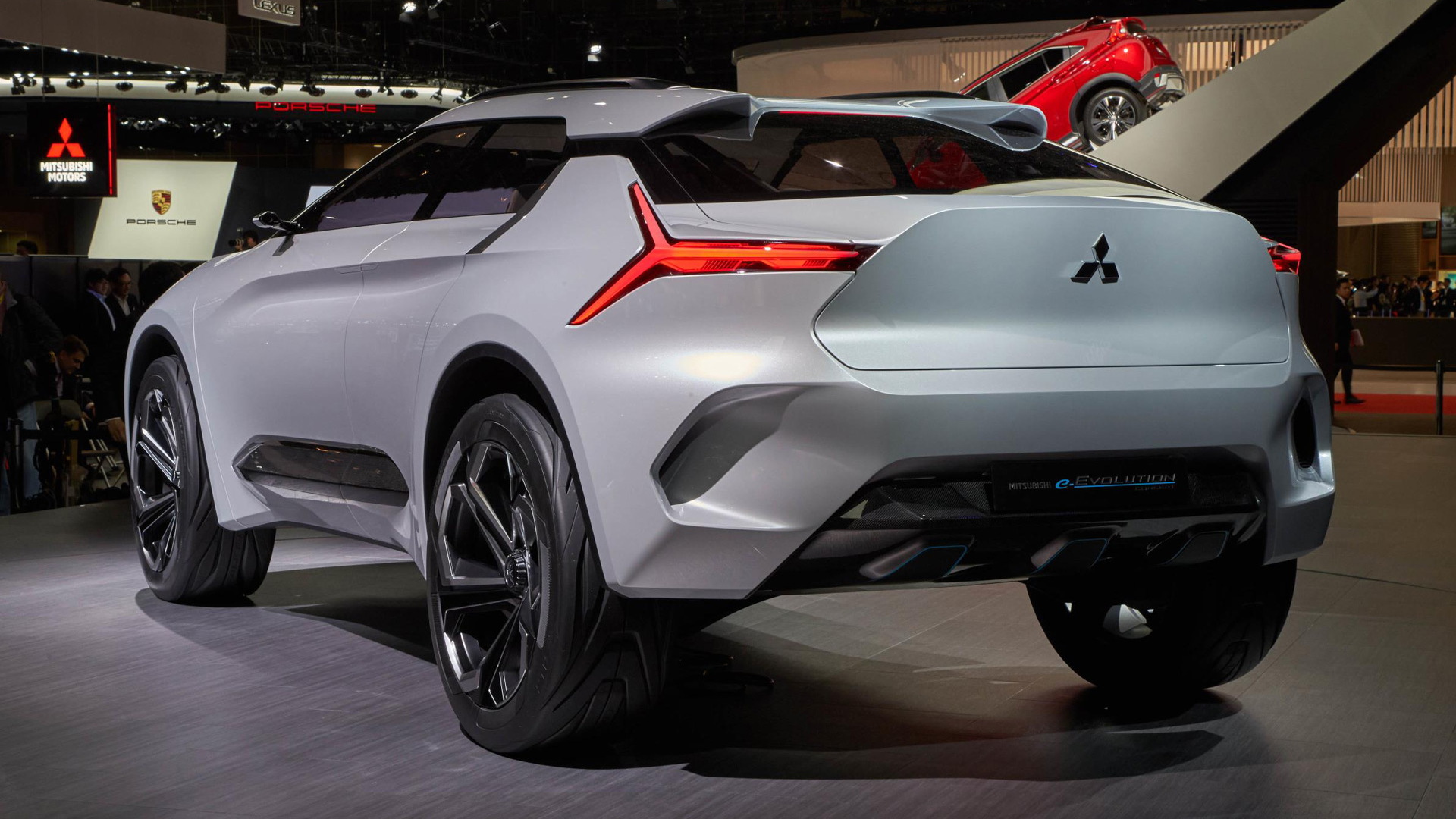 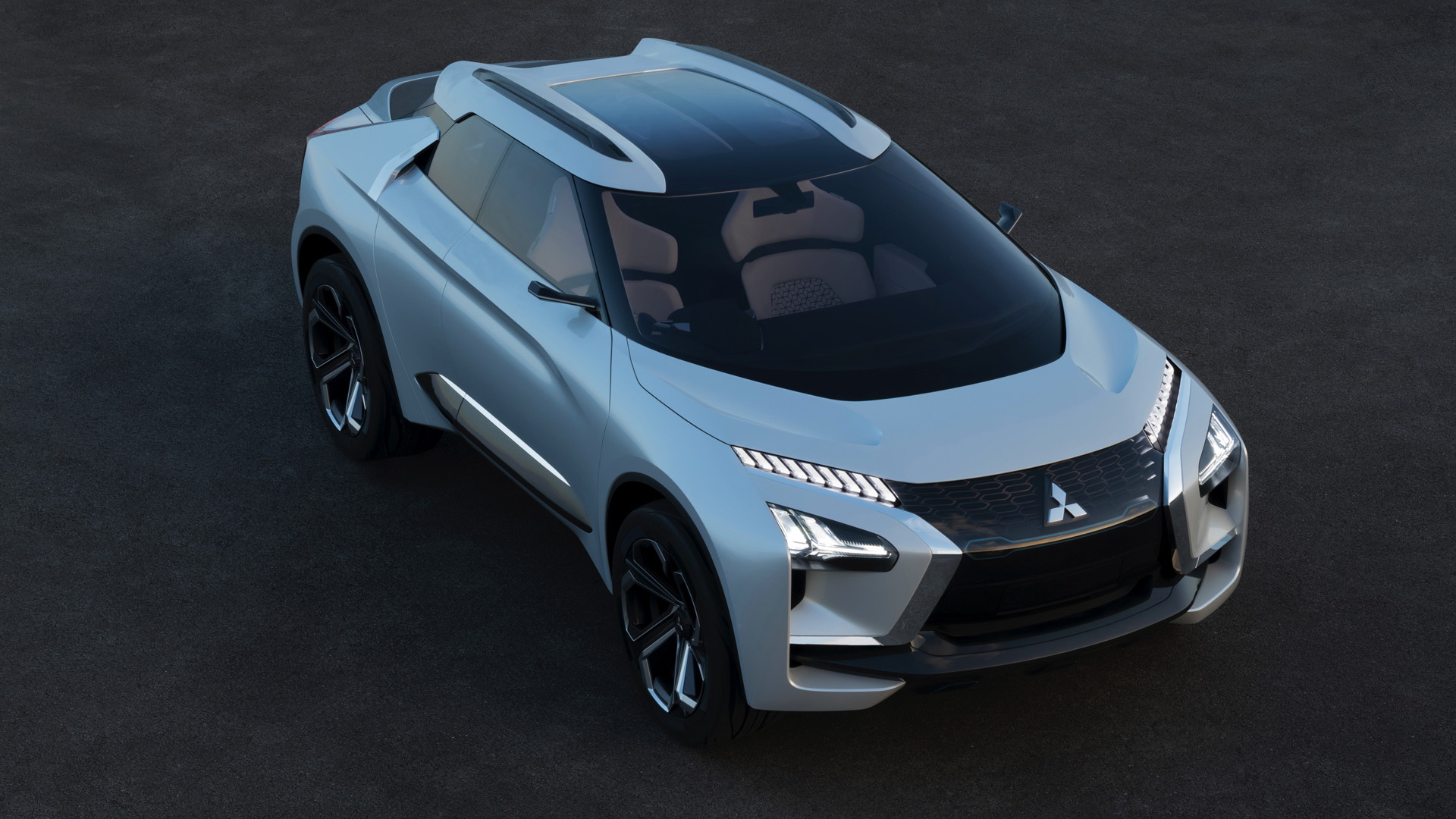 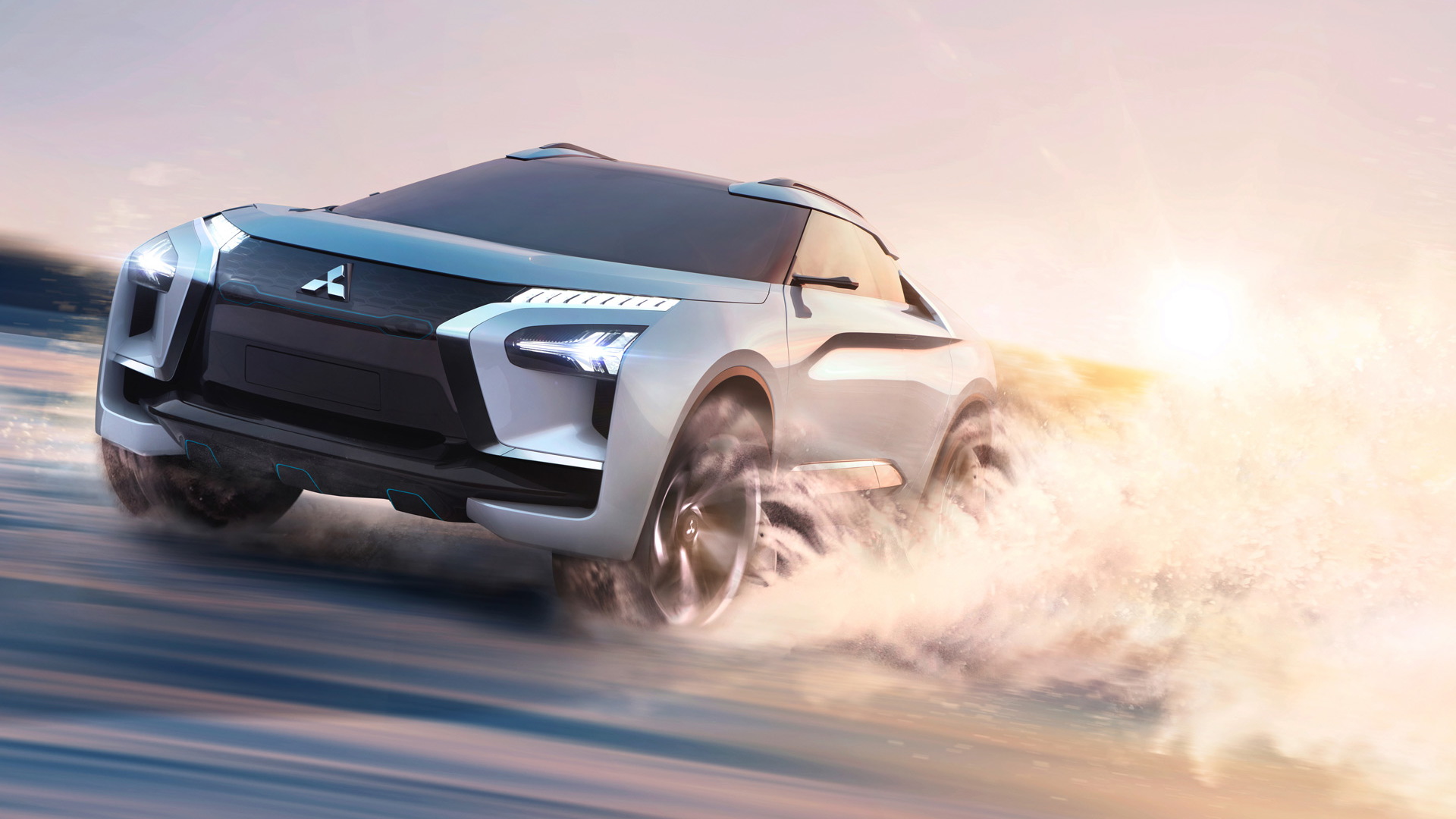 Mitsubishi pulled the plug on the Lancer Evolution last year, but the automaker won't lay the iconic nameplate to rest permanently.

On Wednesday, at the 2017 Tokyo Motor Show, Mitsubishi gave us a look at a potential new direction for the Evo with the unveiling of an electric SUV concept called the e-Evolution.

While Mitsubishi was short on details, it did say the e-Evolution concept uses a trio of high-torque and high-performance electric motors, supplied by a high-capacity battery system. One of the motors is mounted up front and the remaining two at the rear. This forms a powerful all-wheel-drive system complete with torque vectoring and active yaw control. The concept was also said to be fitted with electric brake calipers. These are said to provide superior performance to conventional hydraulic calipers, even at low speeds.

Another feature worth mentioning is an artificial intelligence system designed to interpret the driver’s intentions and alter vehicle systems to suit. An array of sensors also allows the AI system to instantly read changes in road and traffic conditions. A special coaching function also allows the AI system to transfer knowledge to the driver via display screens and voice dialog. The result is that even those with limited ability behind the wheel will be able to drive like a pro. 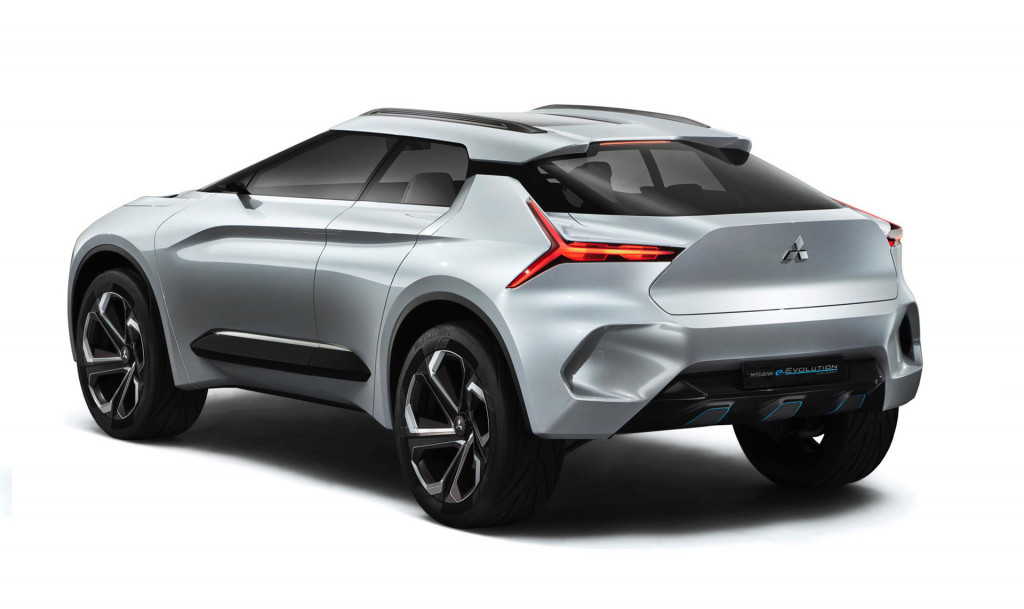 The AI system will also control other functions via voice activation, such as headlights and wiper blades, and it can alert the driver to various malfunctions.

Inside the concept, a large flat screen spans the full width of the dashboard. It displays outside conditions, navigation and coaching information. The large screen is flanked by two smaller screens, showing images from front and rear cameras. And expansive glass sections provide a near 360-degree view for occupants.

In the grander scheme of things, the e-Evolution ushers in a new strategy for Mitsubishi emphasizing an adventurous spirit. Called Drive your Ambition, the strategy will see Mitsubishi’s lineup skew towards SUVs with electric mobility and connectivity.